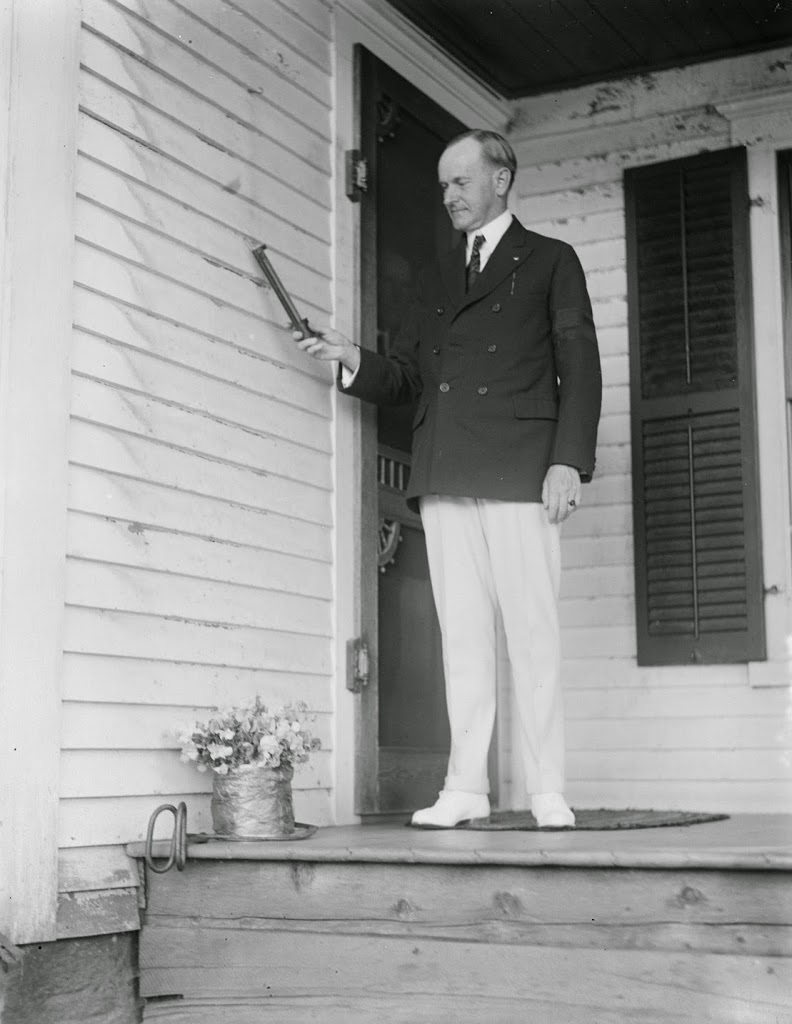 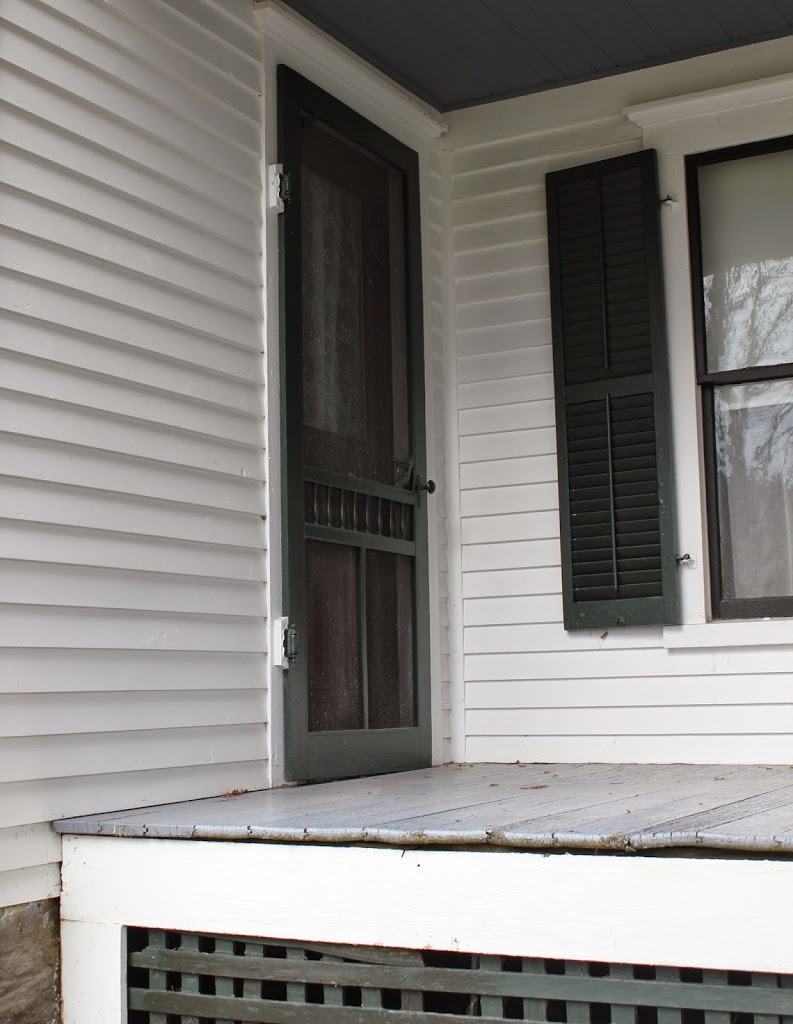 The front porch of the Coolidge Homestead doesn’t look much different from its appearance 90 years ago; it is now a museum and has been restored to its appearance during Coolidge’s presidency.  Here, he is checking the thermometer; according to Leslie Jones’s caption, “It said 80 degrees in the shade.”