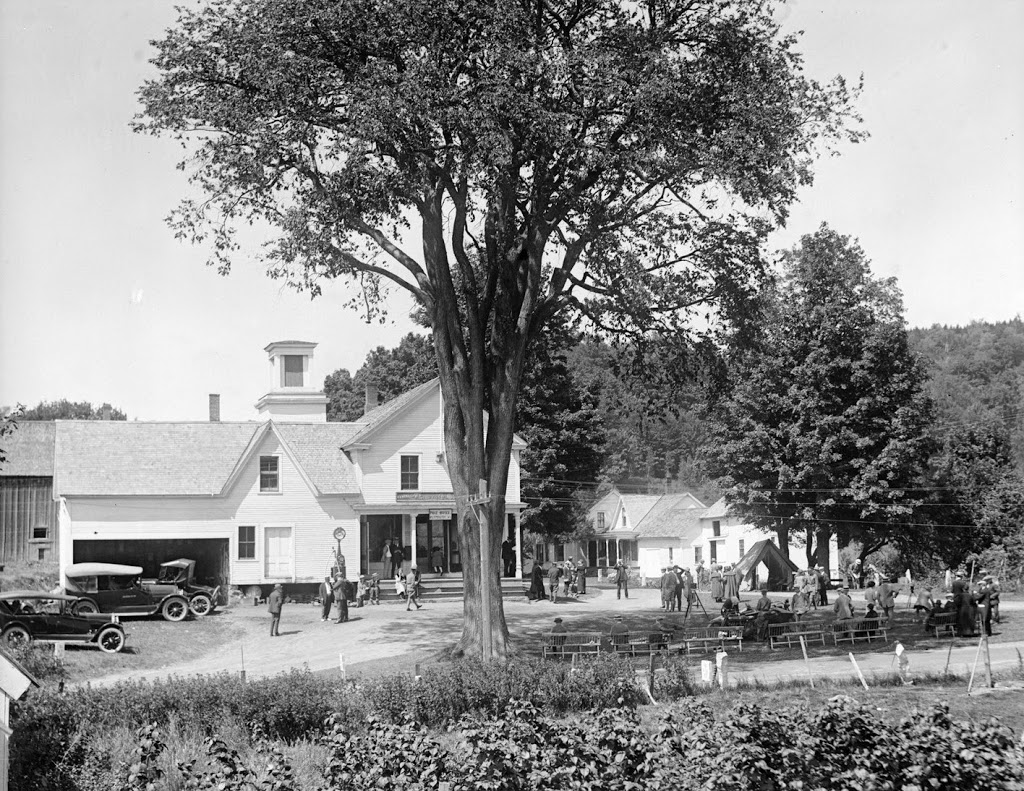 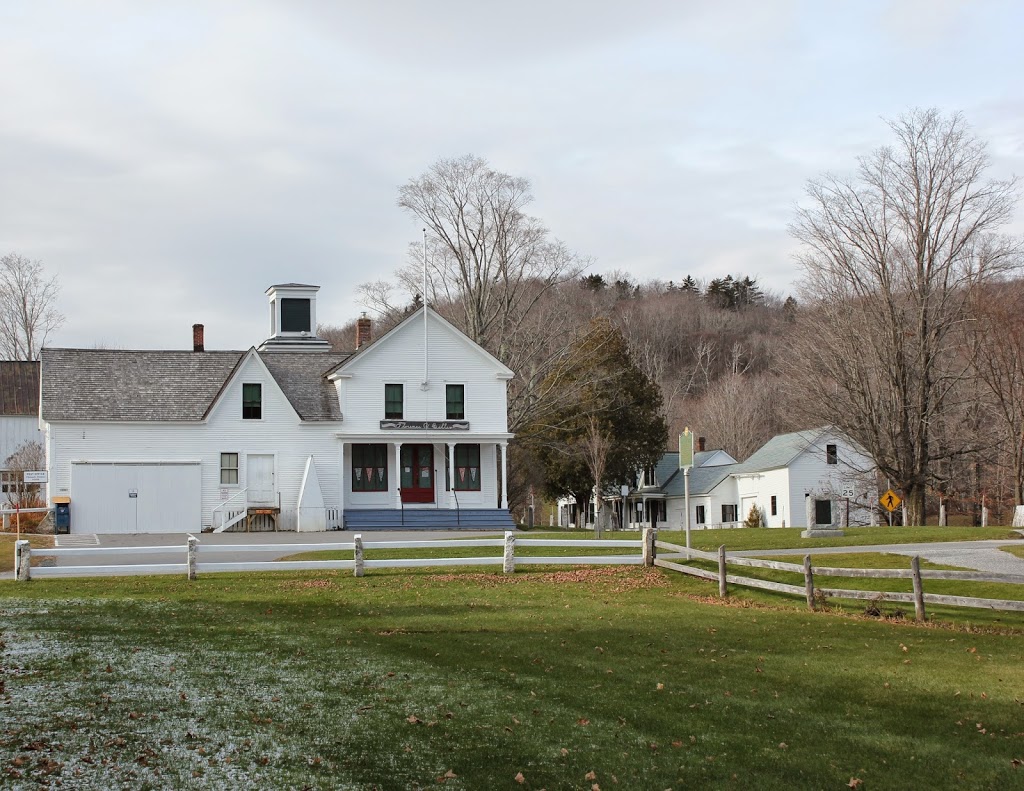 The first photo was taken when President Calvin Coolidge vacationed in his hometown of Plymouth, Vermont.  The first scene shows many visitors, most of whom were probably there hoping to catch a glimpse of Coolidge.  After all, this was part of his image as president; that he was a humble, down-to-earth New England farmer and a friend of the common man.  Certainly the setting did little to detract from this image; most of the “center” of Plymouth can be seen in this view, with the general store/post office in the foreground, the church visible behind it, and the Coolidge Homestead to the right.

All of these buildings are part of the Calvin Coolidge Homestead District, and each one has some significance to the president.  He lived in the house to the right from age four until he left for high school, he and his family attended the church across the street, and he was born in the back of the post office/general store.  This building was built in the 1850s, and Coolidge’s father owned it from the 1870s until 1917.  During his 1924 visit, Coolidge used the upper room in the store as his “Summer White House.”