Looking north on High Street between Suffolk and Dwight Streets, around 1908. Image courtesy of the Library of Congress, Detroit Publishing Company Collection. 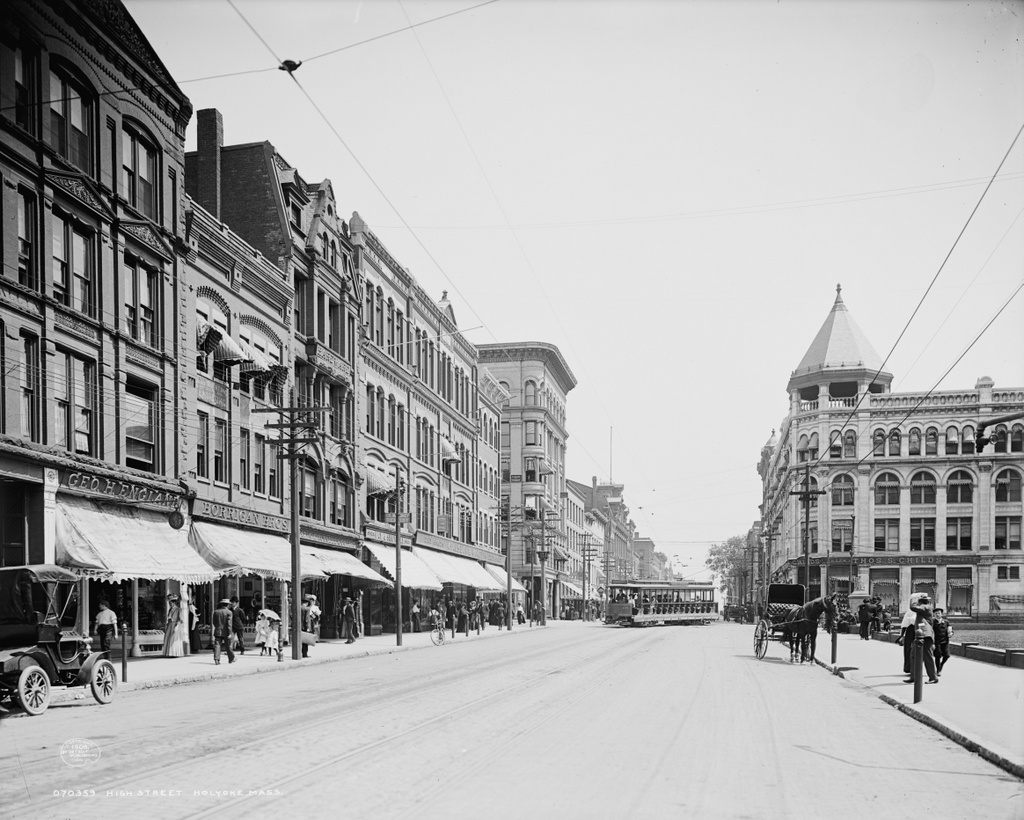 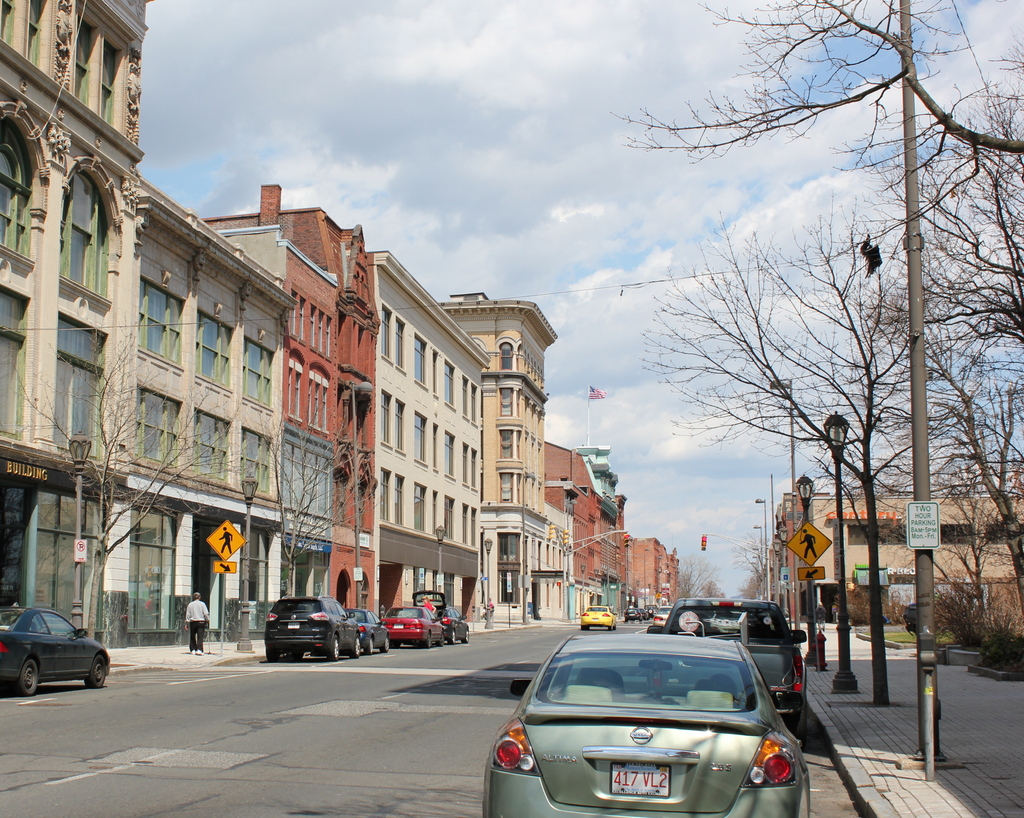 Holyoke has a number of buildings that are listed on the National Register of Historic Places, but these photos show the only Historic District located within the city.  The two photos show a number of changes in the past 100 years, but even the most of the “new” buildings seen in the 2015 photo date to the 1920s or earlier.  Several notable buildings from the first photo have survived, though.  On the left-hand side, starting closest to the foreground, they are: