The Timothy Merrick House on Main Street in Wilbraham, probably sometime in the late 1800s. Photo courtesy of the Wilbraham Public Library. 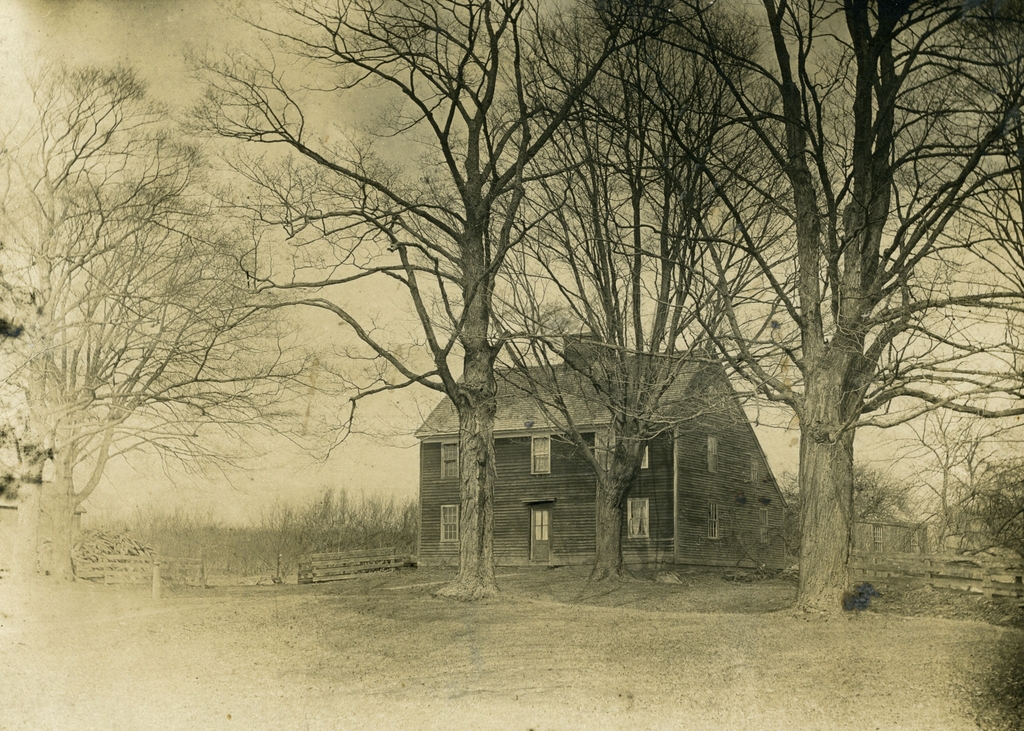 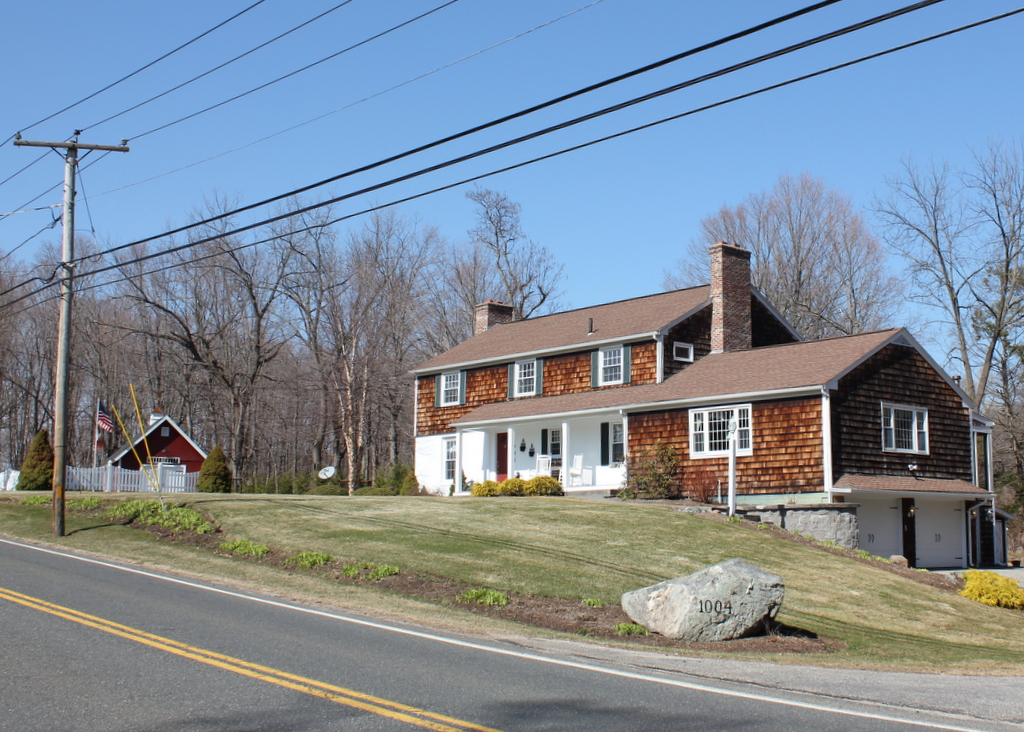 Massachusetts is home to only two species of venomous snakes: the timber rattlesnake and the northern copperhead.  Both are exceedingly rare in the state, but they must have been more common in Wilbraham in the past, as they make several appearances into town lore. This house was built around 1761 for Timothy Merrick, the only son of my 6th great grandfather, Thomas Merrick.  Merrick was engaged to Sarah Lamb, and they were to live in this house after their marriage.  However, according to the records of the town clerk, Samuel Warner (who was also my 6th great grandfather, from a different branch of the family):

Timothy, son of Thomas Mirick and Mary Mirick, was Bit By a Ratel Snake one Aug. the 7th, 1761, and Dyed within about two or three ours he being twenty two years two months and three Days old and vary near the point of marridge.

Merrick’s death is believed to be the last recorded fatal snake bite in Massachusetts history, but even if not it is certainly the most famous.  Because of the tragic nature of the story, this event formed the basis for one of the earliest American ballads, “On Springfield Mountain.”  It was written in the late 1700s or early 1800s, and there are many different versions of this song, some of which include a number of embellishments beyond what Warner wrote in the town records.  One such version, recorded in the 1964 History of Wilbraham book, is asserted to be the original Merrick family version:

The seventh of August sixty one
this fatal axsident was done
let this a warning be to all
to be prepared when God doth call.

Today, as seen in the second photo, Timothy Merrick’s house is gone; it burned in 1955 was was replaced soon after with a modern house.  The location of the snake bite has not been conclusively identified, but it was across Main Street and a little to the south of the house, which would place it right along the present-day Hampden-Wilbraham border.  This area is now a suburban residential development, and the History of Wilbraham book places the location at around the spot where Oakland Street crosses a small stream.  Although both the house and the farmland that Merrick was once mowing are now gone, there are still a few reminders around town.  Behind the location of the Merrick house is the Pesky Sarpent Conservation Area, and further up the hill is a rocky outcropping called Rattlesnake Peak.  Timothy Merrick’s gravestone can also still be seen, in the Adams Cemetery on Tinkham Road.  There is no direct mention of the rattlesnake on the stone, but the epitaph, taken from Job 14:2, seems appropriate for the sudden, tragic death of a young man: “He cometh forth like a flower and is cut down.  He fleeth also as a Shadow and continueth not.”