The Rev. Charles Noble House on Faculty Street in Wilbraham, probably around 1900. Image courtesy of the Wilbraham Public Library. 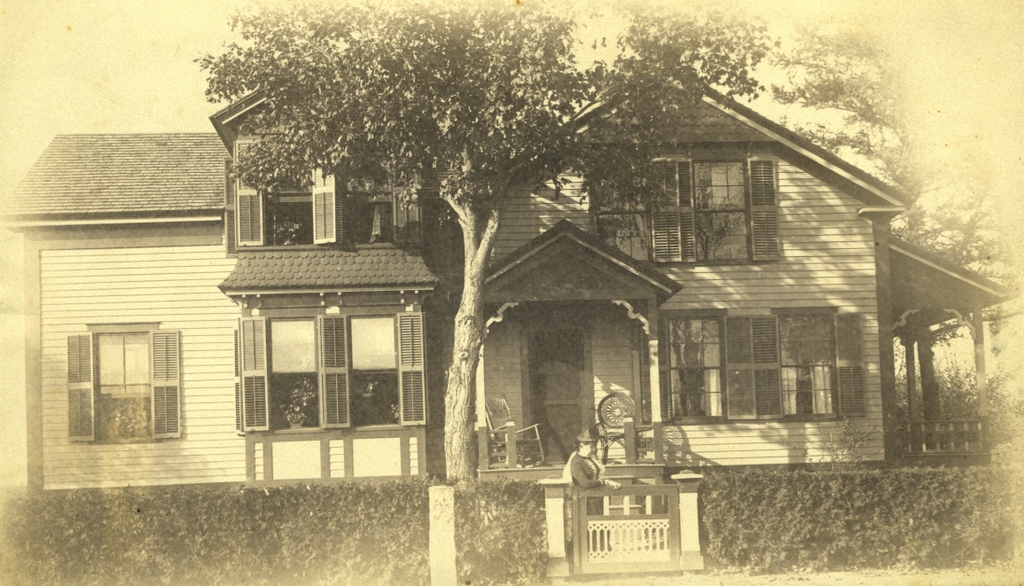 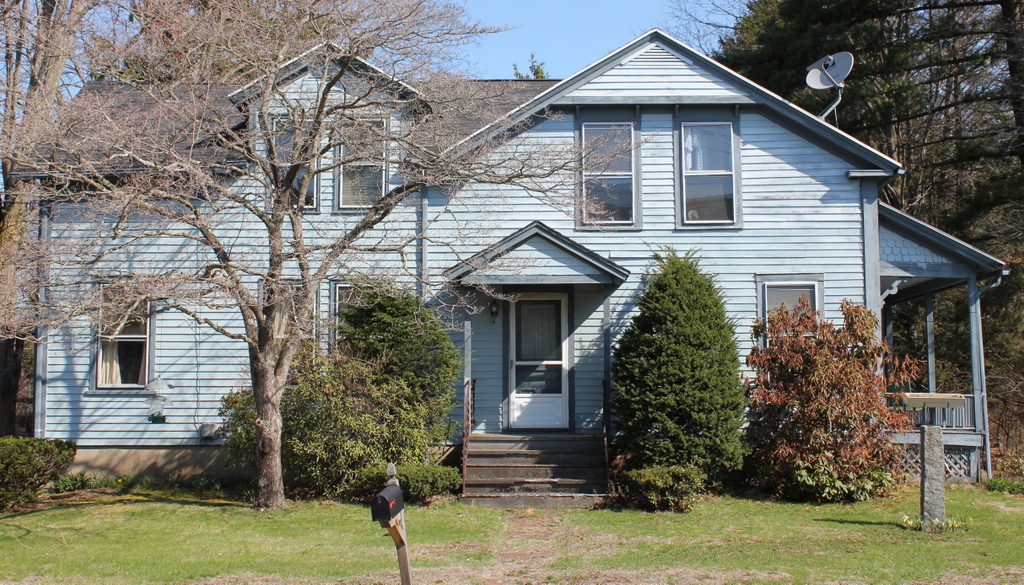 I don’t know who the photographer was for the first photo, but it looks similar to photographs that the Howes Brothers were making during this time period.  They would travel around New England, often photographing people in front of their homes as opposed to just in a studio, so it is entirely possible that this is one such work of theirs.  The house was probably built around 1850, and at one point was home to Charles Noble, a Methodist minister who was affiliated with Wesleyan Academy across the street (today Wilbraham & Monson Academy).  The house was later owned by his daughter Lucretia Noble, and she could very well be the woman standing at the front gate in the first photo.  Today, the house has lost much of its Victorian-era detail, but it is still easily recognizable as the same house, and it is part of the Academy Historic District on the National Register of Historic Places.