The west side of the Hotel Aspinwall, around 1902-1920. Image courtesy of the Library of Congress, Detroit Publishing Company Collection. 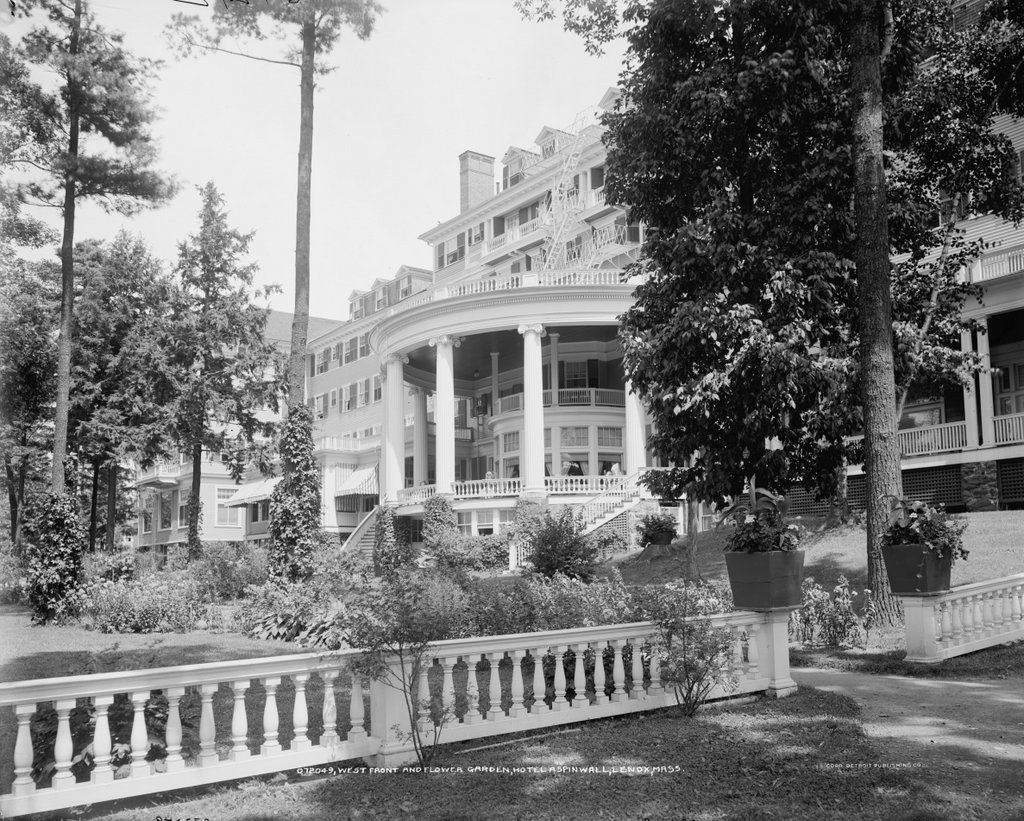 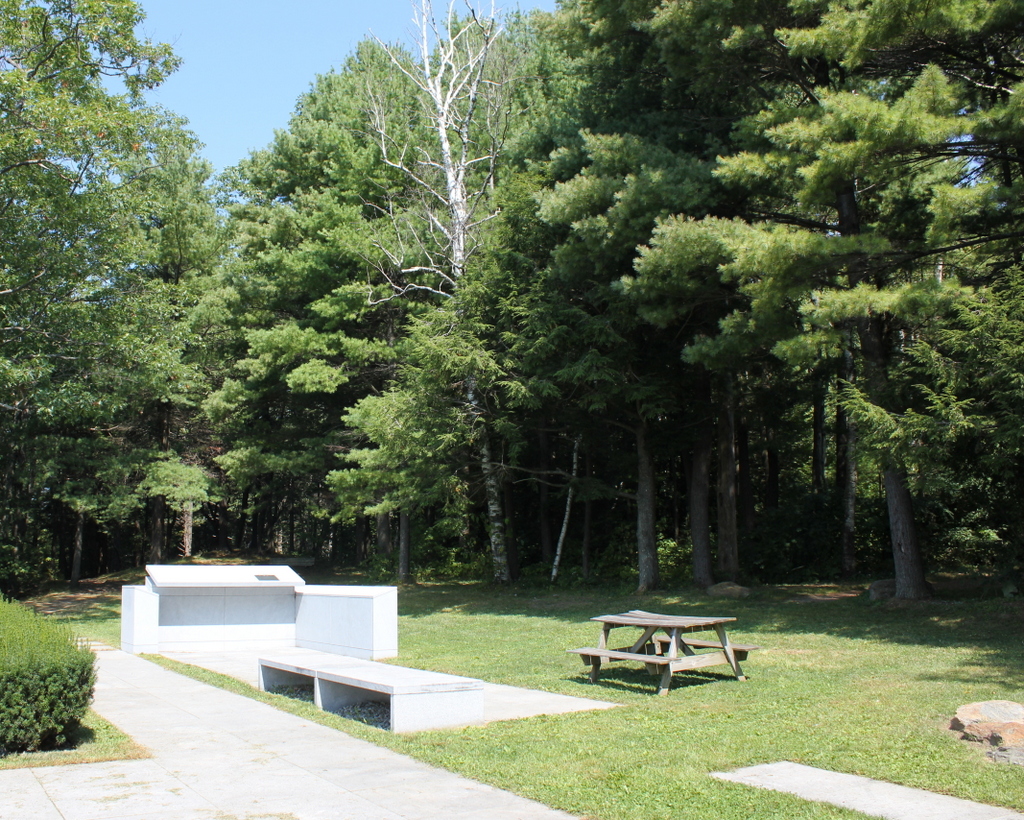 This view shows the opposite side of the hotel from the photos in the previous posts, and this post gives more details on the history of this hotel, which stood here from 1902 to 1931, when it was destroyed in a fire. The fire was believed to have started on the veranda on this side of the building, and although the exact cause was never determined, contemporary newspaper reports indicate that it was probably from a carelessly discarded cigarette.

The site of the hotel is now Kennedy Park, which has hiking and cross country skiing trails and several scenic overlooks, including this one. In the foreground is the Kennedy Park Belvedere, which was built in 2011 in memory of Dr. Jordan Fieldman, a physician at Berkshire Medical Center who died of cancer in 2006. It became the subject of controversy, though, when a group of local citizens objected to it and filed lawsuit against the town. The suit was ultimately dismissed, and the memorial is still here, in approximately the same location where guests such as Theodore Roosevelt, Franklin Roosevelt, and John D. Rockefeller, Sr. once enjoyed the view from the hotel’s veranda.