The First Church in Boston, at the corner of Berkeley and Marlborough Streets in Boston, around 1890-1910. Image courtesy of the Boston Public Library. 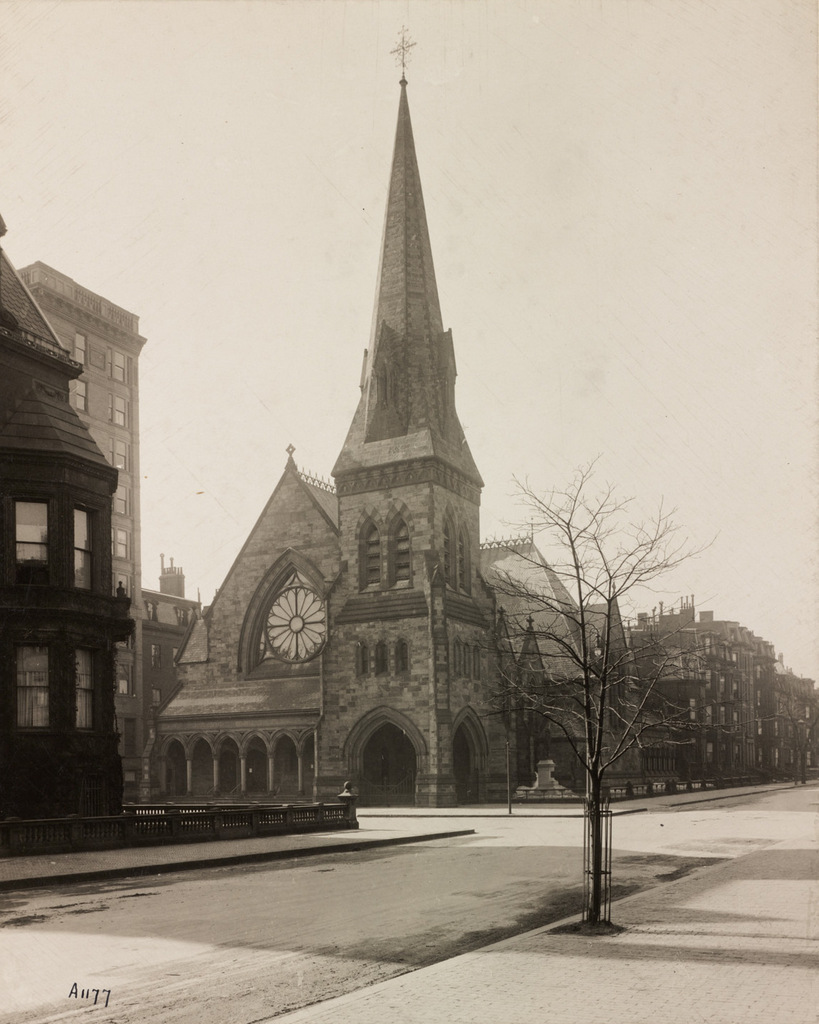 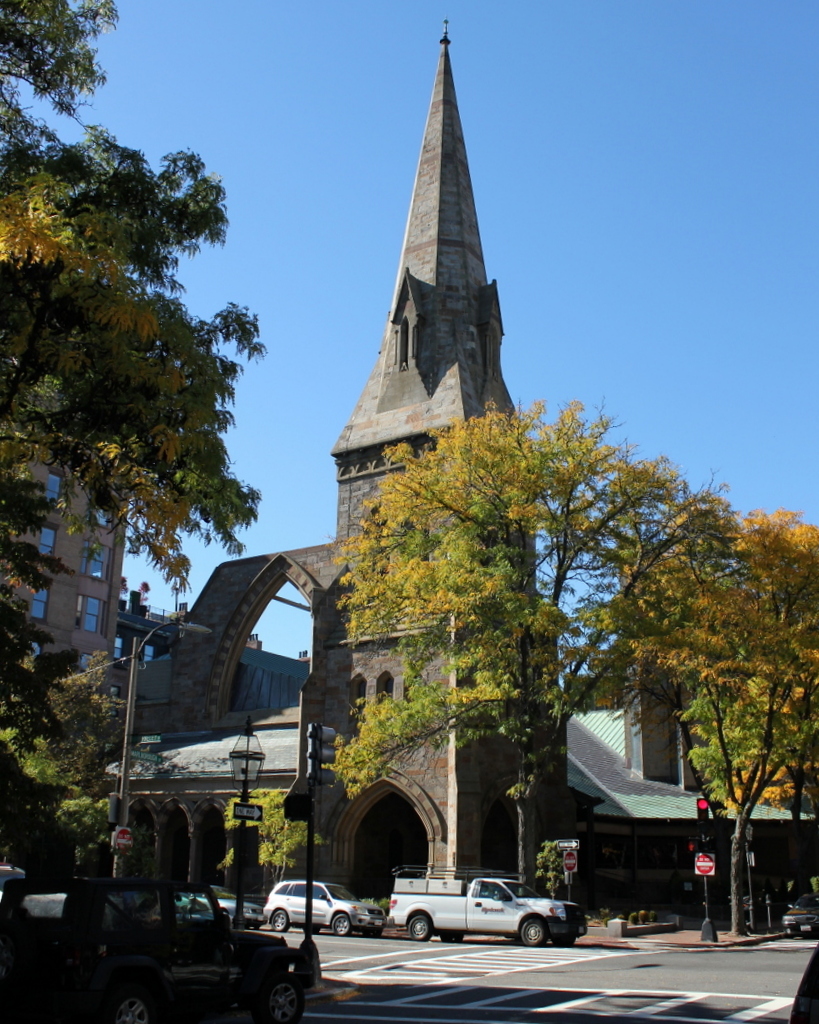 Boston’s First Church is among the oldest religious organizations in the United States, having been established in 1630 when John Winthrop and other early settlers first arrived in Boston. It became an influential congregation in New England, with leaders such as Charles Chauncy, who served as the pastor for 60 years from 1727 until his death in 1787. Theologically liberal, he opposed the Great Awakening revival that was led by one of his contemporaries, Jonathan Edwards of the church in Northampton. In part because of Chauncey’s influence, Unitarian theology began to take root in early 19th century Boston, and most of the city’s churches, including the First Church, shifted to Unitarianism.

The church had previously been located in downtown Boston, but by the 1860s many of Boston’s wealthier residents were moving west into the newly-filled Back Bay, and many of the long-established Protestant churches joined them, including the First Church. They moved into this Gothic style building at the corner of Berkeley and Marlborough Streets in 1868, and remained here for the next 100 years until it was gutted by a fire in 1968. The historic church had to be completely rebuilt, aside from the tower and the Berkeley Street facade, which had survived the fire and were incorporated into the new building.