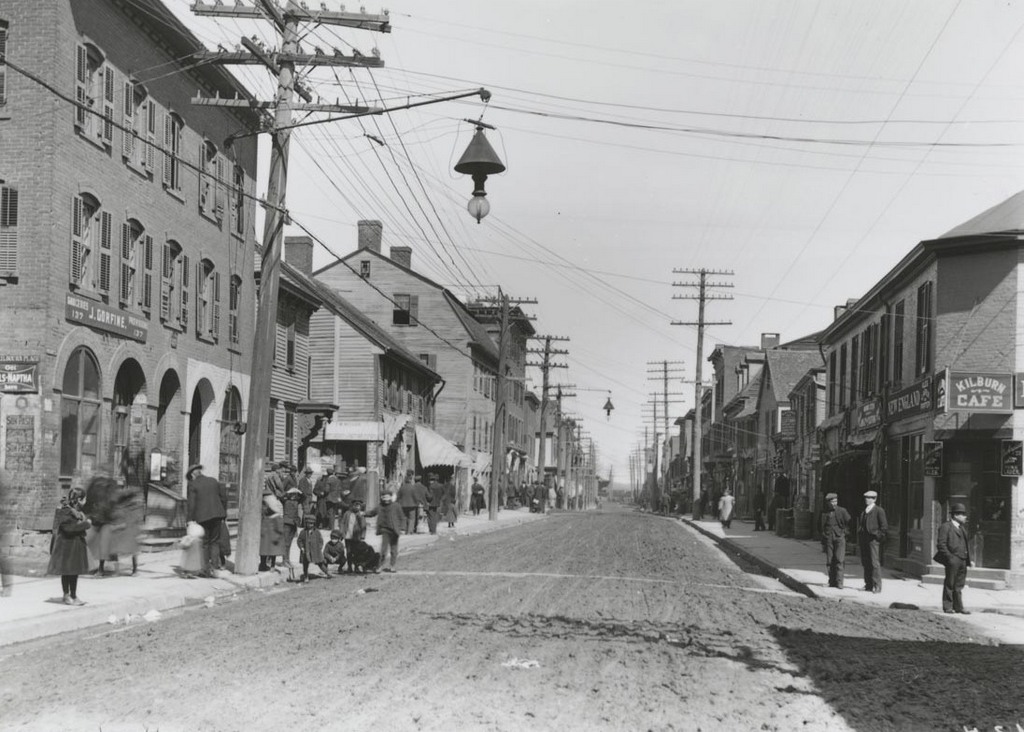 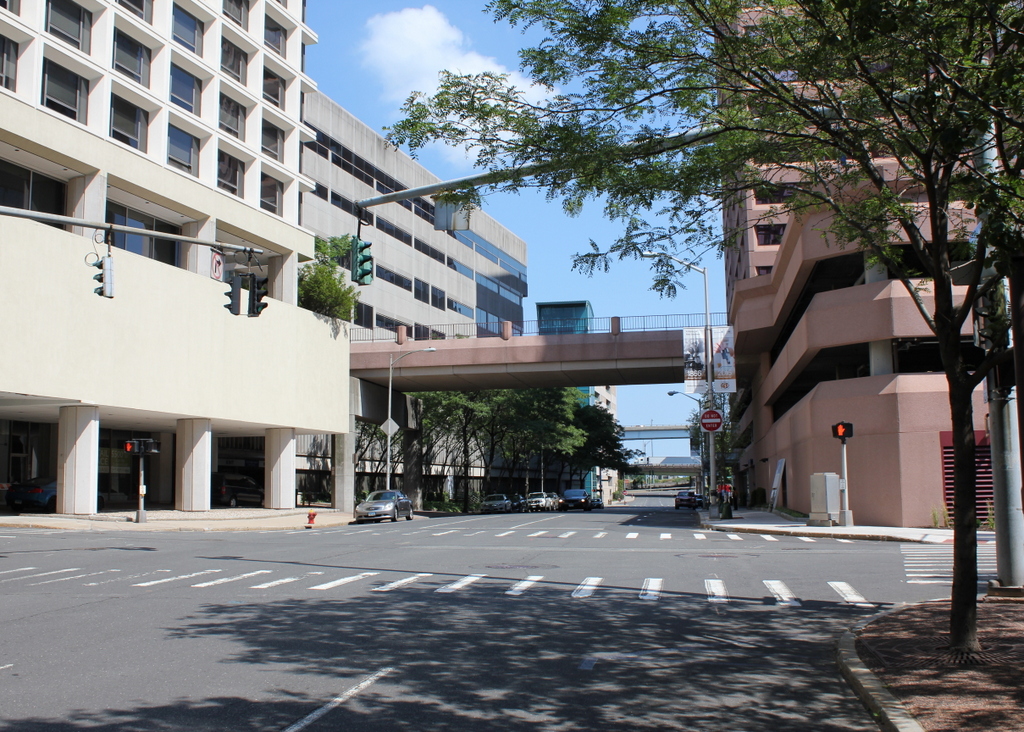 The first photo shows Front Street just a little further north from the one in this earlier post, which was taken a week later. The view here shows a neighborhood with a wide variety of architecture, from relatively modern four-story commercial blocks to wood-frame houses that probably dated back the the 1700s. The gambrel roofed building just to the left of center was probably one of the oldest, and was likely used as a tenement house by the time the 1906 photo was taken. Several businesses are also identifiable in the first photo, including a grocery store on the left and the Kilburn Cafe on the right, with “cafe” being a euphemism for a bar.

Many of these buildings were likely gone by the 1950s, but any that were left standing were demolished by the early 1960s to build Constitution Plaza, replacing the neighborhood with the hotels, office buildings, and parking garages in the 2016 photo. Part of the design was to build the plaza above street level, and connect the different buildings with pedestrian walkways like the one seen here. The result was a complex that was largely isolated from the city streets, and even though the second photo was taken in the middle of the day on a weekday, the street is completely devoid of any pedestrians, unlike the much more vibrant appearance of the first photo.