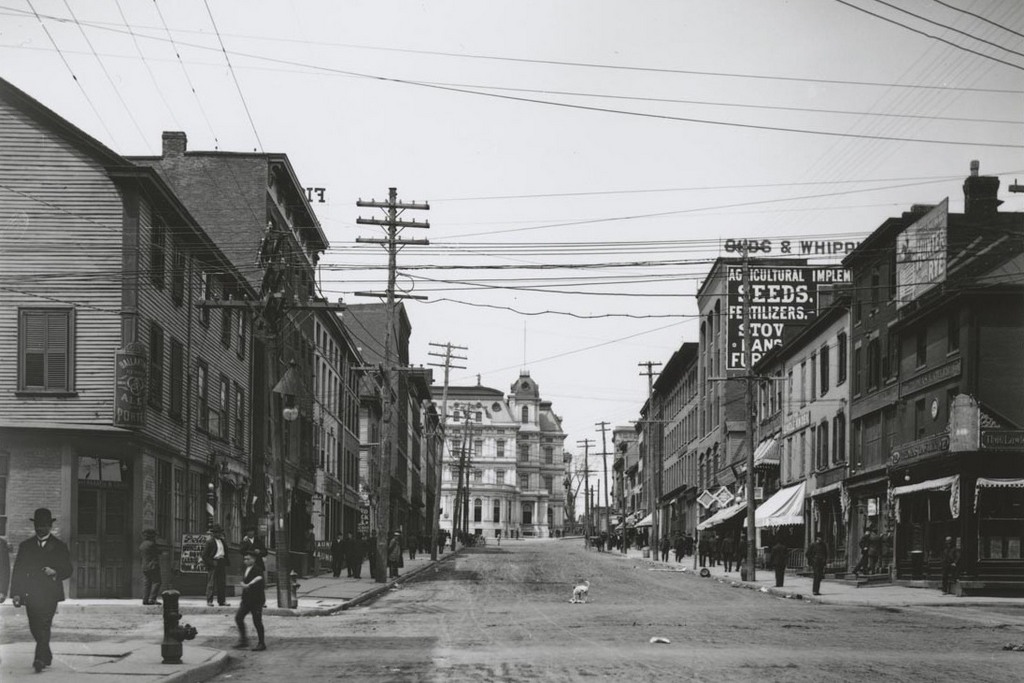 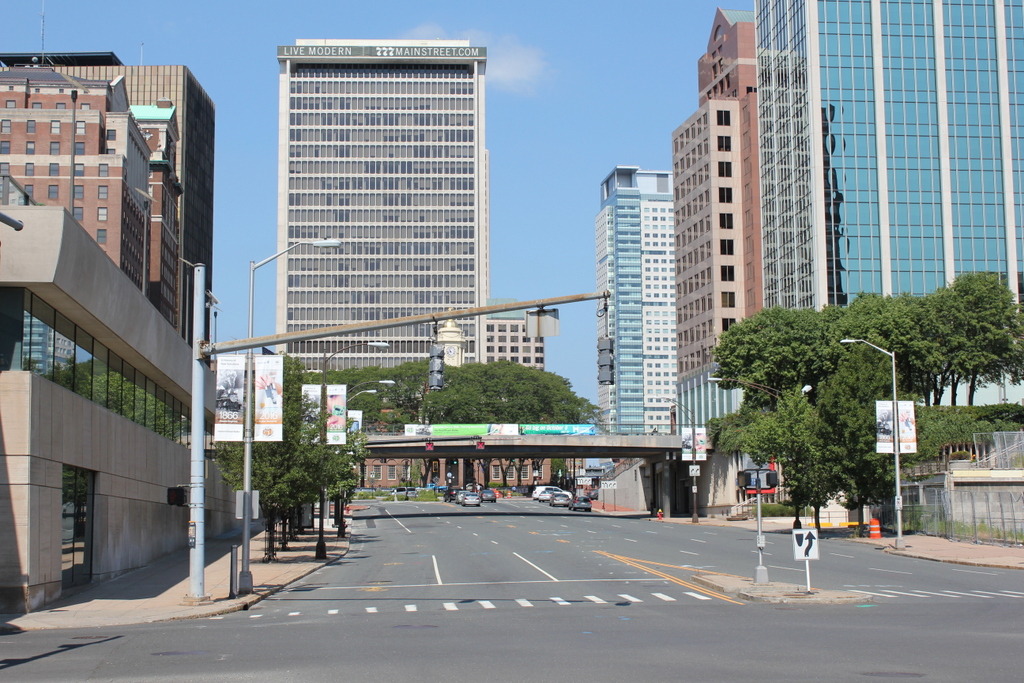 Today, this section of State Street is a busy six-lane street that provides access to downtown Hartford from both the Founders Bridge and from Interstate 91, both of which are directly behind the camera. However, when the first photo was taken 110 years earlier, State Street had no bridge or highway connections; instead, it just ended a block away at the railroad tracks along the Connecticut River.

When the first photo was taken, Main Street, which is several blocks in the distance, was the commercial center of the city. It was lined with banks and insurance companies, but the further one moved away from Main Street and down the hill toward the river, the more working-class the neighborhood became. Here, at the corner of Front Street, the grand 1873 post office building can be seen a block away in the center of the photo, but in the foreground is a mix of low-rise buildings, some of which probably date back to the early 19th century. The wood-frame building on the left might even date back to the late 18th century, and in the 1906 view it appears to be a saloon, since it has a Ballantine Brewing Company sign at the corner. On the opposite corner to the right is Thomas Lawler’s liquor store, which is also seen in the previous post.

As mentioned in earlier posts, this entire neighborhood from State Street north to Morgan Street and west to Main Street was demolished in the late 1950s and early 1960s to build Constitution Plaza, but many of the buildings here were probably gone long before then. The old post office building, long controversial because it blocked the view of the Old State House from State Street, was demolished in 1933. Today, the only surviving historic building in this scene is the Old State House, which was built in 1796 and used as the state capitol until the current one was completed in the 1870s. Like the old Massachusetts State House in Boston, it now stands alone as an 18th century landmark amid modern skyscrapers around it.