Looking south on Forest Park Avenue from near the corner of Randolph Street in Springfield, sometime in the early 1900s. Image courtesy of Jim Boone. 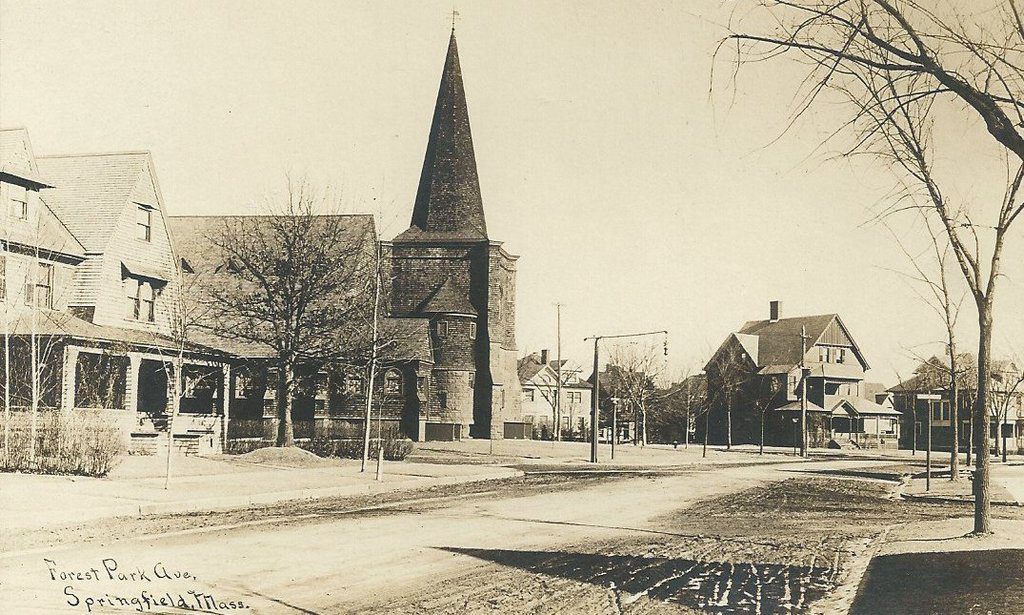 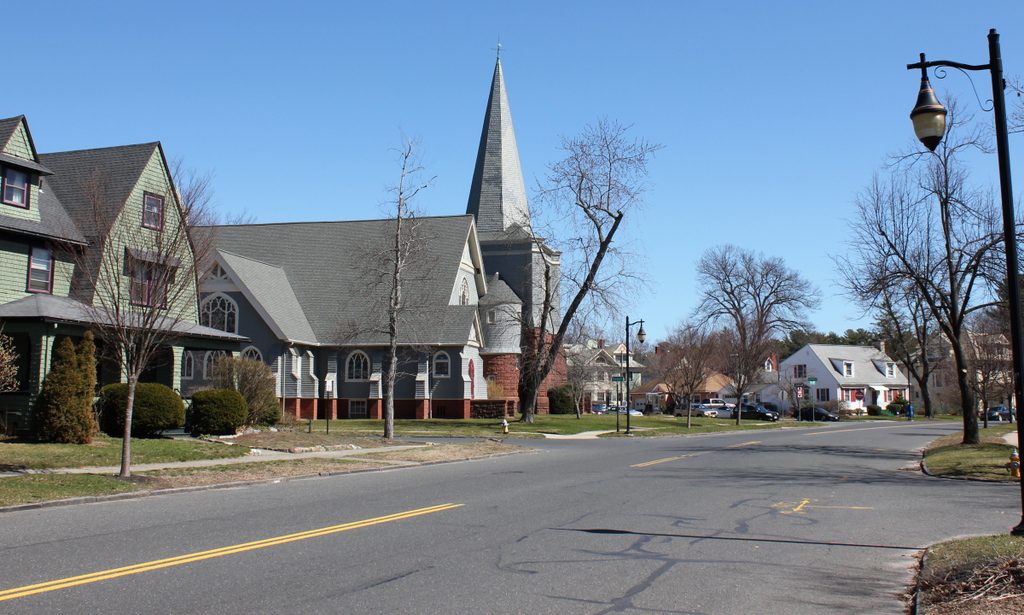 For most of the 19th century, the area that would become Springfield’s Forest Park neighborhood was only sparsely settled. However, with the opening of a trolley line to the area in 1890, the southwestern corner of the city suddenly became within easy commuting distance of downtown Springfield. One of the first developers in the neighborhood was the Mutual Improvement Company, which purchased much of the land in the large triangle between Fort Pleasant, Belmont, and Sumner Avenues. A number of new streets were laid out, including Forest Park Avenue, which is seen here near the center of the development.

The Mutual Improvement Company was founded by John and William McKnight, the brothers who had been developing Springfield’s McKnight neighborhood since the 1870s. Like in McKnight, they sought to create an upscale residential neighborhood here in Forest Park that would appeal to Springfield’s leading citizens. Nearly all of the houses were unique, and were designed by some of the city’s leading architects. They also sold undeveloped lots, although these deeds came with restrictive covenants that required a specific setback from the road and a minimum construction cost.

Development in this section of Forest Park began in the early 1890s, primarily in the area between Garfield Street, Churchill Street, Sumner Avenue, and Forest Park Avenue. A few of these homes are visible in the distance, and they tend to have Queen Anne-style architecture, which was popular in the last decades of the 19th century. However, the large-scale development of this area did not begin until after 1900. At this point, architectural tastes had shifted toward Colonial Revival, as can be seen in the house on the far left, which was built in 1902. Other buildings that were completed during this second phase include the 1901 Park Memorial Baptist Church, which is visible in both photos.

About a century after the first photo was taken, the Forest Park Heights neighborhood remains remarkably well-preserved, and very little has changed in this scene on Forest Park Avenue. The only significant difference is the house on the right side of the first photo, at the corner of Garfield Street. It was built in the early 1890s, and was the home of candy manufacturer Franz Jensen. However, it was demolished in the 1930s, and was later replaced by a smaller Cape-style home in the 1940s. Overall, though, most of the historic homes in this neighborhood have survived with few major changes, and in 1982 the area was added to the National Register of Historic Places as the Forest Park Heights Historic District.