The house at 42 Spruceland Avenue in Springfield, around 1938-1939. Image courtesy of the Springfield Preservation Trust. 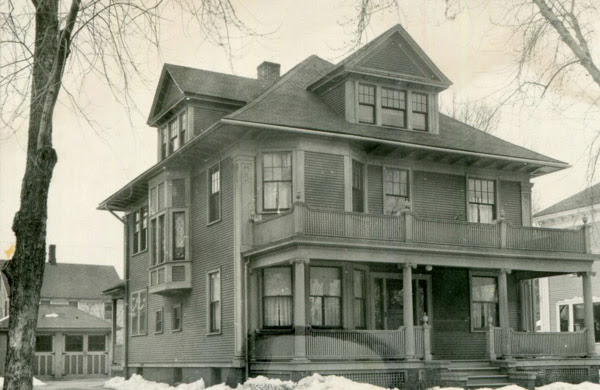 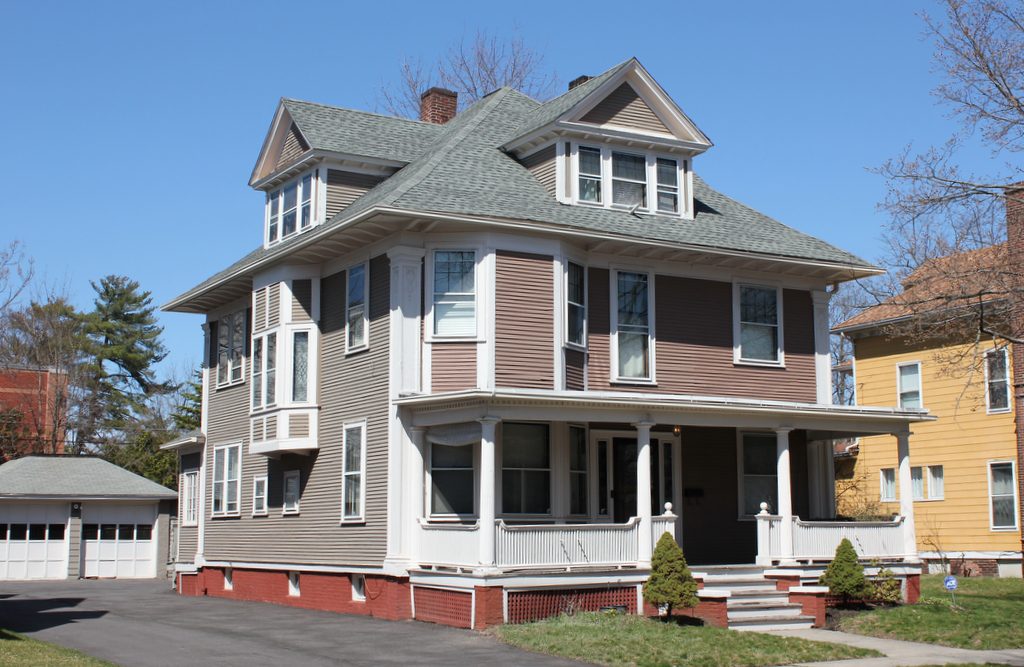 This house was built in 1903 as part of the large-scale development of the Forest Park neighborhood at the turn of the 20th century. Although located in the extreme southern part of the city, the advent of electric trolleys made this area desirable for upper middle class commuters. Among these was Asher Allen, who had previously lived on Broad Street in the South End before moving into this house, along with his wife Anna, their son Myron, and Asher’s mother, Emily.

Asher Allen was the treasurer and business manager of the Springfield Daily News, one of the newspapers that would later be merged into the present-day Springfield Republican. In the meantime, Myron attended Cornell, graduating in 1914 with a degree in civil engineering. He was soon employed as an engineer for the Springfield-based general contractor firm of Fred T. Ley, and also in 1914 he married his wife, Josephine Parsons.

By the 1920 census, Myron and Josephine were living nearby in an apartment on Warner Street, but Asher and Anna continued to live in this house for many years. After Asher’s death in the 1930s, though, Anna sold the house and moved into an apartment on Longhill Street. The first photo was taken a few years later, and since then very little has changed. Aside from the missing balustrade on top of the porch, the house remains well-preserved, and it is one of the many contributing properties in the Forest Park Heights Historic District on the National Register of Historic Places.