The house at 174 Buckingham Street in Springfield, around 1938-1939. Image courtesy of the Springfield Preservation Trust. 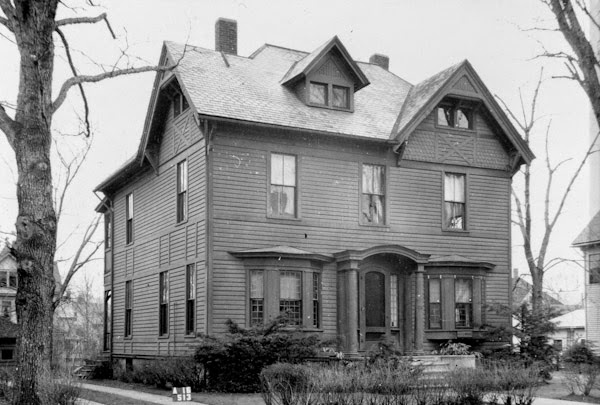 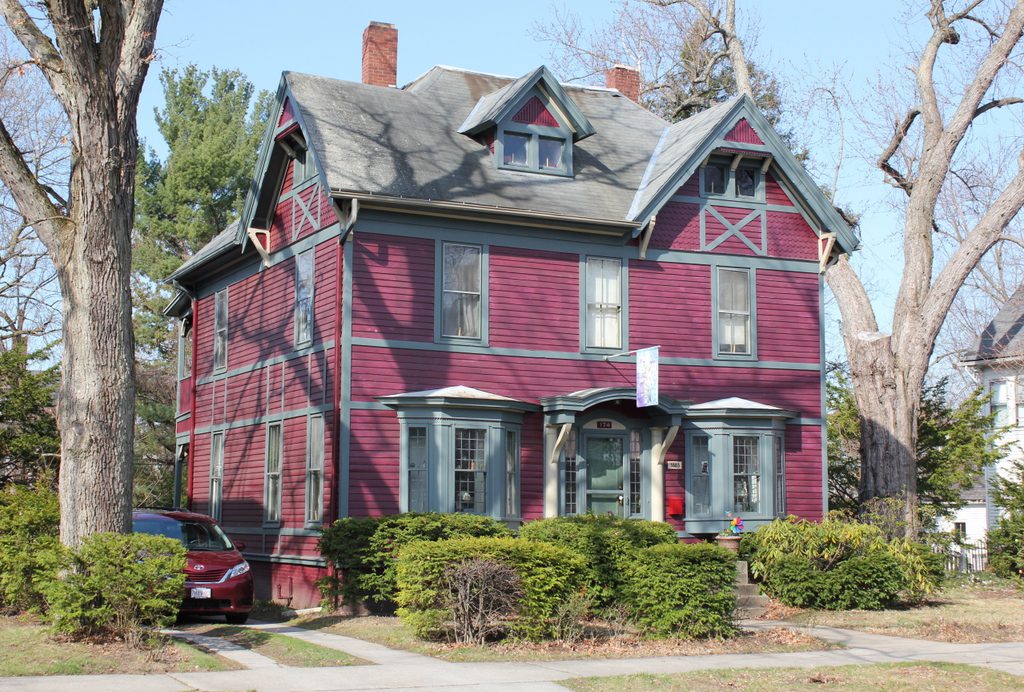 This house was built in 1883 for Richard S. Johnson, although he did not live here for very long, and there seems to be very little information about who he was. By 1887, the house was the home of Dexter P. Lillie, his wife Alice, and their three children. At the time, Dexter worked as a clerk for the Springfield-based Olmsted and Tuttle Company, which manufactured cotton waste. However, like his predecessor in the house, he only lived here for a few years, and had moved out by 1893. The following year, he opened his own company, the Dexter P. Lillie Company, which produced cotton waste and railroad supplies from its facility in Indian Orchard.

Around 1893, the house was purchased by James H. Rice, a retired army officer who had served as a captain and brevet lieutenant colonel in the Civil War. The 1893 city directory lists his profession as “special pension agent,” while the 1900 census indicates only that he was a “capitalist.” During this census, he was 60 years old, and he lived here with his wife Margaret, who was 40 at the time. She had a son from a previous marriage, 20-year-old Franklin G. Brown, and the family also rented a room to a boarder and hired a live-in servant.

After James’s death in 1907, the house was put up for sale. It seems to have stayed on the market for several years, because by 910 Margaret still owned the house, but by 1912 it was owned by Dr. Eoline C. Dubois. A graduate of Vassar College and Tufts Medical College, she opened up her own practice here in Springfield in the early 1900s. In 1917, at the start of World War I, she formed a Military Drill Corps for girls here in Springfield, where, according to that year’s municipal register, they “received military drill once a week, and were instructed by different lieutenants from the Armory, furnished by the courtesy of the Commandant.”

Dr. Dubois’s drill corps eventually included 77 girls, but later in the year she left Springfield for France, to take part in the war effort with the Medical Corps. Working with the Secretariat of the Bureau of Liberated French Villages, she provided medical care near the front lines, and remained there until the end of the war a year later, when she returned to her home here in Springfield and resumed her private practice.

The first photo was taken about 20 years later, and Dr. Dubois was still living in this house, along with a servant, Helen Dorman, and Helen’s son Frederick. She sold the house a few years later, in 1943, and since then it has only had two different owners. The house was restored to its original appearance in the early 1970s, shortly before this part of the neighborhood was added to the National Register of Historic Places in 1976, as the McKnight Historic District. Today, there is hardly any difference between the two photos, and even the large trees on either side of the house appear to be the same ones that were there in the late 1930s.