The house at 387 Union Street in Springfield, around 1938-1939. Image courtesy of the Springfield Preservation Trust. 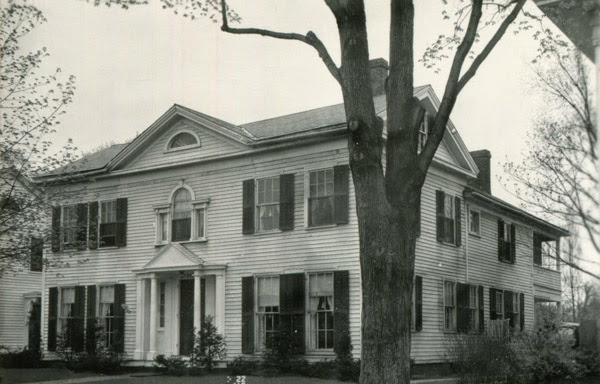 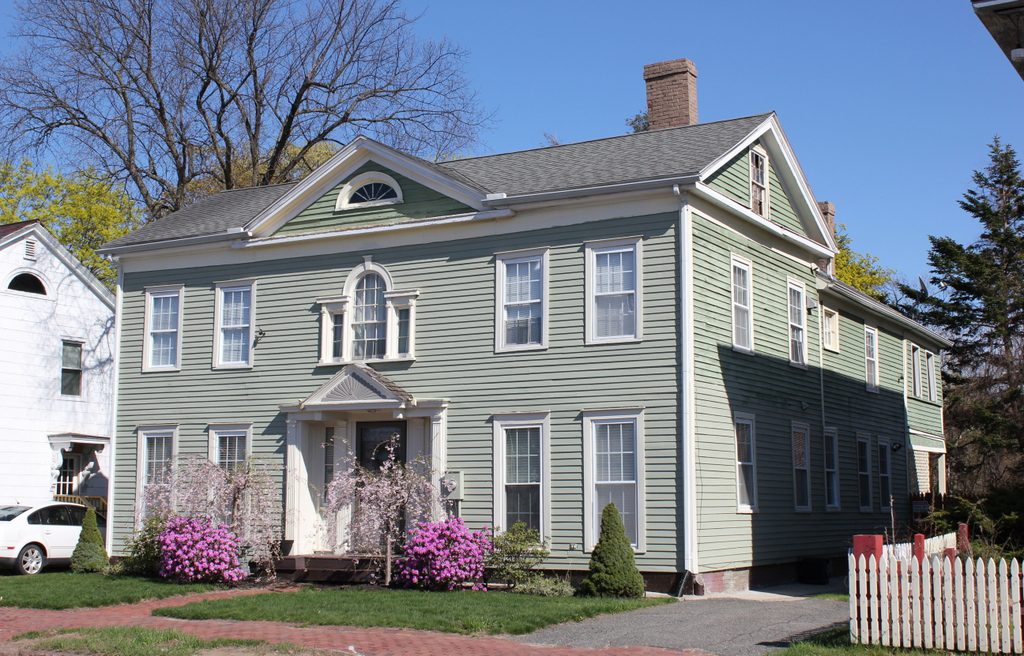 For its first two centuries, Springfield’s development was largely confined to the Main Street corridor in the present-day downtown area. However, as Springfield began a period of rapid growth in the first half of the 19th century, the town began expanding eastward. With this growth came greater diversity in religious denominations, with new churches beginning to appear in a town that had long been dominated by the Congregational church.

One of the first of these new religious groups was the Methodists, who built a church on the upper part of Union Street in 1823, at the corner of Mulberry Street. This part of Springfield was only sparsely settled at the time, and was situated on a hill above the downtown area. However, the Methodists built a small community here, complete with a cemetery that was later absorbed into the much larger Springfield Cemetery. Along with this, they also built houses here, several of which still stand on Union Street nearly 200 years later, including this one.

This house is one of Springfield’s few surviving examples of Federal-style architecture, and according to city records it was built in 1828, which would make it among the oldest buildings in the city. The early history of its owners seems unclear, although an 1851 map shows both this and a neighboring house as being owned by Dennis Cook. A tin manufacturer, Cook appears to have lived in this house, along with his wife Sophronia and their children, George and Lucy. He died in 1853, but later city directories show Sophronia living here into the 1860s.

At some point in the second half of the 19th century, the house was divided into a two-family home, with a variety of people living here over the years. Among them was Robert E. Cooper, a plumber who lived here in the late 1870s with his wife Julia and their sons Henry and George. Robert died in 1878, but the rest of the family was still living here in the 1880s, with George working at the Cheney Bigelow Wire Works while Henry worked at Smith & Wesson. During this same time, the other half of the house was the home of Albert Tomlinson, a dry goods store clerk who lived here with his wife Sarah and their son Henry.

By 1910, the house was owned by Laura I. Mattoon, who rented one half of it to her father, William P. Mattoon. William was the son of William B. Mattoon, the railroad contractor who, among other things, was the namesake of Springfield’s Mattoon Street and the city of Mattoon, Illinois. The younger William was a real estate broker, and he was in his mid-60s when he moved into this house. He went on to live here for about six years, until his death in 1916.

The house appears to have subsequently reverted to a single-family home, because by 1920 it was owned and occupied by Joseph E. Holmes, the treasurer of the Crocker-McElwain Company, a Holyoke-based paper company. He lived here with his wife Pauline and their young daughter Elizabeth, but they had moved out by 1923, and sold the house to attorney Theodore W. Ellis and his wife Gladys.

Theodore and Gladys Ellis were still living here when the first photo was taken in the late 1930s, and they were still here during the 1940 census, although they moved to Longmeadow sometime in the early 1940s. Nearly 80 years later, though, very little has changed with the exterior of this house, aside from the enclosed porches in the back and the missing columns in the front. Overall, the house has been well-maintained, and today it is one of a handful of early 19th century homes along this section of Union Street, all of which date back to the days when Springfield’s Methodists had their meeting house nearby.