The house at 2 Glen Road in Springfield, around 1938-1939. Image courtesy of the Springfield Preservation Trust. 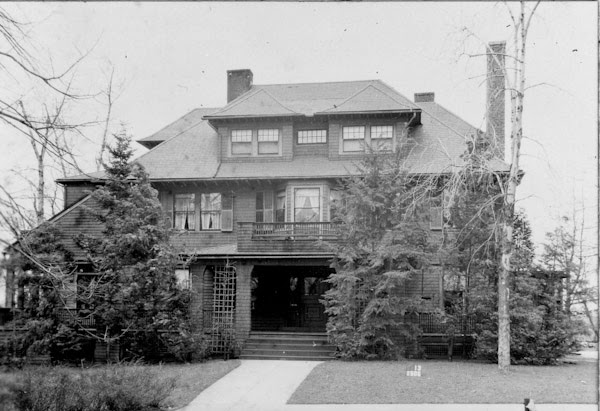 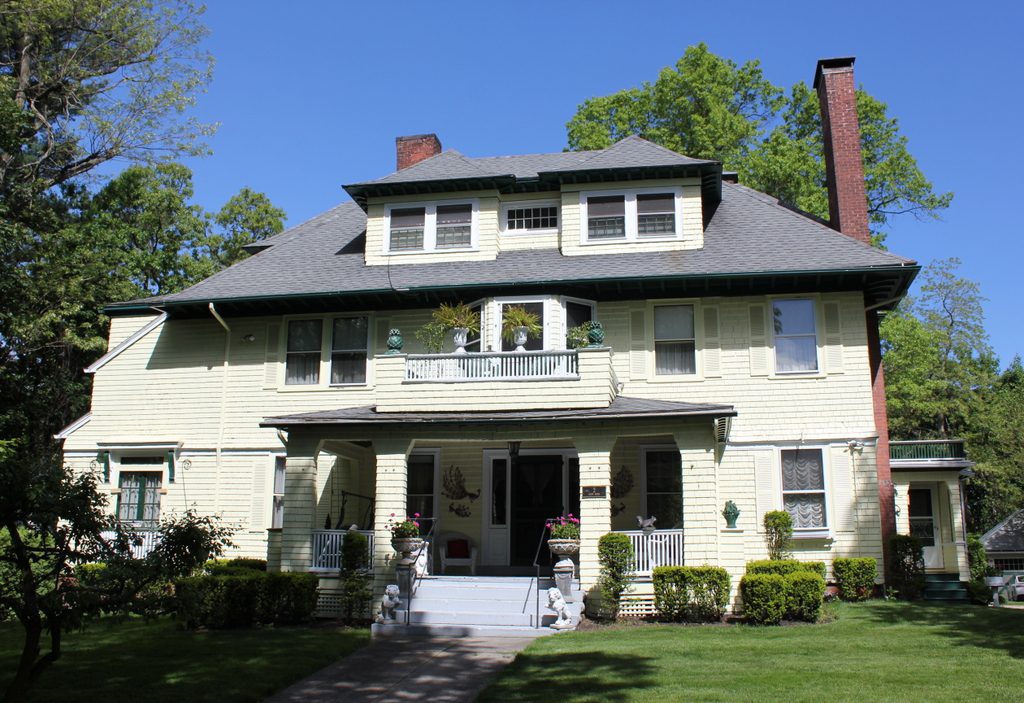 The McKnight neighborhood was developed in the late 19th century, with hundreds of upscale homes in the area, but some of the finest of these homes were built in the vicinity of the McKnight Glen, a wooded ravine in between Dartmouth Terrace and Ingersoll Grove. This particular house was built in 1899 for Mary E. McKnight, the widow of John McKnight, who had been one of the area’s developers along with his brother William. Like the McKnight brothers, Mary was originally from western New York, but she later moved to Springfield, where she married John in 1864. About six years later, John and William entered the real estate business, transforming a sparsely-settled section of Springfield into one of its most fashionable residential areas.

After John’s death in 1890, Mary had lived in several different homes in the neighborhood, including a house on Ingersoll Grove on the opposite side of the glen, but by the end of the century she was living in this large, elegant home on Glen Road, right at the corner of Dartmouth Terrace and Cornell Street. The 1900 census shows Mary living here with two of her children, Marion and Robert, along with her sister Ada. She went on to live here for the rest of her life, until her death in 1906 at the age of 64.

The house was subsequently sold to Mark Aitken, a florist who was living here during the 1910 census, along with his wife Effie and their three young daughters. However, they did not live here fore very long, because by 1915 this house was owned by John D. Plummer, the publisher and treasurer of the Springfield Union newspaper. He was about 45 years old at the time, and five years later he was still living here, along with his wife Alice, their two teenaged children, and Alice’s parents, Albert and Ada Belden. Like the two previous owners, though, the Plummers lived here for less than a decade, and moved out by 1924.

In 1914, Emmett Naylor married his wife Ruth, and they had three children before divorcing in 1925, shortly after moving into this house. Two years later, Emmett remarried to his second wife, Janet, and by the 1930 census they were living here along with his children from his first marriage: Genevieve, Winford, and Cynthia. They were still living here as late as the 1934 city directory, but by this point Emmett’s second marriage had also ended in divorce, and he subsequently moved to New York City, where he lived on East 64th Street in the Upper East Side. However, he continued to own this house in Springfield, and he also maintained a summer home in Cummington, Massachusetts, where, at the age of 52, he suffered a heart attack and drowned in the swimming pool in 1938.

In the meantime, Emmett’s daughter Genevieve would go on to become a prominent photographer. In the early 1930s, she attended the Music Box, an art school in the Berkshires, where she fell in love with, and subsequently married, one of her teachers, Ukranian painter Misha Reznikoff. Later in the decade, she worked as a photographer for the WPA and the Associated Press, and from 1940 to 1943 she and Reznikoff traveled to Brazil, where she documented Brazilian culture as part of a State Department program to strengthen wartime ties between the United States and Brazil. Following the war, she was given a one-woman show at the Museum of Modern Art, and subsequently worked as a fashion photographer for Harper’s Bazaar and as the personal photographer for Eleanor Roosevelt.

Here in Springfield, Genevieve Naylor’s childhood home stood vacant for several years after Emmett’s departure. Around the time the first photo was taken in the late 1930s, though, it was sold to Lewis L. McShane, who lived here with his wife Lorena and their daughters, Doris and Marjorie. Originally from Illinois, Lewis worked in the publishing industry, and since 1927 he had worked as the manager of the subscription department for G. & C. Merriam, the famous Springfield-based publishers of Webster’s Dictionary. He later became the vice president of the company, and he lived in this house until the early 1950s, when he moved to Pennsylvania.

Since then, this house has remained well-preserved, and has hardly changed in the nearly 80 years since the first photo was taken. The house still occupies one of the most desirable lots in the neighborhood, and it is now part of the McKnight Historic District, which was added to the National Register of Historic Places in 1976 and encompasses most of the land that Mary McKnight’s husband had developed in the late 19th century.