The corner of Main and Lyman Streets in Springfield, around 1938-1939. Image courtesy of the Springfield Preservation Trust. 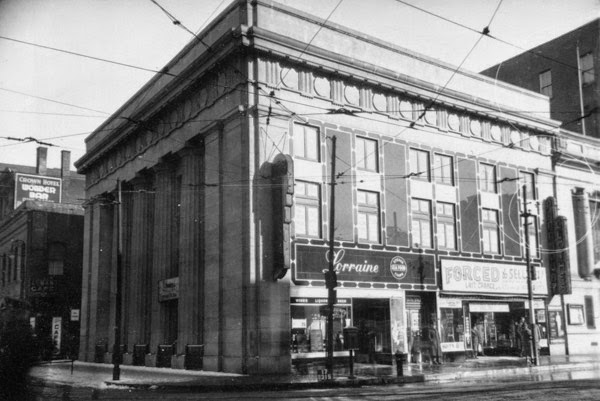 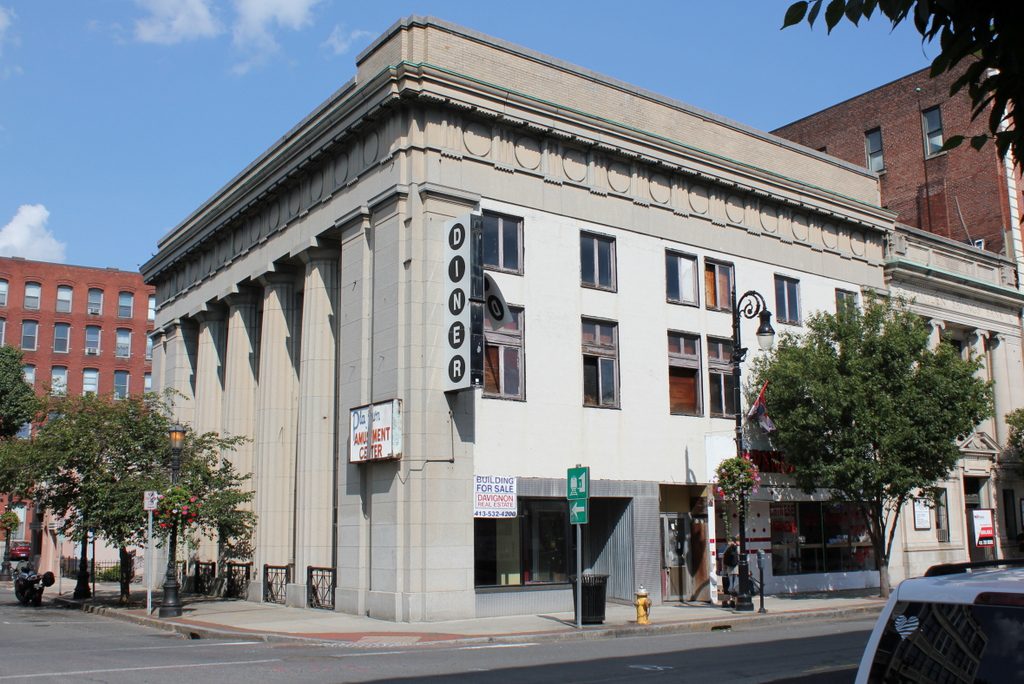 The Chapin National Bank was established in 1872 by Chester W. Chapin, a railroad magnate, businessman, and future Congressman who was among the leading citizens of Springfield during the 19th century. The bank was located here, at the southeast corner of Main and Lyman Streets, but the original building was replaced in 1917 with the present-day structure. It was designed by the New York architectural firm of Mowbray and Uffinger, which specialized in banks during the early 20th century, and it featured a Classical Revival design. Its appearance has been altered over the years, but it originally had four columns on the Main Street facade, matching the ones that still stand on the Lyman Street facade to the left.

The bank was gone by the time the first photo was taken in the late 1930s. By this point, the Main Street facade had been reconstructed, although it seems unclear whether the columns were removed, or simply hidden by the new exterior wall. One of the tenants during this time was the Lorraine Spaghetti Palace, a restaurant that was located in the left storefront. In later years, the building became the Playtown Amusement Center, which opened in 1967. This arcade remained here until it closed in the 1990s, although the old sign is still visible on the left side of the building.

Today, the exterior of the building has not changed significantly since the first photo was taken. Despite the altered Main Street side of the building, it still stands as a good example of early 20th century bank architecture, and its Lyman Street facade remains well-preserved. It is one of a number of historic late 19th and early 20th century buildings along this section of Main Street, and it was added to the National Register of Historic Places in 1983.