The Pickering House, at 18 Broad Street in Salem, around 1906. Image courtesy of the Library of Congress, Detroit Publishing Company Collection. 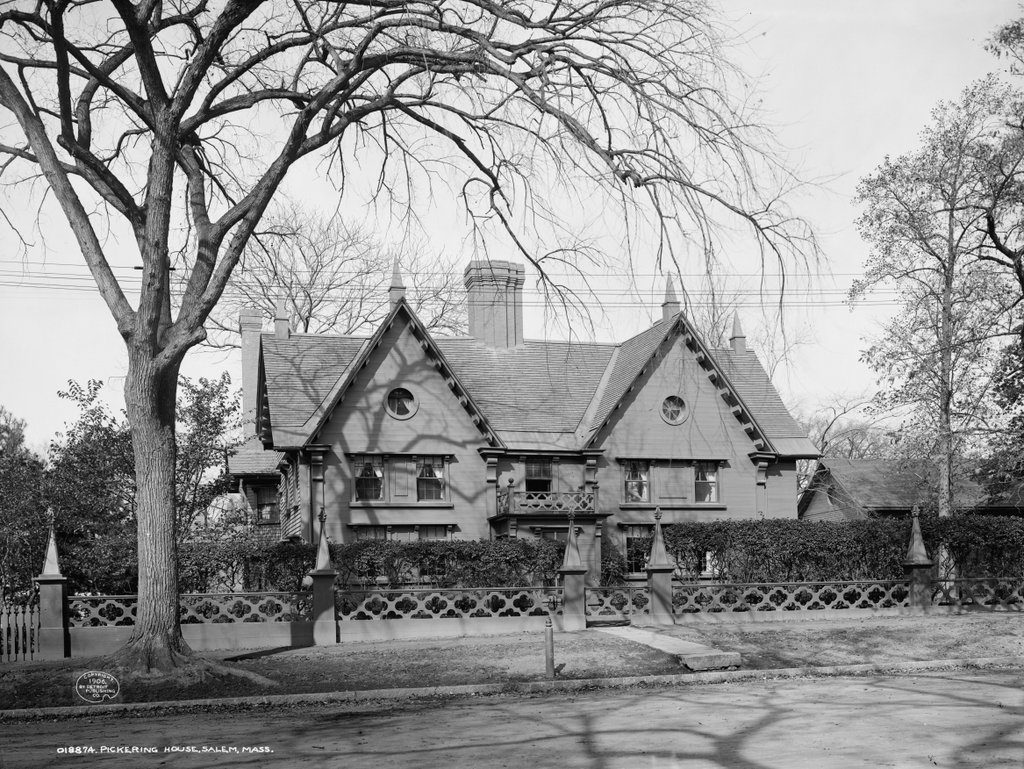 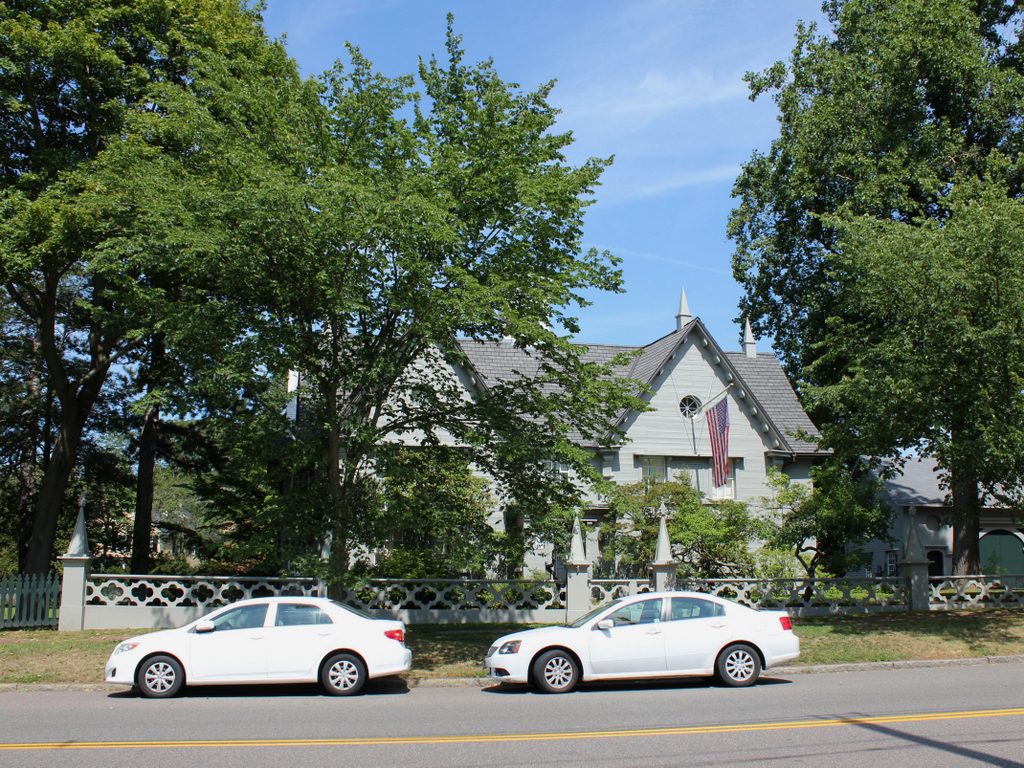 Although it is hard to tell from its current appearance, the Pickering House is one of the oldest existing buildings in Massachusetts, and possibly the oldest in Salem. According to tradition, it was built around 1651 by John Pickering, Sr., who died in 1657. However, recent dendrochronological dating suggests that the house was actually built around 1664, presumably by Pickering’s son, who was also named John. Originally, the house consisted of just the eastern portion on the right side of the house, with one room on each of the two stories, but it was expanded and altered many times over the years. The first probably came around the 1680s, when John Pickering, Jr. added the western part of the house on the left side.

Pickering was a farmer, as were most of the other residents of Salem during this period, but he also held several town offices, including serving as a selectman, constable, and militia officer. He held the rank of lieutenant during King Philip’s War, and fought with distinction at the Battle of Bloody Brook in Deerfield in 1675. He lived in this house until his death in 1694, at the age of 57, and he left the property to his oldest son, John. The house itself would continue to be altered and expanded over the years, but it would remain in the Pickering family for more than three centuries.

Probably the most notable of John Pickering’s ancestors was his great-grandson, Timothy Pickering, who was born here in this house in 1745. He was the son of Deacon Timothy Pickering, who had inherited the property after the death of his father, the third John Pickering, in 1722. The younger Timothy was a 1763 graduate of Harvard, and subsequently became a lawyer and a militia officer. He was involved in the February 26, 1775 confrontation in Salem, later known as Leslie’s Retreat, which marked the first armed resistance to British rule in the colonies, and he later participated in the Siege of Boston from 1775 to 1776.

By this point, Pickering held the rank of colonel, and  in 1777 he was appointed adjutant general of the Continental Army. From 1780 to 1784, he served as quartermaster general of the army, and after the war he moved to Pennsylvania, where he served as a delegate to the state convention that ratified the United States Constitution in 1787. Under President George Washington, Pickering negotiated several treaties with Native American tribes during the early 1790s, and in 1791 Washington appointed him to his cabinet as Postmaster General. He held this position until 1795, when he was appointed Secretary of War, and later in that same year he became Secretary of State.

Pickering remained Secretary of State throughout the rest of Washington’s second term, and for most of John Adams’s presidency. However, he and Adams disagreed on foreign policy, particularly on how to address growing tensions with France. Pickering favored war with France and an alliance with Britain, while Adams preferred negotiation with France, and Pickering became increasingly vocal in his opposition to the president’s policies. Adams finally demanded his resignation, but Pickering refused, so Adams dismissed him in May 1800.

After nearly a decade in the cabinet, Pickering was elected as a U.S. Senator from Massachusetts in 1802. By this point, Thomas Jefferson had been elected president, and Pickering became an outspoken critic of both Jefferson and the south as a whole. He lost his re-election bid in 1810, but two years later was elected to the House of Representatives, serving two terms from 1813 to 1817. His first term coincided with the War of 1812, which he and many other New Englanders were strongly opposed to. Believing that the war would hurt the region’s trade-based economy, Pickering was among those who advocated for northern secession from the union, although no serious movement ever came of this. After his second term, Pickering retired to Salem, where he died in 1829 at the age of 83.

In the meantime, this house continued to undergo changes by successive generations of the Pickering family. At some point around the 1720s, a lean-to had been added to the rear, and in 1751 Deacon Timothy Pickering raised this to two stories. However, the single most dramatic change to the house’s exterior appearance came in 1841, during the ownership of Colonel Timothy Pickering’s son, John Pickering VI. He transformed it into a Gothic Revival-style house, adding most of the decorative elements that now appear on the front facade, including the cornice, brackets, roof finials, and round windows in the gables. He also added the barn on the right side of the photo, as well as the fence in front of the house.

Over the next 150 years, the house remained in the Pickering family. Most of these descendants were also named John, and they made their own alterations to the house. Much of the interior was remodeled in the mid-1880s, and the central chimney was also rebuilt during this period. Then, in 1904, the enclosed front porch was added to the front of the house, as shown in the first photo only a few years later. Since then, the front facade has not seen any significant changes, although the interior underwent restoration in 1948.

By the late 20th century, the house was believed to have been the oldest house in the country that was continuously occupied by the same family. However, in later years the house was also open to the public as a museum, and the last members of the Pickering family finally moved out in 1998. Today, the house is still a museum, run by the Pickering Foundation, and it is also rented as a venue for a variety of events. Along with the other houses in the neighborhood, it is now part of the Chestnut Street Historic District, which was added to the National Register of Historic Places in 1973.