The Assembly House at 138 Federal Street in Salem, around 1900-1910. Image courtesy of the Library of Congress, Detroit Publishing Company Collection. 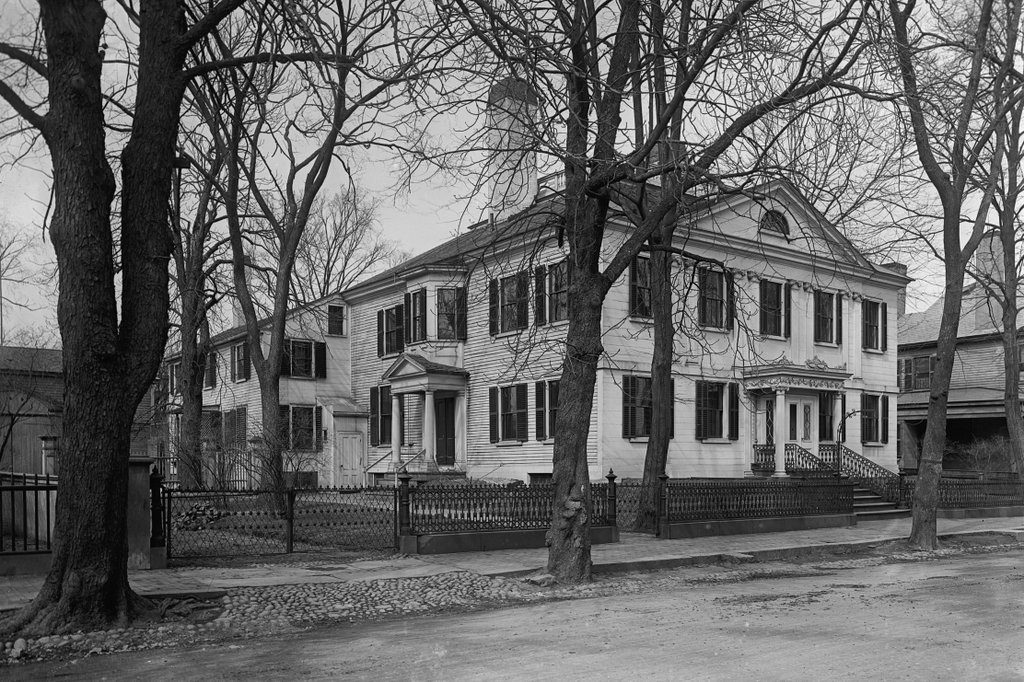 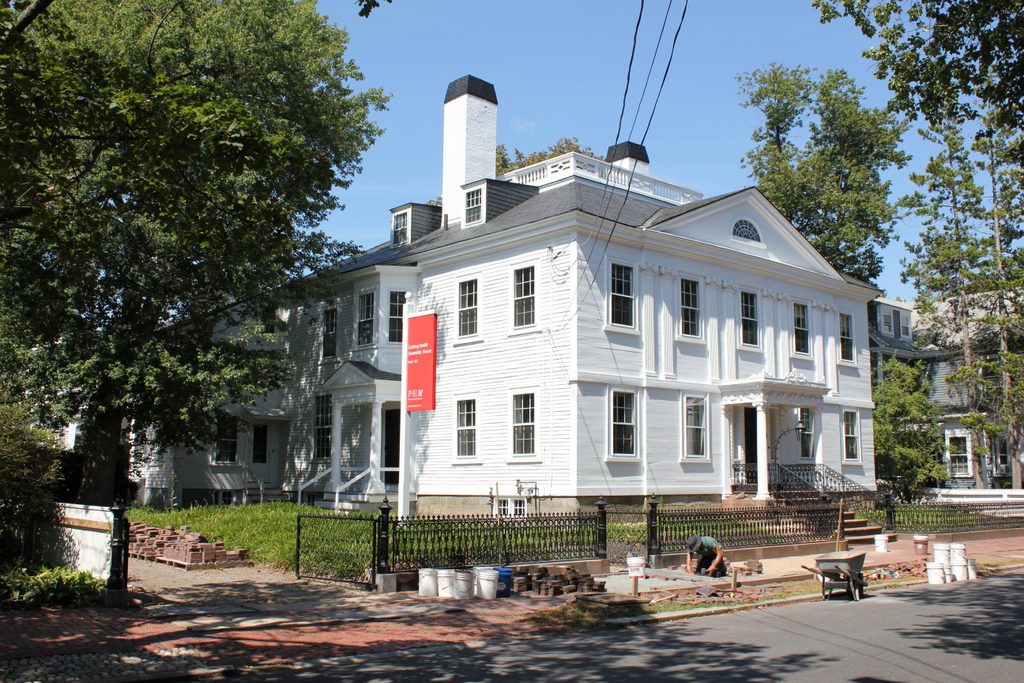 This building was constructed in 1782, and was originally a public hall and “Federalist Clubhouse” known as the Assembly House. The original exterior of the building is unknown, but it was significantly different from its later appearance, and reportedly had a very plain design. The interior evidently included an entry hall and drawing rooms at the front of the building, with a large two-story ballroom in the rear section. A variety of events were held here throughout the first decade of its existence, including balls, concerts, and lectures, and it was also the site of receptions for the Marquis de Lafayette in 1784 and George Washington in 1789.

Washington’s visit was part of his trip through New England in the fall of 1789, during his first year as president. He arrived in Salem on October 29, having been escorted into town by the local militia, and was greeted with an ode and a speech before being brought to the Joshua Ward House on modern-day Washington Street. He received visitors at the house, and in the evening he came here to the Assembly House, where he spent several hours before returning to the Ward House for the night there. Writing in his diary, Washington described the events of the day in Salem:

At the Bridge, 2 Miles from this Town, we were also met by a Committee—who conducted us by a Brigade of the Militia, & one or two handsome Corps in Uniform, through several of the Streets to the Town or Court House—where an Ode in honor of the President was sung—an address presented to him amidst the acclamations of the People—after which he was conducted to his Lodgings—recd. the compliments of many differt. Classes of People —and in the evening between 7 and 8 Oclock went to an assembly, where there was at least an hundred handsome and well dressed Ladies. Abt. Nine I returned to my Lodgings.

The prominent Salem pastor William Bentley also described the day in his diary, including a similar description of the reception here at the Assembly House:

After Seven the General attended the Assembly, & tarried till after nine. The ladies were numerous & brilliant. The Gentlemen were also numerous.

The building continued to be used as a public hall until the early 1790s, and it was subsequently sold to a private owner who, in turn, sold the property to Samuel Putnam (1768-1853) in 1798 for $2,656. Putnam soon converted the building into a mansion, hiring prominent architect Samuel McIntire to design the renovations. This included an elegant front facade, with Federal-style features such as pilasters between the second floor windows, along with a pediment above them. As was typical for Salem homes of this era, the front was symmetrical, with five window bays in width, and was topped by a hip roof with balustrade.

Samuel Putnam was a lawyer, and was about 30 years old when he moved into this house. He and his wife Sarah (1772-1864) had been married three years earlier, and had a young child, who was also named Samuel. They would go on to have seven more children, and lived in this house until 1833, when the moved to Boston. During this time, Putnam had a successful career as a politician and judge. He served four one-year terms the state senate, from 1808 to 1809 and 1813 to 1814, and in 1814 he was appointed as an associate justice on the Massachusetts Supreme Judicial Court, a position that would hold until 1842.

When the Putnam family moved to Boston in 1833, they sold this house to Benjamin P. Chamberlain, a merchant who lived here until 1856. The the next owners of the house were Stephen and Anne Chase, who lived here for the next two decades. The 1860 census shows them here along with Anne’s brother, Sylvester Robinson, plus two servants. Both Stephen and Sylvester had “Gentleman” listed as their occupations, and Stephen’s personal and real estate had a combined value of $105,000, equivalent to nearly $3 million today.

Both Stephen and Anne died in the 1870s, and Sylvester inherited this property. He was living here in 1880 with his niece, Zella Faulkner, along with a a servant, and he remained here until his own death in 1883. The house was then sold to Mary Ann Bertram, the widow of the recently-deceased merchant and philanthropist John Bertram. She was in her early 70s at the time, but she would live here for more than 25 years, until her death in 1909 at the age of 98. She did not have any children of her own, but the house was inherited by Jennie M. Emmerton, who was the daughter of John Bertram by his first wife. However, Jennie outlived her stepmother by just three years, and upon her death in 1912 she left the house to her daughter, Caroline, the philanthropis who is best known for her work in restoring the House of the Seven Gables.

Neither Jennie nor Caroline Emmerton appear to have actually lived in this house, and in 1919 Caroline sold it to Joseph Newton Smith, a businessman who served as president of the Cambridge-based Boston Woven Hose and Rubber Company from 1928 to 1951. He had married his wife, Lillie, a few years earlier, and by 1920 they were living here with their daughter Sylvia and three servants. They soon had a second daughter, Mary, who was born the following year, and all four family members were still living here by the 1940 census.

Joseph Newton Smith died in 1951, and Lillie died in 1964, leaving this house to their daughter Mary. In 1965, she donated the house to the Essex Institute, the museum that would later become part of the Peabody Essex Museum following a 1992 merger with the Peabody Museum of Salem. It is one of the many historic properties that the museum owns in Salem, and it is also part of the Chestnut Street Historic District, which was added to the National Register of Historic Places in 1973. The first photo was probably taken sometime during the ownership of Mary Ann Bertram, but it has seen few changes after more than a century, and it stands as one of the many fine examples of Federal-style architecture in Salem.