Hamilton Hall, at the corner of Chestnut and Cambridge Streets in Salem, on December 24, 1940. Image courtesy of the Library of Congress, Historic American Buildings Survey Collection. 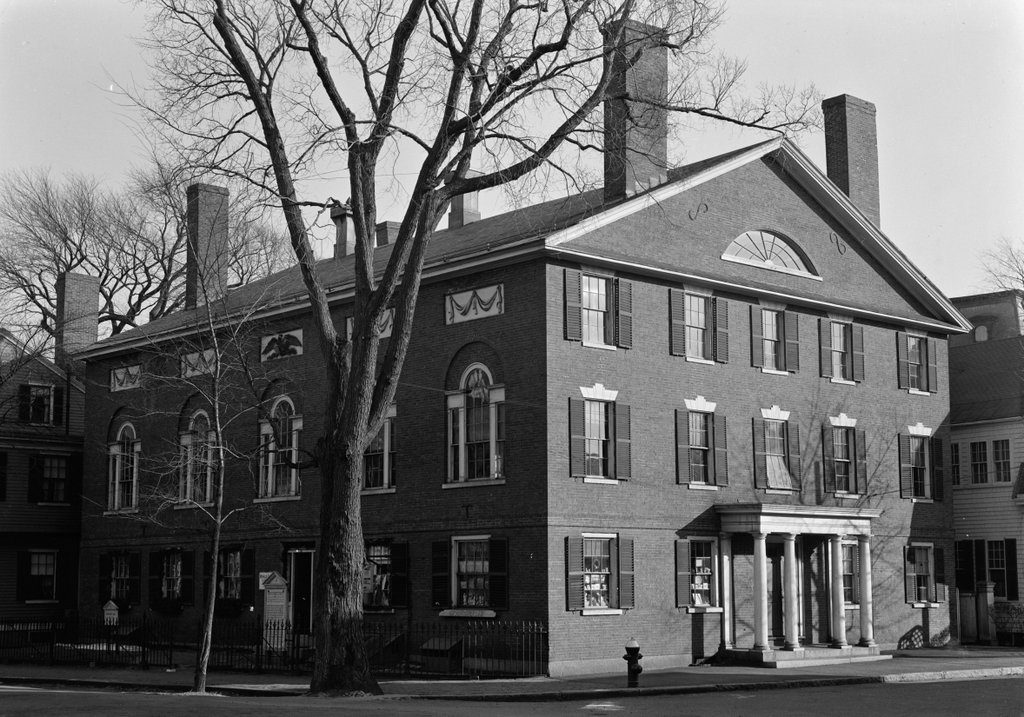 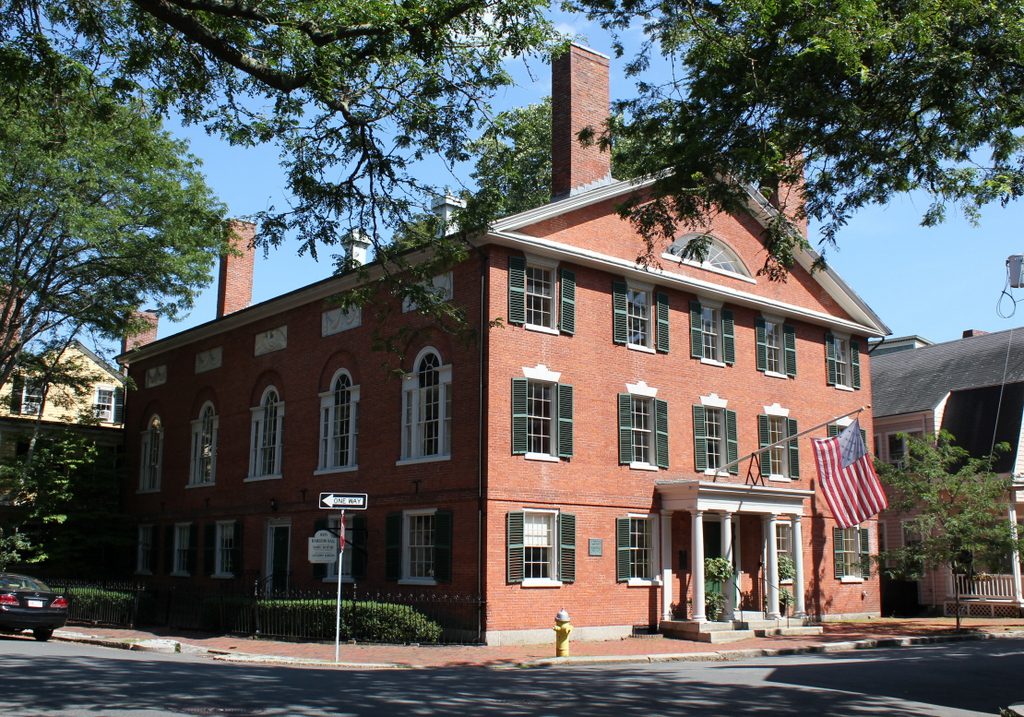 More than two centuries before he became the subject of a popular Broadway musical, Alexander Hamilton was an icon of the Federalist Party, a short-lived but highly influential political party in the formative years of the country. The Federalists were well on their way to political irrelevance at the national level by the start of the 19th century, but they would remain dominant here in New England for a couple more decades, including here in Salem.

Salem was at the peak of its prosperity as a seaport at the turn of the 19th century, and many of its most important homes and public buildings date to this period, including Hamilton Hall, which was constructed between 1805 and 1807. It was built as an assembly hall for the town’s wealthy Federalist families, and was named for Alexander Hamilton, who had been killed in a duel with Vice President Aaron Burr in 1804. The building was designed by the prolific Salem architect Samuel McIntire, who also built mansions for many of the towns’s leading merchants, and it is regarded as one of the finest Federal-style public buildings in the country.

It was constructed at a cost of $22,000, and it originally housed two stores on the ground floor, with a ballroom on the second floor. The exterior incorporates many elements of Federal-style architecture, including symmetrical facades, Palladian windows, and a pediment on the gable end of the building. The Chestnut Street side of the building, on the left side of the photo, also features rectangular panels above the windows, with an eagle carved into the central panel.

Early tenants of the ground-floor storefronts included grocer John Gray on the left side, and caterer John Remond on the right. A free black immigrant from Curacao, Remond lived in an apartment here in the building, and worked as a caretaker while also providing the refreshments for events that were held here. He was regarded as Salem’s premier restauranteur throughout the first half of the 19th century, and he catered many events here, including receptions for visiting dignitaries such as the Marquis de Lafayette, who attended a dinner here during his 1824 tour of America.

Over the years, Hamilton Hall was used for a wide variety of social events, including lectures, dances, and dinners. It saw some changes during this time, including the addition of the portico on the Cambridge Street side in 1845, but overall the exterior has retained its original early 19th century appearance. By the time the first photo was taken on Christmas Eve in 1940, it was recognized as historically significant, and was documented as part of the Historic American Buildings Survey. Then, in 1970, it was designated as a National Historic Landmark, and three years later it also became a contributing property in the Chestnut Street Historic District.

Today, Hamilton Hall has hardly seen any changes since the first photo was taken almost 80 years ago. The eagle panel on the left side was removed for preservation in 2014, and was replaced by a replica that is seen in the second photo. Otherwise, the exterior appearance is the same, and the interior is also largely unchanged. More than two centuries after its completion, it continues to be used as a public hall for lectures, weddings, and other events. The surrounding neighborhood has also been well-preserved, and it is one of many early 19th century buildings that are still standing in this part of Salem.