The view of the Old Manse facing the southeast corner of the house, around 1900-1906. Image courtesy of the Library of Congress, Detroit Publishing Company Collection. 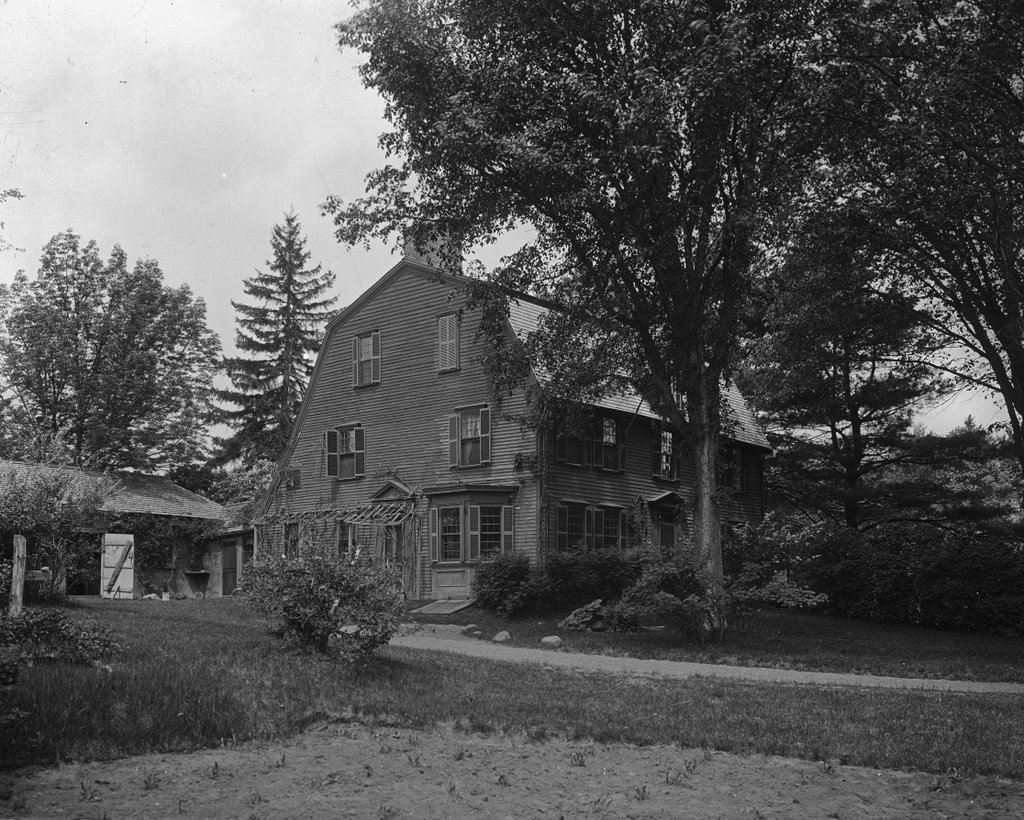 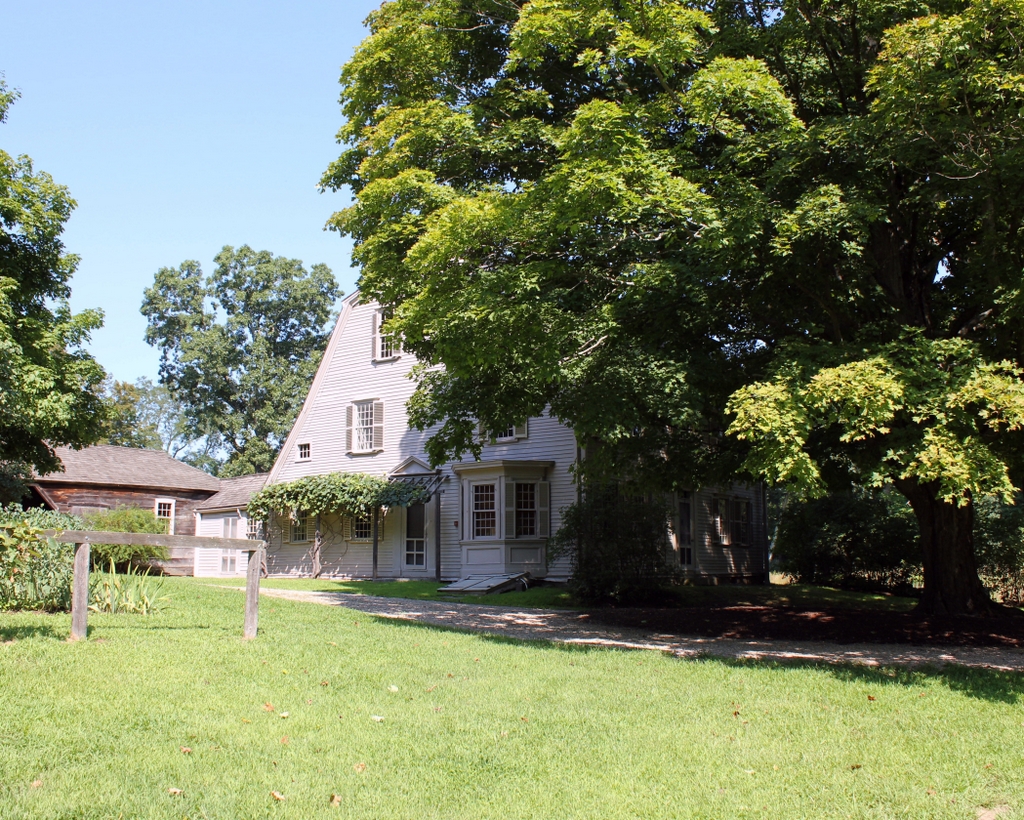 As discussed in more detail in the previous post, the Old Manse is an important historic landmark in Concord, with connections to the American Revolution and to two of the most important 19th century American writers. It was built in 1770 as the home of William Emerson, the pastor of the First Parish Church. Only five years later, the American Revolution started quite literally in his backyard, when the Battle of Concord was fought at Old North Bridge, which was located just 150 yards behind the house. Emerson subsequently joined the Continental Army as a chaplain, although he fell ill and died in 1776 while serving in the army. However, the house remained in his family for many years, and its later residents included his grandson, Ralph Waldo Emerson, who lived here for about a year from 1834 to 1835.

In the meantime, William Emerson’s widow Phebe remarried in 1780 to Ezra Ripley, who had become the new pastor of the church after Emerson’s death. Phebe died in 1825, but Ezra lived here until his death in 1841, and his son Samuel then inherited the property. For several years, Samuel rented the house to Nathaniel Hawthorne and his newlywed wife Sophia. They lived here from 1842 to 1845, and during this time Hawthorne wrote Mosses from an Old Manse, a collection of short stories that was published in 1846 and named for this house. However, by 1845 Samuel Ripley decided to return here to live in his childhood home, and the Hawthornes subsequently relocated to Salem.

Samuel Ripley died less than two years later in 1847, but his widow Sarah continued to live here. After her death in 1867, her daughter Sophia Thayer inherited it, and she still owned it when the first photo was taken at the turn of the 20th century. The photo shows the southeast view of the house, revealing its elegant Georgian-style architecture with its large gambrel roof. The Old North Bridge over the Concord River is located just beyond the house, although it is hidden from view by the trees in the distance.

By the early 20th century, the Old Manse was used primarily as a summer residence, and after Sophia’s death in 1914 the property went to her daughter, Sarah Ames, the wife of Boston architect John Worthington Ames. She owned it until her death in 1939, and her husband subsequently sold the house and its contents to the Trustees of Reservations. This organization, which focuses on historic preservation and land conservation, owns a number of historic properties throughout Massachusetts, although the Old Manse is perhaps one of its most important ones. More than 80 years later, the Trustees still own the house, which is open to the public for guided tours. During this time, the house has remained well-preserved, and there are few differences between these two photos aside from the large tree on the right side, which hides much of the house in the present-day view.