The Hotel Rockingham, on Rockingham Street in Bellows Falls, around 1900-1920.  Image courtesy of the Rockingham Free Public Library. 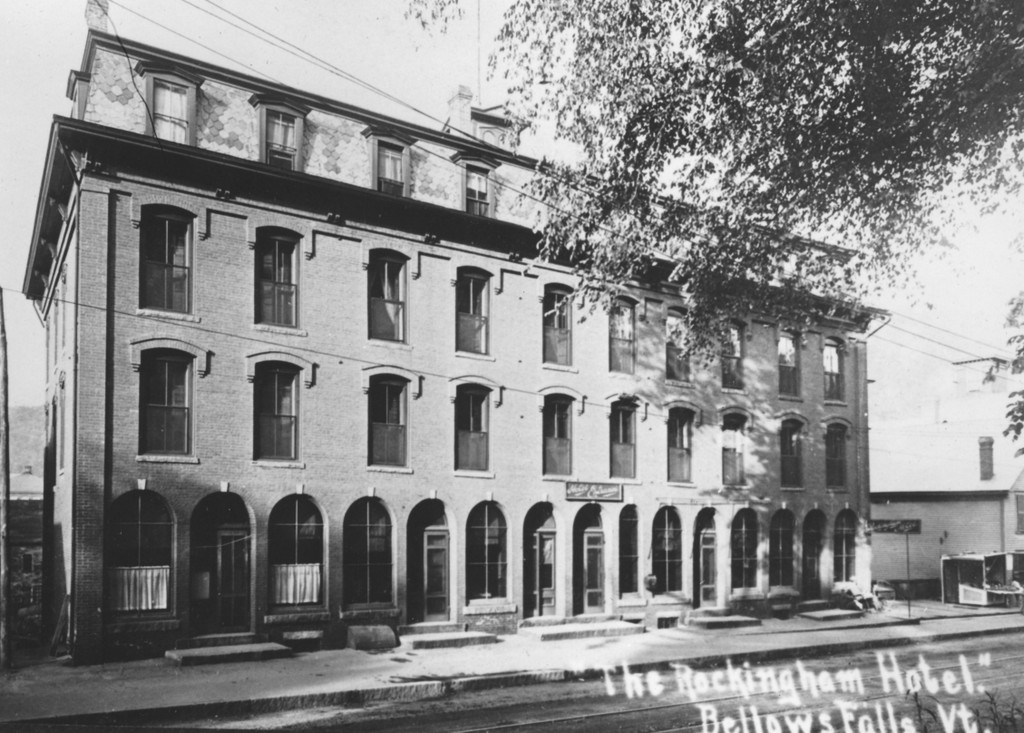 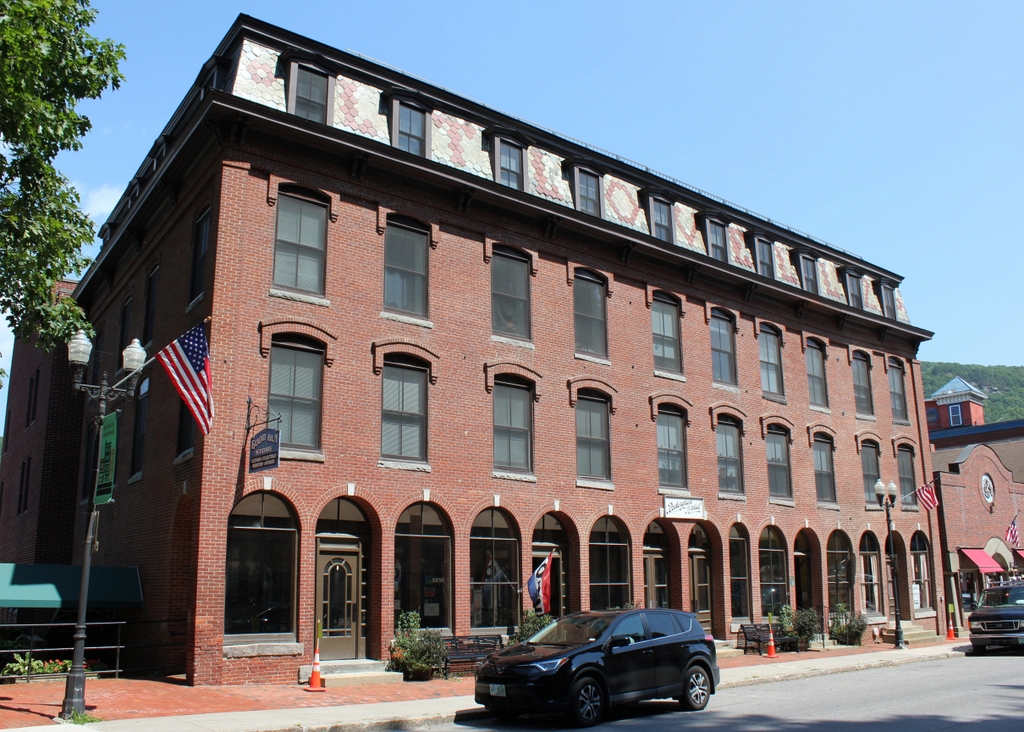 This building was constructed in 1883 by Leverett T. Lovell, a local businessman whose name is still visible in the slate shingles of the mansard roof. It originally housed a mix of commercial tenants, and an 1885 map shows that it was occupied by a harness shop, a print shop, two millinery shops, and a dentist’s office. However, in 1895 the building became the Hotel Rockingham, as shown in the first photo, which was probably taken within about a decade or two after the hotel opened.

Not long after the hotel opened, manager Lewis T. Moseley faced legal trouble as a result of the state’s prohibition laws. Long before nationwide Prohibition, Vermont became one of the first states to outlaw the sale of liquor in 1853, and these laws remained in effect throughout the rest of the 19th century. They were not often consistently enforced, though, and violations were evidently common. Here at the Hotel Rockingham, Moseley sold illicit liquor, but in December 1895 he was charged after several students at nearby Vermont Academy admitted to drinking here. The hotel was raided again just two weeks later, and officers discovered and seized several gallons of whiskey. However, Moseley argued that this was the same liquor that he had before the previous incident, and that he had not sold any since then and was planning on returning it to his supplier. This defense was apparently persuasive, because the court subsequently ordered the whiskey to be returned to him.

Aside from selling illegal alcohol to local students, the Hotel Rockingham was also popular as a railroad hotel. At the time, Bellows Falls was an important railroad junction, and many travelers stayed here, thanks to its proximity to the railroad station on the other side of the canal behind the hotel. However, the hotel also had some long-term guests, with the 1900 census showing six boarders who resided here. All were either single or divorced, and their occupations included two barbers, a veterinary surgeon, a dressmaker, and a railroad brakeman. In addition, eleven hotel employees lived here in the building, including a clerk, porter, chef, pastry cook, kitchen worker, three waitresses, two laundrywomen, and a young man who did “general work,” presumably as some sort of handyman.

A few years later, in 1907, the hotel had a particularly wealthy boarder in Hetty Green, the famous miser and financier who was the richest woman in America during the early 20th century. She owned a house nearby on Church Street, but during the summer of 1907 she and her daughter Sylvia spent about thee or four weeks living here at the Hotel Rockingham, rather than opening their house for a relatively short stay in town.

The Hotel Rockingham remained in operation throughout the first half of the 20th century. The village of Bellows Falls was hit by a number of catastrophic fires during this period, which destroyed many important downtown buildings, yet the hotel survived these threats. One such fire occurred on February 16, 1911, when a nearby store caught fire. The blaze spread from there, destroying three buildings and damaging two others, including the Rockingham. However, the damage was limited to $1,500, which was fully insured, and the hotel was soon repaired. Another major fire threatened the hotel on January 19, 1920. It began in a laundry at 63 Rockingham Street, and it destroyed two houses and a theater, causing about $75,000 in damage. The Hotel Rockingham was evacuated, but it sustained only minor damage from the flames.

Over time, the hotel fell into a decline, eventually becoming a rooming house before closing in the 1960s. However, the building was subsequently restored and expanded, with a six-story addition on the rear of the building facing Canal Street. Now known as the Canal House, it is a mixed-use property with commercial tenants on the first floor, and affordable housing for the elderly on the upper floors. From this view, very little has changed on the exterior besides the addition, and it stands as an important historic building in the village center, Along with the other nearby buildings, it is now part of the Bellows Falls Downtown Historic District, which was added to the National Register of Historic Places in 1982.