Looking down Elliot Street from Edwards Street, around 1892. Image from Picturesque Hampden (1892). 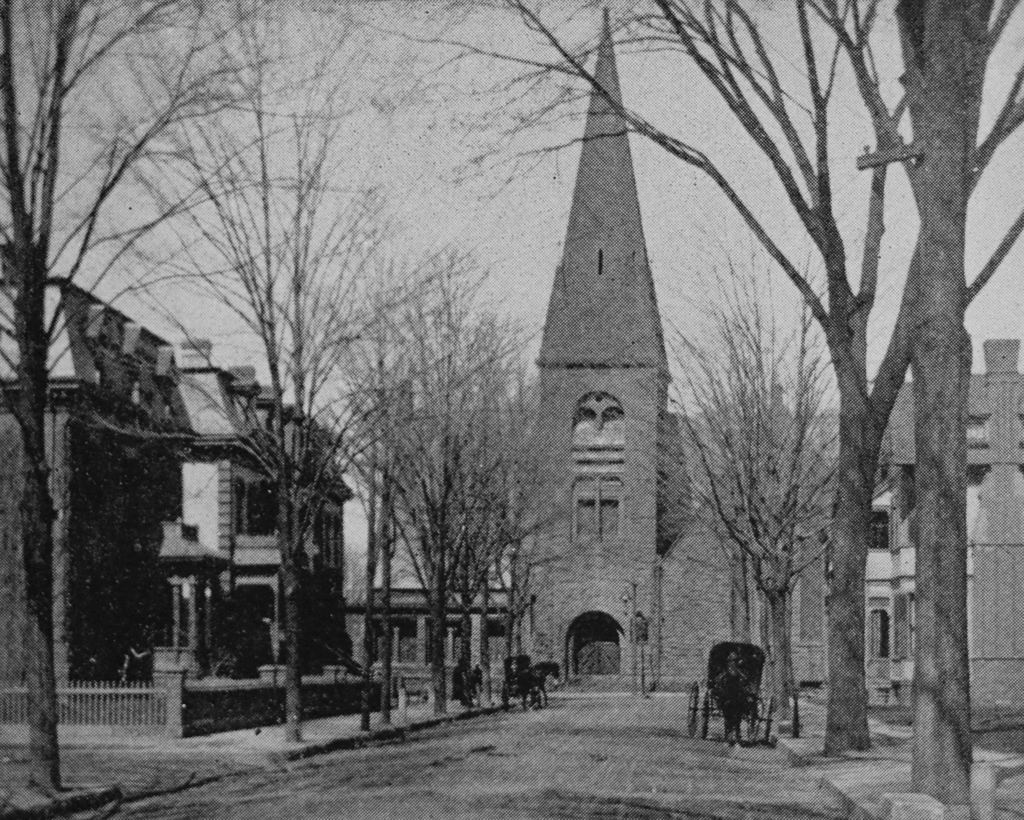 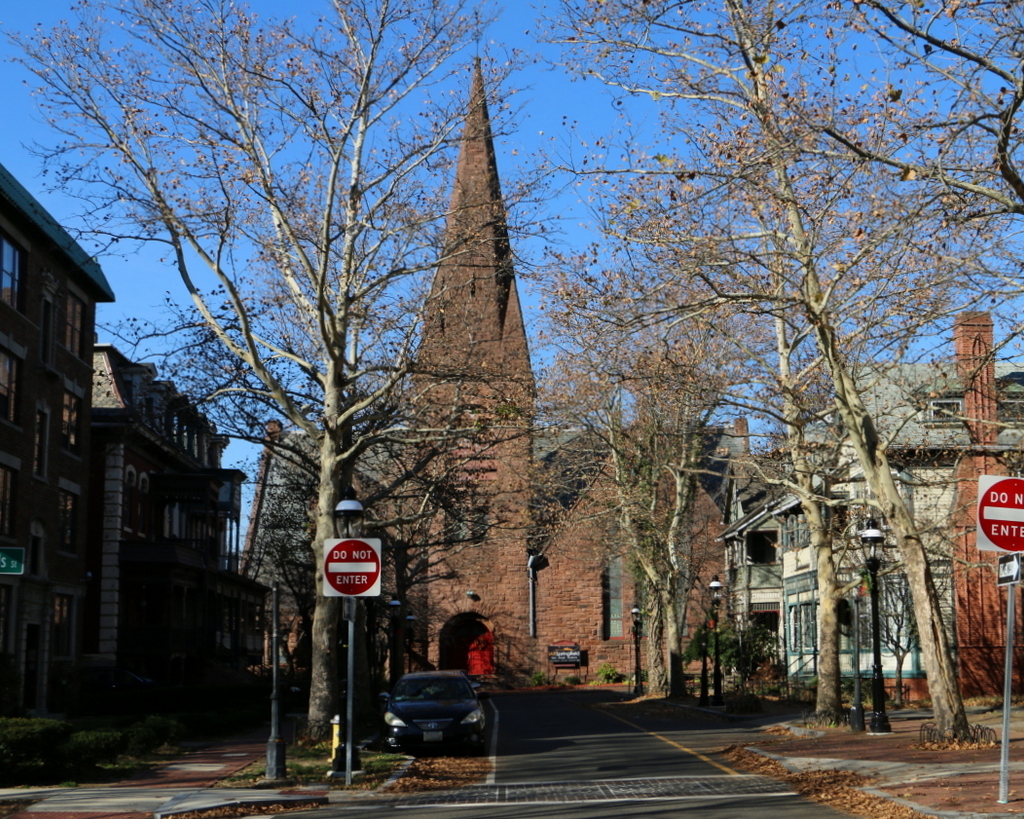 Most of the views of Springfield featured in Picturesque Hampden almost 125 years ago are now drastically changed, but thankfully very little is different about this view of Elliot Street. Aside from the one on the far left, all of the other buildings in this scene are still standing. The most prominent is the North Congregational Church, which was designed by noted architect Henry Hobson Richardson and completed in 1873. It was one of his earlier works, and is one of two of his buildings, along with the Hampden County Courthouse, that is still standing in Springfield. To the left is the William Mattoon House, which was built around 1870 and is the oldest building in the scene. It was owned by William Mattoon, who also owned the land behind it that was later developed as Mattoon Street. To the right in both photos is the duplex at 95-99 Elliot Street, which was built in 1887, only a few years before the first photo was taken. Today, all of these buildings have been restored and are part of the Quadrangle-Mattoon Street Historic District on the National Register of Historic Places. 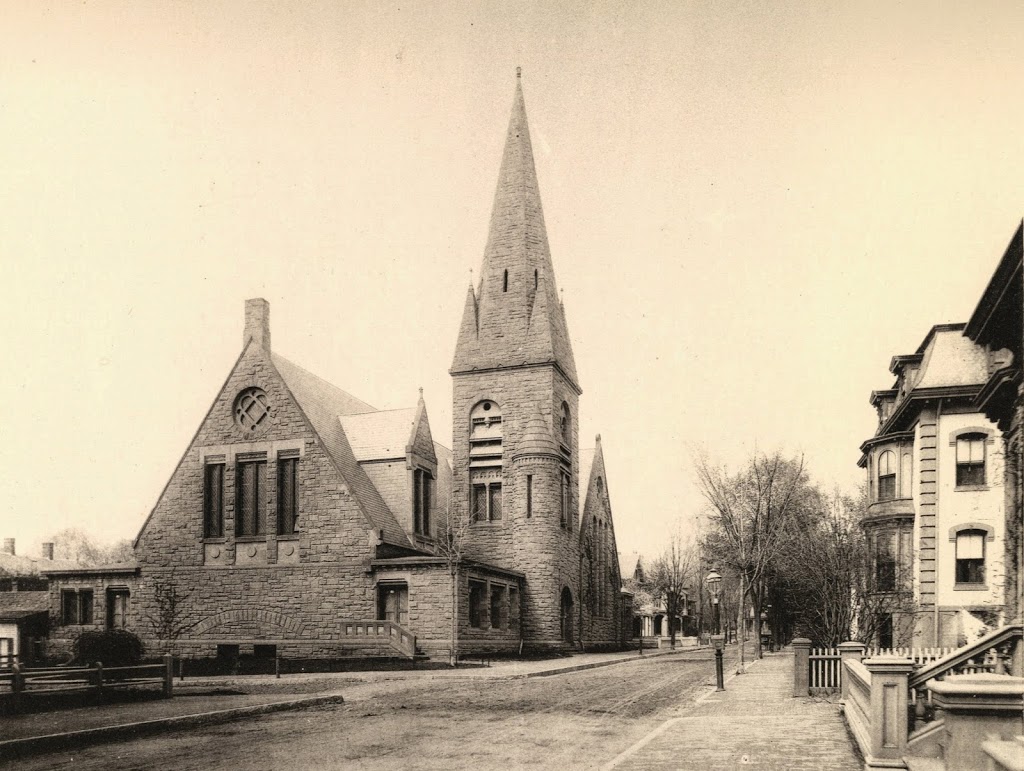 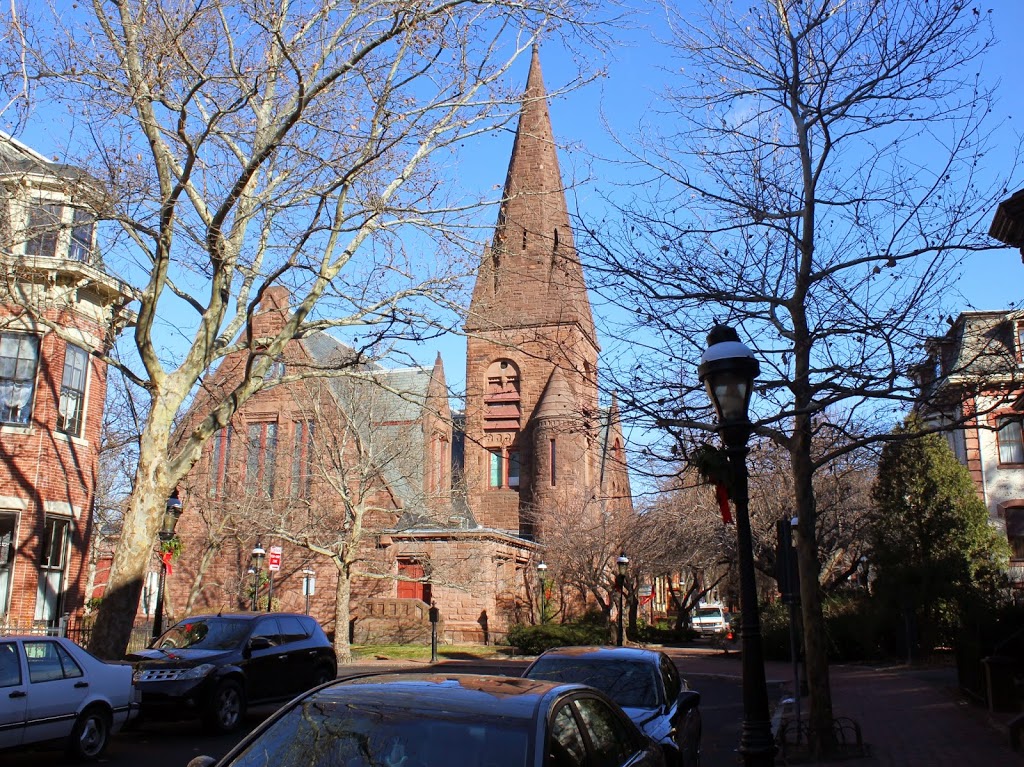