Looking north on High Street, from just south of the corner of Dwight Street in Holyoke, around 1910-1915. Image from Illustrated & Descriptive Holyoke Massachusetts. 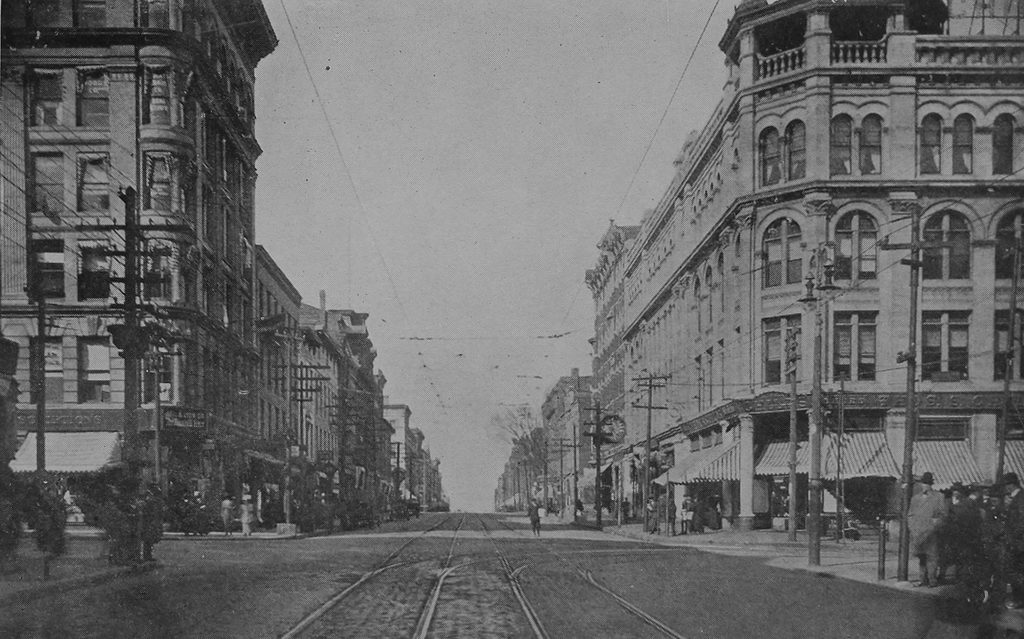 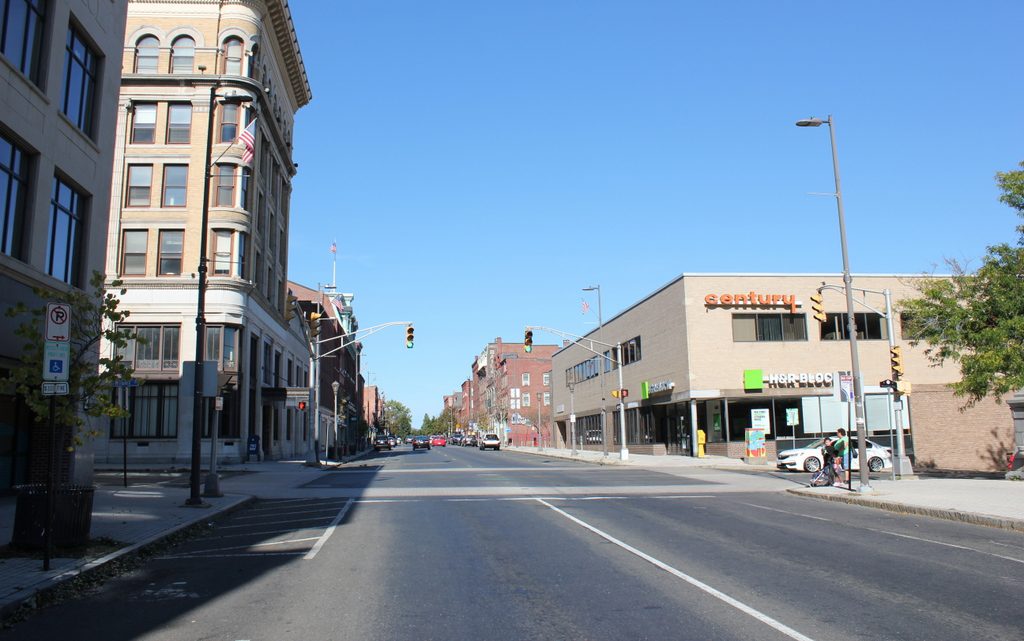 The first photo shows the commercial center of Holyoke during the early 20th century, when the city was at the height of its prosperity. Both sides of High Street were lined with commercial buildings, most of which had been built in the second half of the 19th century. They represented a range of architectural styles, and two of the most significant buildings stood in the foreground at the corner of Dwight Street. On the left is the six-story Ball Block, which was built in 1898, and on the right side of the first photo is Delaney’s Marble Block, which was built in 1885 and was designed by noted local architect James A. Clough.

Today, more than a hundred years after the first photo was taken, Holyoke has undergone some significant changes. Much of its manufacturing base was gone by the mid-20th century, and the city has since experienced rising poverty rates and declining population. However, this economic stagnation may have also helped to preserve many of the historic commercial blocks on High Street, since there has been little demand for new developments. Almost all of the buildings are still standing from the first photo, and the only noticeable loss is Delaney’s Marble Block, which was demolished around 1950 to build the present-day two-story building. The buildings in this scene are now part of the North High Street Historic District, which was added to the National Register of Historic Places in 1986.