Ventfort Hall, on Walker Street in Lenox, around 1893. Image courtesy of the Lenox Library Association. 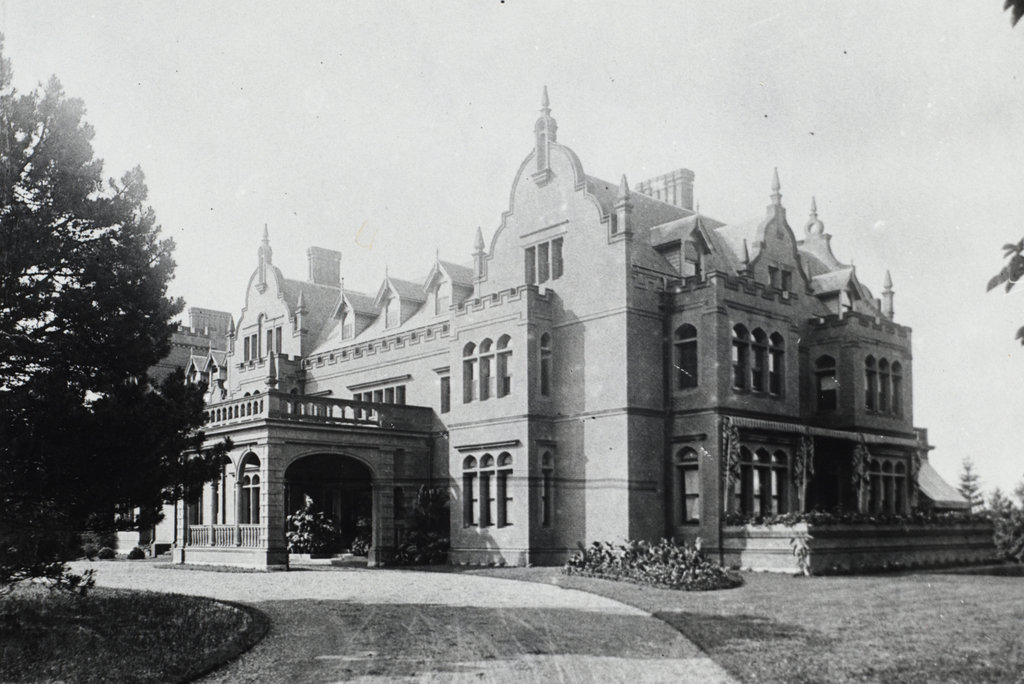 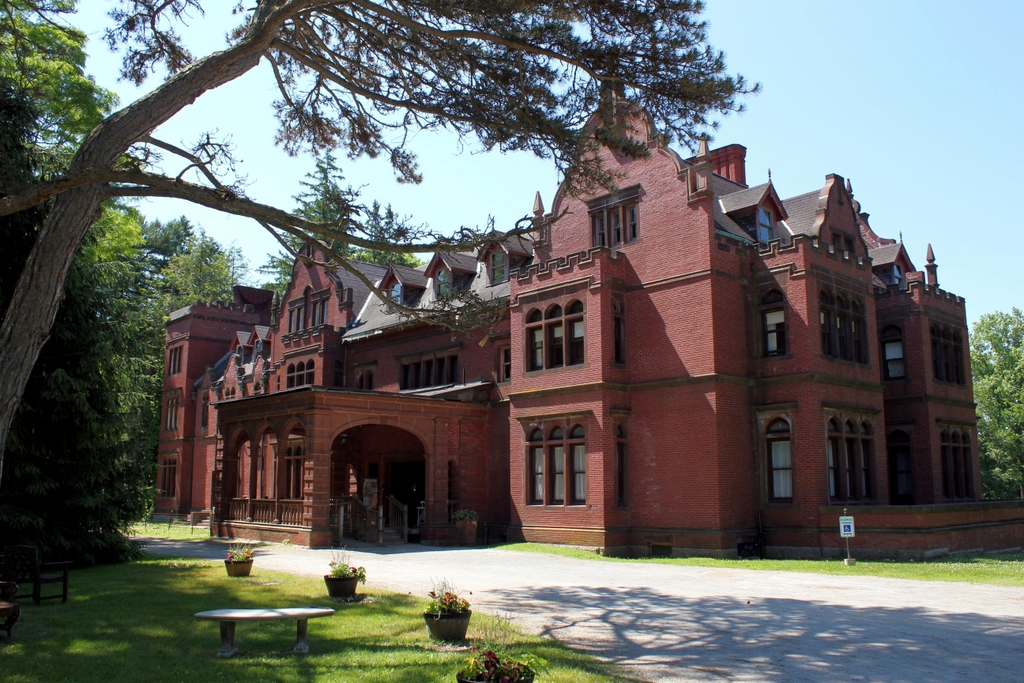 Ventfort Hall is one of the many large summer homes that were built in the Berkshires during the late 19th and early 20th centuries. The region, particularly the southern part in and around Lenox, was a popular resort destination during this period, and some of the nation’s wealthiest families had estates here. Ventfort Hall, shown here in these two photos, was owned by George and Sarah Morgan, of the prominent banking family. Sarah (1839-1896) was the sister of J. P. Morgan, and her husband George (1840-1911) was a New York banker. Despite having the same last name even before their marriage, George and Sarah were only distantly related, having been descended from two different brothers who came to America in the 17th century.

Sarah’s father, the prominent financier Junius Spencer Morgan, died in 1890, leaving her with an inheritance of $3 million, equivalent to about $85 million today. Soon after, she purchased this property on Walker Street, which at the time was occupied by another house. This house was demolished, and the Morgans hired the Boston-based architectural firm of Rotch & Tilden to design a new one. These architects had previously designed several other estates in Lenox, including the nearby Frelinghuysen House, which the Morgans rented while Ventfort Hall was under construction. However, Ventfort Hall featured a very different architectural style, with a brick, Jacobean Revival exterior, as opposed to the wood-frame Colonial Revival-style Frelinghuysen House.

Ventfort Hall was completed in 1893, around the time that the first photo was taken, but Sarah Morgan died only three years later. George continued to own the property until his death in 1911, and his two children, Junius Spencer Morgan II and Caroline Morgan, subsequently inherited it. However, the house was often rented out to other affluent families. During the late 1910s, Margaret Emerson Vanderbilt spent several summers here while her own estate, Holmwood, was under construction here in Lenox. She was in her early 30s at the time, and had been widowed in 1915 when her husband, Alfred Gwynne Vanderbilt – son of wealthy businessman Cornelius Vanderbilt II – died in the sinking of the Lusitania.

The house was then rented by William Roscoe Bonsal and his wife Mary. William was a railroad executive who was originally from South Carolina, and he and Mary rented the house for seven years, before purchasing it outright from the Morgan family in 1925. He died in 1933, and Mary in 1940, and the Bonsal family sold the property in 1945. By this point, though, the age of large summer estates in the Berkshires had passed, and, like many of the other nearby properties, it was converted into institutional use.

During the second half of the 20th century, Ventfort Hall was used for a variety of purposes, including as a dormitory for Tanglewood, a hotel, and a ballet school. Starting in 1976, it was one of several historic mansions owned by the Bible Speaks College. However, this school closed in 1987, and the building subsequently sat vacant for about a decade. It was threatened with demolition by a developer who wanted to construct a nursing home on the site, but it was ultimately sold to the Ventfort Hall Association in 1997, and it has since been restored to its original appearance.

Coming after many years of neglect, the restoration of Ventfort Hall was a major project, but the house opened for public tours starting in 2000. Around this same time, the house made an appearance on the silver screen when the exterior was used as a filming location for the 1999 film The Cider House Rules. Since then, the house has remained open to the public as the Ventfort Hall Mansion and Gilded Age Museum, and it is one of several historic 19th century mansions in the Berkshires that have been converted into museums.