The Providence Athenaeum on Benefit Street in Providence, around 1906. Image courtesy of the Library of Congress, Detroit Publishing Company Collection. 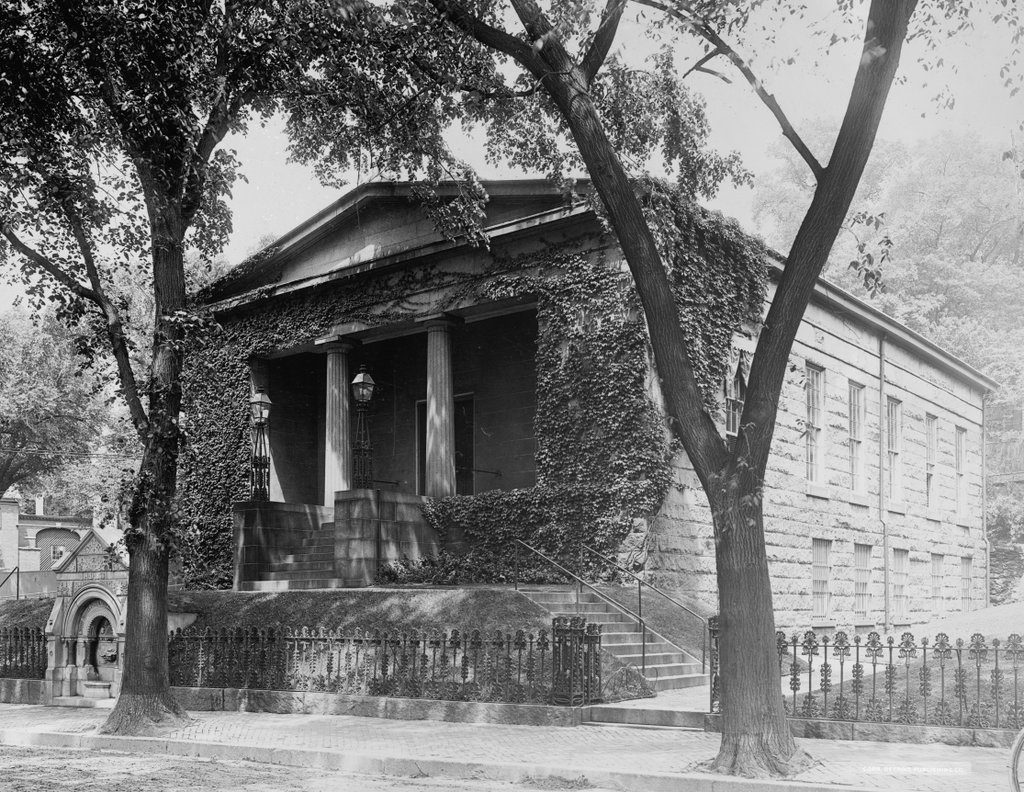 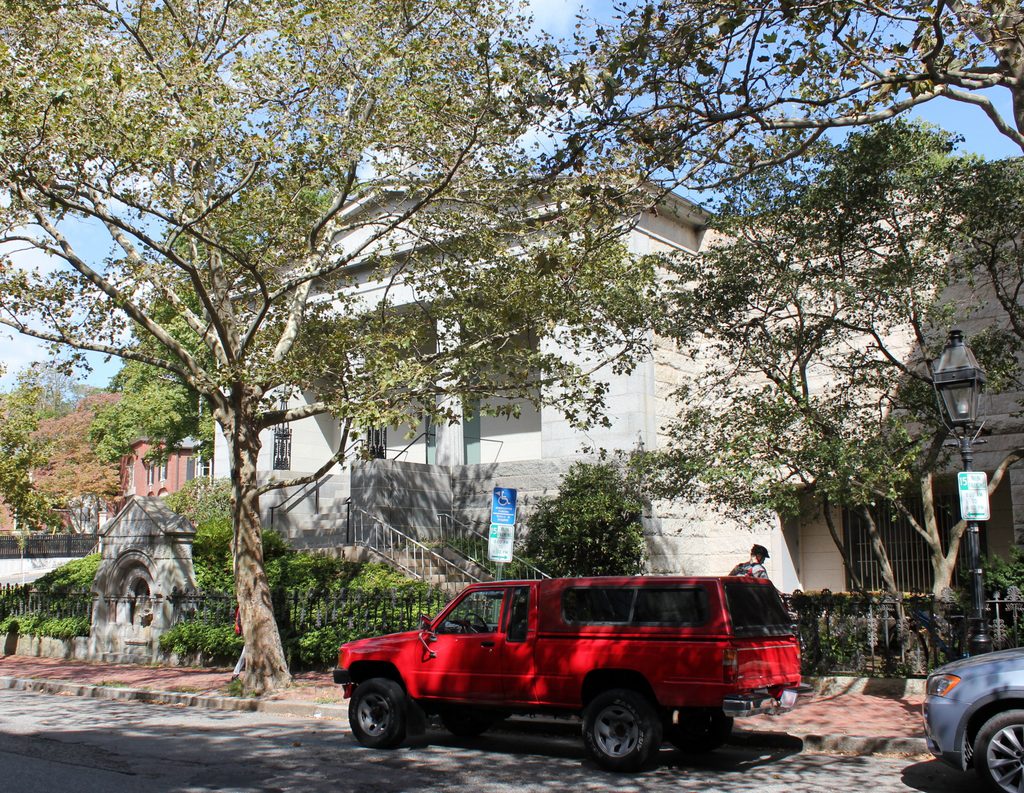 Today, public libraries can be found in virtually every town in New England as well as throughout the rest of the country, but they were virtually unheard of prior to the second half of the 19th century. Even here in Providence, the first public library did not open until 1878. Before this, many cities had private libraries, which were funded through membership dues. In Providence, two such libraries were the Providence Library Company and the Providence Athenaeum, which merged in 1836 to form the present-day Athenaeum. Two years later, the library opened their current building here on Benefit Street near the corner of College Street, just down the hill from Brown University.

One of the most notable incidents in the history of this building came within ten years after it opened. In 1848, Edgar Allan Poe was courting Sarah Helen Whitman, a Providence poet who, at 45 years old, was six years Poe’s senior. He proposed to her in a Providence cemetery (naturally, for Poe), and she eventually accepted, provided that he sobered up. During their engagement, they frequently visited the Athenaeum together. During one such visit on December 23, 1848, two days before their planned wedding, Whitman received a note saying that Poe had been drinking the night before and that morning. Here in the library, she called off the wedding, and soon after Poe returned to Richmond, never to see Whitman again. He was dead less than a year later in bizarre circumstances, a few days after being found delirious and wandering the streets of Baltimore.

Nearly a century after Poe’s visits, the Athenaeum was frequented by another prominent horror fiction writer, Providence native H.P. Lovecraft. Largely influenced by Poe’s writings, Lovecraft was well aware of the Poe connection to the building, writing in one letter to author Frank Belknap Long:

Providence, which spurn’d Eddie living, now reveres him dead, and treasures every memory connected with him. The hotel where he stopt, the churchyard where he wander’d, the house and garden where he courted his inamorata, the Athenaeum where he us’d to dream and ramble thro’ the corridors—all are still with us, and as by a miracle absolutely unchang’d even to the least detail.

Lovecraft lived here on College Hill, just a short walk from both the John Hay Library and the Athenaeum, and he often visited both. Aside from mentioning it in his letters, he also included it in several of his works, alongside other Providence landmarks.

As for the Athenaeum building itself, it is still in use by the library more than 175 years after it opened. It has seen several additions, though, to house the library’s growing collections. The first came in 1914, and was located at the southeast corner of the building, on the back and to the right when seen from this angle. The second addition, visible on the right side of the 2016 photo, opened in 1979 with an architectural design that, like the 1914 addition, matched the original 1838 design of the building. Today, it is one of the many historic buildings still standing in the College Hill neighborhood, and it forms part of the College Hill Historic District on the National Register of Historic Places.