The house at 65 Dartmouth Street in Springfield, around 1938-1939. Image courtesy of the Springfield Preservation Trust. 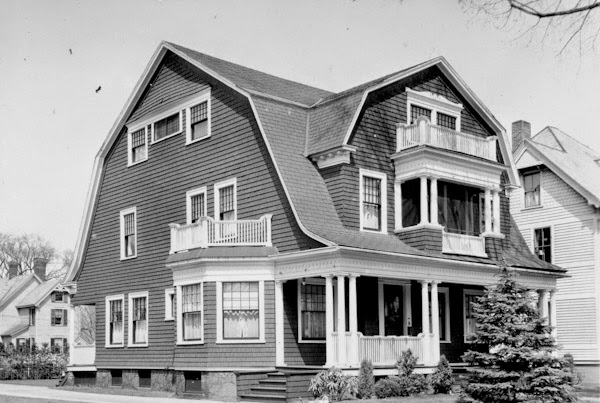 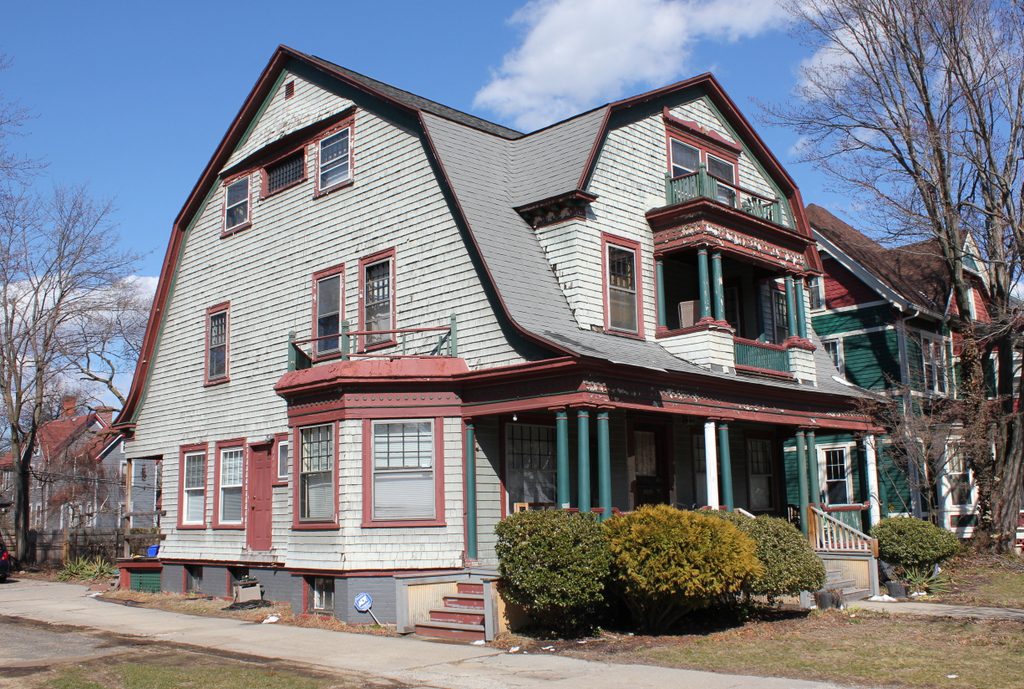 Although the majority of houses in the McKnight neighborhood are Queen Anne-style, many other homes had yet to be built by the mid-1890s, as preferences began to shift toward Colonial Revival architecture. This particular house was built in 1895, right around the time that this shift was happening, so it still retains some of the earlier Queen Anne features, such as the bay window and the multi-story front porch. However, it is clearly a Colonial Revival home, with elements such as a symmetrical front facade and a cross-gambrel roof, along with an exterior covered in shingles.

This house was originally owned by William G. Wheat, a dry goods merchant who was a partner in the Springfield firm of Meekins, Packard & Wheat. He and his wife Clara lived here with their two children, Harold and Isabelle, until around 1910, when they moved to State Street. The family apparently owned the house for some time afterwards, although by 1920 it was owned by Charles and Edith Van Norman. Charles was a Canadian immigrant who, along with his brother Fred, had founded the Van Norman Machine Tool Company here in Springfield.

By the time Charles Van Norman moved into this house, the company had prospered, specializing in milling and grinding machines. He served as president and general manager of the company, and both he and Edith were still living here when the first photo was taken. Despite living in a comparatively modest house, he was far wealthier than most of his other neighbors, and the 1940 census listed his annual income as $5,000+, the highest bracket used on the census.

Charles lived here until his death in 1946, and Edith died two years later. Since then, the house has not changed significantly, and it still retains its original Colonial Revival appearance. Along with the other houses in the neighborhood, it is part of the McKnight Historic District, which was added to the National Register of Historic Places in 1976.