The house at 36 Dartmouth Street in Springfield, around 1938-1939. Image courtesy of the Springfield Preservation Trust. 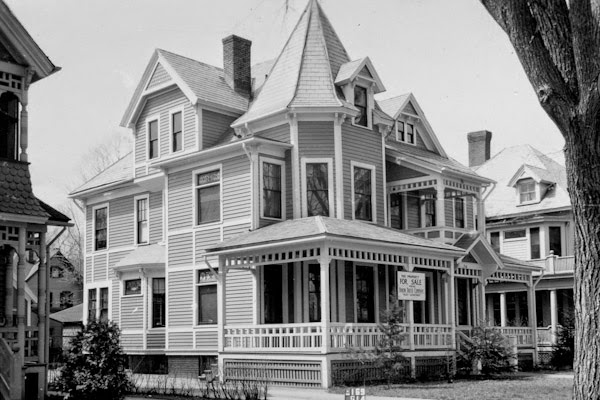 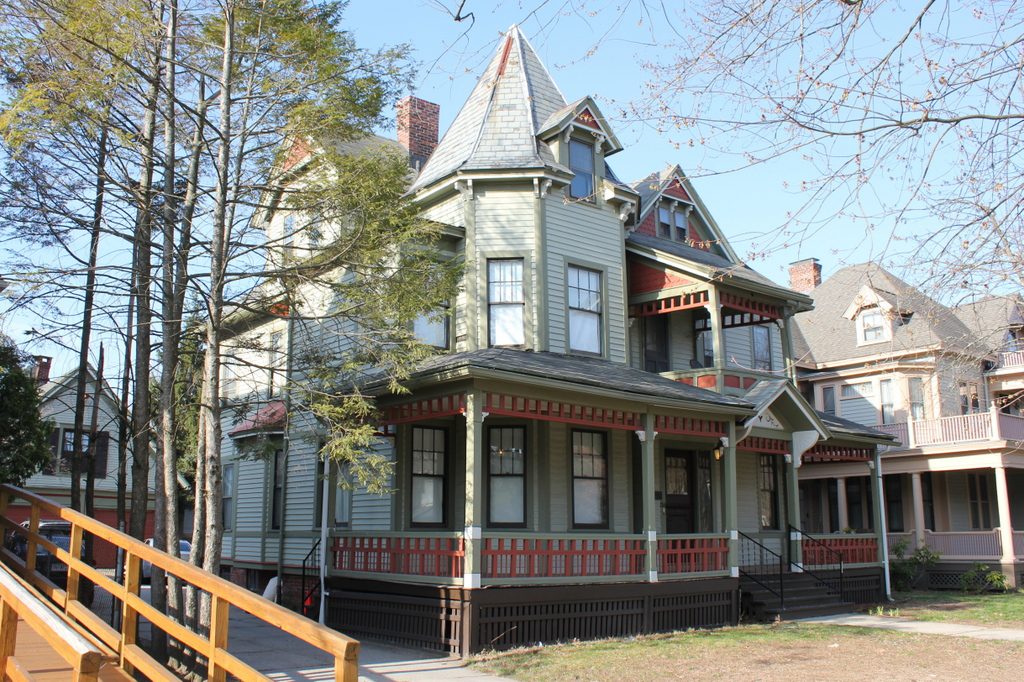 Ezekiel M. Ezekiel was born in 1841 in Richmond, Virginia, to a prominent Jewish family. He had 13 siblings, including an older brother, Moses Ezekiel, who went on to become a noted sculptor. During the Civil War, Ezekiel fought for the Confederacy, but after the war he moved north, first to New York and later to Springfield. He worked for many years as a traveling salesman for David B. Crockett Co., a Bridgeport, Connecticut-based varnish company.

In 1884, he married his wife Caroline, who was 20 at the time and less than half his age. Their only child, Grace, was born the following year, and in 1886 moved into this newly-built house in Springfield. Ezekiel continued working for the varnish company, but he was also involved in local politics. He served on the police commission, and he was also at one point the chairman of the Democratic City Committee. In 1903, he was even nominated as the Democratic candidate for Secretary of the Commonwealth, although he lost to incumbent Republican William M. Olin by a wide margin.

The Ezekiel family was still living here during the 1900 census, but they later moved to a new house at 251 Longhill Street in Springfield’s Forest Park neighborhood. By at least 1908, their former house here on Dartmouth Street was owned by Mary F. Strong, a 56 year old widow whose husband Judson had been murdered in 1904. He was a real estate dealer, and one of his tenants at 120 Main Street was Dr. Edward J. Belt. On October 8, 1904, Belt entered Strong’s office, shot him twice in the face, and also shot another man in the room. He then returned to his own office, where he drank a bottle of carbolic acid. All three men were transported to Mercy Hospital, and Belt was pronounced dead soon after. The other man’s injuries were not considered life-threatening, but Strong was critically wounded and he died nine days later from the resulting infection.

Mary Strong lived here with her three children until sometime in the 1910s, when, like the previous owners, they moved to Forest Park. By 1920, the house was being rented by Robert L. Notman and his wife Laura, who lived here with their six children, aged 9 to 23. Both Robert and Laura were Canadian immigrants, and Robert was listed as being an automobile manufacturer. Later in the 1920s, the house was purchased by Jeremiah L. Shea and his wife Ella. During the 1930 census, they were living here with their son and four daughters, whose ages ranged from 26 to 32. However, by the time the first photo was taken the house was for sale, as indicated by the large sign on the porch.

The house was apparently on the market for a few years, because during the 1940 census it was being rented for $55 a month to Paul M. Limbert, a professor at Springfield College. He and his wife Anna purchased the house a year later, and they lived here for over a decade. In 1946, Paul became the president of the college, and he served in this position until 1952. The following year, he and Anna left Springfield and moved to Geneva, Switzerland, where he became the Secretary General of the World Alliance of YMCAs.

The house was restored in the late 1960s, and it has been well-maintained ever since, with hardly any difference from the first photo. The carriage house, partially visible in the distance on the left, has also been restored, and is now used as an apartment. Along with the rest of the neighborhood, the property is now part of the McKnight Historic District, which was added to the National Register of Historic Places in 1976.