The house at 130-132 Westminster Street in Springfield, around 1938-1939. Image courtesy of the Springfield Preservation Trust. 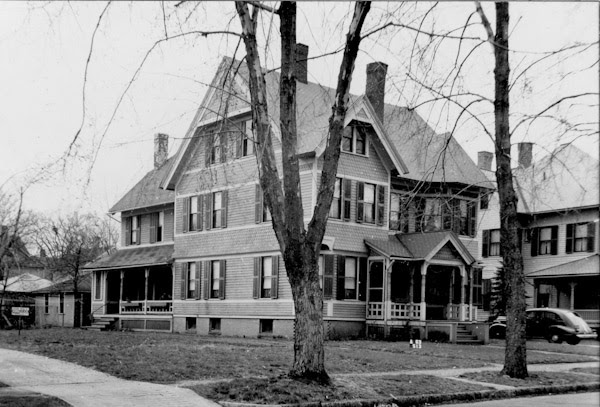 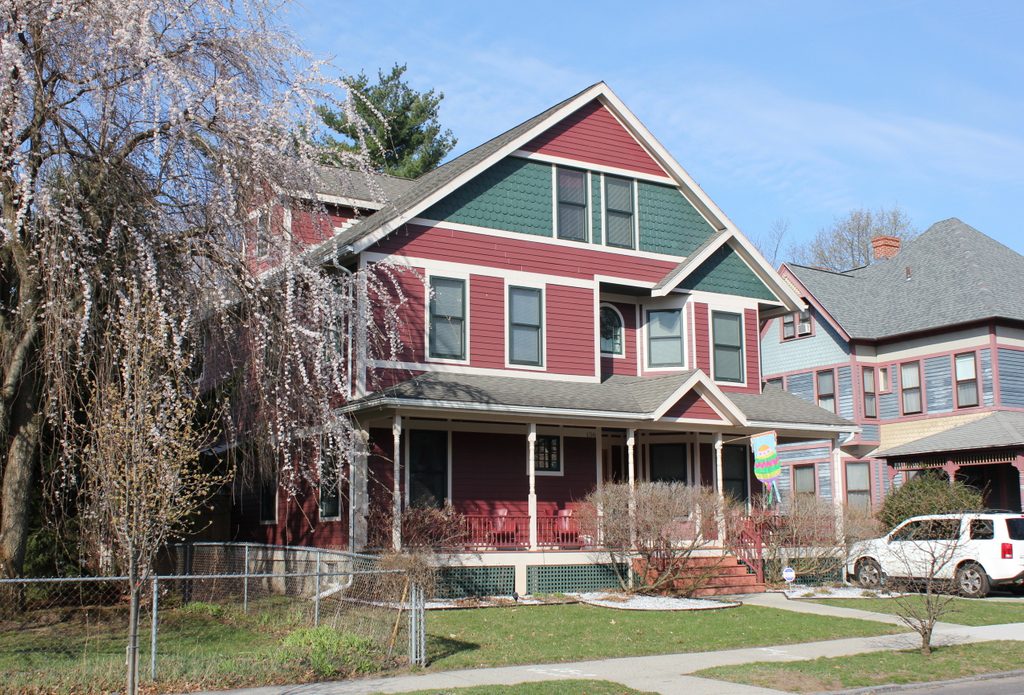 This two-family home was built in 1887, and was originally own by Evan and Ruth Bateman. It seems unclear whether they actually lived here, though, because the house was primarily used as a rental property throughout its history. Like the rest of the neighborhood at the time, the residents here were primarily middle class professionals. In the early 1890s, Anna L. Goodenough lived here, and worked a few miles away at the school in Sixteen Acres. By the turn of the 20th century, Edwin C. Spear lived here, and worked as the treasurer of the Springfield-based Cheney Bigelow Wire Works. Other early residents included engineer Elbert E Lochridge, lumber company manager Howard B. Field, and meat market salesman William M. Byrnes.

By the time the first photo was taken, the unit at 130 Westminster was rented by car salesman Irving E. Baker, while the other unit was rented by chiropodist James E. Delaney. In the years that followed, though, the house was altered, including covering part of the exterior in aluminum siding and enclosing the front porch. In 1976 the house became part of the McKnight Historic District on the National Register of Historic Places, but it was completely gutted in a fire in September 2004, and was demolished the following year.

However, unlike most of the other fire-damaged properties in McKnight, this lot did not stay vacant for long. A new house was soon built on the site, bearing some resemblance to the original home and fitting in seamlessly with the Queen Anne-style of the neighborhood. It is one of the few new homes in the area, and in 2007 it was recognized by the Springfield Preservation Trust, who presented an award to the owner for an architecturally appropriate new construction.