The house at 134 Westminster Street in Springfield, around 1938-1939. Image courtesy of the Springfield Preservation Trust. 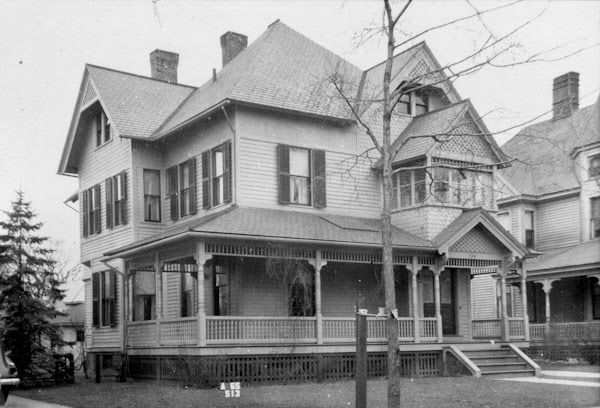 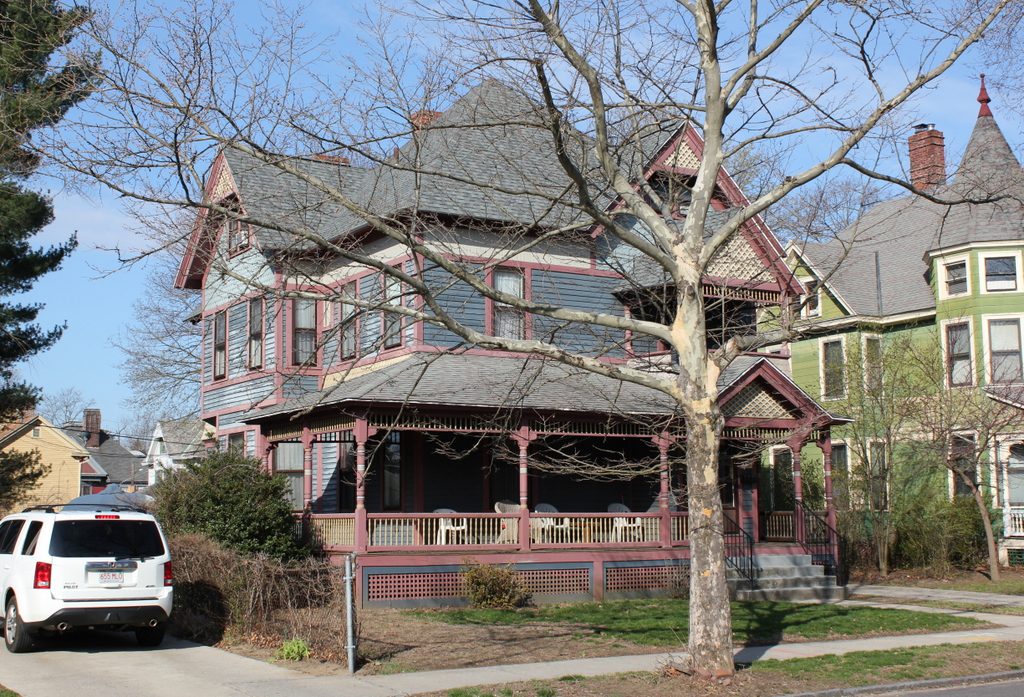 This house was built in 1887, and according to the state’s MACRIS database it was originally owned by a Lewis Bates. However, he evidently did not live here for long, because by the 1890s it was owned by James and Mary Allen. James was a dry goods merchant, and he and Mary lived here with their two daughters, Anna and Susan, plus Mary’s sisters, Elizabeth and Edith. Susan was a piano teacher, and Edith also taught, working at the nearby Buckingham Primary and Grammar School at the corner of Eastern Avenue and Wilbraham Road.

James died in 1904, and two years later Mary sold the house to Charles and Mary Van Vlack. Originally from Albany, they moved to Springfield in the late 1860s, joining the many people who came to the city in the post-Civil War economic boom. Charles began his career as a printer, but later went into the electrotyping business, establishing the Charles Van Vlack Electrotyping Company soon after his arrival in Springfield. In 1892, he began a second company, the Springfield Photo Engraving Company, which he co-owned with his son William.

Charles and Mary were living in this house during the 1910 census, along with William, who was 38 at the time. They also hired a live-in servant, and they rented a room to Susan Milliman, a teacher who worked in the Springfield public school system. However, Mary died of cancer two years later, and in 1913 Charles sold his electrotyping company. He died a year later, from Bright’s disease, and soon afterward William sold the house.

The house was purchased by Ralph and Mabel Fowler, a newlywed couple who moved in after their marriage in 1916. By the 1920 census, they had a young son, Frank, and they also hired a live-in servant. Ralph worked as a buyer for a paper company, and his family lived here until at least the late 1920s. Neither the family nor the house appears in the 1930 census, and by the time the first photo was taken in the late 1930s the house had changed hands again, and was owned by John B. Lewis. An elderly widower, Lewis was the pastor of the Union Congregational Church in Springfield, and he lived here with his daughter Olive, her husband John Radebaugh, and their three children. Reverend Lewis lived here until he moved out of Springfield around 1957, and, on a personal note, he also performed the wedding ceremony for my grandparents here in this house in 1953.

Like many of the other houses in the McKnight neighborhood, at some point in the mid-20th century the original clapboard exterior was replaced with siding. However, the house has since been restored to its 19th century appearance, complete with a multi-color paint scheme that highlights the Queen Anne-style details. Along with the rest of the neighborhood, it is now part of the McKnight Historic District, which was added to the National Register of Historic Places in 1976.