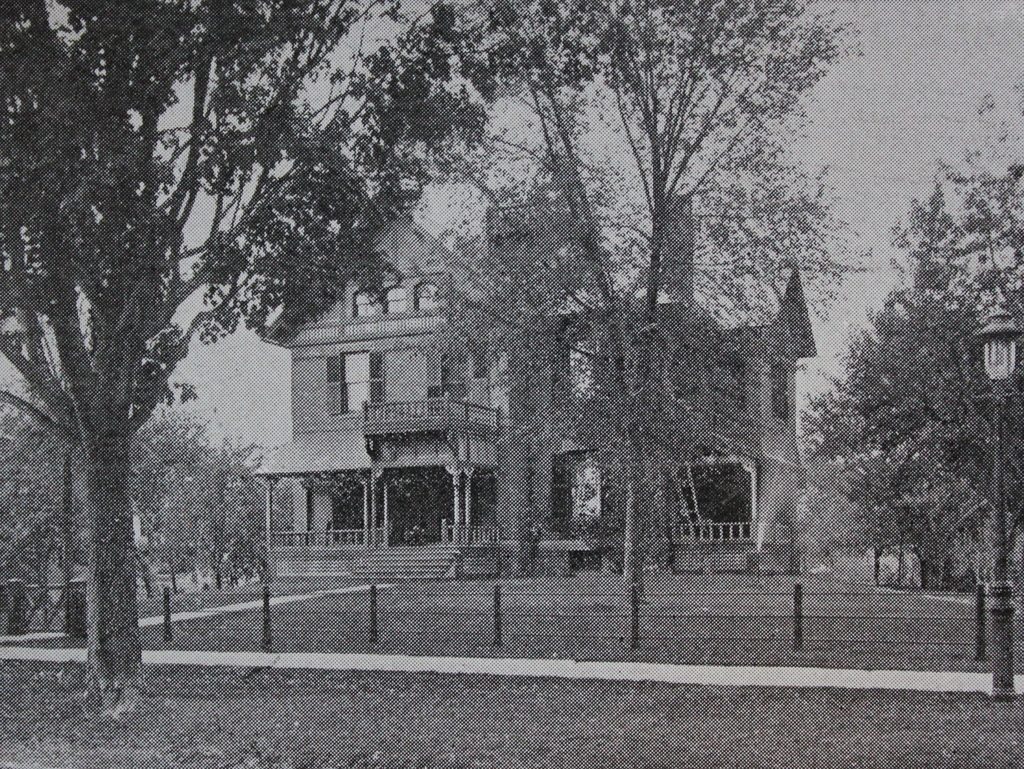 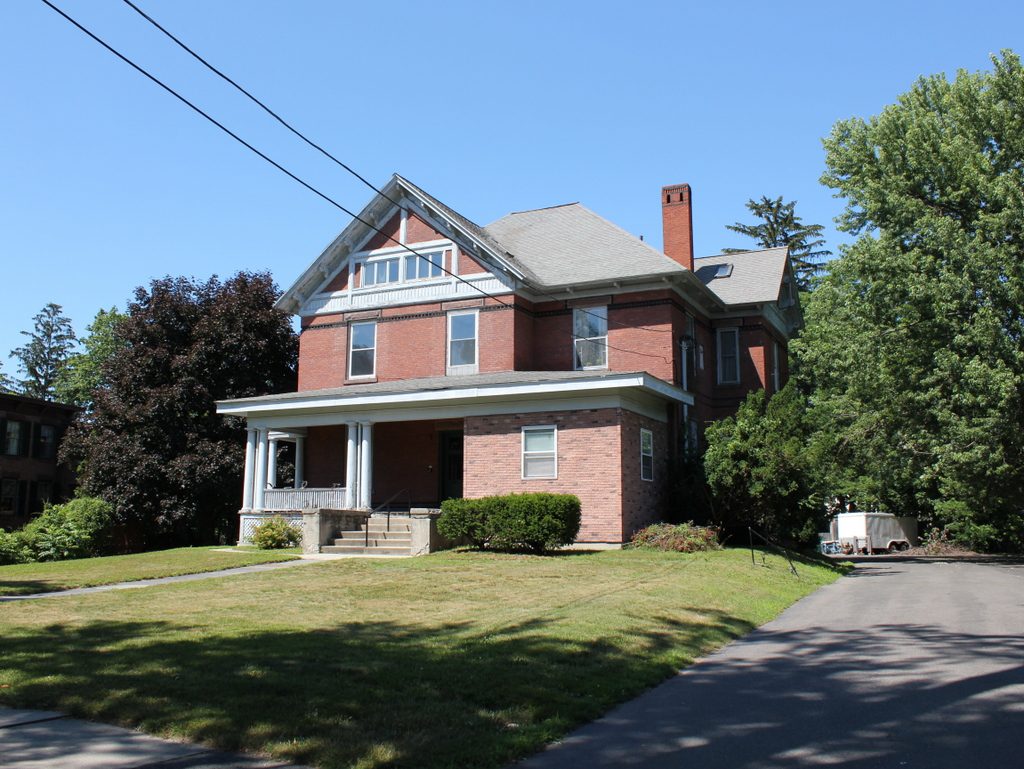 This Queen Anne-style house was built around 1879-1880, and was designed by Eugene C. Gardner, a prominent local architect of the late 19th and early 20th centuries. Originally from Ashfield, Massachusetts, he began his career as an architect here in Northampton in the 1860s, although he moved to Springfield in 1868. His subsequent works were predominantly in and around Springfield, although he continued to design homes, factories, and other buildings here in Northampton. Perhaps his most notable work was the Grove Hill Mansion in the neighborhood of Leeds, and this house here on Elm Street was, in some ways, a scaled-down version of the large, highly ornate Leeds house, which was built around the same time.

This Elm Street house was originally the home of George P. Dickinson, the treasurer of the Northampton Gas Light Company. He was living here when the first photo was taken around 1894, but he died in 1897, and the house was later owned by Charles A. Clark, a teller for the First National Bank. He and his wife Katherine were married in 1897, and by the 1900 census they were living here in this house with their two young children, Charles and Katherine, plus a 20-year-old, Irish-born nurse, Mariah Brennan. The Clarks would have two more children, Joseph and Virginia, by the next census, and they continued to live here for many years. However, Charles died around 1920, and the rest of the family moved out by about 1924.

In the ensuing years, the house had a variety of owners, including funeral director Oscar F. Ely in the 1920s, and physician Benjamin F. Janes in the 1930s. At some point, though, the house was converted into apartments. This probably happened in the 1940s, because city directories in the late 1940s show a number of people living at this address, all with different last names. Gardner’s original exterior design of the house has also since been altered, including the enclosed area on the right side of the front porch, the removal of the second-story balcony above the front porch, and alterations to the third-story windows. Overall, though, the house still stands as one of many upscale 19th century homes on Elm Street, and it is now part of the Elm Street Historic District, which was added to the National Register of Historic Places in 1994.