The house at 4 Custom House Court, just off Derby Street in Salem, on June 27, 1940. Image courtesy of the Library of Congress, Historic American Buildings Survey Collection. 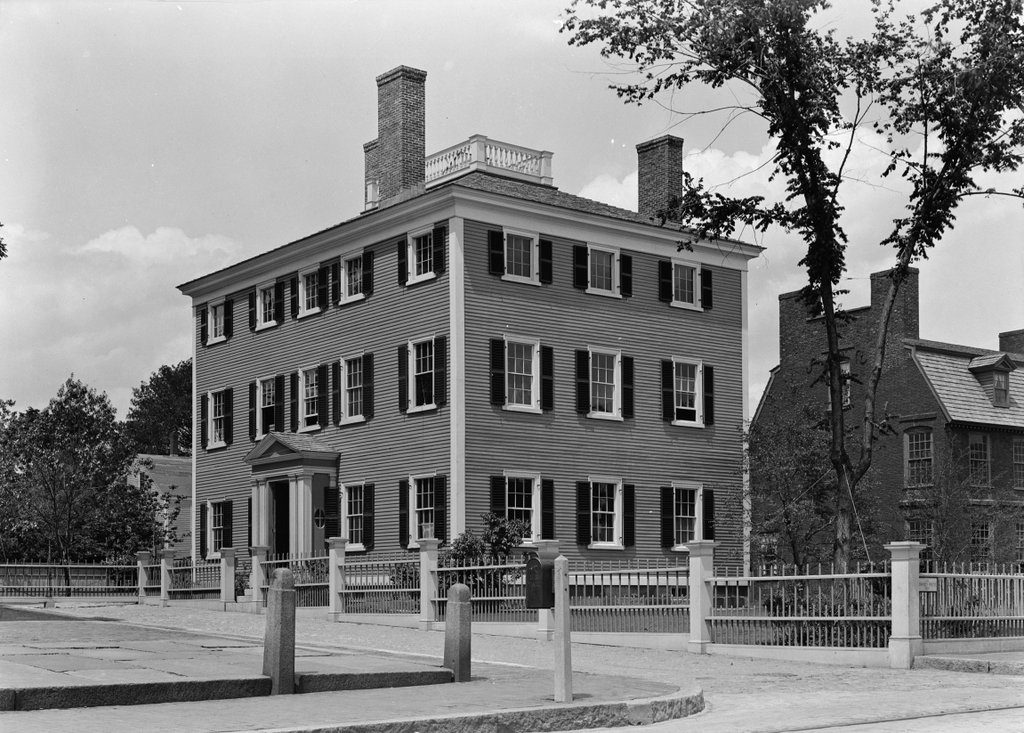 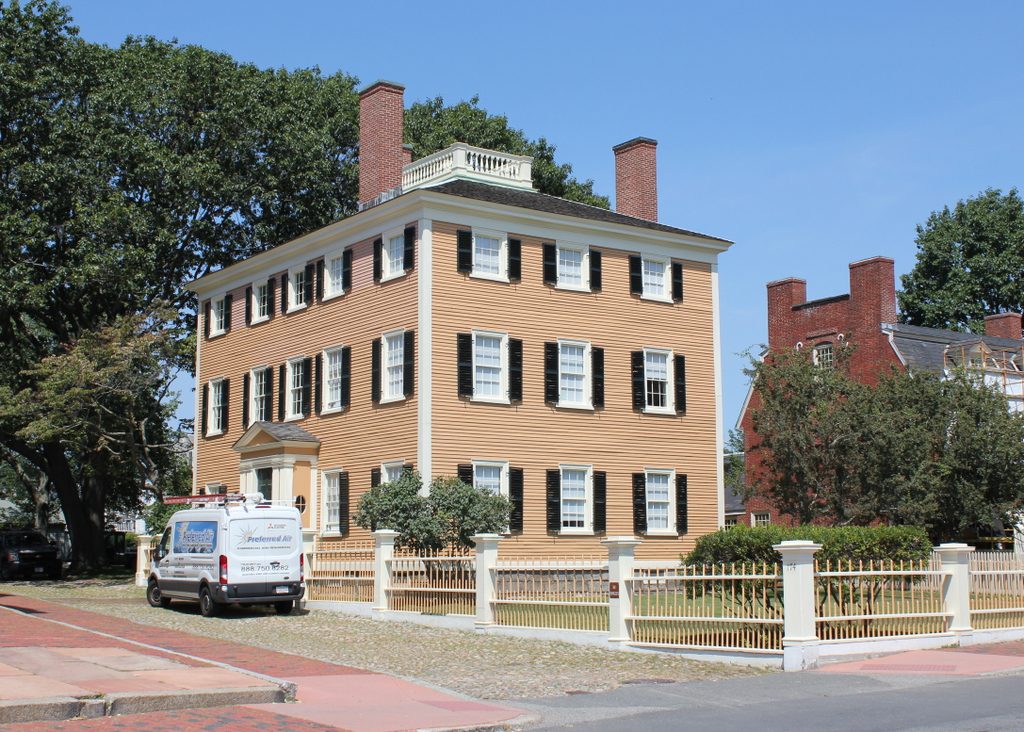 This house was originally intended as the home of Elias Hasket Derby, a prominent merchant who was among the wealthiest men in the country during the late 18th century. He had previously lived in the brick house on the right side of the photo, which his father Richard Derby had built for him in the early 1760s, but he had moved out of the house by the late 1770s. In 1780, he began construction on this large, wood-frame house, hiring noted Salem architect Samuel McIntire to design it.

However, the house was only partially completed by 1782, when Derby changed his plans and purchased the former home of merchant Benjamin Pickman on Washington Street. Derby hired Mcintire again, this time to make alterations to the Pickman House, and this half-finished house sat vacant for nearly two decades. In 1800, a year after Derby’s death, local pastor and diarist William Bentley described the house in his September 23 diary entry, noting that,

On this Land in 1780 Mr. Derby raised a Great House which he never finished. The third story was as high as the first & higher than the second. The pediment was lost in the roof & the Cupola which was finished was without any good effect. The back part was finished but the front only covered with boards & was very rotten. It was sold this day to the Carpenters for 600 Dollars. A more uncomely mass was never piled up for a building. The Lot under it sold for above 2,000 D. It has now stood 20 years as a monument of folly.

The “monument of folly” was ultimately sold to shipbuilder Benjamin Hawkes in 1801, who had the house completed later that year. The original design was altered somewhat, including the removal of the cupola that Reverend Bentley had described, and the interior of the massive house was converted into a two-family home. It seems unclear exactly how much of McIntire’s original design was retained for the completed house, and whether the architect was involved in its completion, but either way the house became a good example of the Federal style that was common in Salem around the turn of the 19th century.

The house is located directly across the street from Derby Wharf, the longest wharf in the city. Because of this, it was right at the center of Salem’s busy port, where fleets of early 19th century sailing vessels arrived with valuable cargoes from around the world. Benjamin Hawkes’s shipyard was just a short walk from his house, at the site of present-day Kosciusko Street, and in 1819 the Salem Custom House was built directly adjacent to the house, just out of view on the left side of this scene.

Benjamin Hawkes lived here during the peak of Salem’s prosperity as a seaport, but by the middle of the 19th century the city’s shipping industry was in decline. However, many of the elegant mansions from this golden age are still standing today, including the Benjamin Hawkes House. After years of being used as a duplex, it was acquired by the National Park Service in the late 1930s, becoming part of the Salem Maritime National Historic Site. Established in 1938, this was the first National Historic Site in the country, and the first photo shows the house as it appeared just two years later. Very little has changed in this scene since then, and the house is now used as administrative offices for the park.