Congress Hall and Independence Hall, seen from the corner of Chestnut and Sixth Streets in Philadelphia, around 1859. Image courtesy of the Library Company of Philadelphia, Frederick De Bourg Richards Photograph Collection. 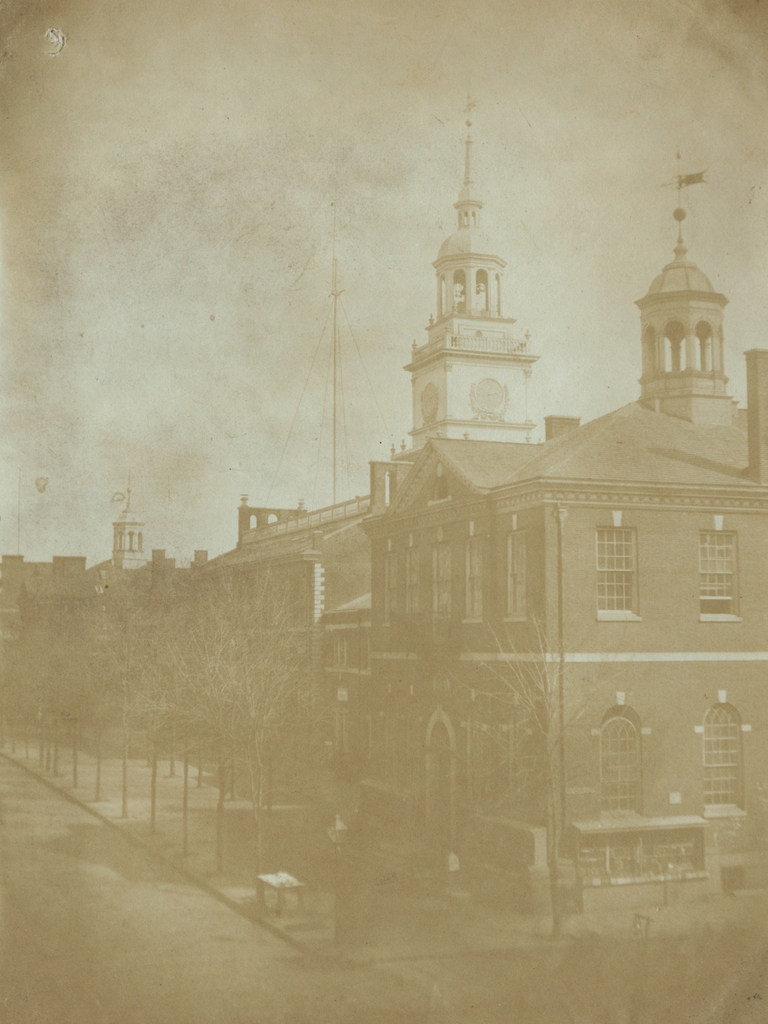 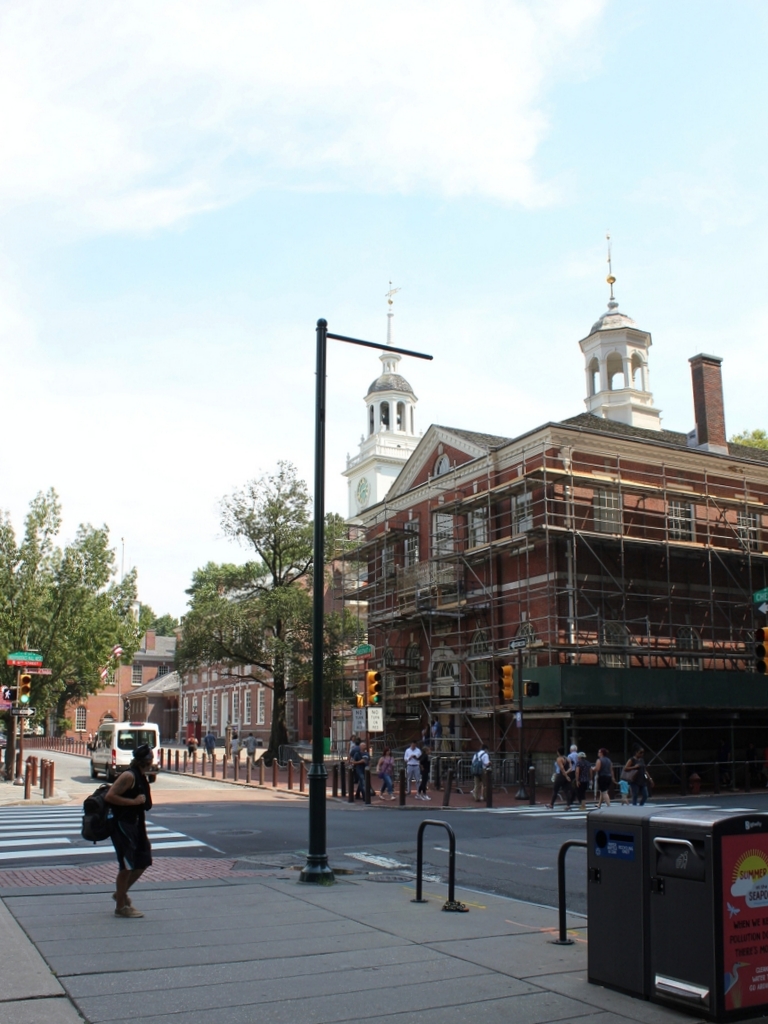 These two photos show the south side of Chestnut Street, between Sixth and Fifth Streets. This block contains three historic 18th century government buildings, each of which played an important role in the early history of the United States. In the center of this scene is Independence Hall, Philadelphia’s most famous historic landmark, which served as the meeting place of the Continental Congress and the Constitutional Convention. It is flanked on either side by two nearly identical buildings, both of which were occupied by the federal government in the late 18th century. In the foreground, to the west of Independence Hall, is Congress Hall, and to the east is the Old City Hall, which once housed the United States Supreme Court.

Independence Hall was completed in 1753, and it was originally used as the colonial capitol building of Pennsylvania. However, because of Philadelphia’s central location relative to the northern and southern colonies, it took on a second role during the American Revolution. Aside from several short interruptions during British occupations, the Continental Congress met here from 1775 until 1783, and it was during this time that the delegates approved and signed the Declaration of Independence in 1776. Congress left Philadelphia in 1783, but the building continued to be used by the state government. Then, during the summer of 1787, the Constitutional Convention met here to draft and sign the United States Constitution, which was ratified a year later.

At the time of the convention, New York City was the national capital, but in 1790 the federal government returned to Philadelphia, which would serve as the capital city for ten years while Washington D.C. was being developed. Rather than sharing Independence Hall with the state government, the federal government moved into its own buildings here. Congress Hall, shown in the foreground of these two photos, became the capitol building, with a chamber on the first floor for the House of Representatives, and a smaller one upstairs for the Senate. However, the building is noticeably smaller and more modest than the adjacent Independence Hall, providing an interesting visual contrast between the perceived importance of the state and federal governments during the nation’s early years.

Congress Hall was overshadowed by Independence Hall, both physically and also in terms of its historical significance. Nevertheless, a number of important events occurred here at Congress Hall. George Washington was inaugurated here at the start of his second term, as was John Adams four years later, and the Bill of Rights was formally added to the Constitution here in 1791. It was also here that Congress passed many important bills that would shape the future of the country, including legislation that established the First Bank of the United States, the Post Office, and the Navy.

On the far side of Independence Hall, at the corner of Fifth Street, is the Old City Hall. Its exterior is nearly identical to Congress Hall, and it was completed in 1791. It served as Philadelphia’s city hall until 1854, but it was also occupied by the United States Supreme Court from 1791 until 1800. The court held its sessions on the first floor during this period, with the city council meeting on the second floor. The first case in the history of the court, West v. Barnes, was argued here on August 2, 1791, and the court issued a unanimous decision the following day. Overall, though, the Supreme Court had a relatively minor role in the federal government in these early years, and the court decided few significant cases here in Philadelphia.

Both the state and federal governments left Philadelphia at the end of the 18th century, with the state capital moving to Lancaster in 1799 and the national capital to Washington a year later. Independence Hall faced threats of demolition in the early 19th century, and the building’s original wings were razed and replaced with new buildings, which are partially visible in the first photo. However, the main part of Independence Hall was ultimately preserved, and by the time the first photo was taken in the late 1850s it had become a major symbol of the American Revolution.

In the meantime, City Hall was occupied by the municipal government until 1854, and for many years Congress Hall served as the county courthouse. Both of these buildings were restored around the turn of the 20th century, and Congress Hall was rededicated in 1913 by President Woodrow Wilson. Around this same time, the 1812 wings of Independence Hall were replaced by replicas of the original wings. Since then, this scene has not changed very much in its appearance, and all three buildings are now part of the Independence National Historical Park, which was established in 1948.