The east room on the first floor of the Alexander House in Springfield, on December 2, 1938. Image courtesy of the Library of Congress, Historic American Buildings Survey collection. 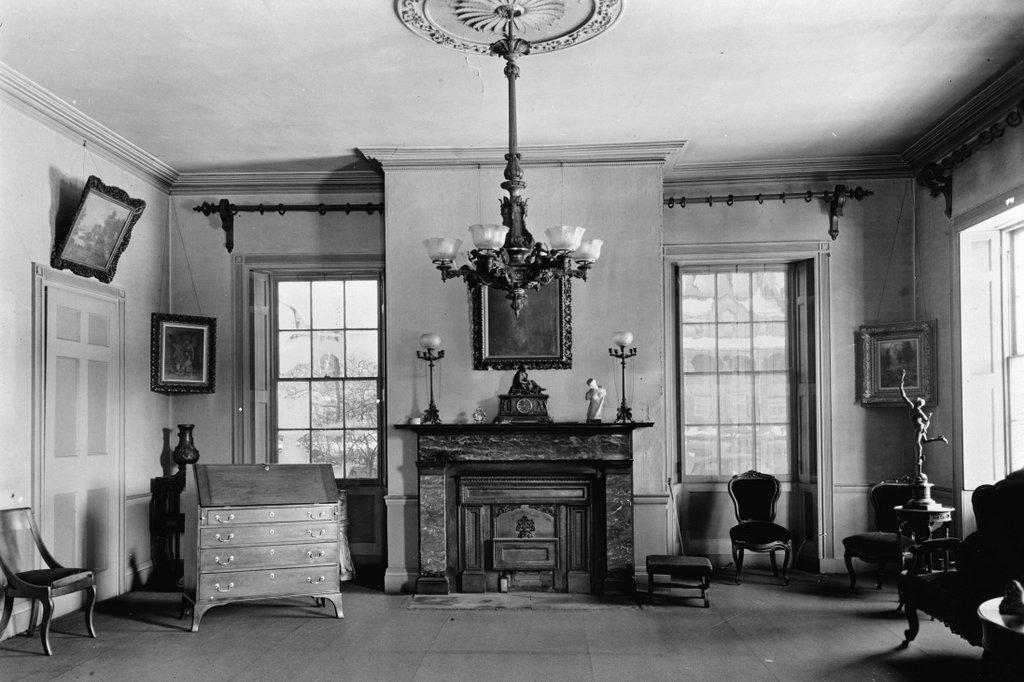 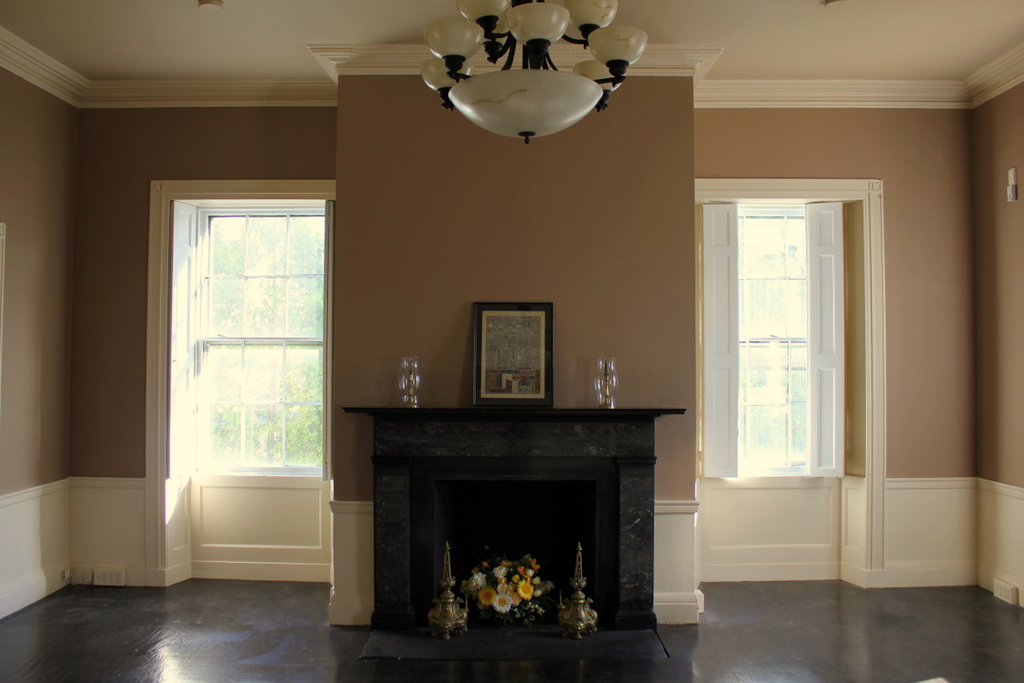 The Alexander House is one of the oldest surviving houses in Springfield, and perhaps the city’s best example of Federal style architecture. It was built in 1811, and it originally stood on the north side of State Street, between Elliot and Spring Streets. However, it has been moved twice over the years, first in 1874 when it was moved a few hundred feet because of drainage issues. Then, a more substantial move occurred in 2003, when it was moved around the corner to Elliot Street so that its old lot could be redeveloped as a federal courthouse. As a result, while these two photos show the same room, they were taken at different locations, with the first one on State Street and the second one at the house’s current lot on Elliot Street.

The original owner of this house was merchant James Byers, who lived here from 1811 until 1820, when he sold it to Colonel Israel Trask. The house was briefly owned by prominent portrait artist Chester Harding, but he sold it back to Trask in 1832. Trask died three years later, but his family owned it until 1857. The next owner, and current namesake of the house, was banker and local politician Henry Alexander, Jr. He was the president of Springfield Bank, and he also held a number of elected offices, including city alderman from 1857 to 1858, mayor from 1864 to 1865, and state senator from 1865 to 1868. Alexander named the house Linden Hall, and it was during his ownership that the house was moved for the first time. He lived here until his death in 1878, and the house remained in the Alexander family for the next 60 years, until the death of his last surviving child, Amy B. Alexander, in 1938.

The Alexander House was designed by prominent architect Asher Benjamin, and it was built by local contractor Simon Sanborn, who was responsible for many of the fine early 19th century homes in Springfield. In a rather unusual arrangement for a New England home, the house lacks a front door. Instead, it has two side entrances, which are connected by a hallway that runs the width of the house. At the front of the house are two parlors, one of which is shown here in these two photos. This particular room—located on the right side of the house when viewing it from the street—originally faced southeast towards the corner of State and Spring Streets, although in the house’s current orientation it faces southwest.

The first photo was taken less than a year after Amy Alexander’s death, as part of an effort to document the house for the Historic American Buildings Survey. At the time, the future of the house was still uncertain. One proposal would have involved moving it across the river to Storrowton Village at the Big E fairgrounds, but this was ultimately abandoned because of the challenges involved in such a move. Instead, in 1939 the house was acquired by the Society for the Preservation of New England Antiquities. Now known as Historic New England, this organization has restored and maintained many historic houses across the region, and it owned the Alexander House until shortly after the 2003 relocation. Since then, it has been privately owned and rented out for office space, but it retains its historic appearance on both the exterior and interior, and it stands as one of the city’s most historic and architecturally-significant houses. 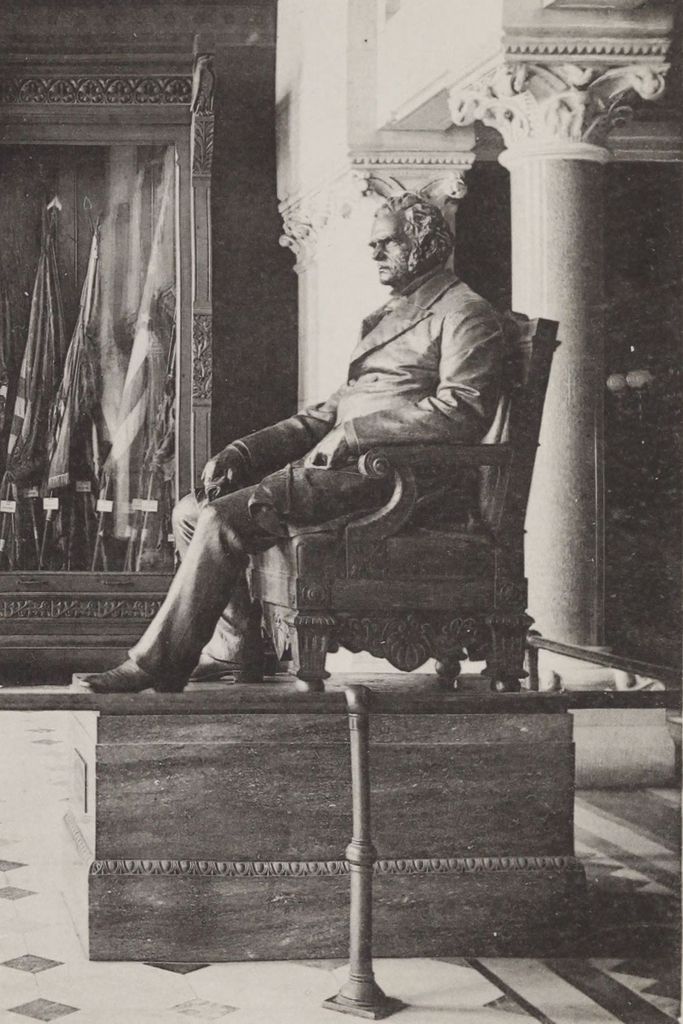 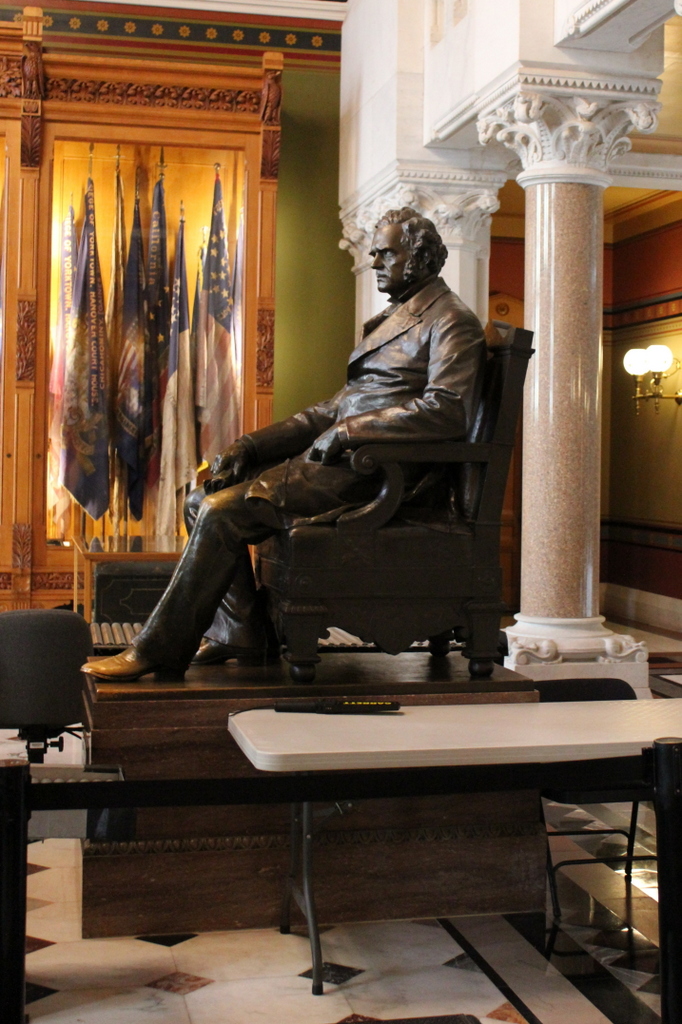 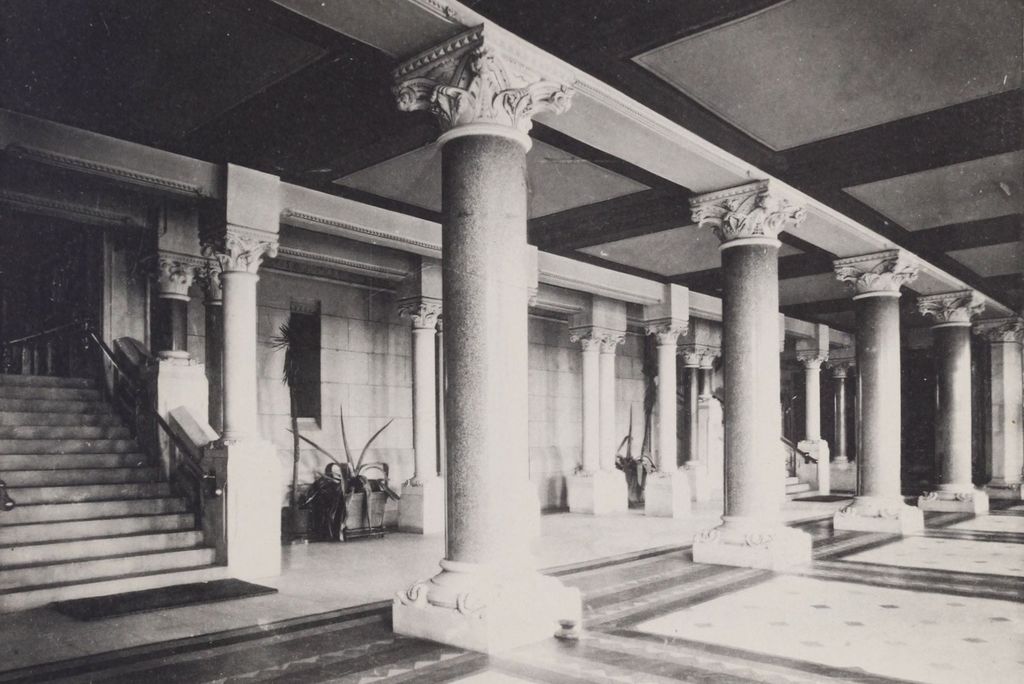 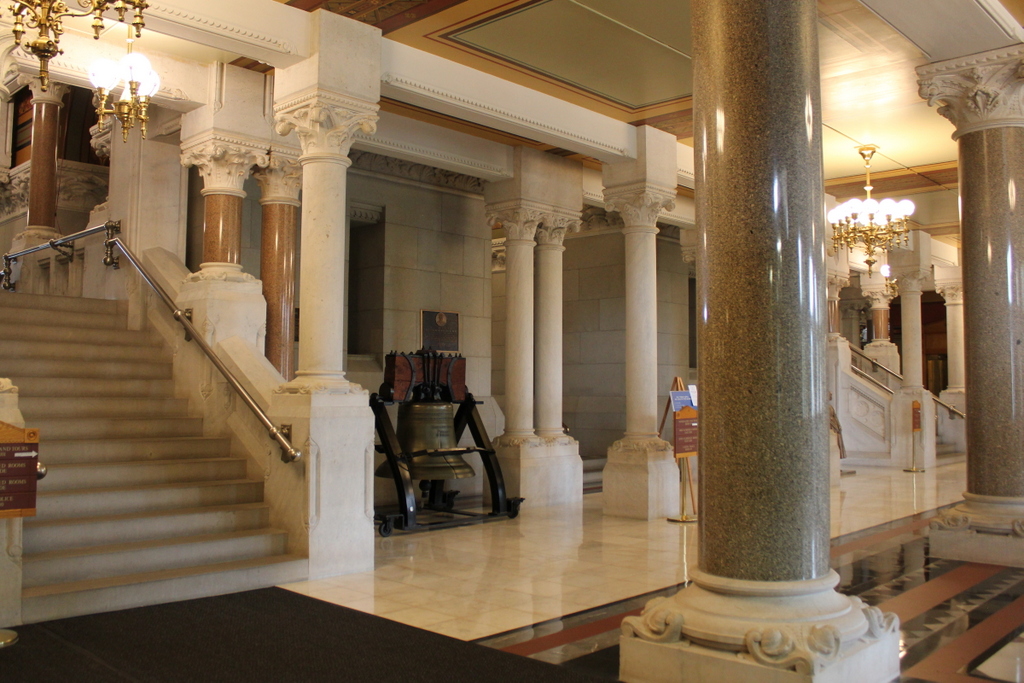 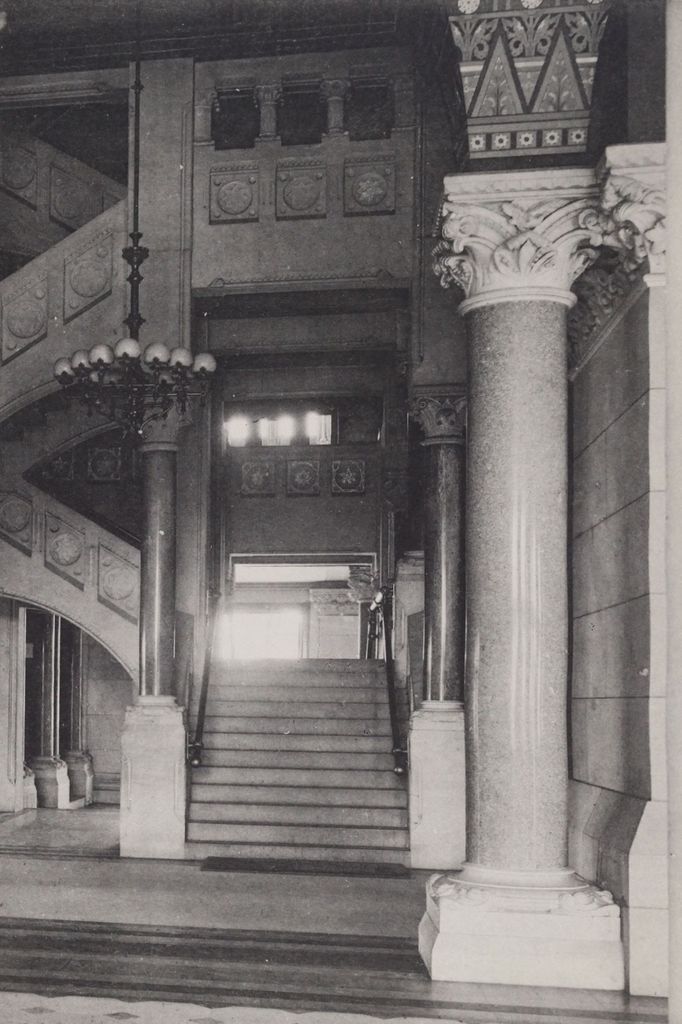 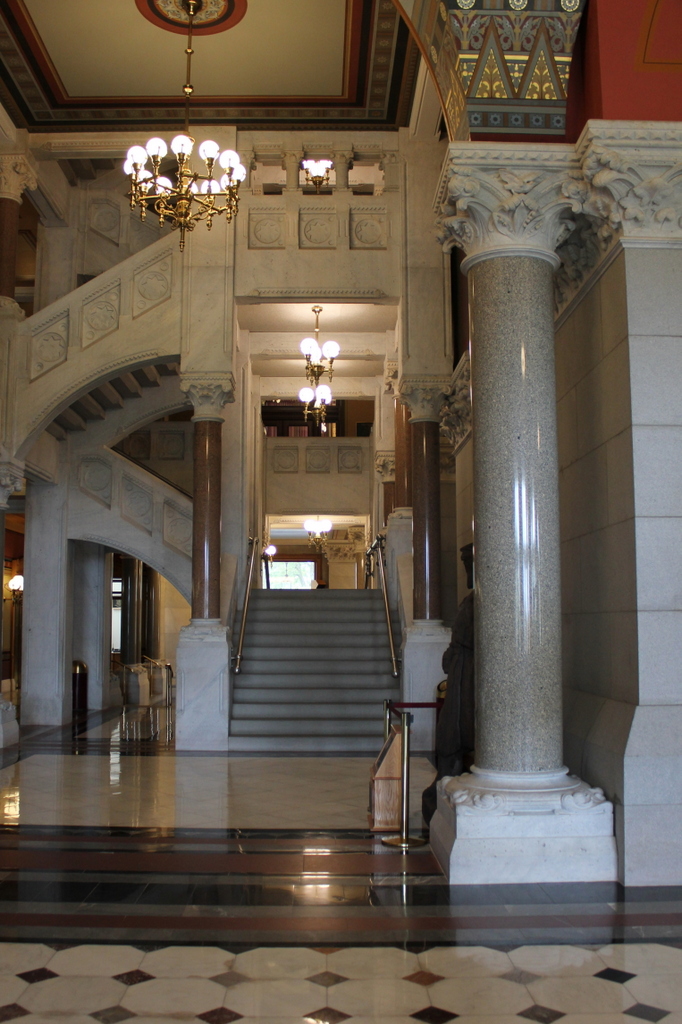 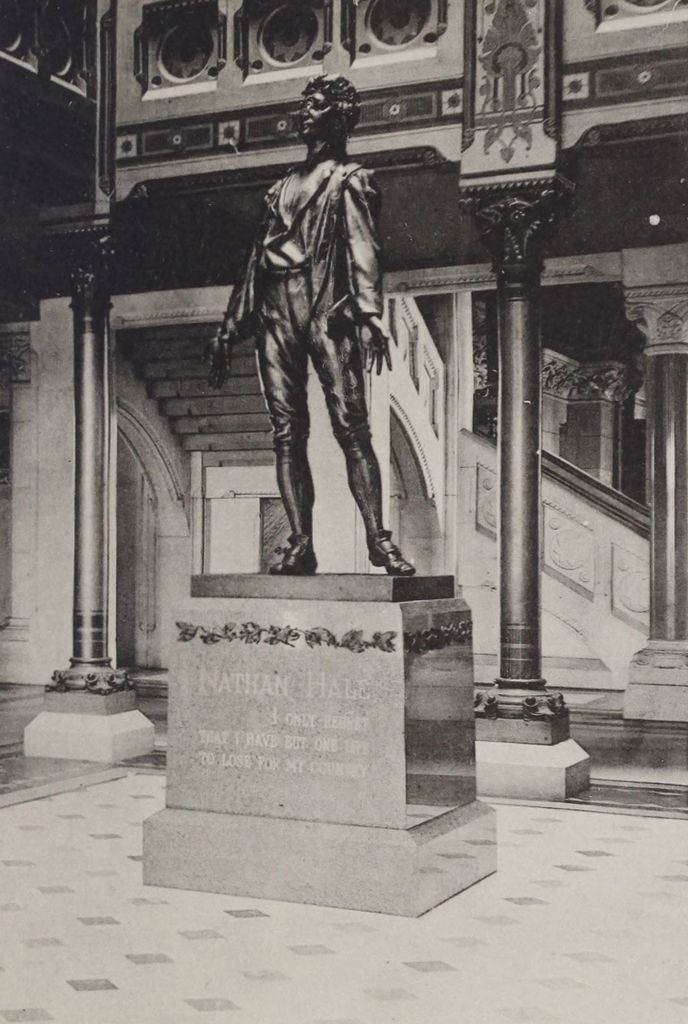 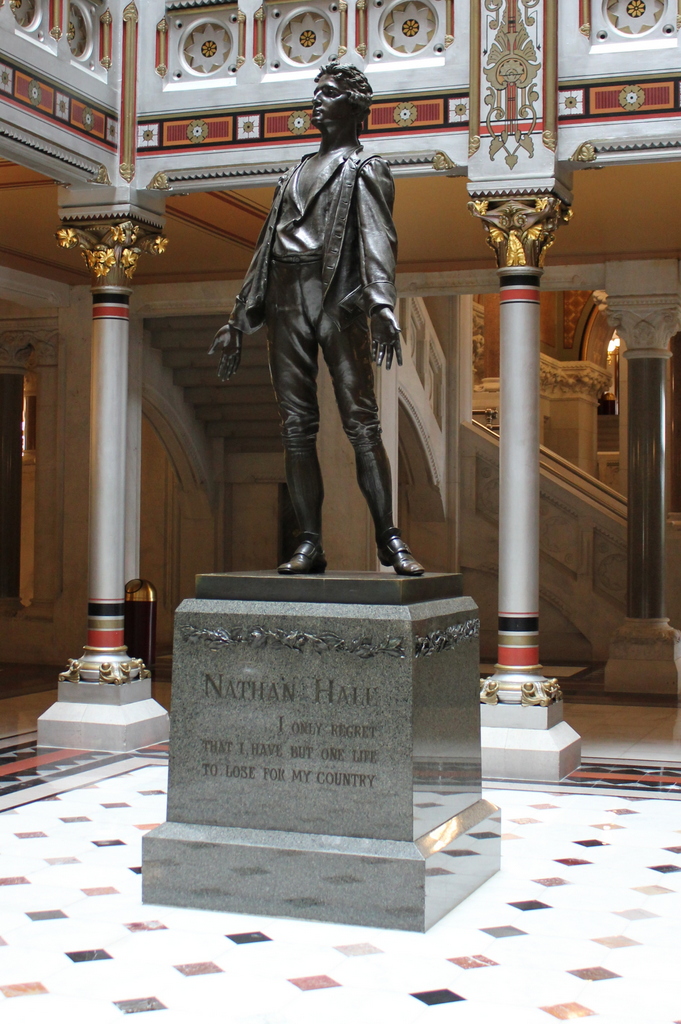 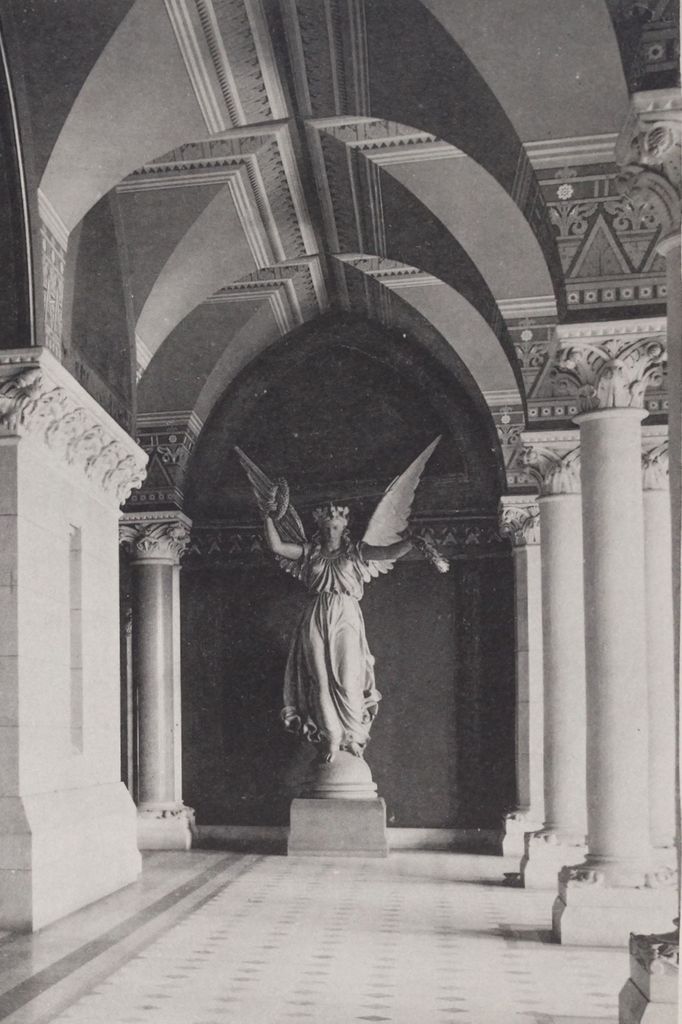 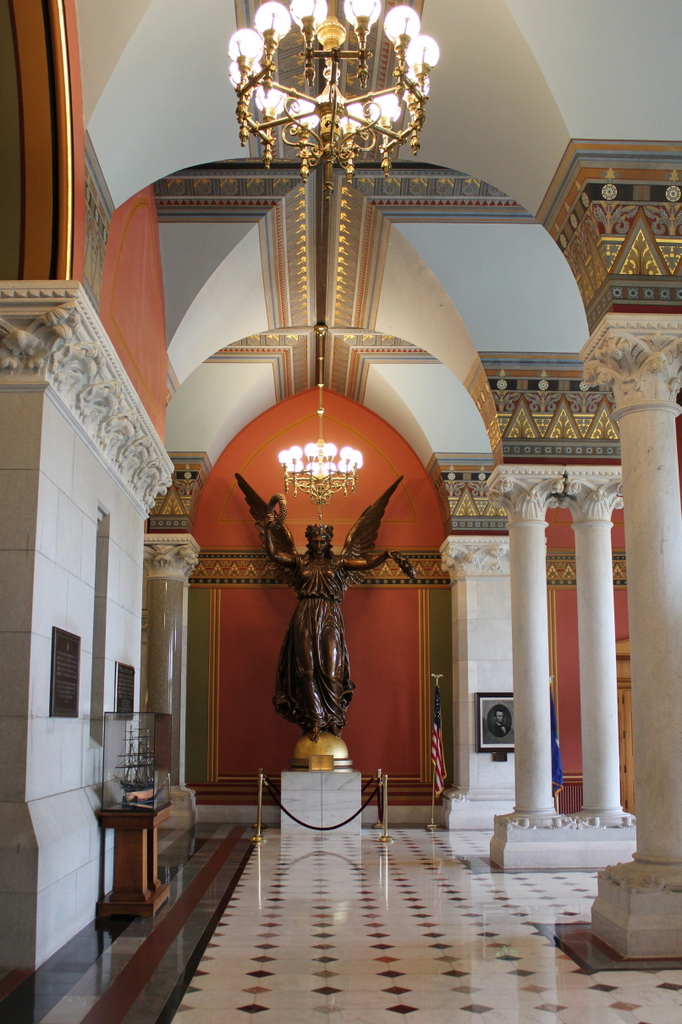