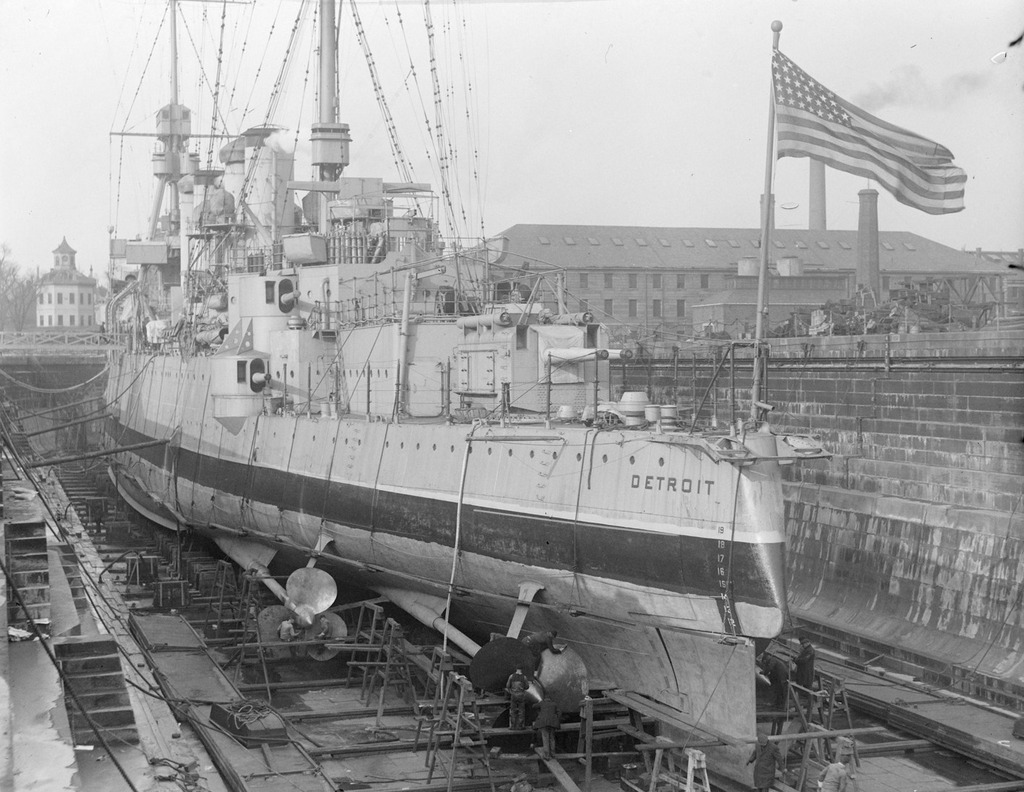 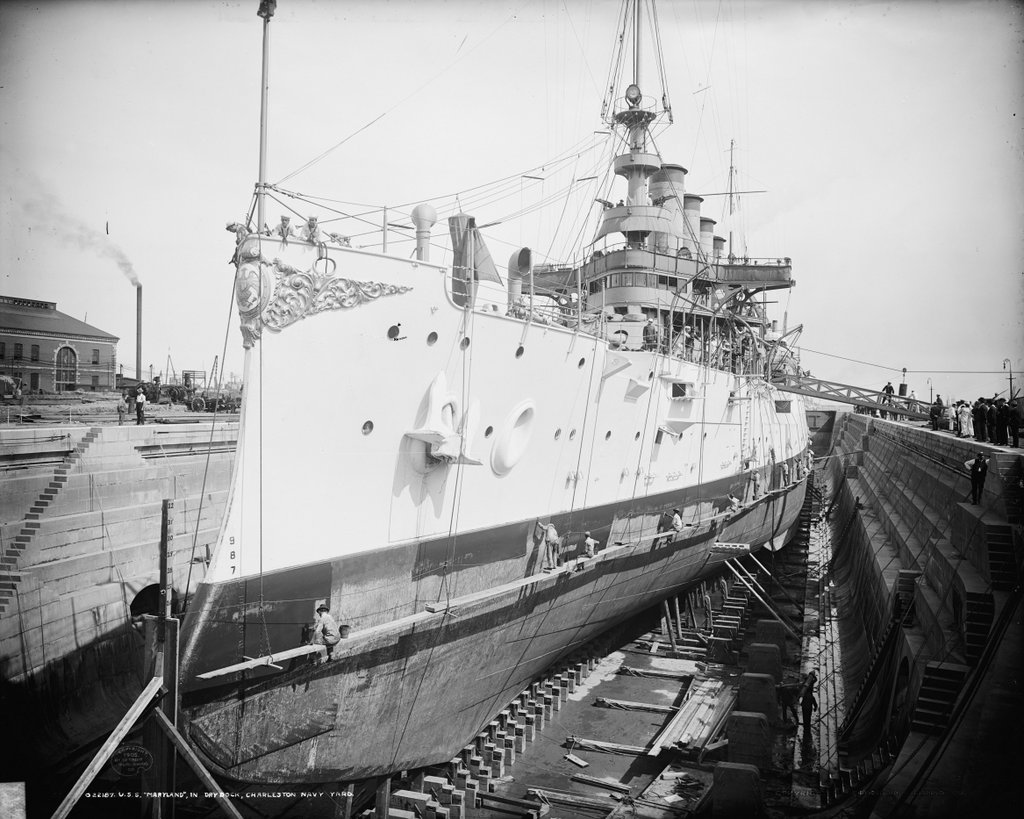 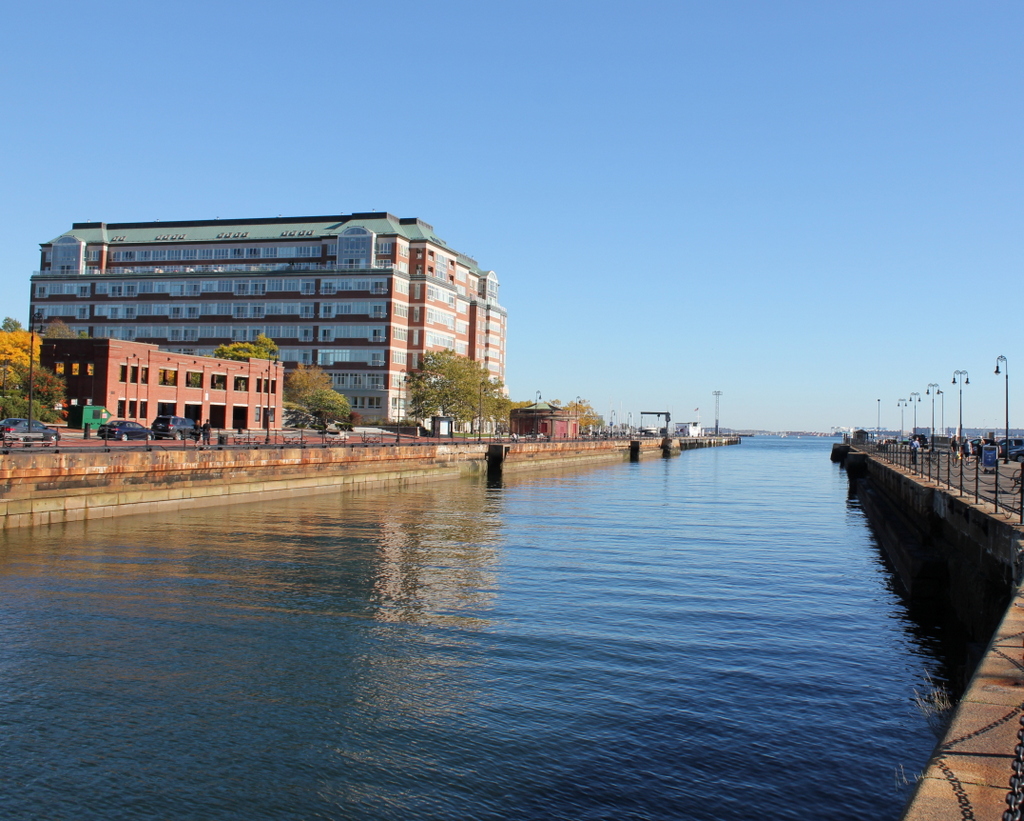 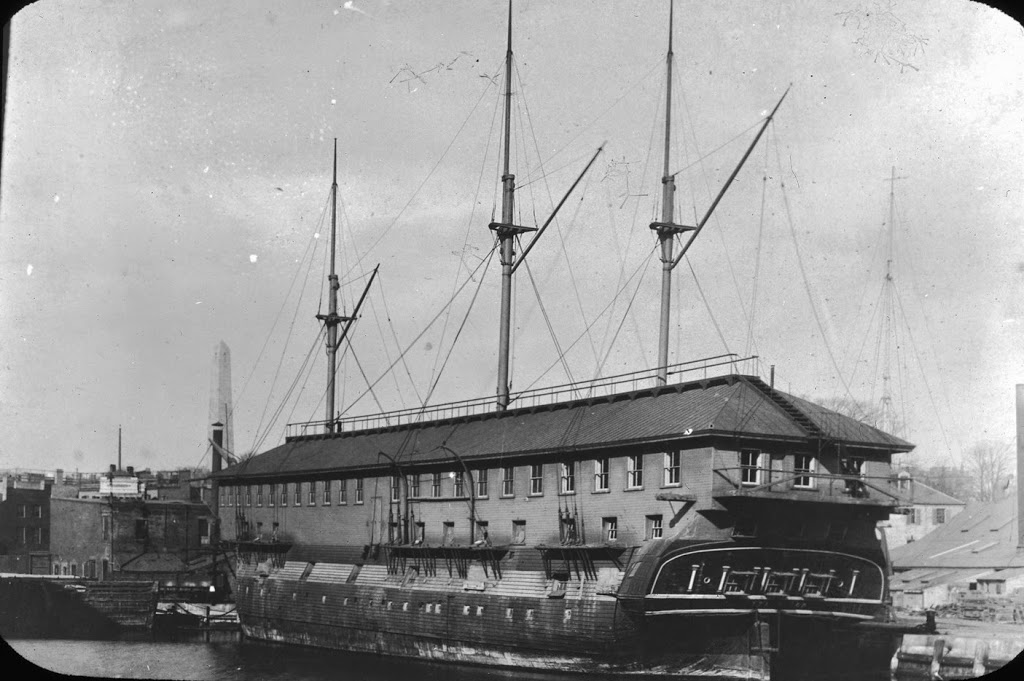 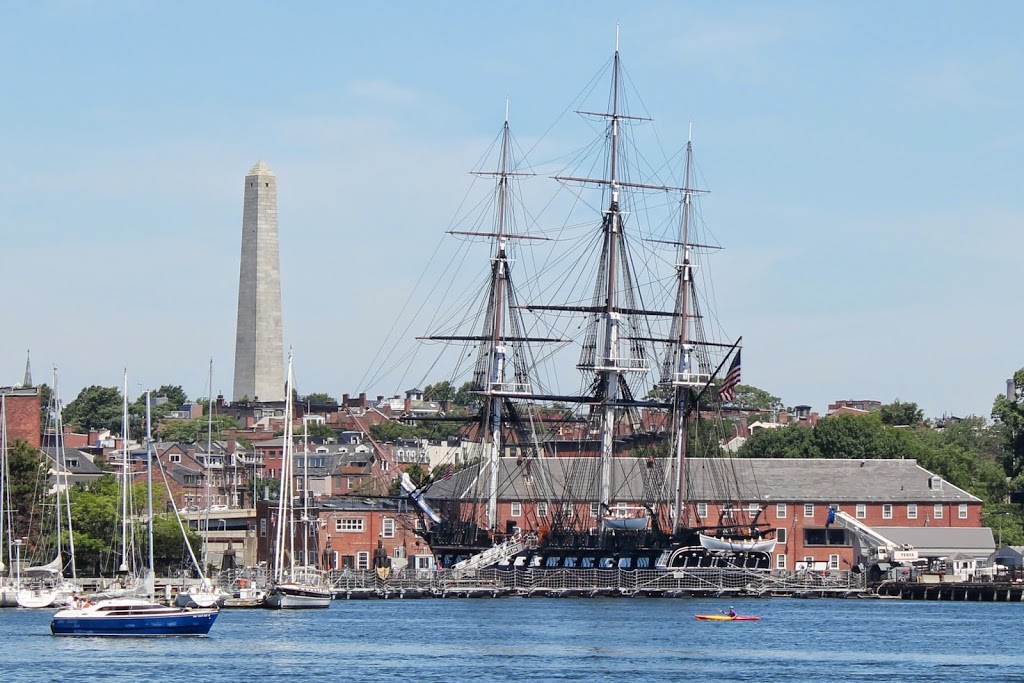 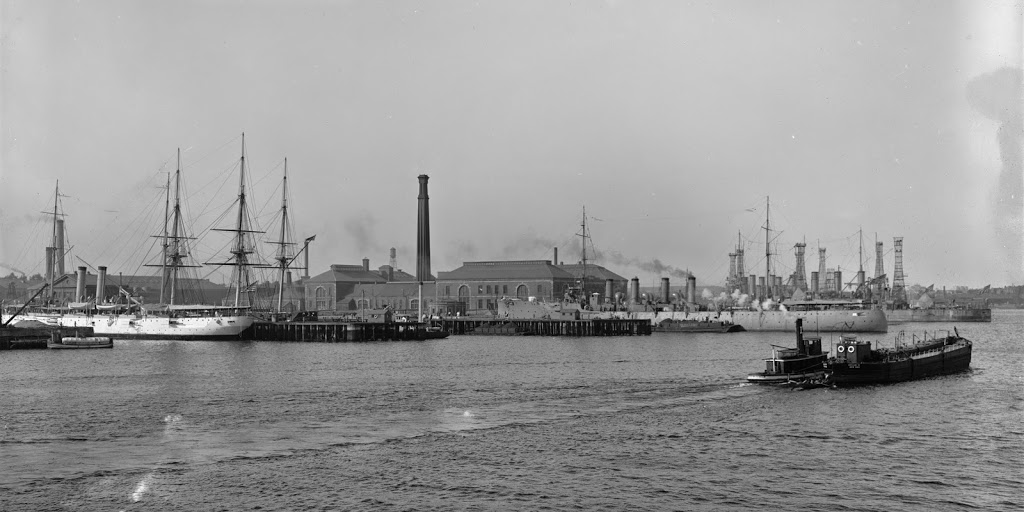 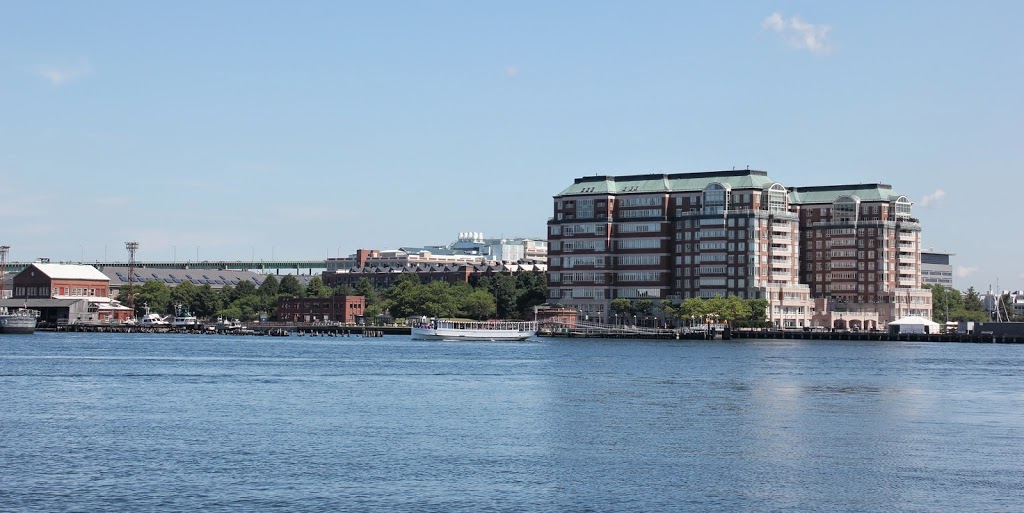 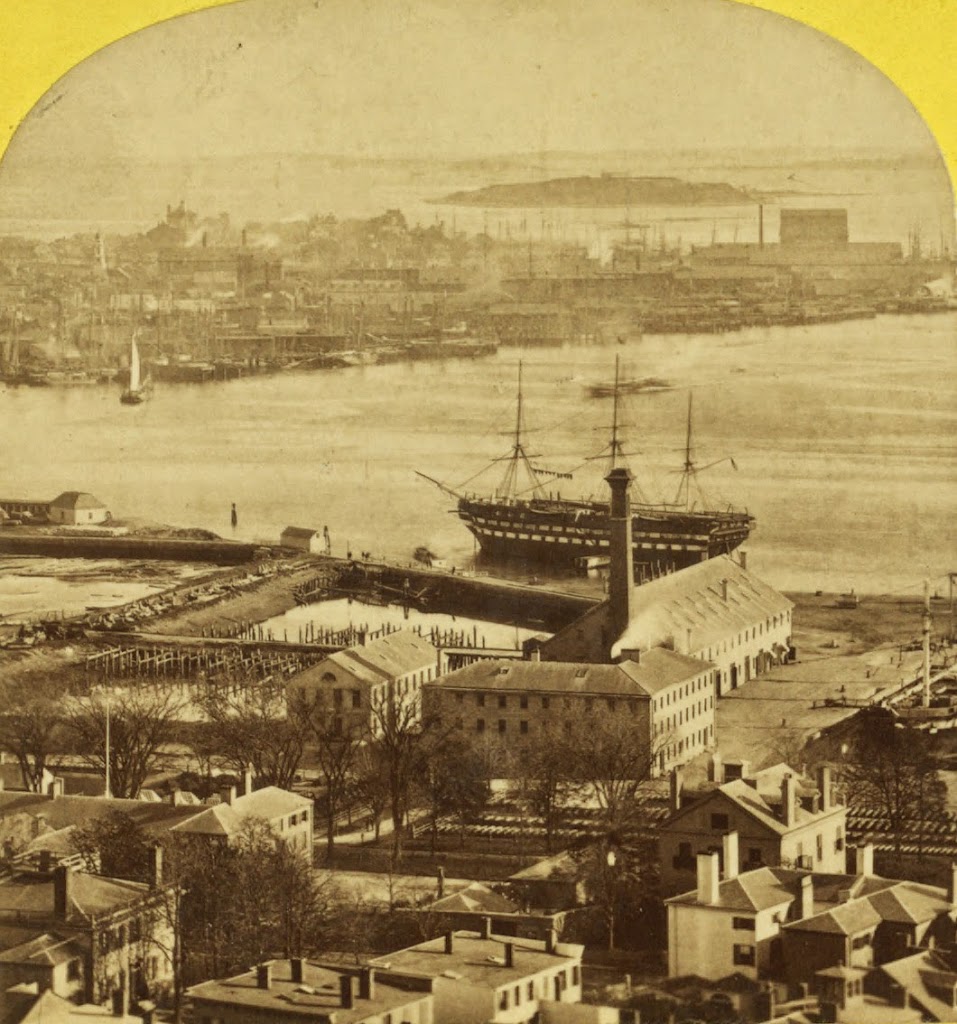 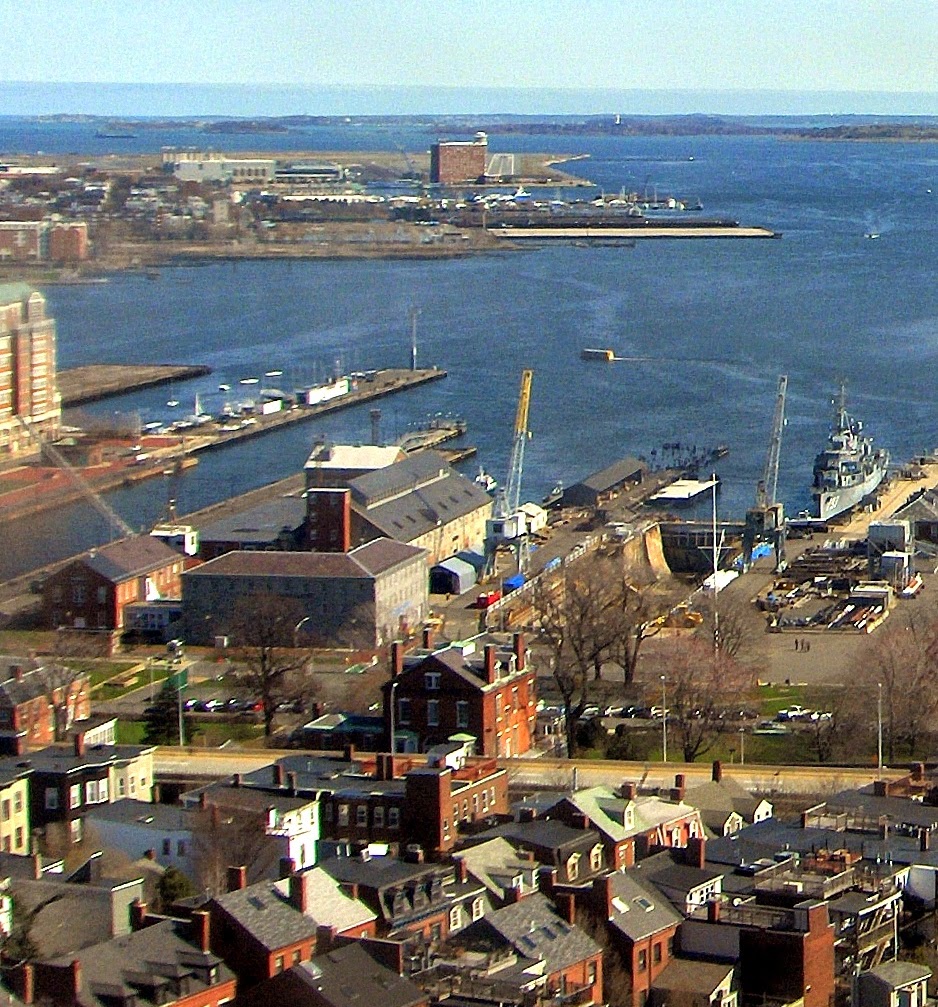 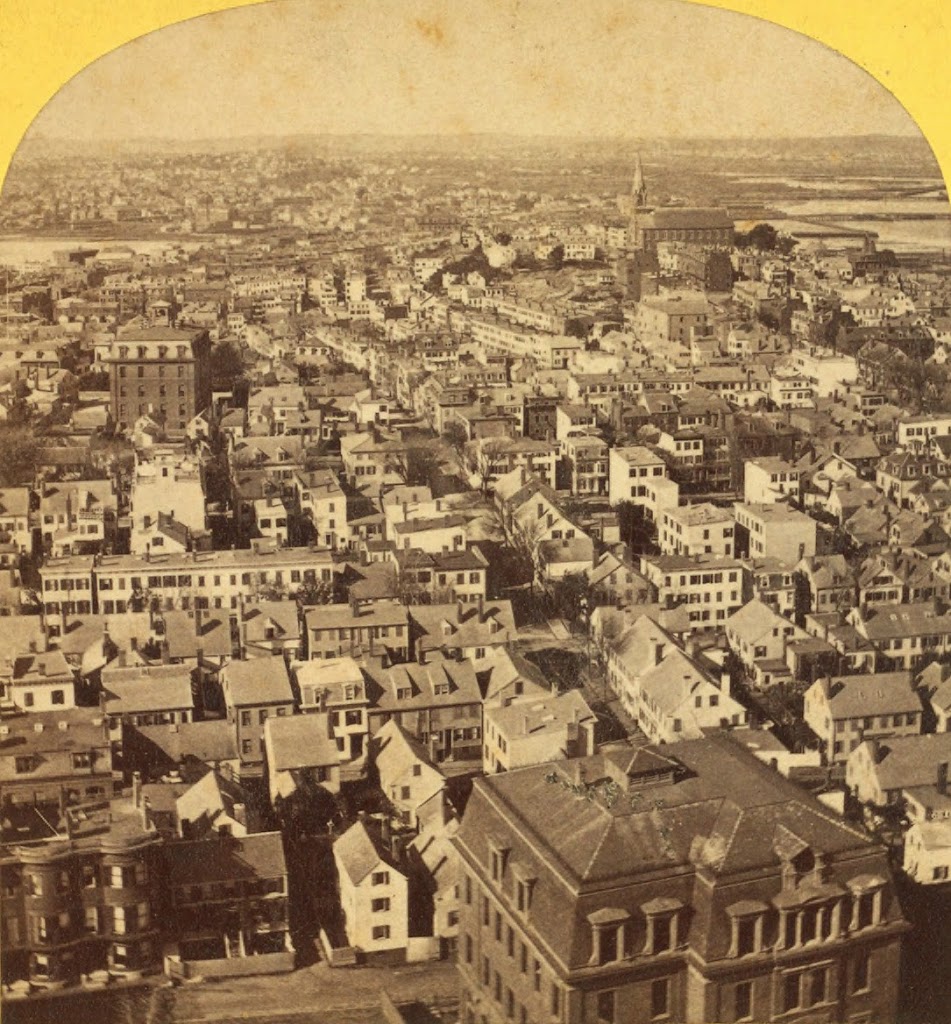 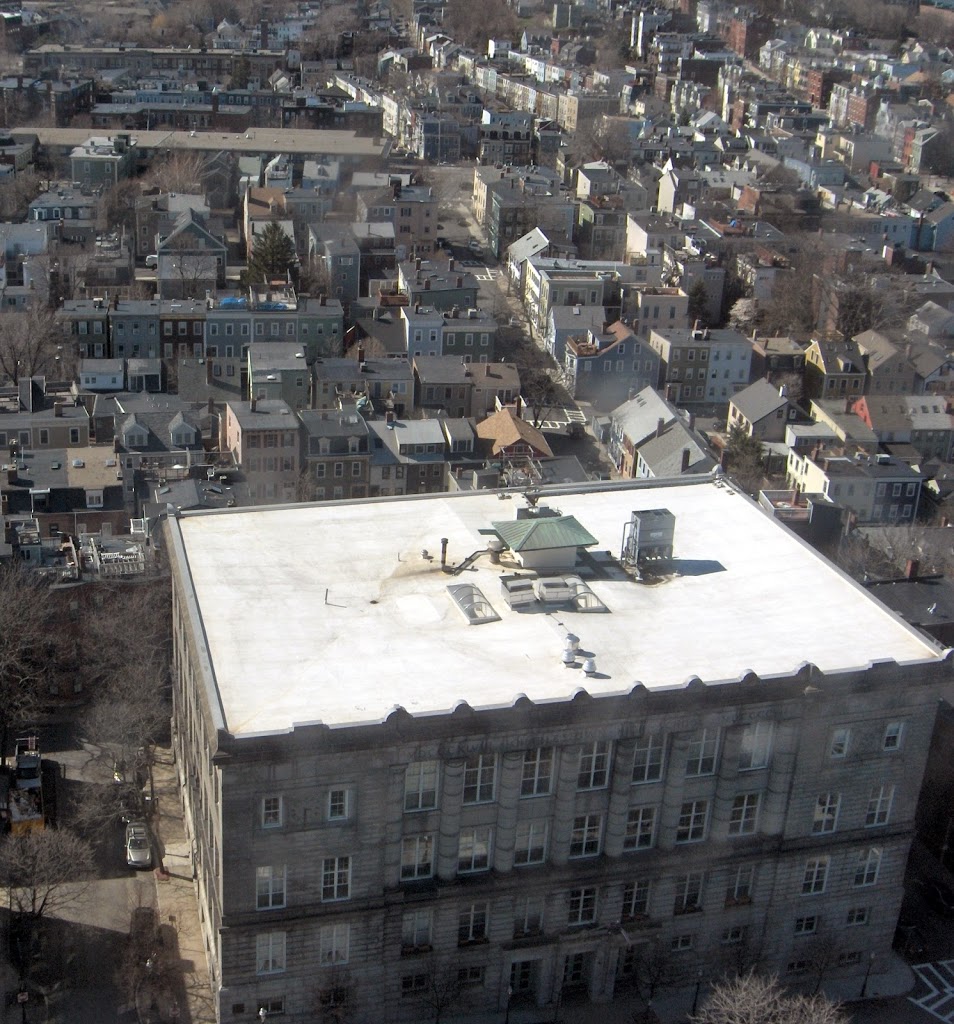 The view looking north from the Bunker Hill Monument.  Many of the buildings in Charlestown remain the same as they were in the original photo, although the large building in the lower right has been replaced by an even larger building in the same location.