The Hagyard Store at the corner of Main and Housatonic Streets in Lenox, around 1910-1920. Image courtesy of the Library of Congress, Detroit Publishing Company Collection. 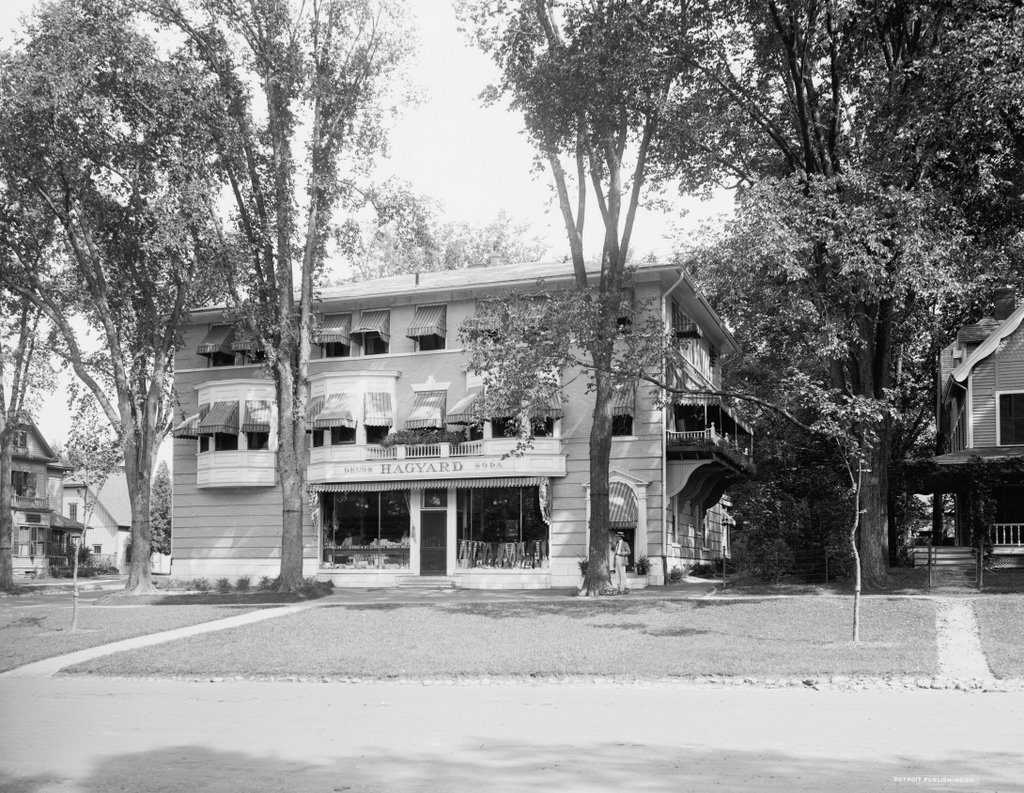 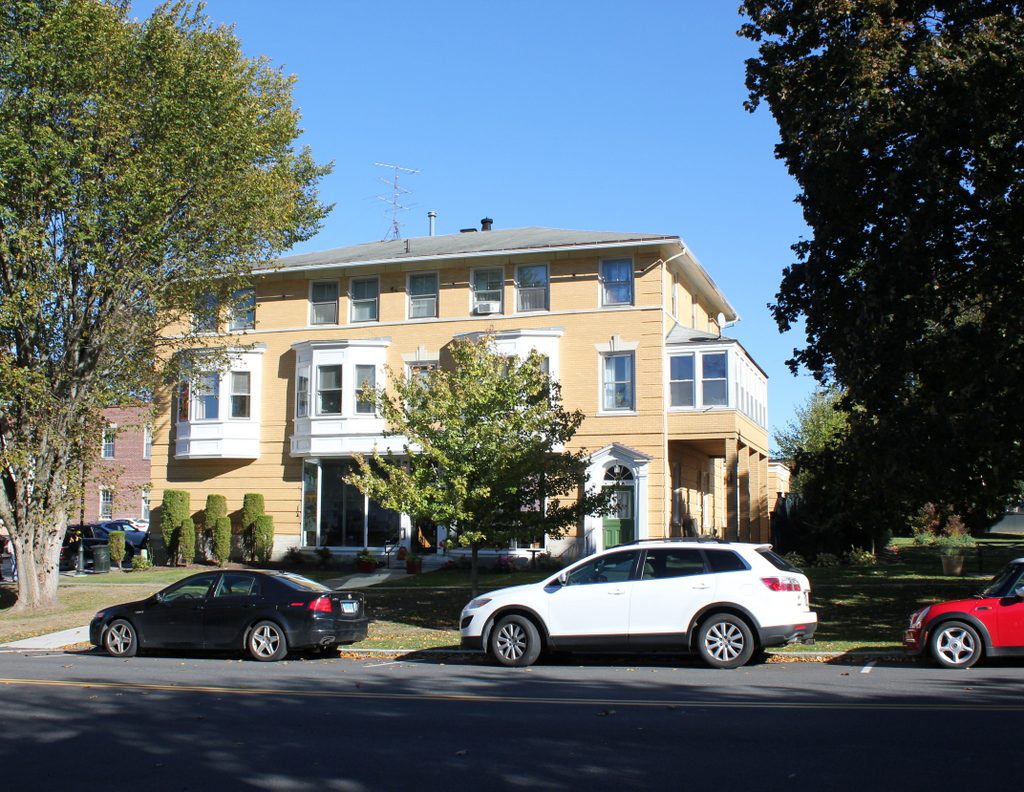 Built in 1910, this building at the center of Lenox was the home of Frank C. Hagyard’s drugstore. When the first photo was taken, Lenox was a popular resort destination for the wealthy, and the drugstore would have catered to many of these summer visitors. Like some of Lenox’s other prominent buildings of the era, it was designed by Pittsfield architect George C. Harding, and it reflects the Renaissance Revival style that was popular at the time.

More than a century later, the former drugstore building is still standing. With modern air conditioning, large awnings are no longer needed over the windows to keep the upper floors cool, but otherwise the exterior does not look much different from its appearance in the 1910s. There is no longer a drugstore on the first floor, but the building now houses, among other things, the Lenox Chamber of Commerce.

The Lenox Town Hall on Walker Street in Lenox, around 1905-1915 and 2016. Historic image courtesy of the Library of Congress, Detroit Publishing Company Collection. 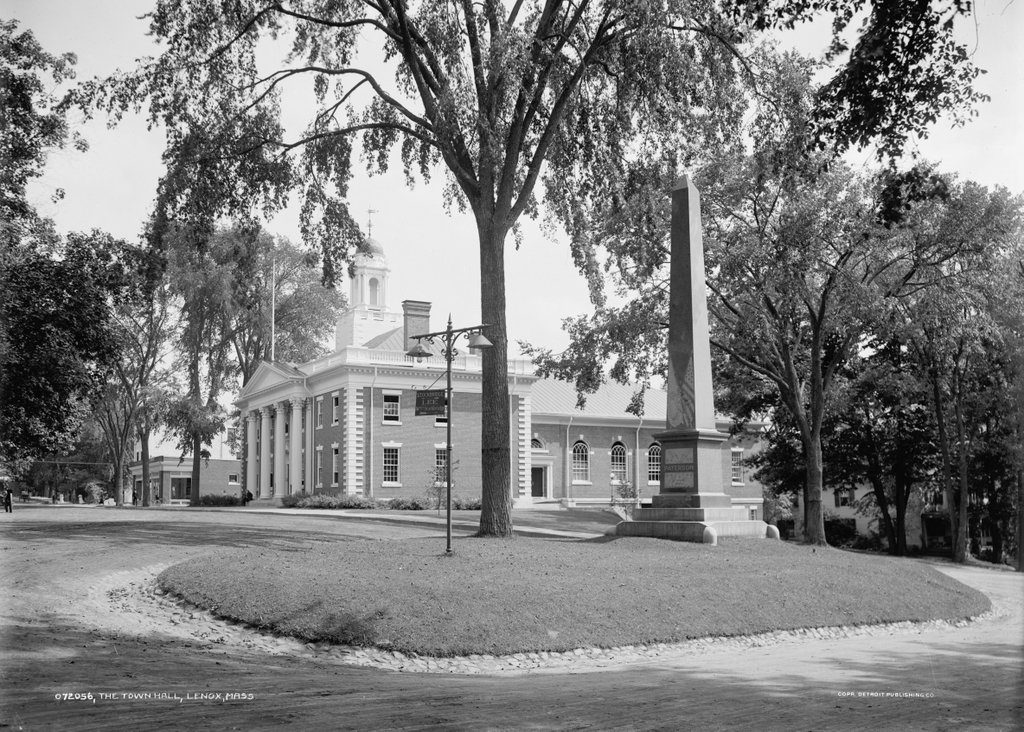 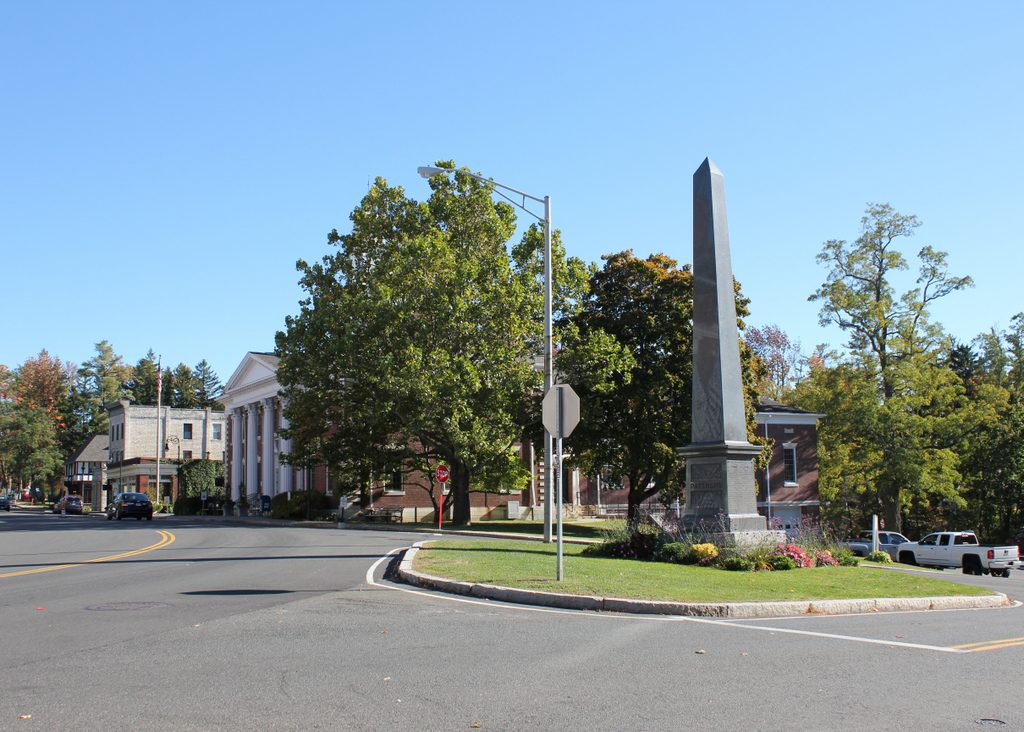 The corner of Walker Street and Old Stockbridge Road has long been the site of Lenox’s town government. When Lenox was designated as the seat of Berkshire County, the first county courthouse was built here in 1791. A new courthouse opened a short distance away in 1816, and the old one became the Lenox town hall, serving in that role until the current one was completed in 1903. The old building was preserved, though. It was moved off the site, to a new location at the corner of Housatonic and Church Streets, where it still stands today.

The new town hall was designed by George C. Harding, a Pittsfield-based architect who also designed some of the additions to the Curtis Hotel across the street. Because of this, the two buildings match each other with their similar Colonial Revival architecture. Aside from its role as the town hall, the building also housed the post office, a bank, the police department, and the fire department. Most of these secondary functions, except the police station, would later be moved to separate buildings, but it remains in use as the town hall, with few exterior changes over the years.

The Curtis Hotel at the corner of Main and Walker Streets in Lenox, around 1905-1915 and 2016. Historic image courtesy of the Library of Congress, Detroit Publishing Company Collection. 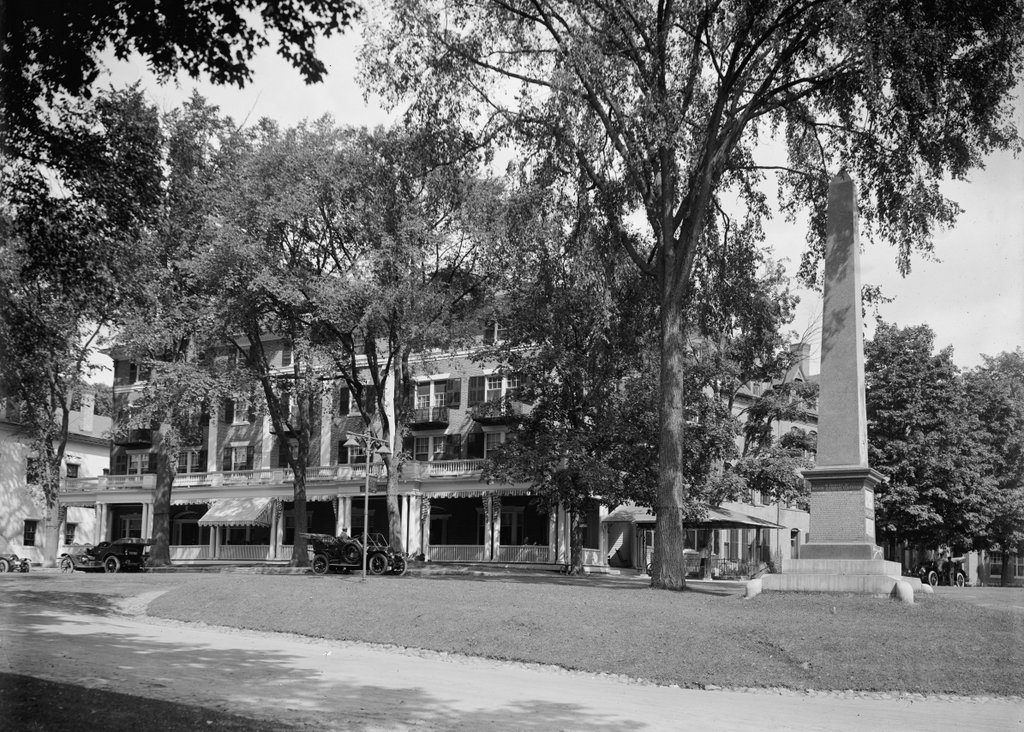 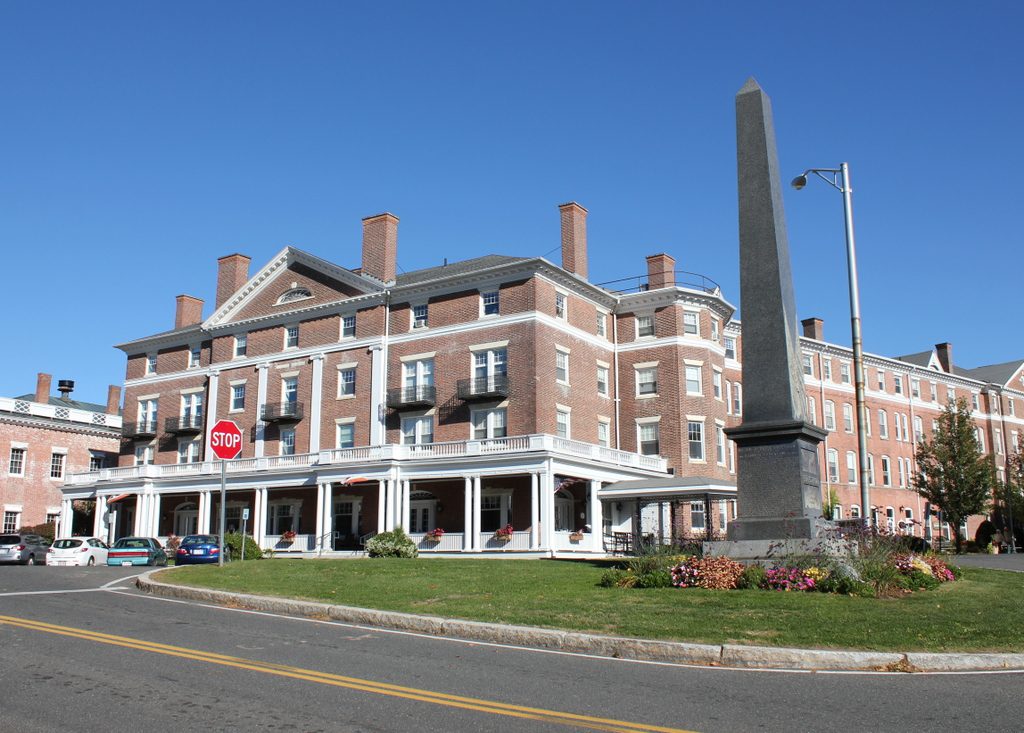 This hotel in the center of Lenox was built in 1829, and prospered in part because of its location next to the Berkshire County Courthouse, which is visible just to the left in both photos. In 1853, the building was purchased by William O. Curtis and became known as the Curtis Hotel, with the business staying in his family for nearly a century. During this time, the county seat was moved to Pittsfield, but Lenox was in the midst of changing roles and becoming a popular tourist destination.

The Curtis Hotel prospered during this time, with visits some of the most prominent Americans from the 19th and early 20th centuries, including presidents Chester Arthur, Grover Cleveland, William McKinley, and both Theodore and Franklin Roosevelt. Other notable guests included writers Herman Melville and Nathaniel Hawthorne, Civil War Generals William T. Sherman and George B. McClellan, and businessmen Jim Fiske and John Jacob Astor.

Because of this prosperity, the hotel underwent several major expansions, to the point where it was unrecognizable from its original appearance by the start of the 20th century. The last major addition came in 1898, and by the time the first photo was taken it had largely assumed its present-day exterior. At this point, the hotel faced competition from other nearby hotels, including the Hotel Aspinwall, which opened on a hilltop just to the north of the town center in 1902.

However, like so many other grand hotels of the Gilded Age, the Curtis Hotel was hit hard by the Great Depression. Lenox would no longer be the playground of the rich and famous as it had once been, and many of the hotels began to struggle . The Curtis family sold the hotel by the 1940s, and by the 1970s the deteriorating hotel had closed for good. In 1979, though, the town purchased the historic building and converted it into subsidized housing for elderly residents. The renovations were completed in 1982, and the building has continued to be used in that role ever since.