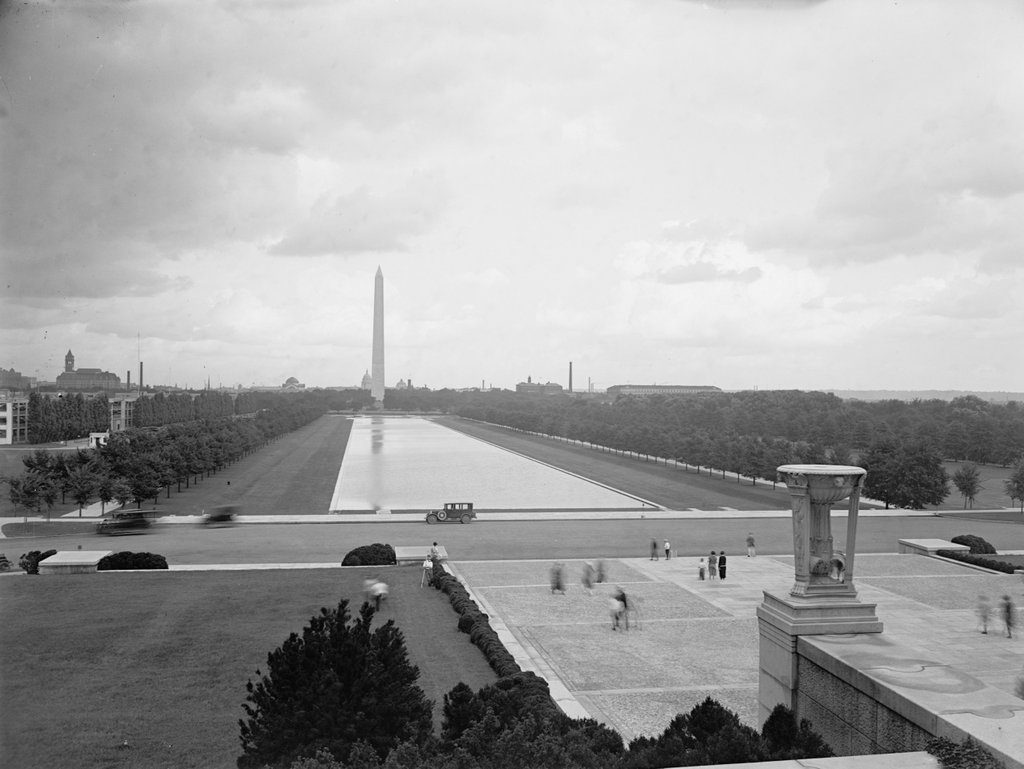 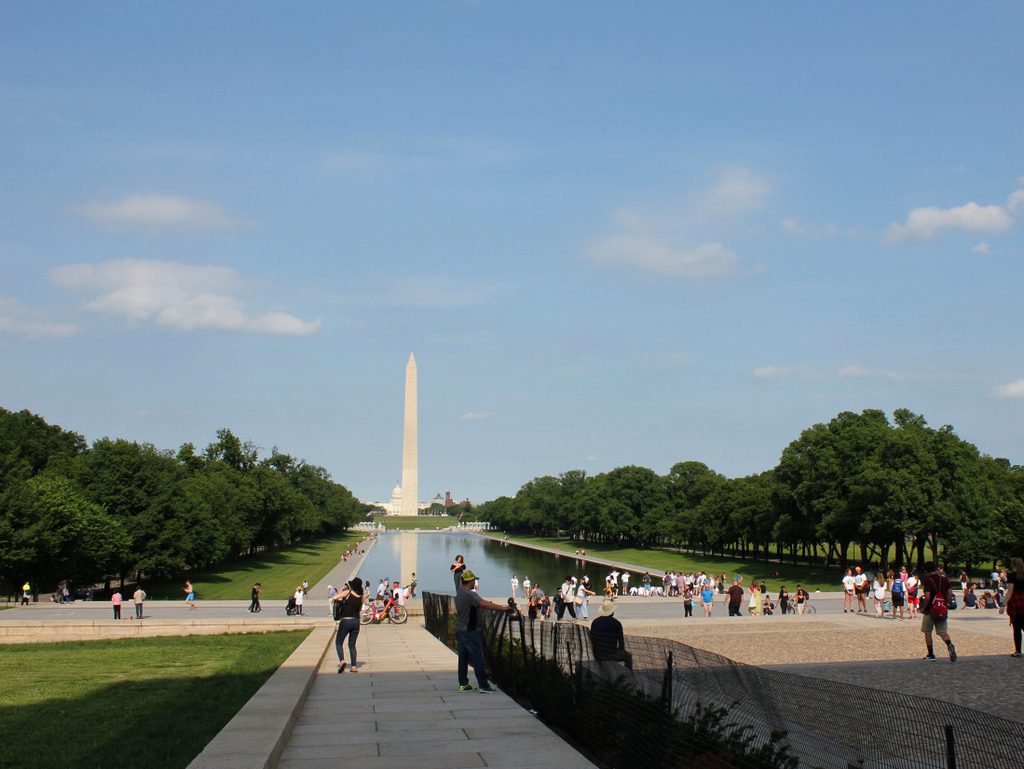 These photos show nearly the same view as the ones in the previous post, but they were taken from the opposite side of the Lincoln Memorial steps. As discussed in that post, very little has changed in this scene in nearly a century since the first photo was taken. Both the Reflecting Pool and the Washington Monument remain iconic features of Washington, along with the Capitol, the Library of Congress, and the Smithsonian Castle further in the distance. However, there have been a few changes on the left side of the Reflecting Pool, where the Main Navy and Munitions Buildings once stood. Intended to be only temporary, these buildings were constructed as military offices during World War I, but they remained here until 1970, when they were finally demolished to create Constitution Gardens on the site. 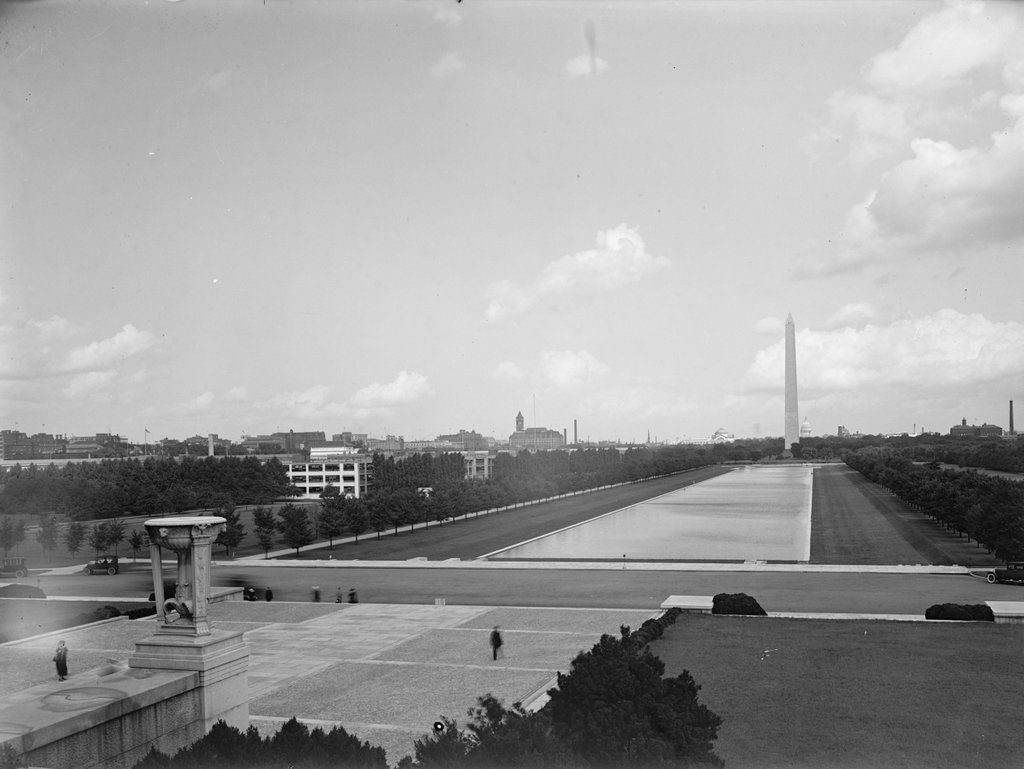 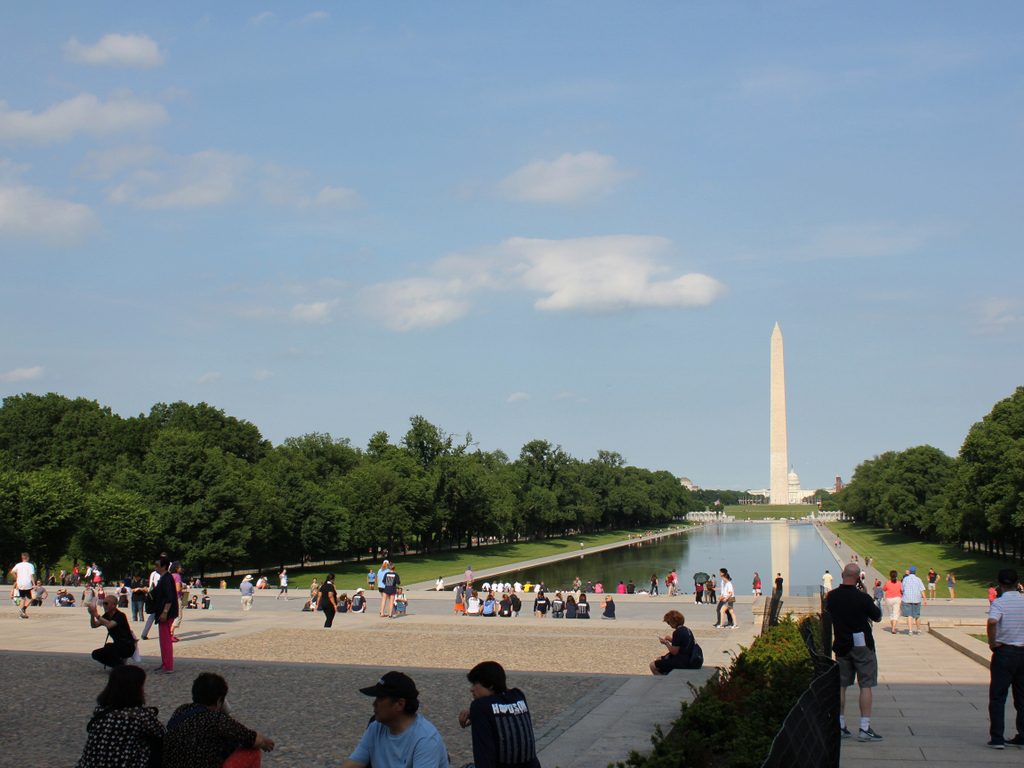 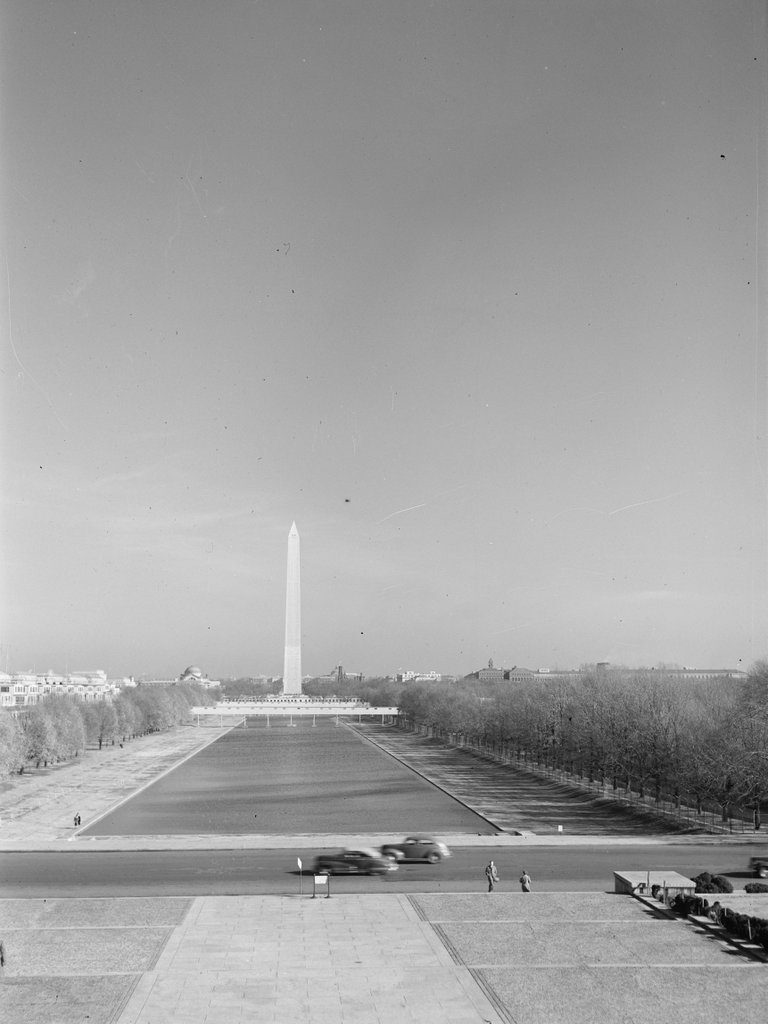 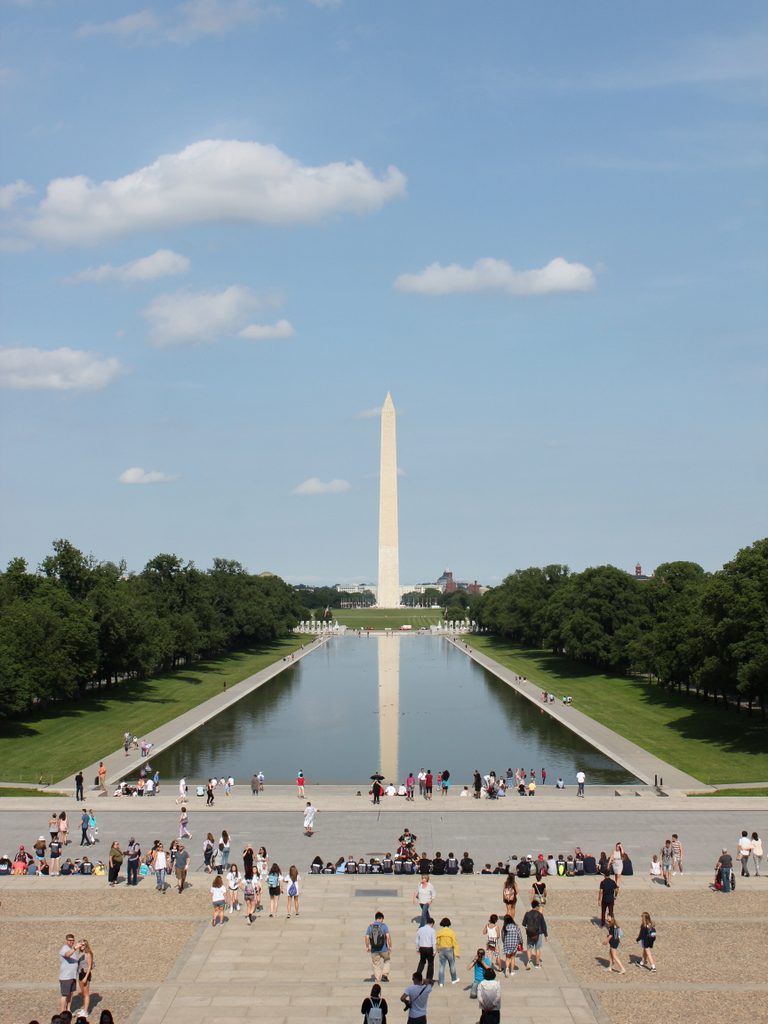 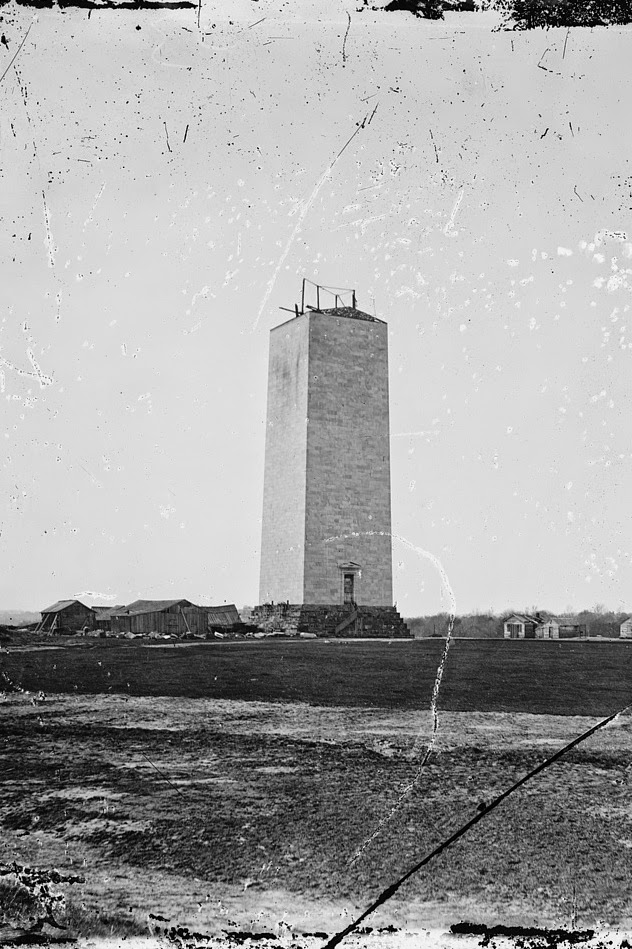 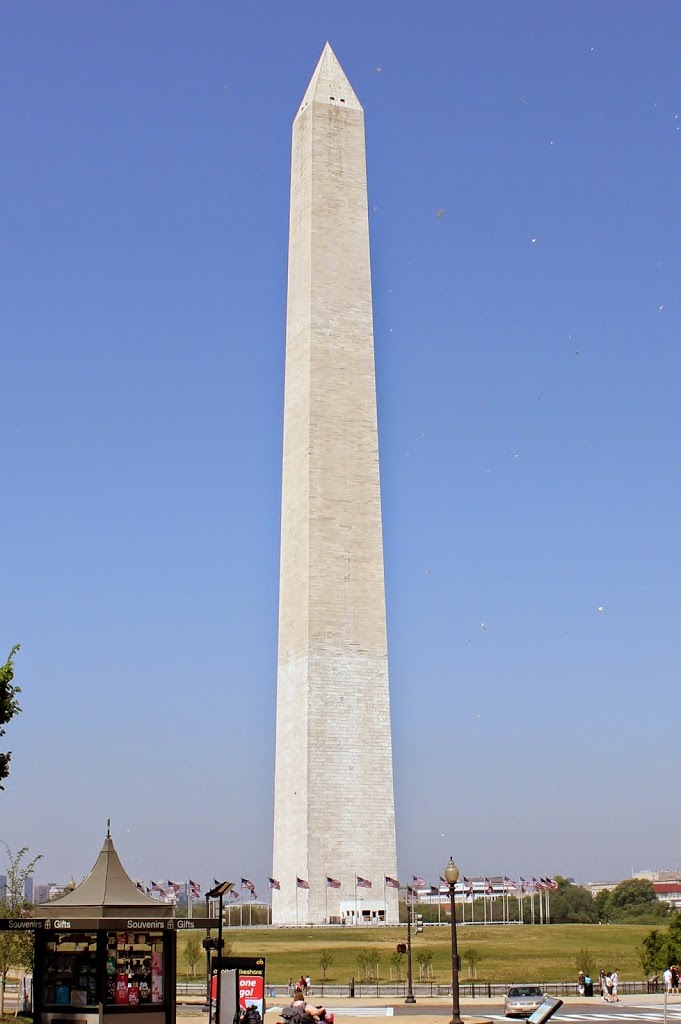 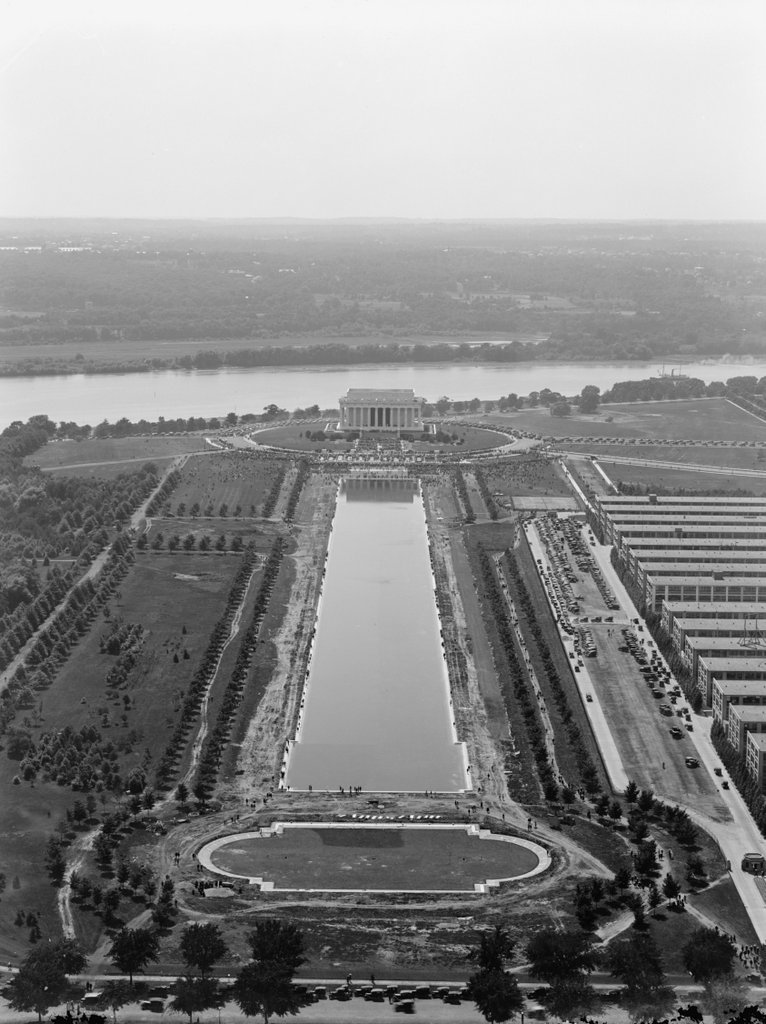 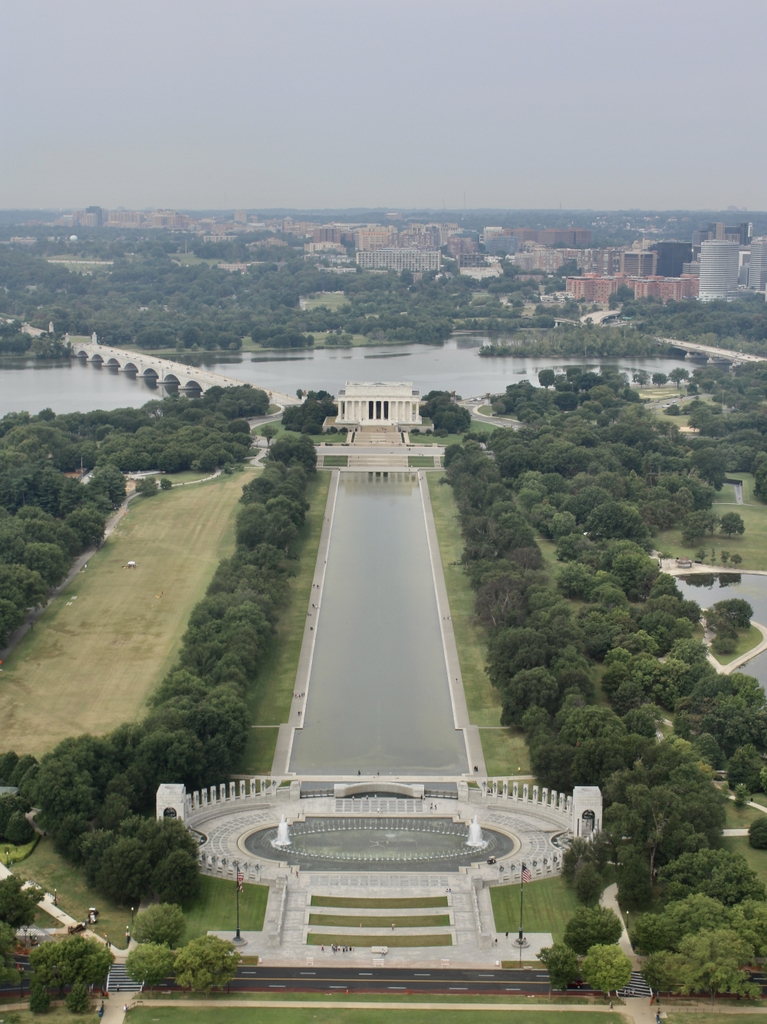