The Luther Bodman House, at the corner of Elm Street and Round Hill Road in Northampton, around 1894. Image from Northampton: The Meadow City (1894). 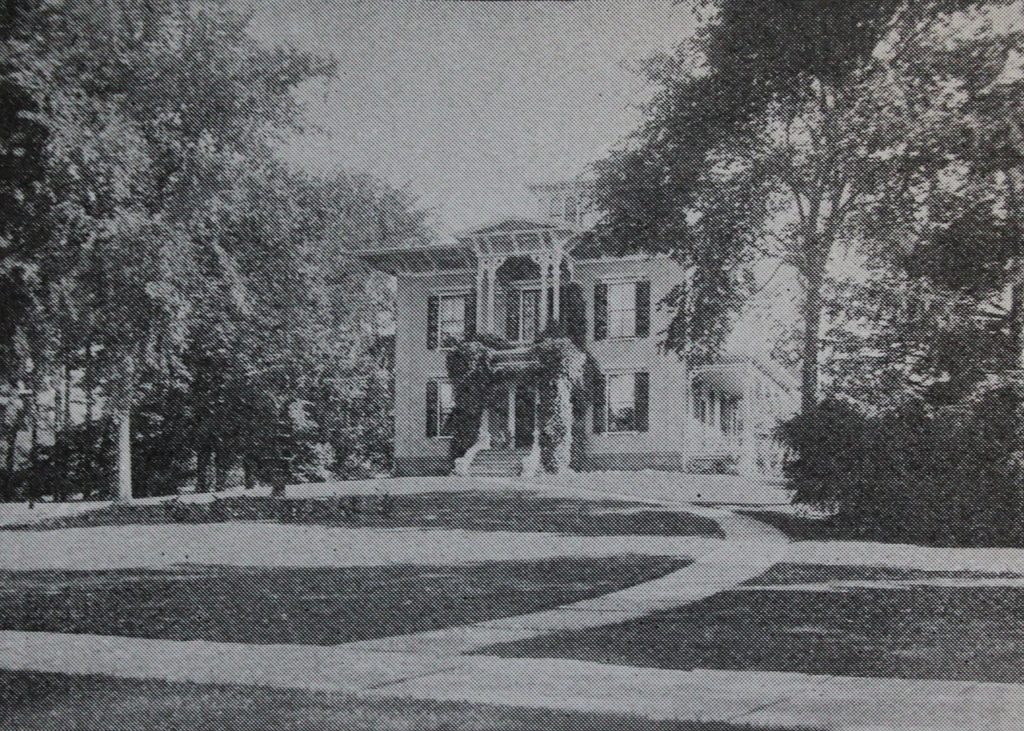 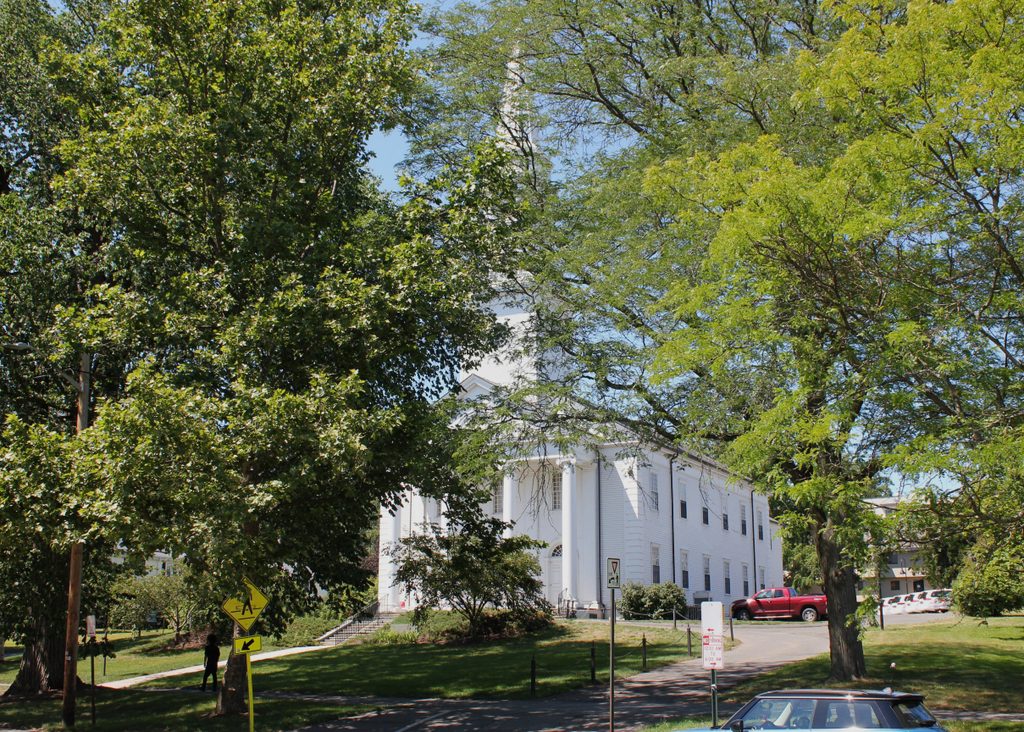 This elegant Italianate-style mansion was built around the 1860s, and was designed by prolific Northampton architect William Fenno Pratt. It was the home of Luther Bodman, a banker who served as president of the Hampshire County National Bank and the Hampshire County Savings Bank, and during the 1870 census he was living here with his wife Philena and two of their children, Ellen and Clara. At the time, his real estate was valued at $15,000, plus a personal estate of $100,000, giving him a total net worth equivalent to over $2.2 million today.

Luther Bodman lived here until his death in 1887, and Philena died in 1894, around the same time that the first photo was taken. However, their daughter Clara remained here until around 1949, shortly before her death in 1951 at the age of 92. The property was subsequently acquired by Smith College, and in 1954 the house was demolished in order to make way for a new college chapel. The Colonial Revival-style building was completed the following year, and was a gift of Helen Hills Hills, a 1908 Smith graduate. Named the Helen Hills Hills Chapel in her honor, it remains here today, and continues to be used by Smith College as a chapel.

The First Church parsonage, at 74 Bridge Street in Northampton, around 1894. Image from Northampton: The Meadow City (1894). 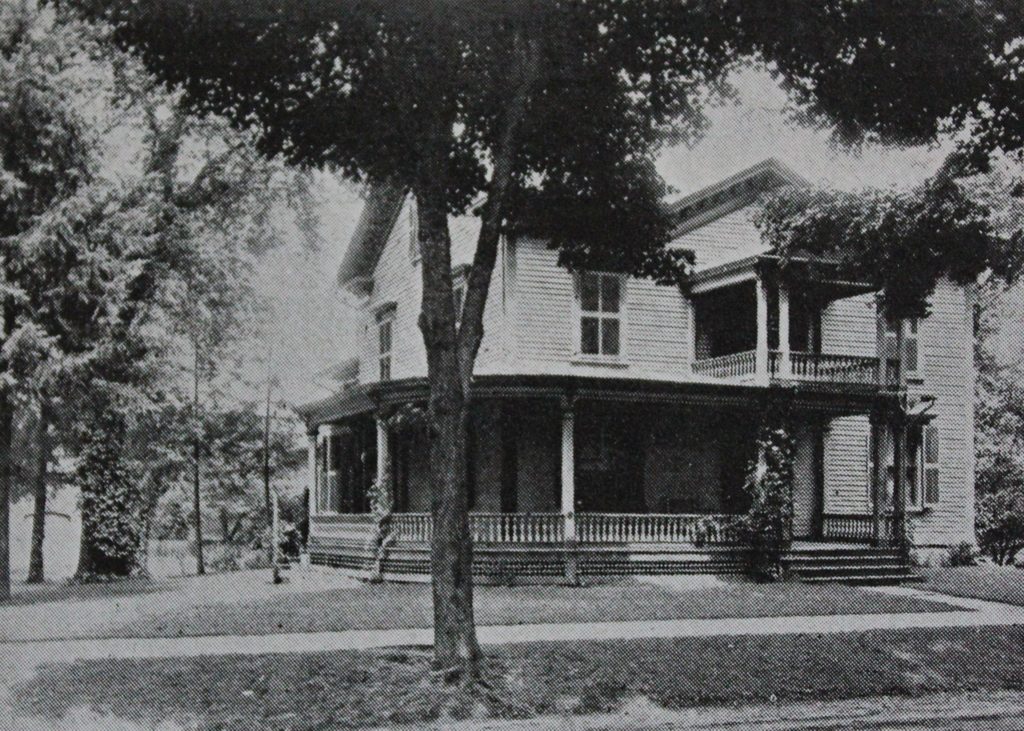 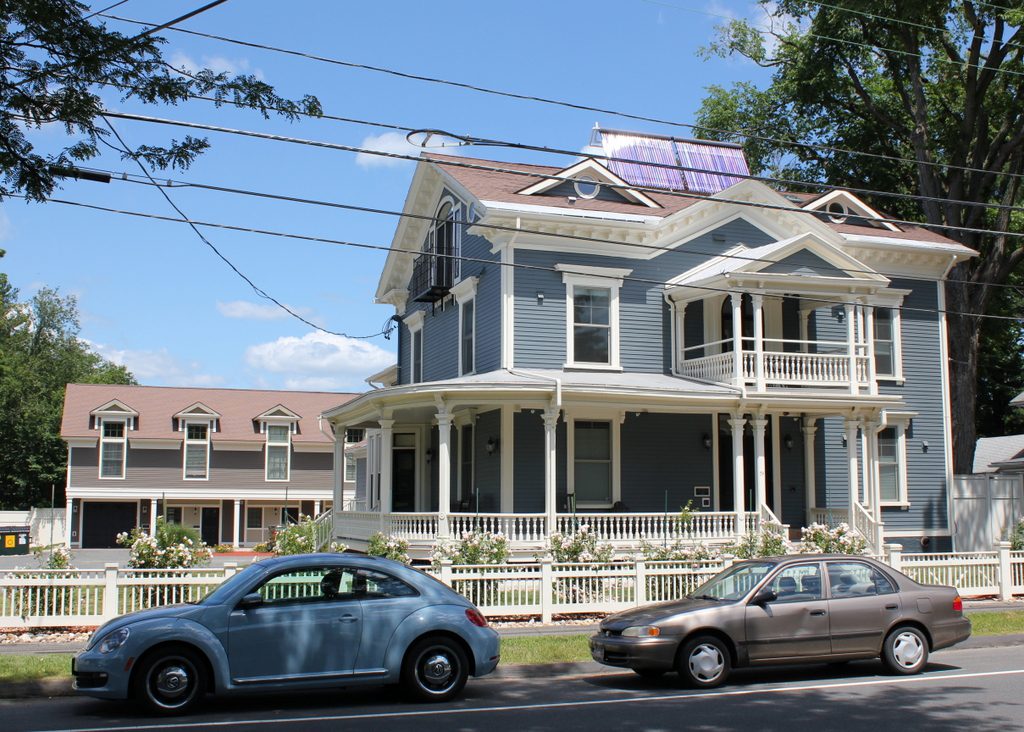 This house was built in 1866, and was the work of William Fenno Pratt, a local architect who designed a number of buildings in Northampton during this era. Upon completion, the house served as the parsonage for the First Church, which was located about a third of a mile west of here in the center of Northampton. Zachary Eddy was the pastor of the church at the time, but the following year he was succeeded by William S. Leavitt, who served from 1867 to 1881. It was during his pastorate, in 1876, that the old church burned down, and was replaced a year later by the present church building.

Herbert W. Lathe lived here during his pastorate from 1882 to 1891, followed by Henry T. Rose, who was the pastor of the church around the time that the first photo was taken. He lived here with his wife Grace and their daughter Helen until his retirement in 1911, and the house continued to be used as the parsonage for several more pastors. Based on listings in the city directory, it appears that John W. Darr was the last one to reside in the house, until he moved to California in the late 1920s.

Around 1930 the house was sold to Frank W. Tomaszewski, a Polish immigrant who owned a garage on Masonic Street. He lived here for the rest of his life, until his death in 1975, and the house remained in his family for many years. At some point it became the Historic College Inn, and in the early 2000s a garage in the back of the property was demolished and replaced with a modern carriage house-style building, seen in the back left of the present-day photo. The only other significant change to this scene was the addition of solar panels to the roof of the house, but otherwise it remains well-preserved in its original 19th century appearance. 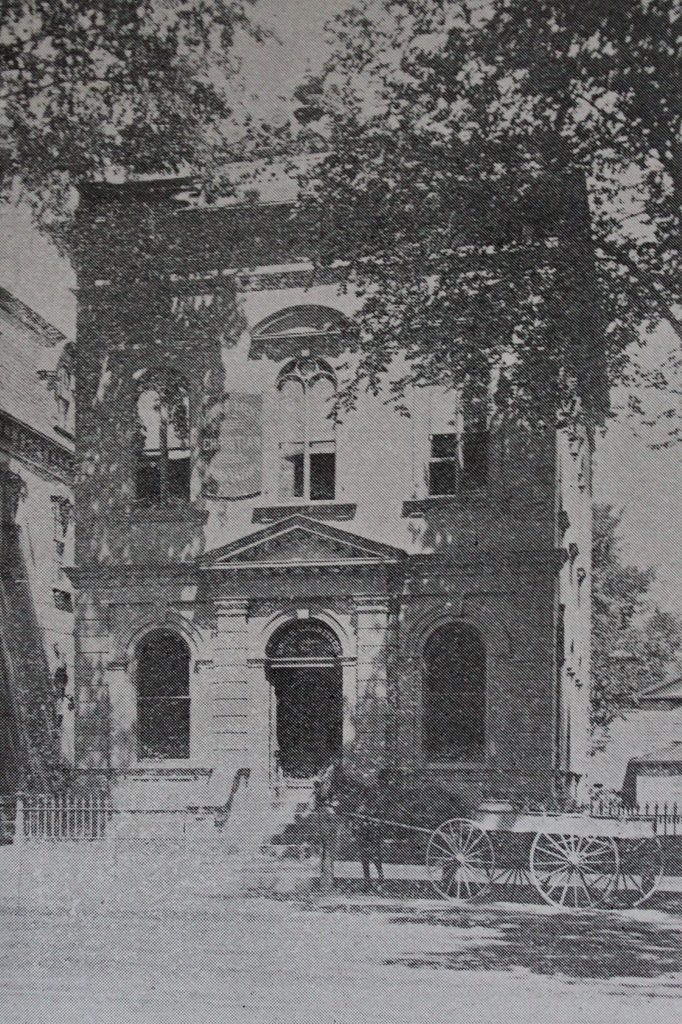 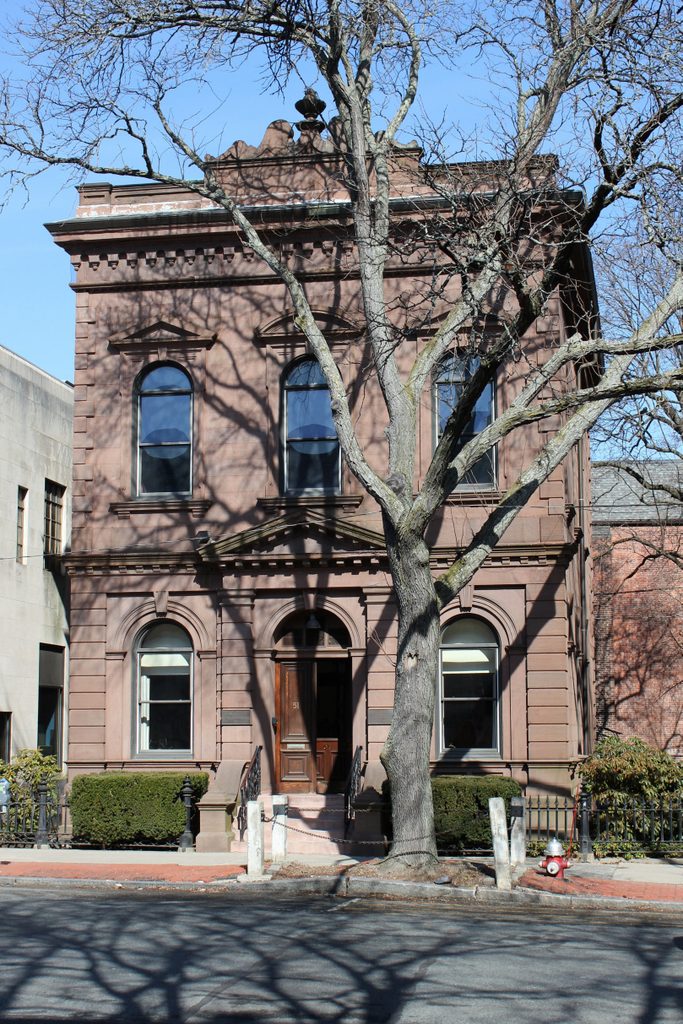