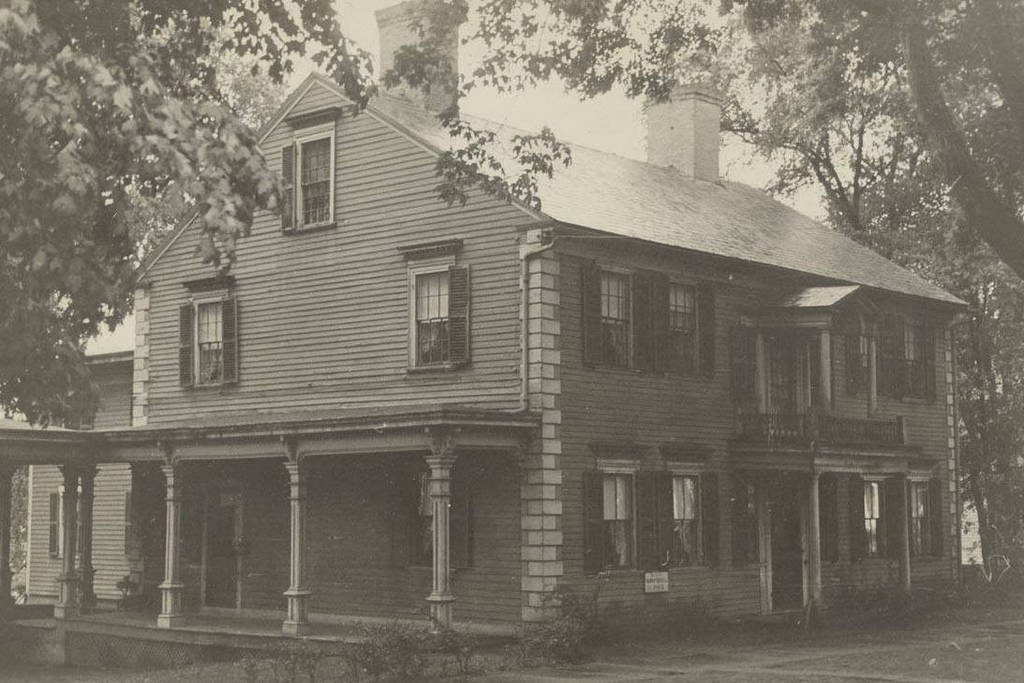 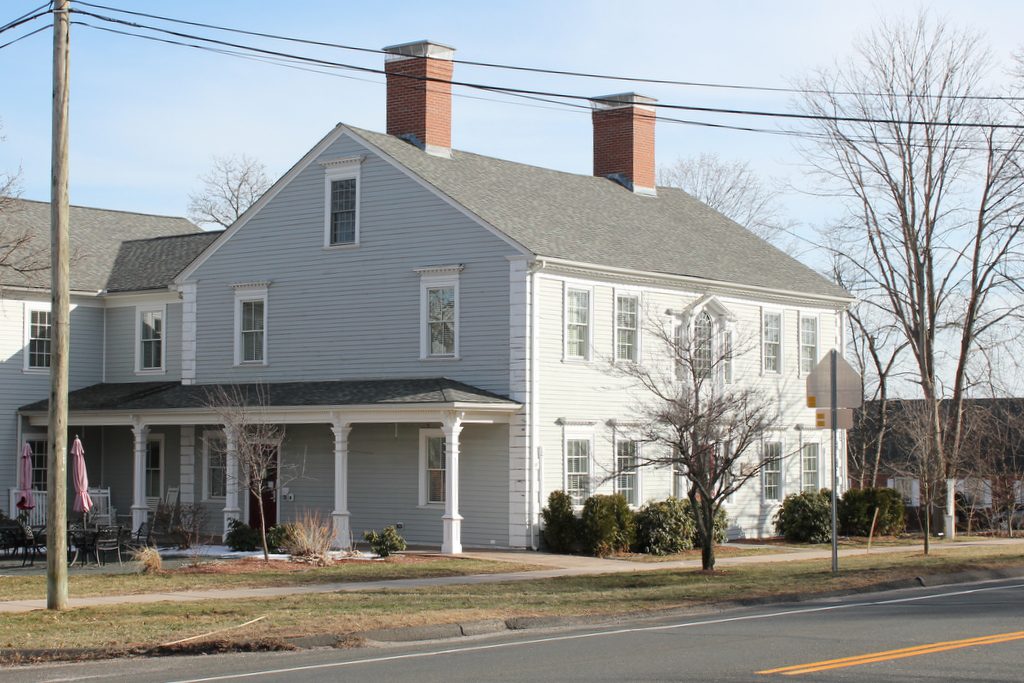 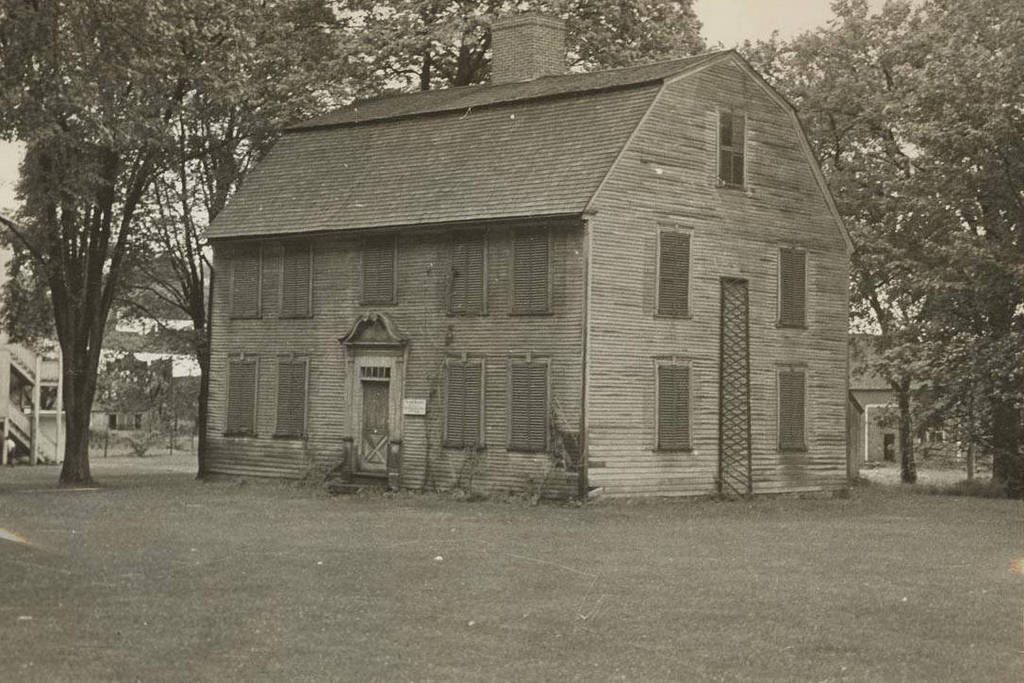 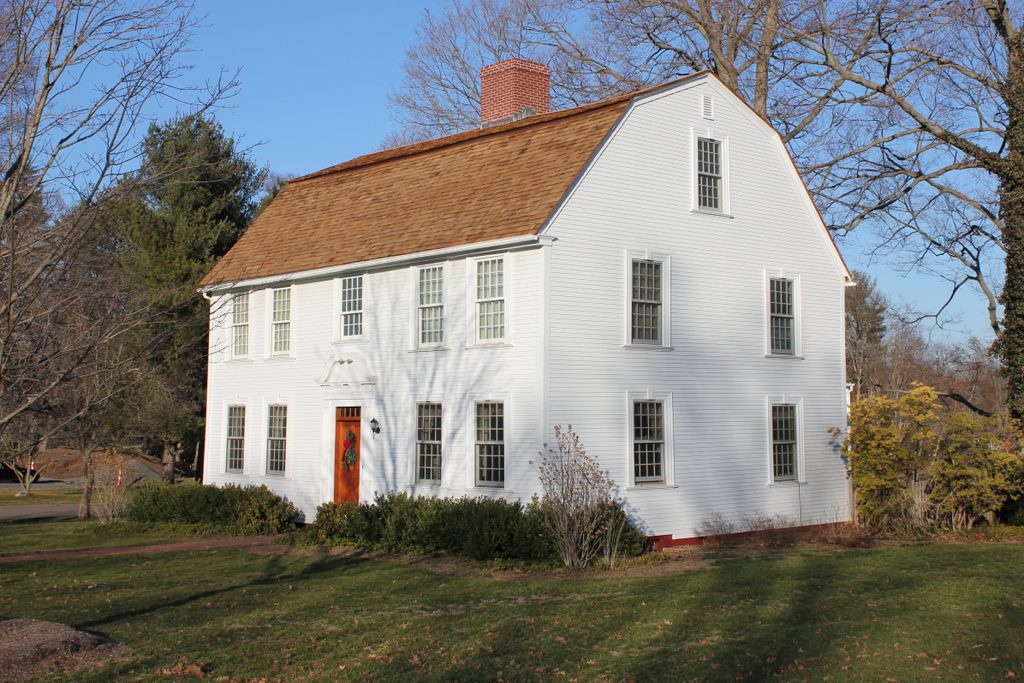 Ebenezer Gay was 23 years old when he was ordained as the pastor of the church in Suffield in 1742. The Hingham, Massachusetts native had recently graduated from Harvard, and he arrived in the midst of the Great Awakening, which was already sweeping across New England and had resulted in a number of revivals here in Suffield. That same year, he married Hannah Angier, and the following year they moved into this elegant, gambrel-roofed Georgian home in the center of town.

At the time, it was not uncommon for pastors to be hired directly out of college and remain in the same church for the rest of his life. Ebenezer Gay was no exception, and served here for 54 years, until his death in 1796. Towards the end of his ministry, his son, Ebenezer Gay, Jr., became the assistant pastor, and took over the full duties upon his father’s death. Like his father, the younger Ebenezer lived in this house. He also had a remarkable tenure as the pastor here, serving until his death in 1837, for a total of 95 years between father and son.

When the first photo was taken, the house was already about 200 years old, and its historical significance was well-recognized. It was owned by the Suffield School for Boys, which would become Suffield Academy. At the time, it was vacant, but would eventually be put to use as faculty housing for the school. It is still used for the same purpose, and in the early 2000s it was repaired and restored to its original appearance. Along with the other buildings in the area, it is part of the Suffield Historic District on the National Register of Historic Places.

Another view of the Second Baptist Church, taken around 1935-1942. Image courtesy of the Connecticut State Library, WPA Architectural Survey Collection. 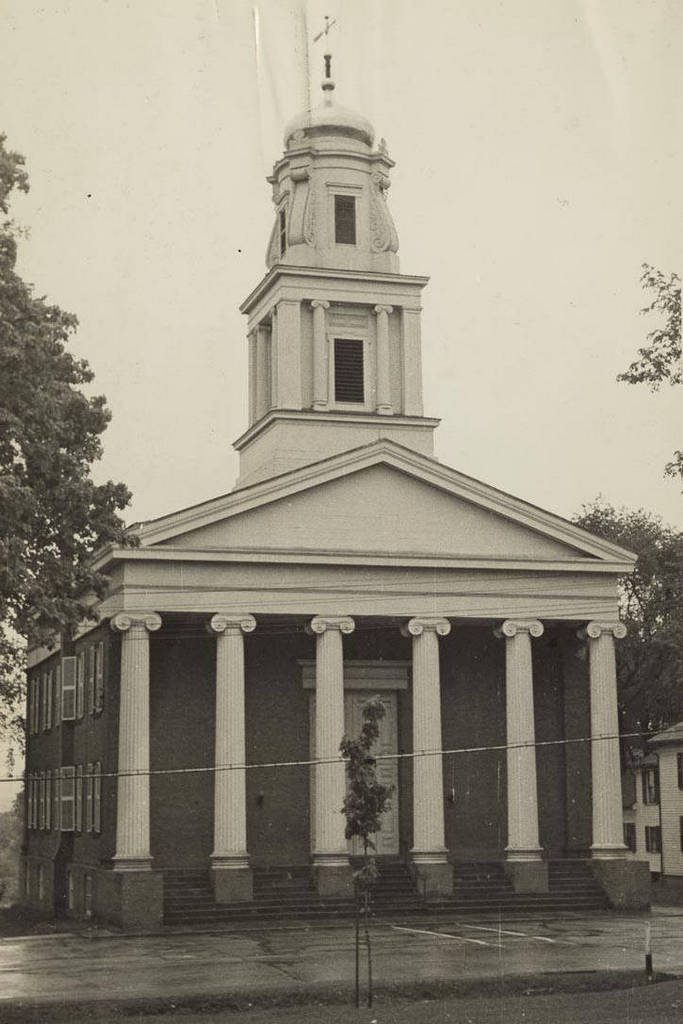 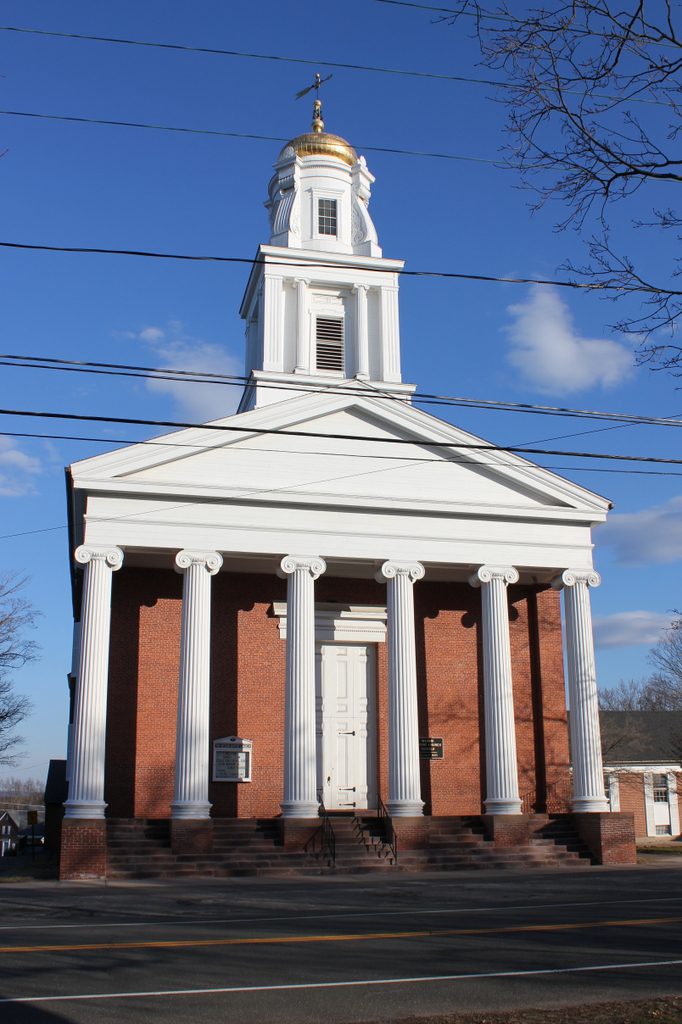 The first photo was taken as part of a Works Progress Administration program to document historic buildings in Connecticut. Around 100 years old at the time, the Second Baptist Church was among those photographed in Suffield’s historic town center. As mentioned in more detail in the previous post, the congregation was established in 1805 by members of the First Baptist Church. The current building was completed in 1840, and has remained in use ever since.

The church is now nearly twice as old as it was when the first photo was taken, but its exterior has seen little change. The only significant difference is the loss of the parsonage on the extreme right, which was demolished in the 1950s to build a new wing of the church. Along with many other historic buildings in the center of Suffield, the church is a contributing property in the Suffield Historic District on the National Register of Historic Places.

The Second Baptist Church, on North Main Street in Suffield, around the early 1900s. Image from Celebration of the Two Hundred and Fiftieth Anniversary of the Settlement of Suffield, Connecticut (1921). 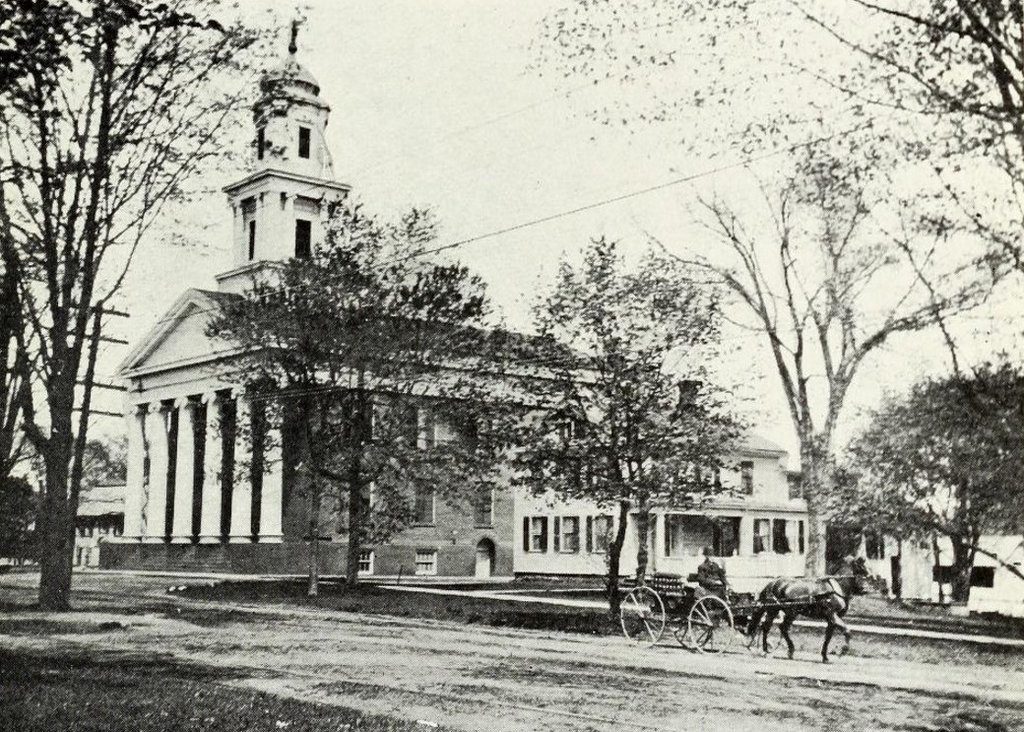 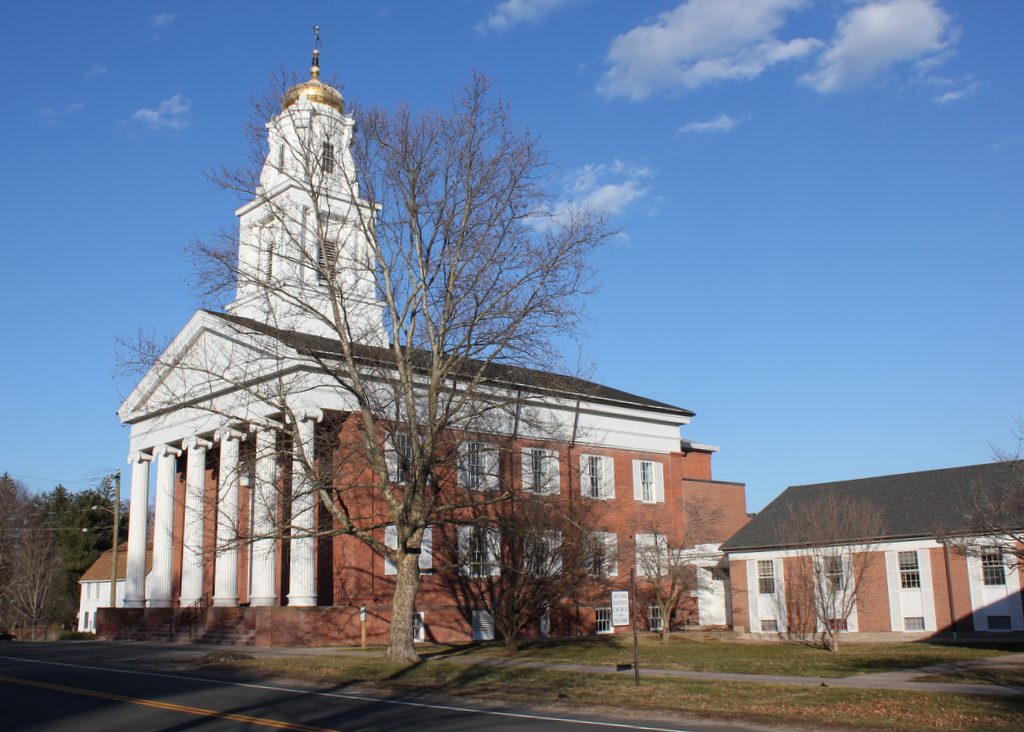 In the colonial era, nearly all of the churches in New England were Congregational. At the time, Baptists were a very small minority, but they gained a foothold here in Suffield. The first Baptist church in Hartford County was established in the town in 1769, and its congregation met in a small church about three miles west of the town center. Despite the remote location, the church remained there in the Hastings Hill neighborhood, and the current church building was built in 1846.

Because of how far removed it was from the town center, though, the Second Baptist Church was formed in 1805, and in 1840 they built this building on North Main Street, right in the center of Suffield. It was designed by Suffield native Henry A. Sykes, who was the architect for a number of buildings throughout the Connecticut River Valley in the mid-19th century. The Greek Revival architecture is fairly typical for New England churches of the era, with a symmetrical front facade, a columned portico, and a multi-stage steeple above it.

The church building was completed a year after Dwight Ives became the pastor. He served here for many years, and had close ties to the Connecticut Literary Institute, located across the street. Known today as Suffield Academy, it had been founded as a Baptist school, and many of the students attended church here. During Ives’s 35 year long pastorate here, the church experienced several revivals, with a significant growth in the size of the congregation.

About a century after the first photo was taken, the Second Baptist Church is still an active congregation. There have been some changes, most notably the demolition of the parsonage to the right of the church and the construction of several additions in the 1950s. The church itself is still standing, though, along with the Ebenezer Gay Manse, barely visible in the distance on the far left of the photos. Both buildings are important landmarks in downtown Suffield, and they are part of the Suffield Historic District on the National Register of Historic Places. 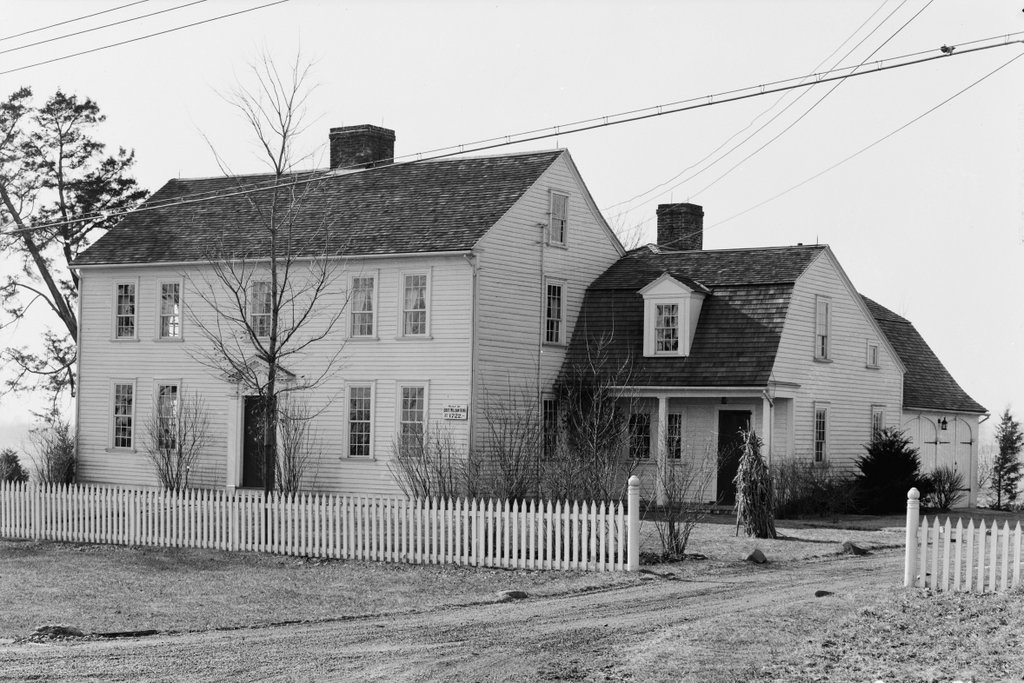 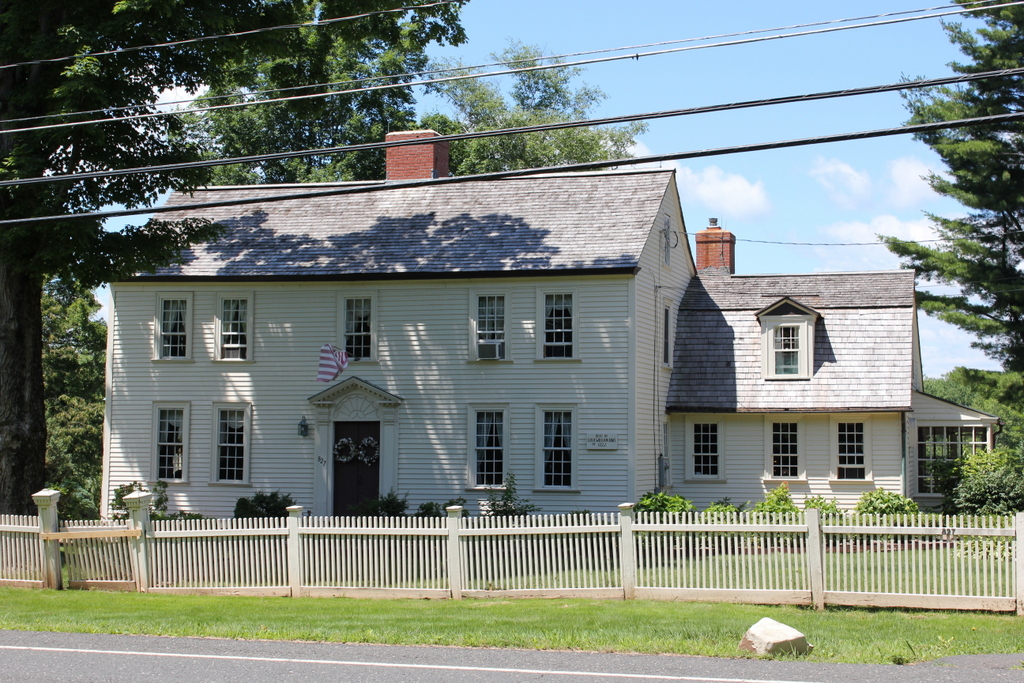 Taken from a slightly different angle from the earlier photo in this post, the 1938 view here shows the house as it appeared when it was documented as part of the Historic American Buildings Survey.  Begun in 1933, the project was intended to provide work for unemployed photographers and architects during the Great Depression, in order to document some of the country’s historic properties.  These images and documents are now available online through the Library of Congress, and more photographs of the King House, along with detailed architectural drawings, can be found here.  The house hasn’t changed much in its exterior appearance in the past 77 years, and today it is used as a bed and breakfast, and is listed on the National Register of Historic Places. 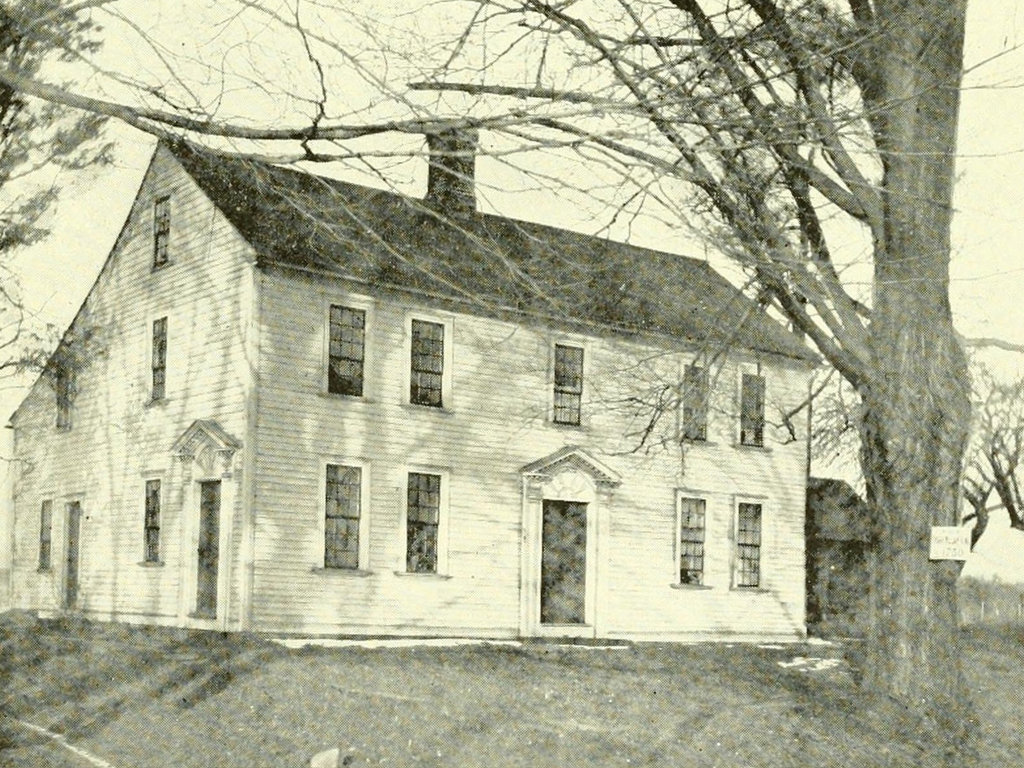 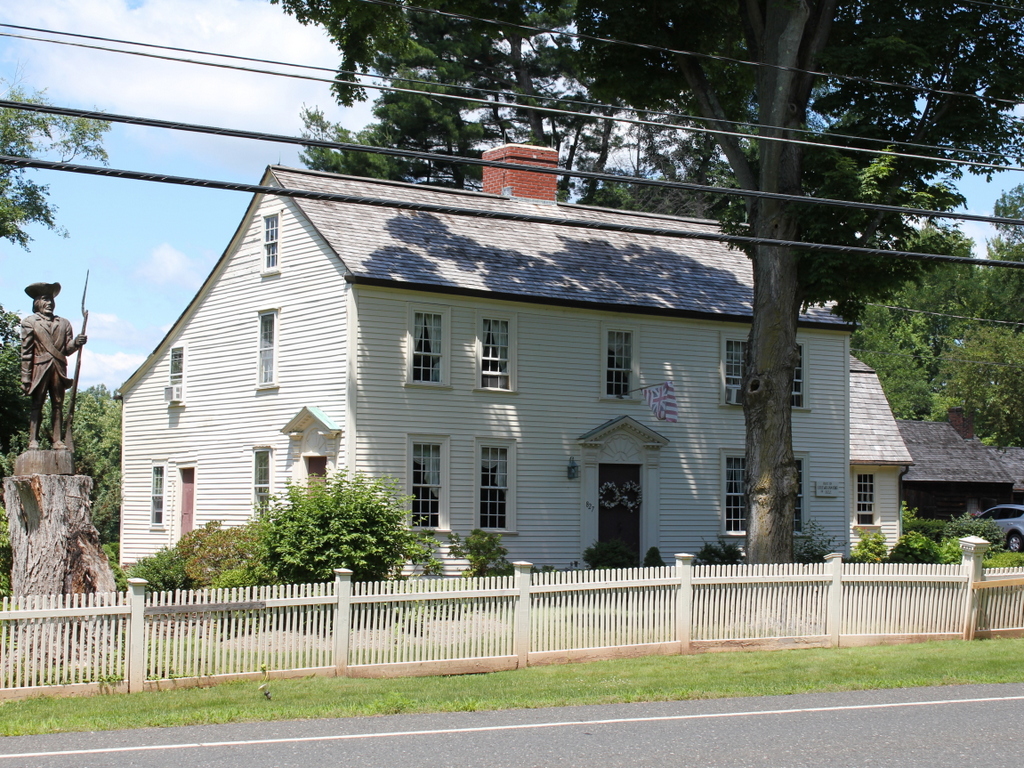