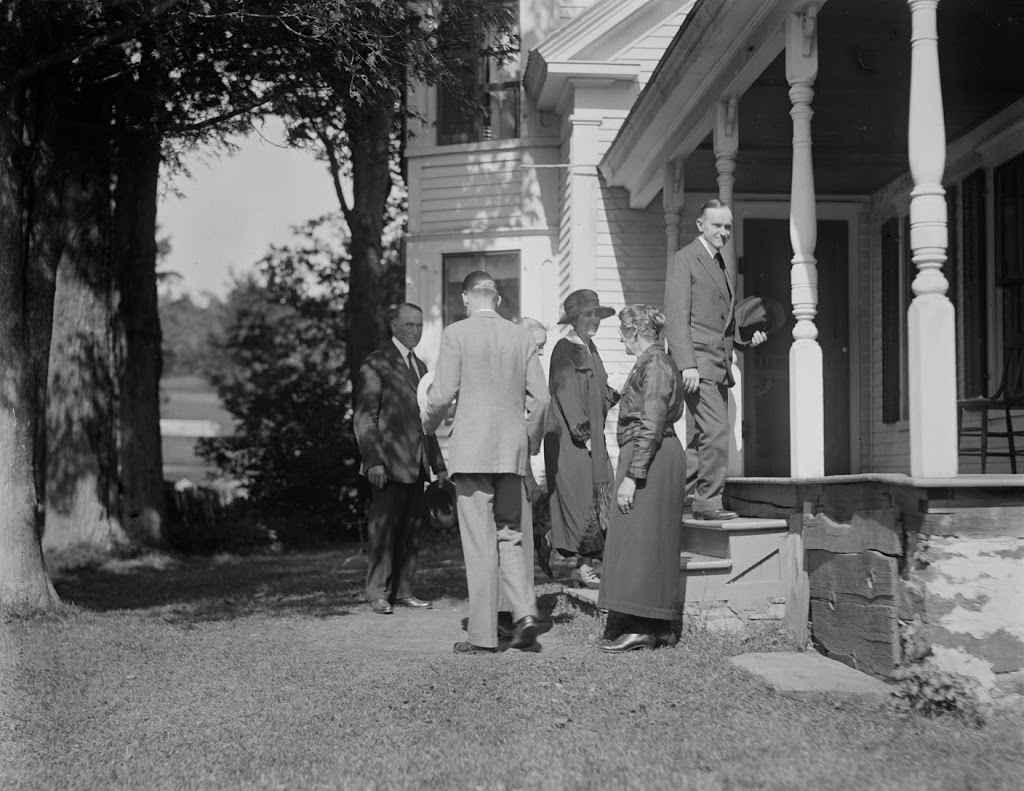 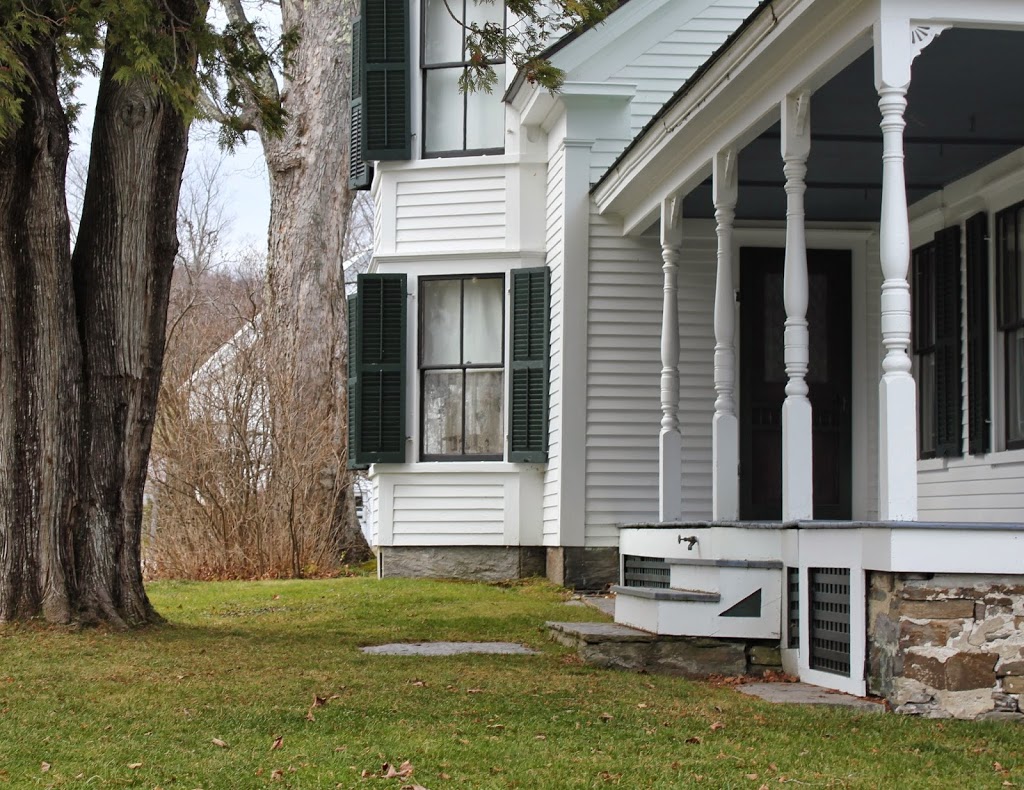 This scene shows Calvin Coolidge walking up the steps of the home that he grew up in, now known as the Coolidge Homestead.  He is accompanied by his wife Grace, his father John, and a few other people who I can’t identify.  Today, the house has been restored to its appearance during Coolidge’s presidency.  It looks like several of the trees are still there as well; the two large trees on the left-hand side of the 2014 photo appear to be the same ones that were there in 1924.