Looking west across the Common toward Park Square in Greenfield, sometime around the 1880s. Image from Greenfield Illustrated. 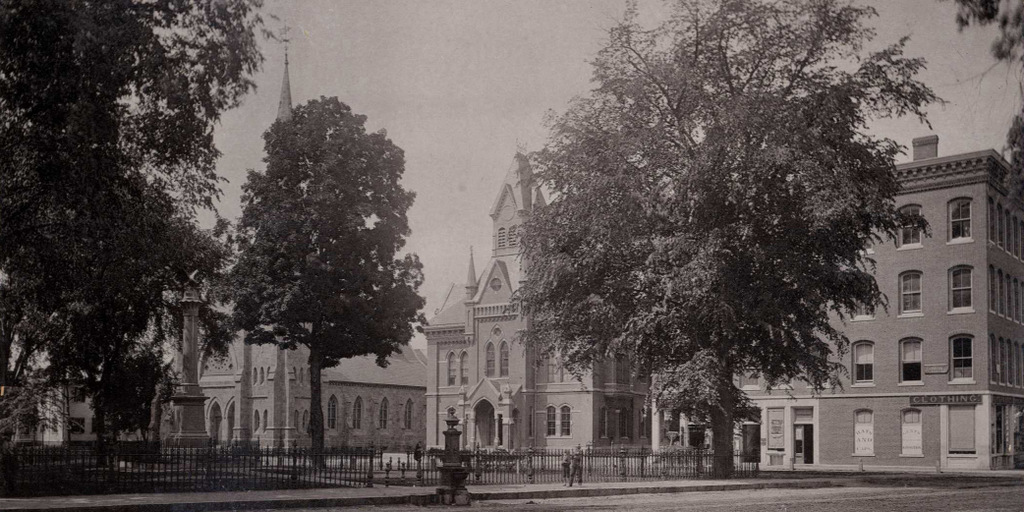 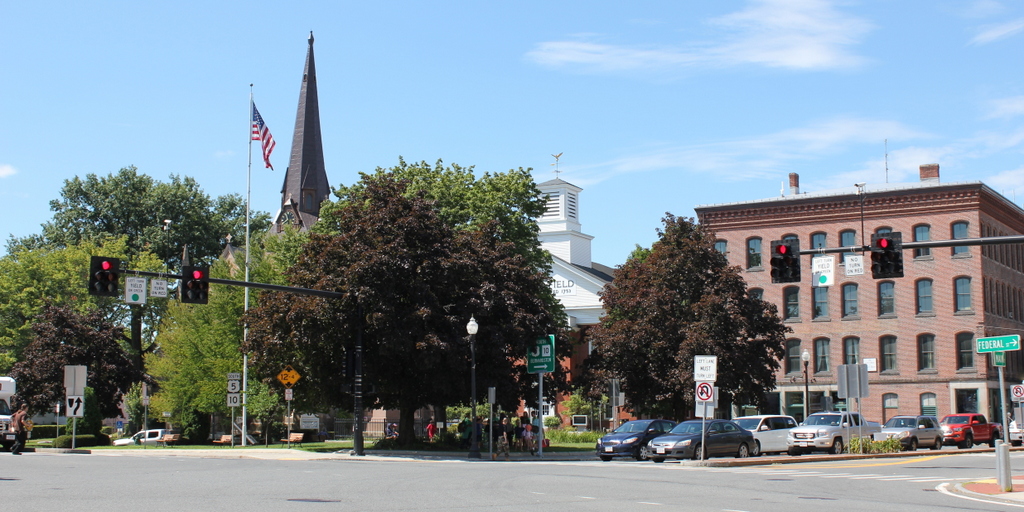 The Common is at the heart of downtown Greenfield, and over the past 130 years or so, not much has changed in this view. This scene includes three historic buildings, which are partially hidden by the trees on the Common. To the left is the Second Congregational Church, which was built in 1868 on the site of an earlier church and is still standing, largely unchanged. To the right is another well-preserved building from the same era, the George A. Arms Block. Built in 1876 at the corner of Main Street and Court Square, this four-story brick building is one of many surviving 19th century commercial blocks in downtown Greenfield.

The building in the center of both photos is also still standing, although it has undergone far more drastic changes than the other two. Built in 1848 as the Franklin County Courthouse, it was originally a wooden Greek Revival building designed by Isaac Damon, a Northampton architect who designed churches, courthouses, and bridges across Western Massachusetts. A few decades earlier, he had designed courthouses for Hampden and Hampshire Counties, and he had also designed Greenfield’s original Second Congregational Church just to the left of the courthouse.

In 1872, Damon’s courthouse was essentially rebuilt, with little if anything left from the original structure. Because of the need for a more fire-resistant place to store county records, the exterior of the courthouse was covered in brick, and it was redesigned in a Gothic Revival style, in keeping with the architectural tastes of the era. The building’s design was again altered in 1954, when the exterior was renovated to its current Colonial Revival appearance. Today, the building is now Greenfield’s municipal building, and it, along with its neighbors to the left and right, are part of the Main Street Historic District on the National Register of Historic Places.

3 thoughts on “The Common, Greenfield, Mass”