The Steiger’s store at 259-271 High Street in Holyoke, sometime around 1910-1915. Image from Illustrated & Descriptive Holyoke Massachusetts. 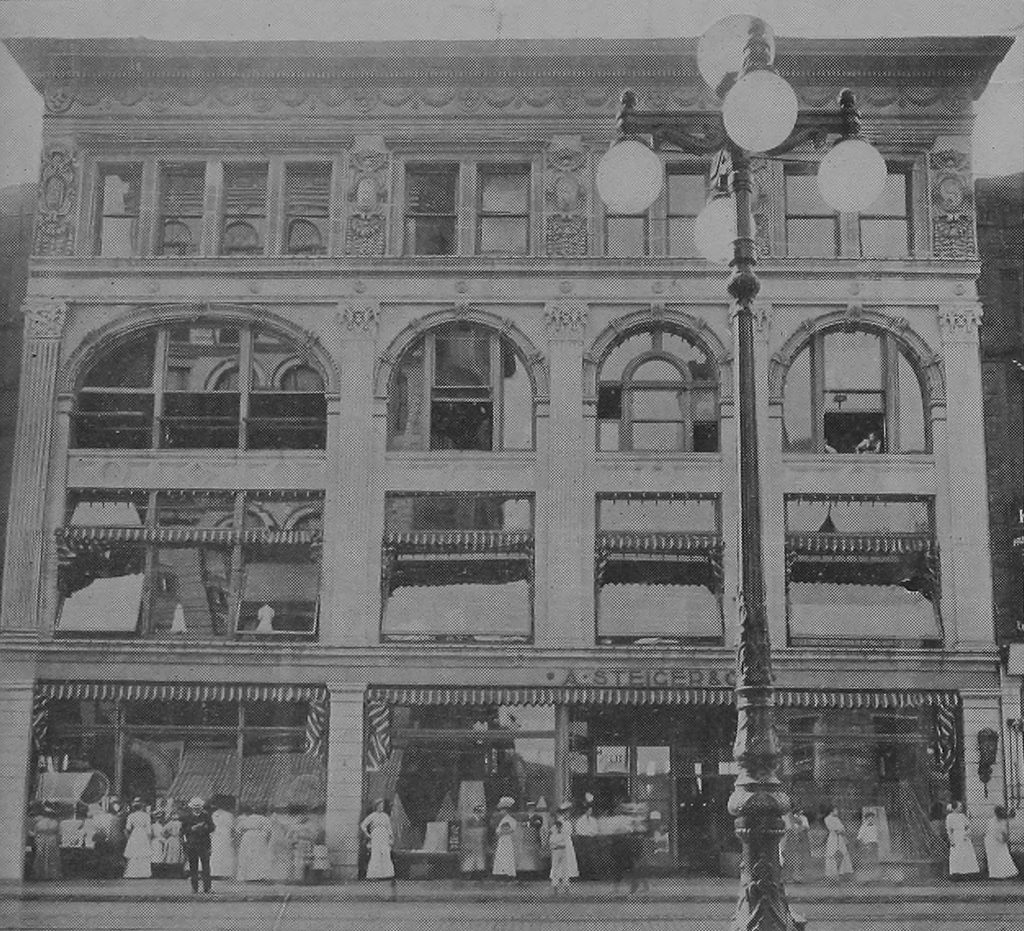 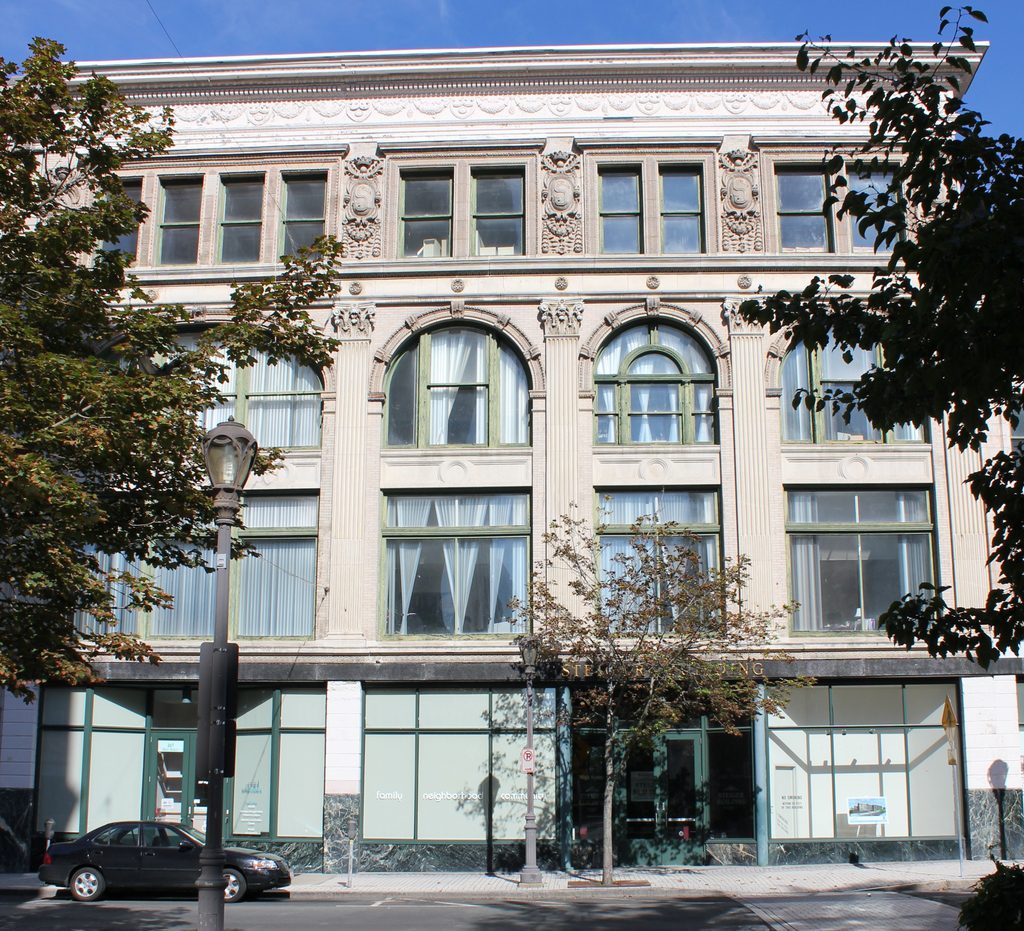 For nearly a century, the Steiger’s department store was a leading retail chain in Western Massachusetts and throughout much of New England. It was founded by Albert Steiger, who had come to the United States as a young German immigrant in 1868. He and his family settled in Huntington, Massachusetts, but his father died in 1872, when Albert was just 12 years old. Albert was the oldest of three children, and by the time he was 13 he had left school and was working as a peddler. Soon after, though, he began working for a dry goods merchant in Westfield, and would remain there for the next 20 years.

After spending his early career in Westfield, Albert Steiger went into business for himself in 1894, when he opened a store in Port Chester, New York. This proved successful, and two years later he opened a store in Holyoke. At the time, Holyoke was a thriving industrial city, and it had a busy commercial center along High Street. Steiger soon purchased property here on the west side of the street, directly opposite city hall, and had this building constructed on the site. It was designed by prominent local architect George P. B. Alderman, and featured a Beaux Arts exterior, with light-colored stone that contrasted sharply with the dark brick and sandstone of the older buildings on High Street. When completed in 1899, the building only consisted of the three window bays on the right side, but in 1901 Steiger acquired the neighboring Preston Block on the left side and expanded his building. The Preston Block was either demolished or incorporated into the Steiger’s building, and Alderman designed the facade of this addition. It matched the rest of the building, but it resulted in an asymmetrical appearance, as seen in these photos.

The Holyoke store was soon followed by one in New Bedford in 1903, and then in 1906 he opened the company’s flagship store in Springfield. The first photo, from the book Illustrated & Descriptive Holyoke Massachusetts, shows the Holyoke store sometime during these early years of his business. Outside, a number of women, all wearing white dresses, are standing on the sidewalk, with many apparently looking at the window displays. Although undated, the book was probably published around 1914, and it provides the following description of the Steiger’s company:

The high character earned by eighteen years of honorable business dealings, and the energy, business ability and liberality that characterize all the operations of this house, command for it a conspicuous position among the leading mercantile institutions of the state. The company is conducting similar establishments in Springfield and New Bedford, Massachusetts and Portchester, N. Y. The exceptionally low prices that prevail in this store have been the cause of much comment, but there are reasons for it that are legitimate ones and in no sense secret; in purchasing in the enormous quantities required for stocking four large stores, the management is able to take advantage of substantial discounts, which in the end is made to benefit the consumers in the low prices which they can offer. The local store is under the management of Philip Steiger. It is an attractive building, constructed of Indiana Limestone and brick; its interior has a full complement of modern fixtures and furniture, including the Lamson Carriers. There are thirty-one distinct departments, any one of which presents some attractive bargain at all times. One hundred and fifty clerks are employed.

Steiger’s would eventually open locations in Fall River and in Hartford, but by the 1960s the company had begun to shift toward stores in suburban shopping malls. These included stores in Westfield, Longmeadow, and Hadley, plus two new Springfield stores, with one at Springfield Plaza and one in the Eastfield Mall. Then, in 1979, Steiger’s opened a second Holyoke store in the newly-completed Holyoke Mall, drawing even more customers away from the old store here on High Street. The old store finally closed in 1984, and the building sat vacant for many years afterwards.

In the meantime, the Steiger’s company remained in business for another decade, until it was sold to the May Department Store Company in 1994. Some of the stores were reopened as either Lord & Taylor or Filene’s, but others were closed, including the flagship store in downtown Springfield, which was subsequently demolished. However, the former downtown Holyoke store is still standing here on High Street. Its exterior has seen few changes since the first photo was taken more than a century ago, and it survives as a reminder of the grand department stores that once stood in the downtown area of almost every major city in the country. Along with the other surrounding commercial buildings, it is now part of the North High Street Historic District on the National Register of Historic Places.