Austin Hall at Harvard Law School in Cambridge, around 1890-1906. Image courtesy of the Library of Congress, Detroit Publishing Company Collection. 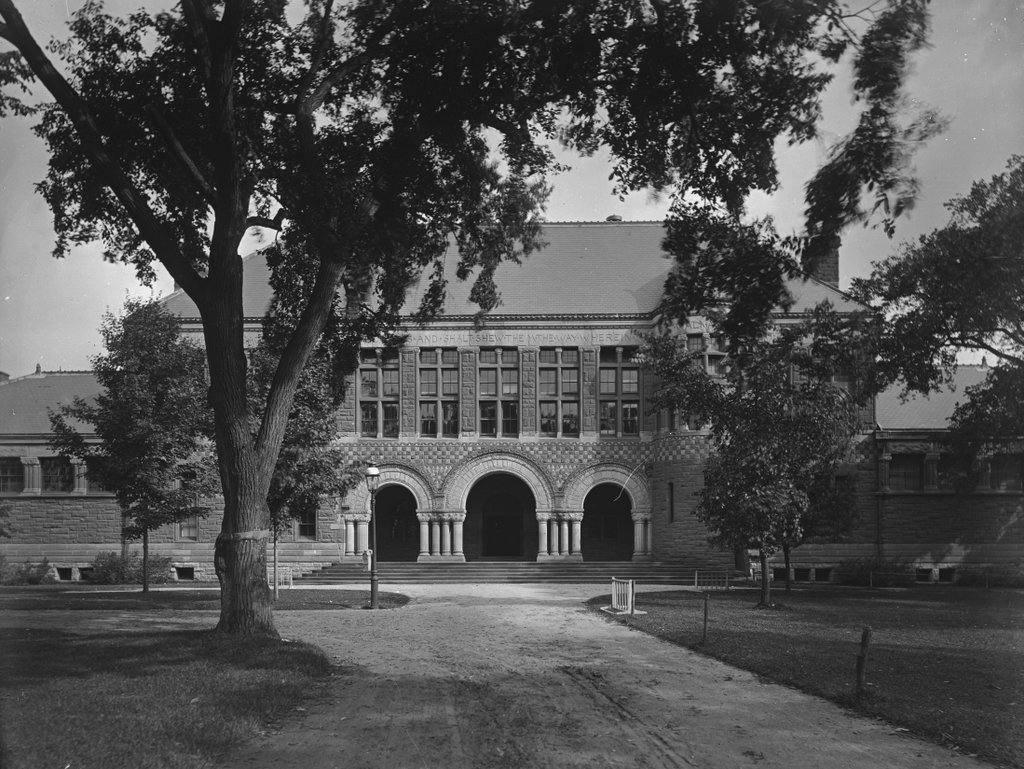 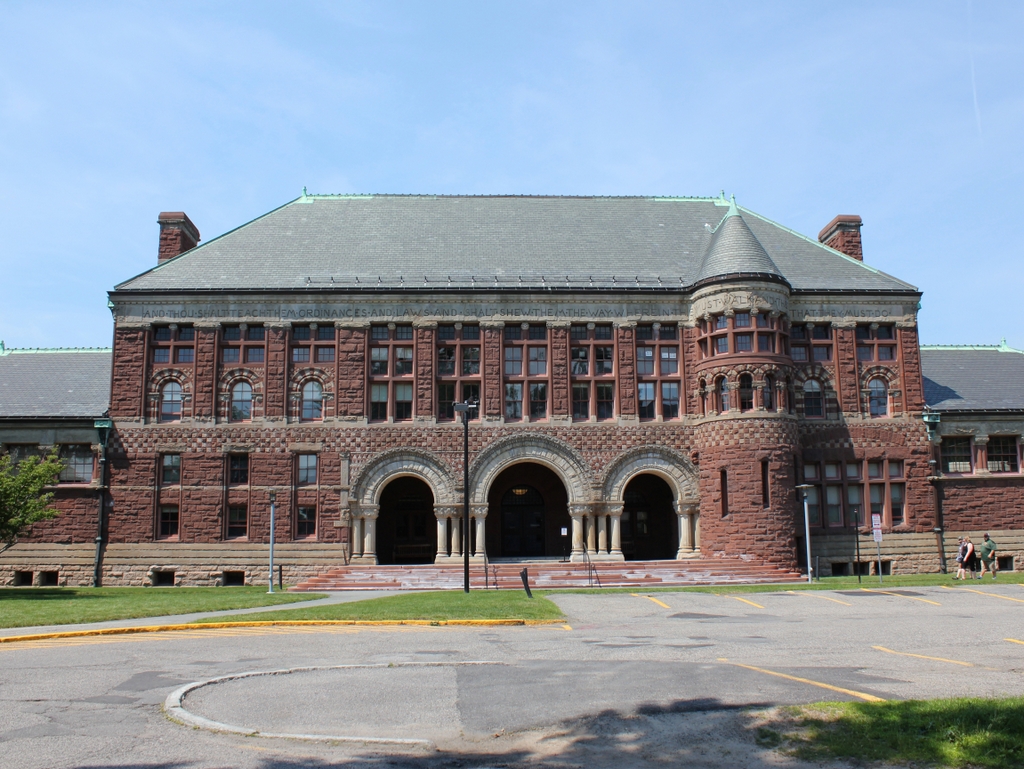 Austin Hall was completed in 1884 as the home of the Harvard Law School, and it was built thanks to a gift from Edward Austin, a Boston businessman who donated $135,000 in memory of his late brother Samuel. The building was designed by Henry H. Richardson, one of the most influential American architects in history, and it features his distinctive Romanesque Revival style. Richardson had previously designed Sever Hall on the Harvard campus, and his other commissions in the area included Boston’s Trinity Church.

As was typical for Richardson’s works, it has a polychromatic exterior, with the dark Longmeadow brownstone contrasting with the lighter-colored Ohio sandstone. The main entrance is marked by three rounded arches, and to the right of them is a short turret with an interior staircase. Just below the roofline is an inscription from Exodus 18:20, which reads “And thou shalt teach them ordinances and laws and shalt shew them the way wherein they must walk and the work that they must do.”

Upon completion, the interior of the building consisted of two smaller lecture rooms on the first floor, with one in each of the two wings to the left and right, along with a large lecture room in the rear of the building. The rest of the first floor consisted of a central hall, several offices for professors, and a room that was designated as the students’ room. Most of the second floor was occupied by the library, but there was also a dean’s room and a professors’ room.

The first photo was taken about a decade or two after the building opened, and not much has changed in its exterior appearance since then, although the foreground is very different, with a parking lot in place of the trees and dirt walkways. Harvard Law School has since expanded far beyond just this one building, but Austin Hall remains in use by the school today. On the interior, it has been renovated over the years, and it now houses classrooms, offices, and the Ames Courtroom, where law students hold moot courts. This courtroom is on the second floor, where the library reading room was originally located. Overall, though, the building retains much of its historic appearance, and it was added to the National Register of Historic Places in 1972.