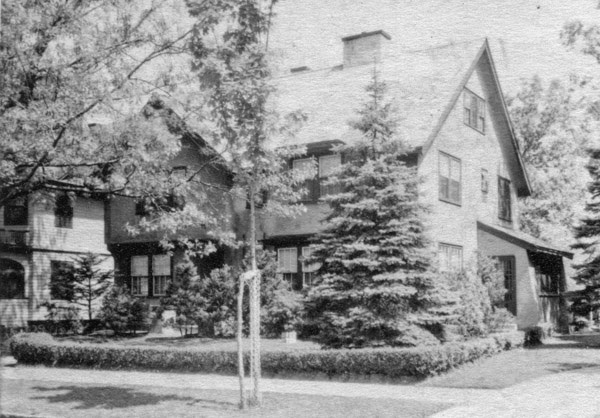 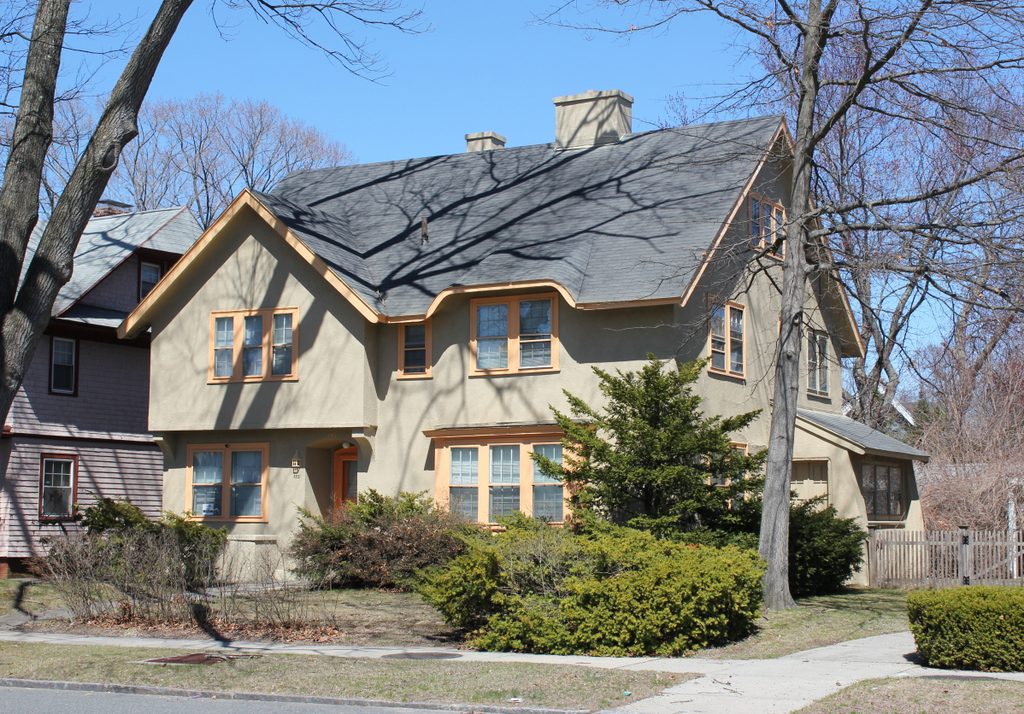 Looking east on Converse Street from the corner of Longmeadow Street, on May 13, 1913. Image courtesy of the Longmeadow Historical Society, Emerson Collection. 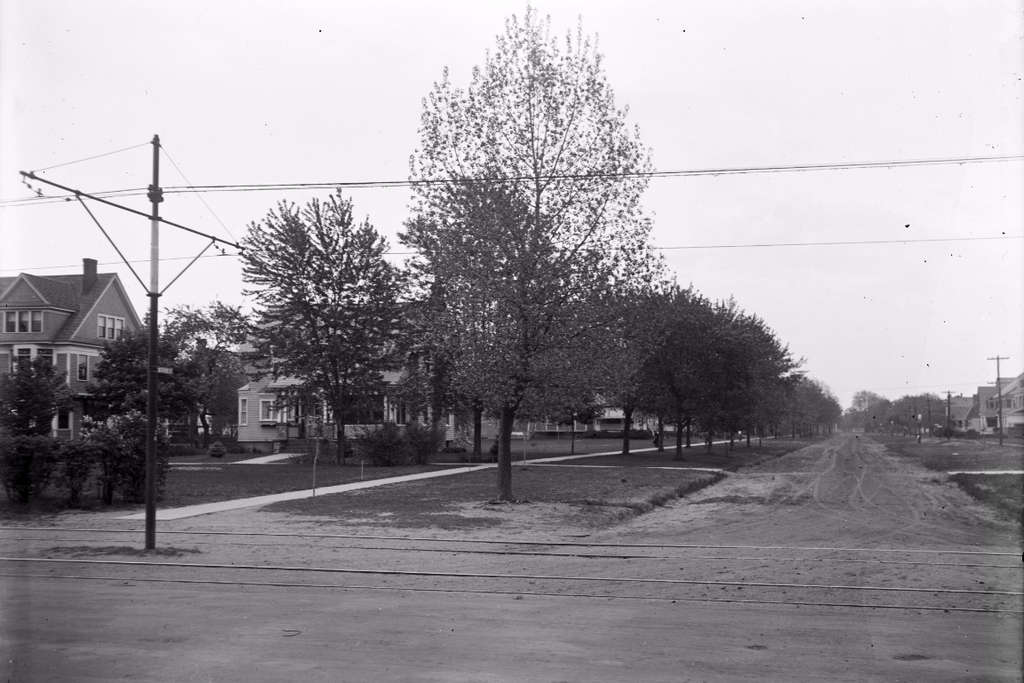 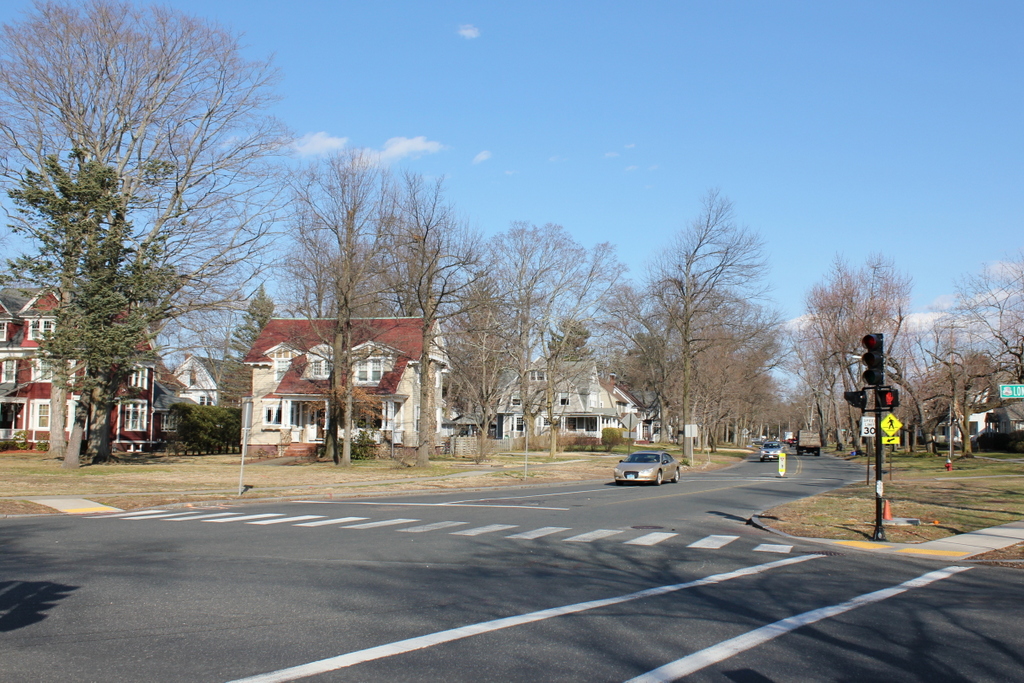 The two photos on the left are the same ones seen in the previous post, and this view shows some of the development along the western end of Converse Street that was happening in the 1910s. Part of the South Park Terrace development, most of the houses along Converse Street had just been built when the first photo was taken, and more would be added in this area as Longmeadow became a major suburb of Springfield. In the century since the first photo was taken, Converse Street has been paved, and the end was angled a bit to share a traffic light with Englewood Road on the other side of Longmeadow Street, but otherwise not much has changed in this scene, and most of the historic early 20th century homes here are still standing. 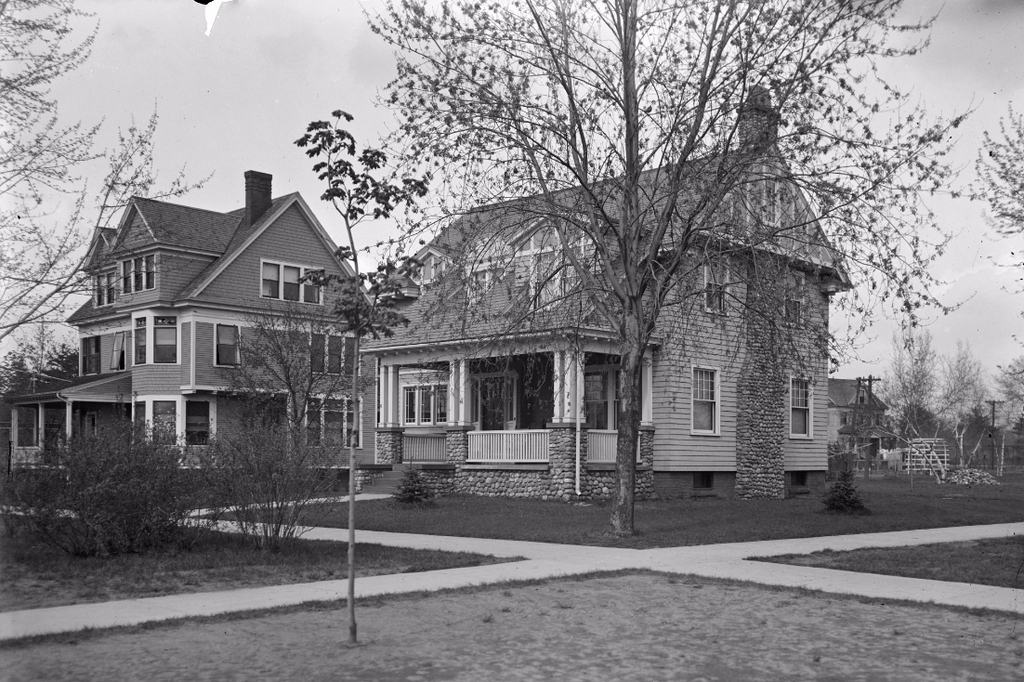 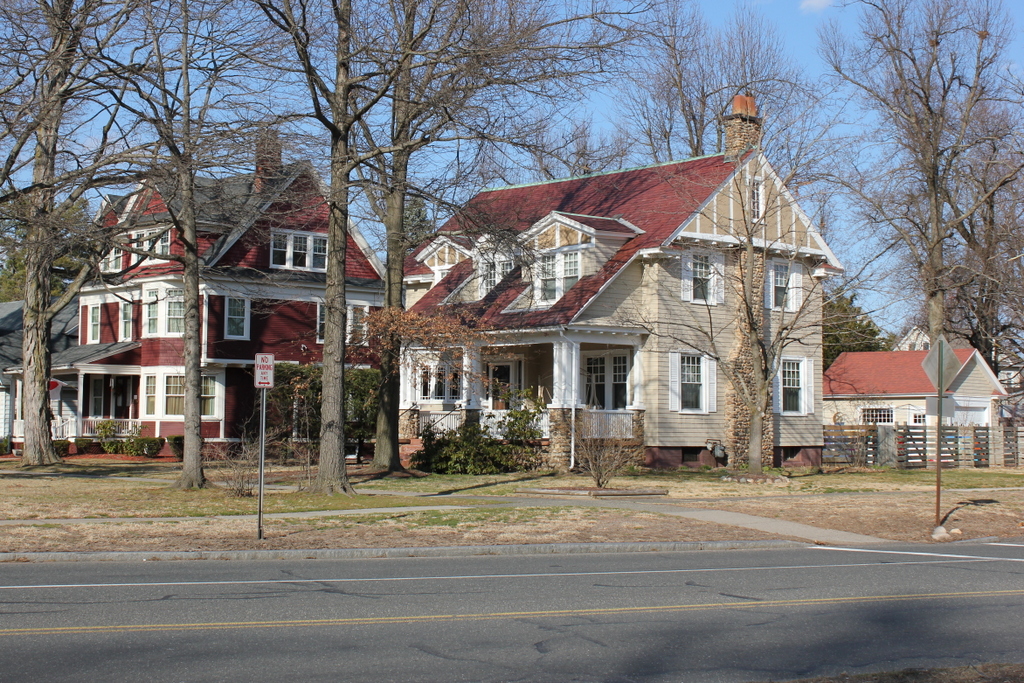 Looking east on Belleclaire Avenue from the corner of Lognmeadow Street, on August 23, 1918. Image courtesy of the Longmeadow Historical Society, Emerson Collection. 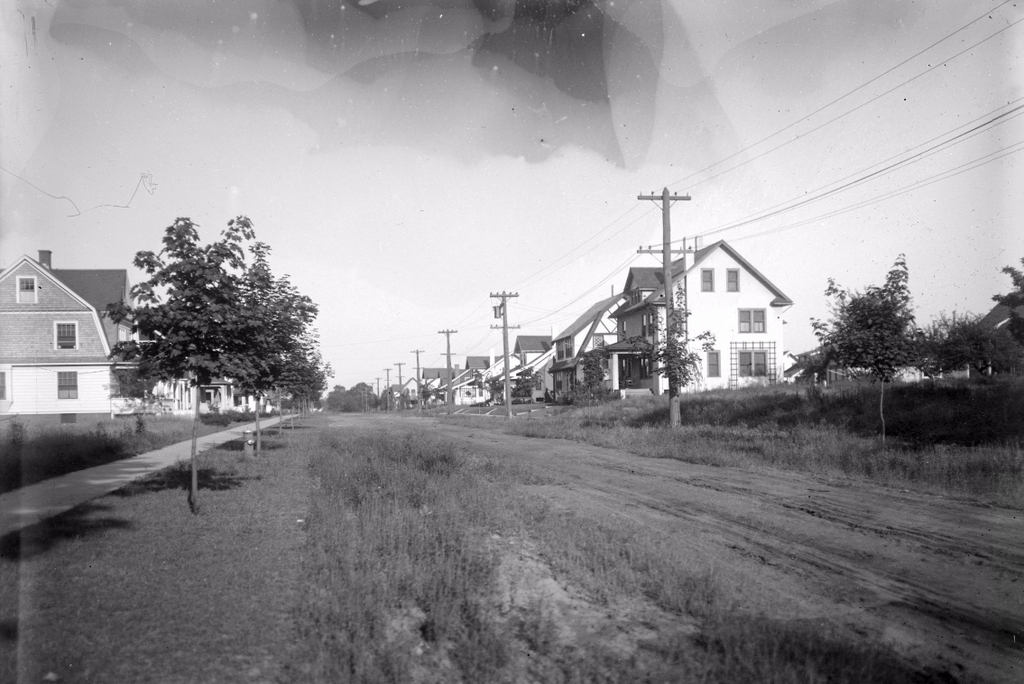 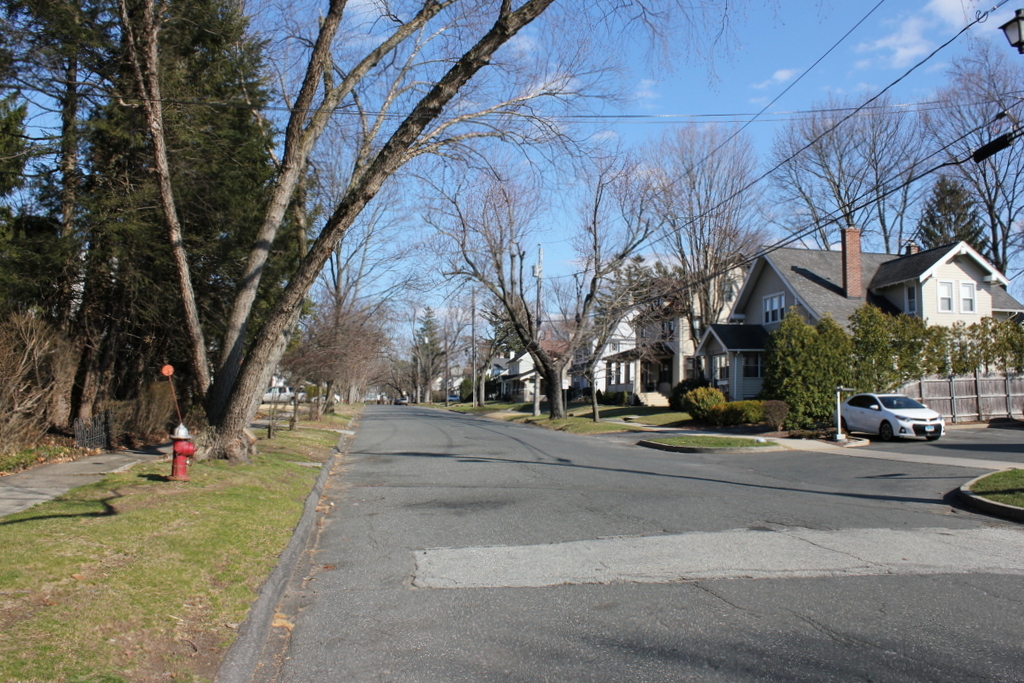 This street is a block north of Bliss Road, which is seen in the previous post. Like Bliss Road, Belleclaire Avenue was part of the rapid suburban development that was occurring in Longmeadow in the first two decades of the 20th century. Most of the homes here were built around 1915, with a variety of designs that reflect the popular Craftsman-style architecture of the era. Since the first photo was taken, little has changed here. A few houses, like the one on the far right, were added soon after, and the trees have grown up, but otherwise the street looks much the same as it did almost a century ago. 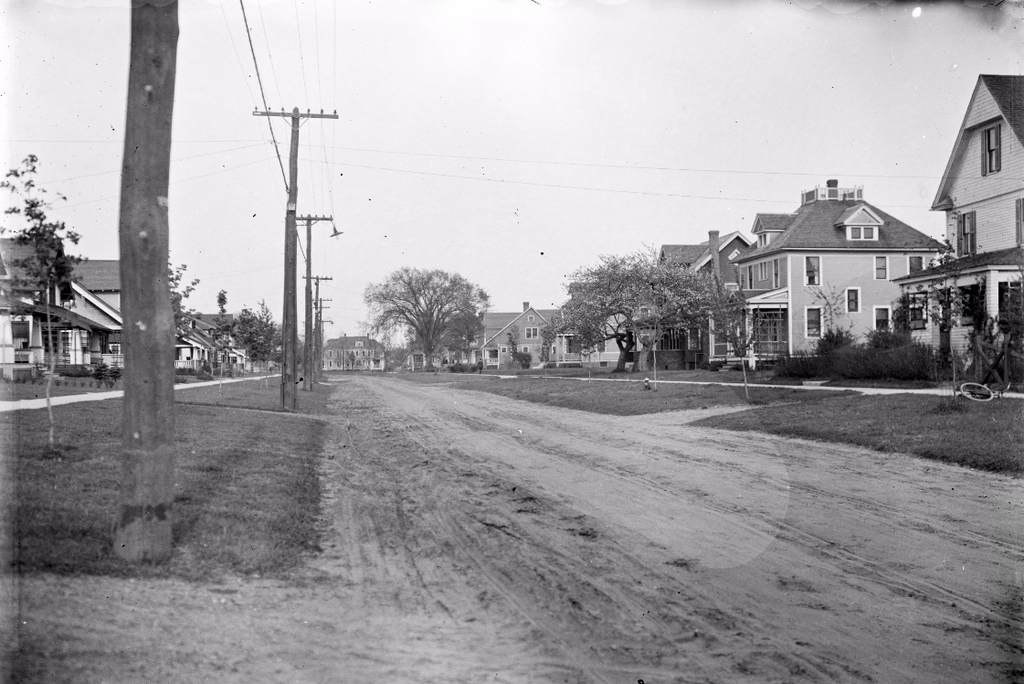 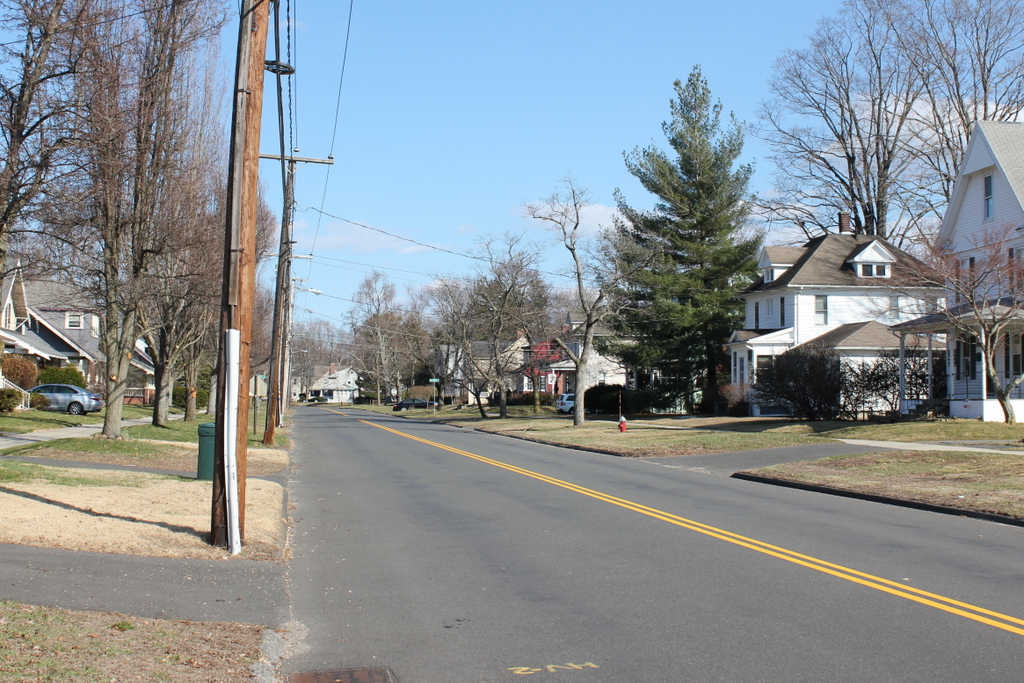