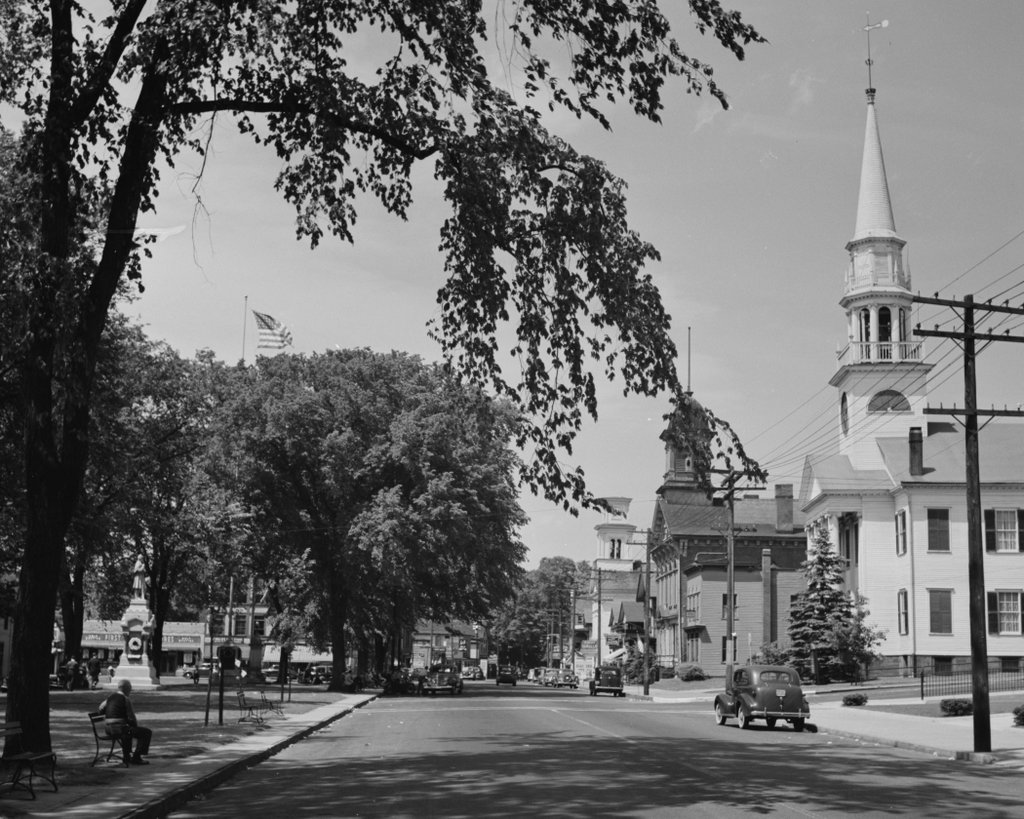 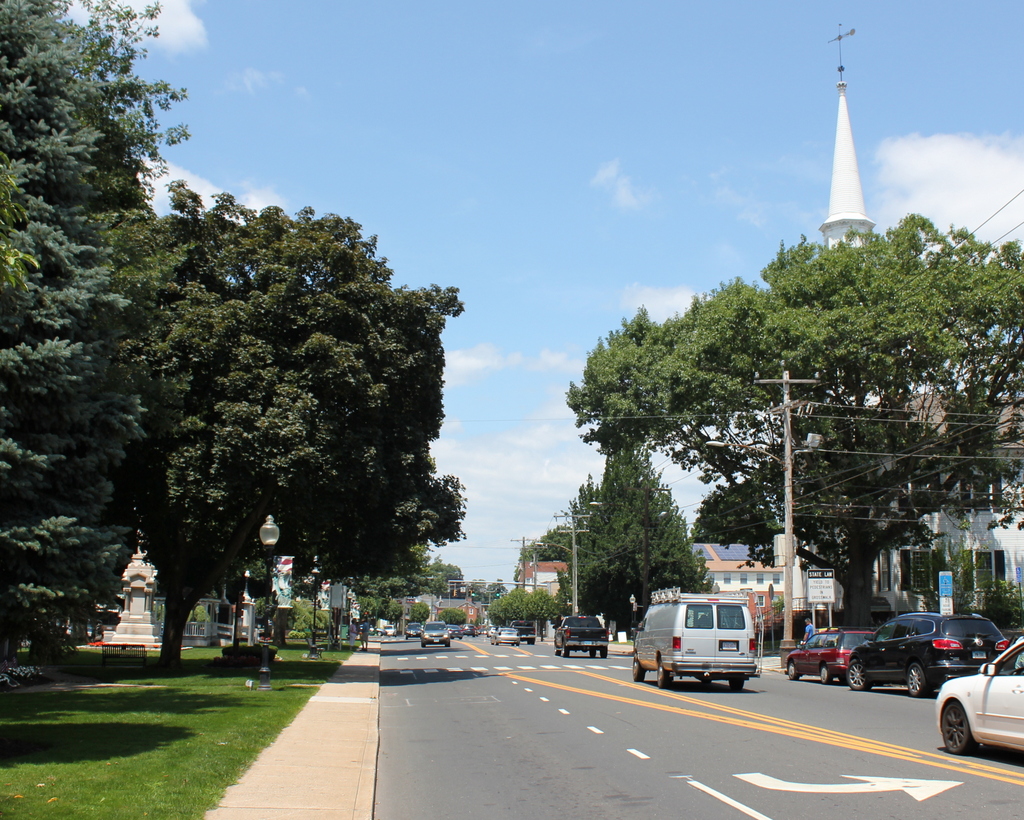 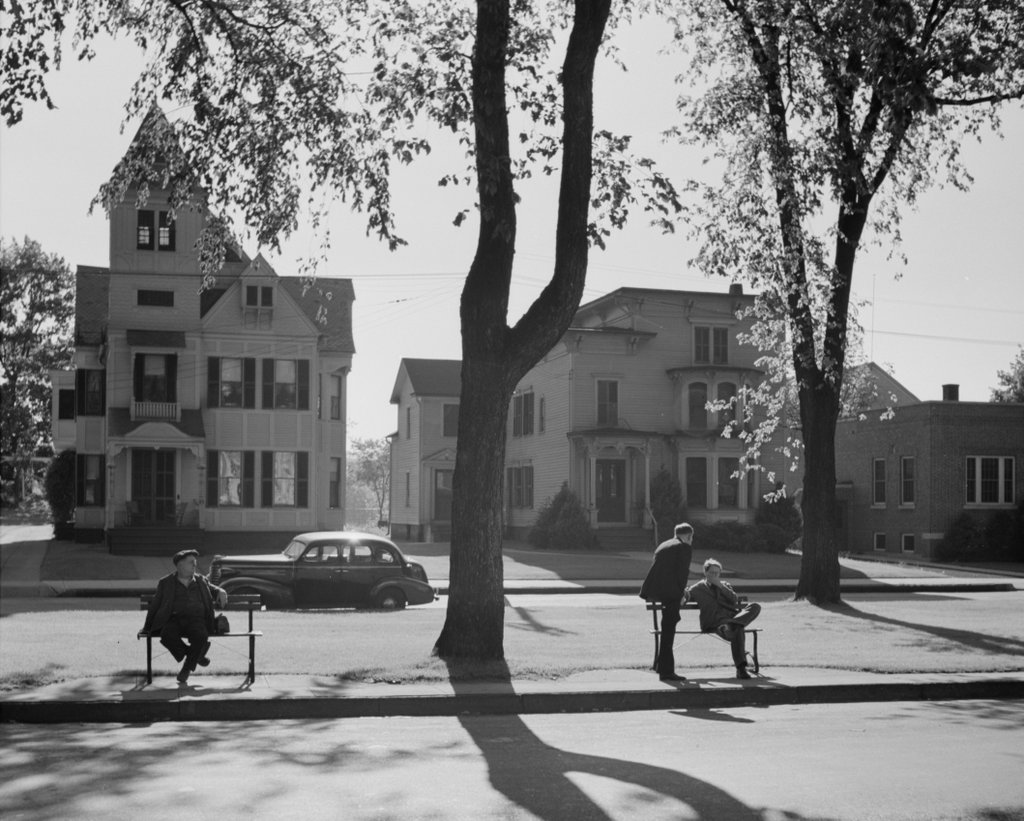 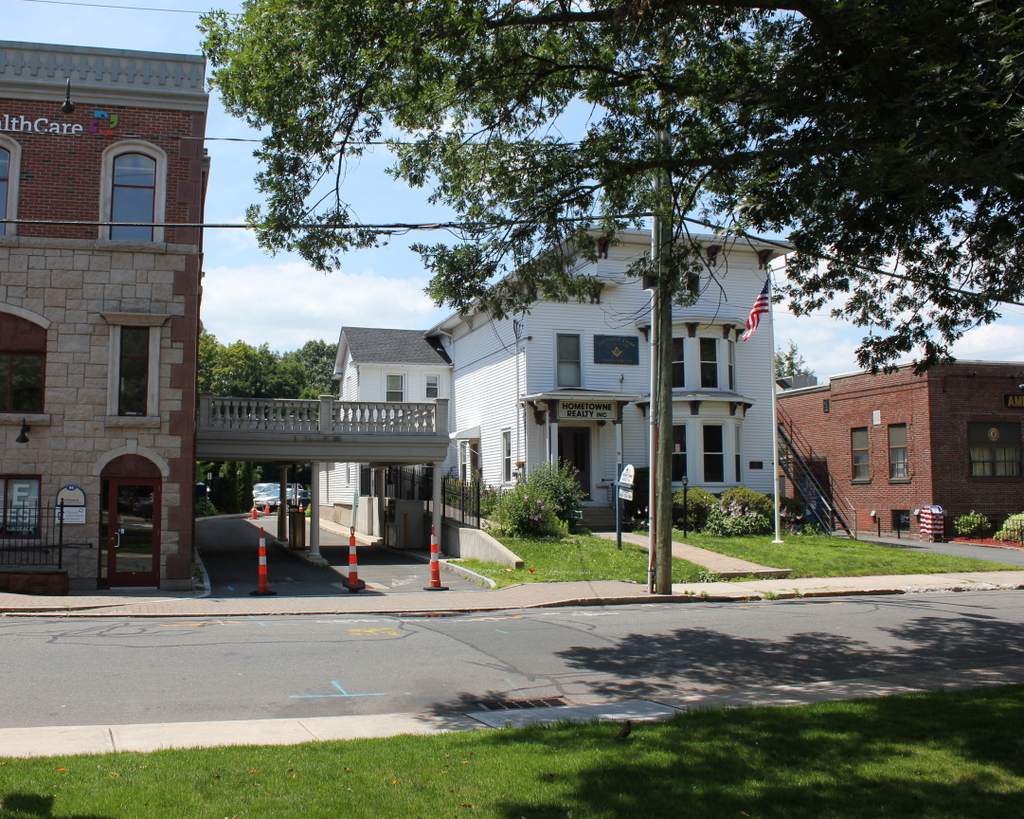 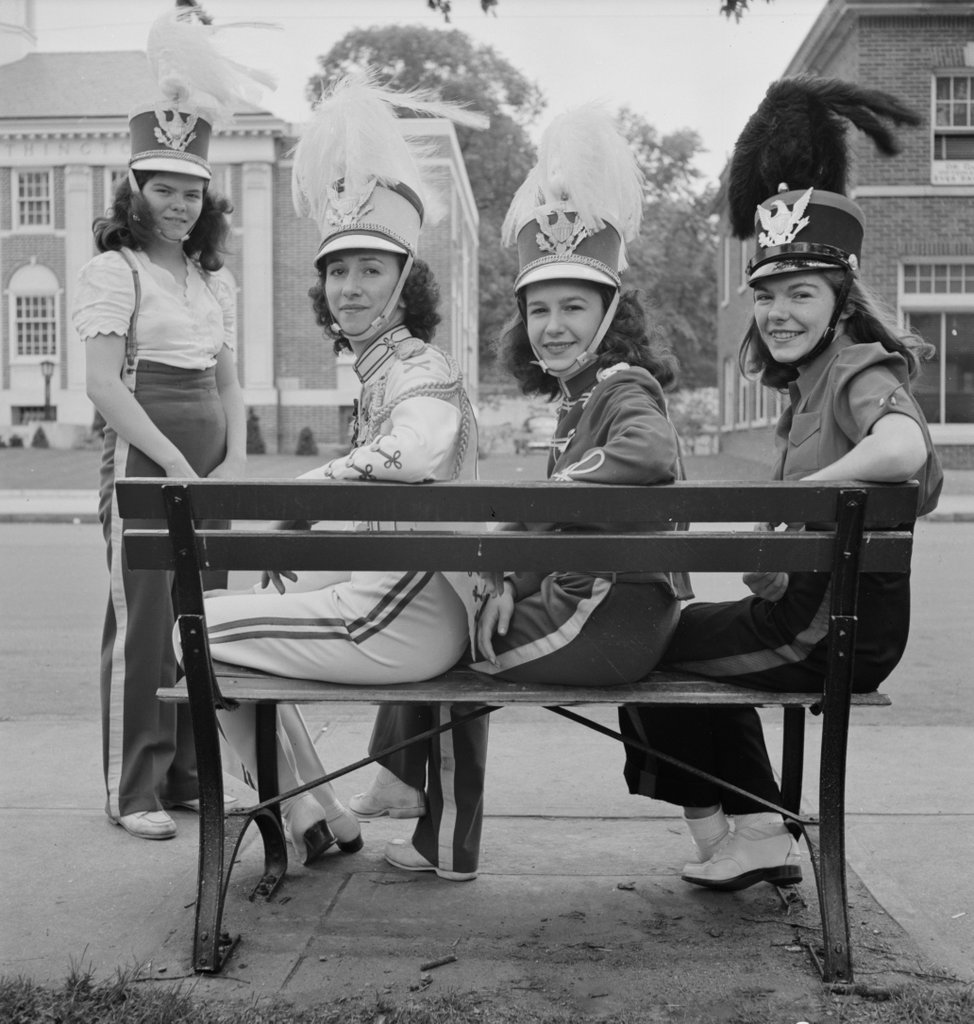 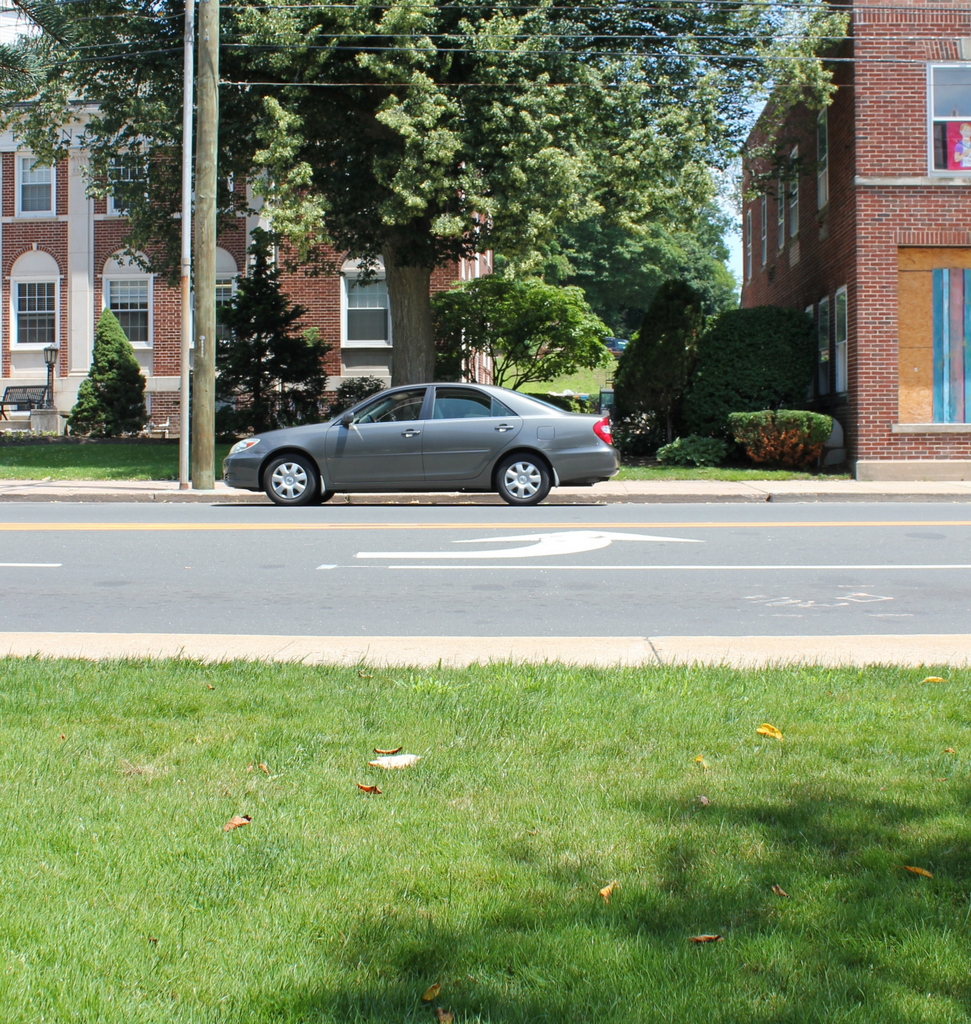 Members of a youth drum corps on the town green in Southington in May 1942. Image courtesy of the Library of Congress, FSA-OWI Collection. 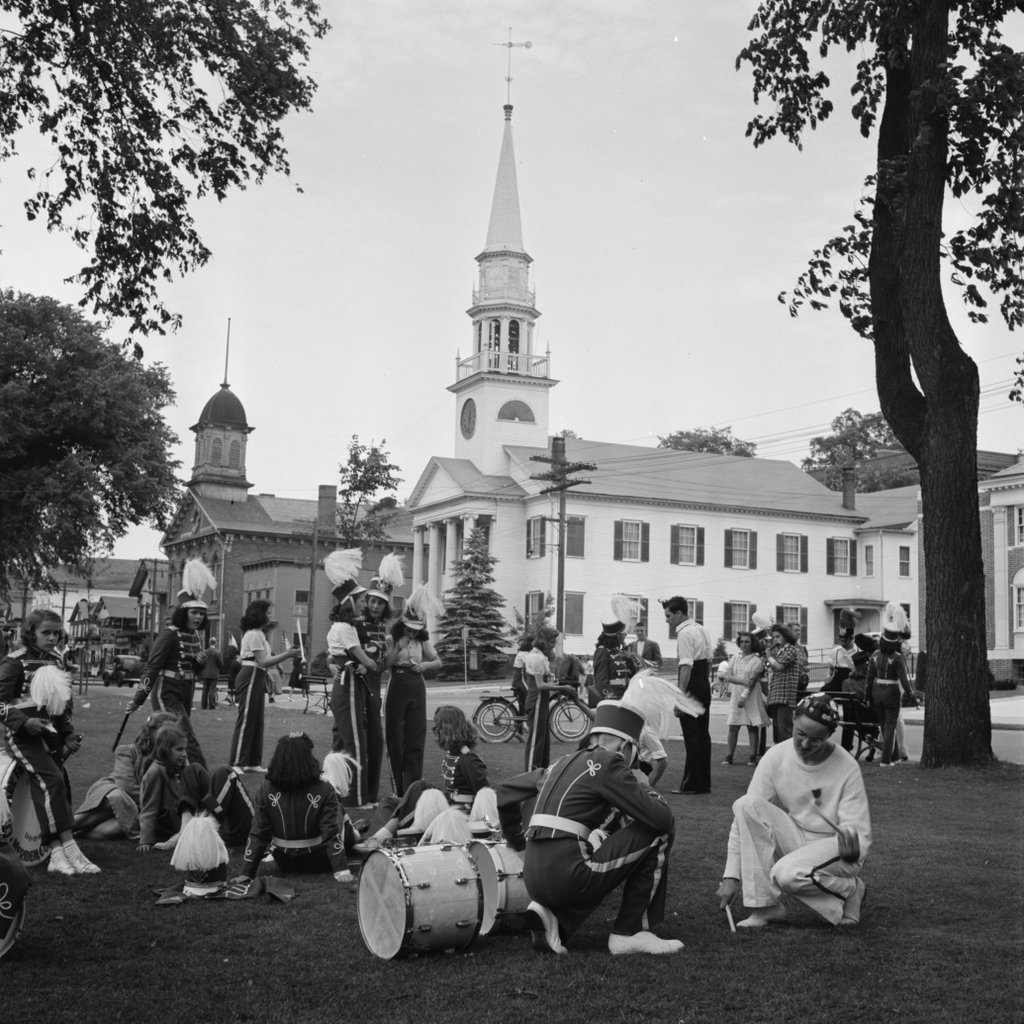 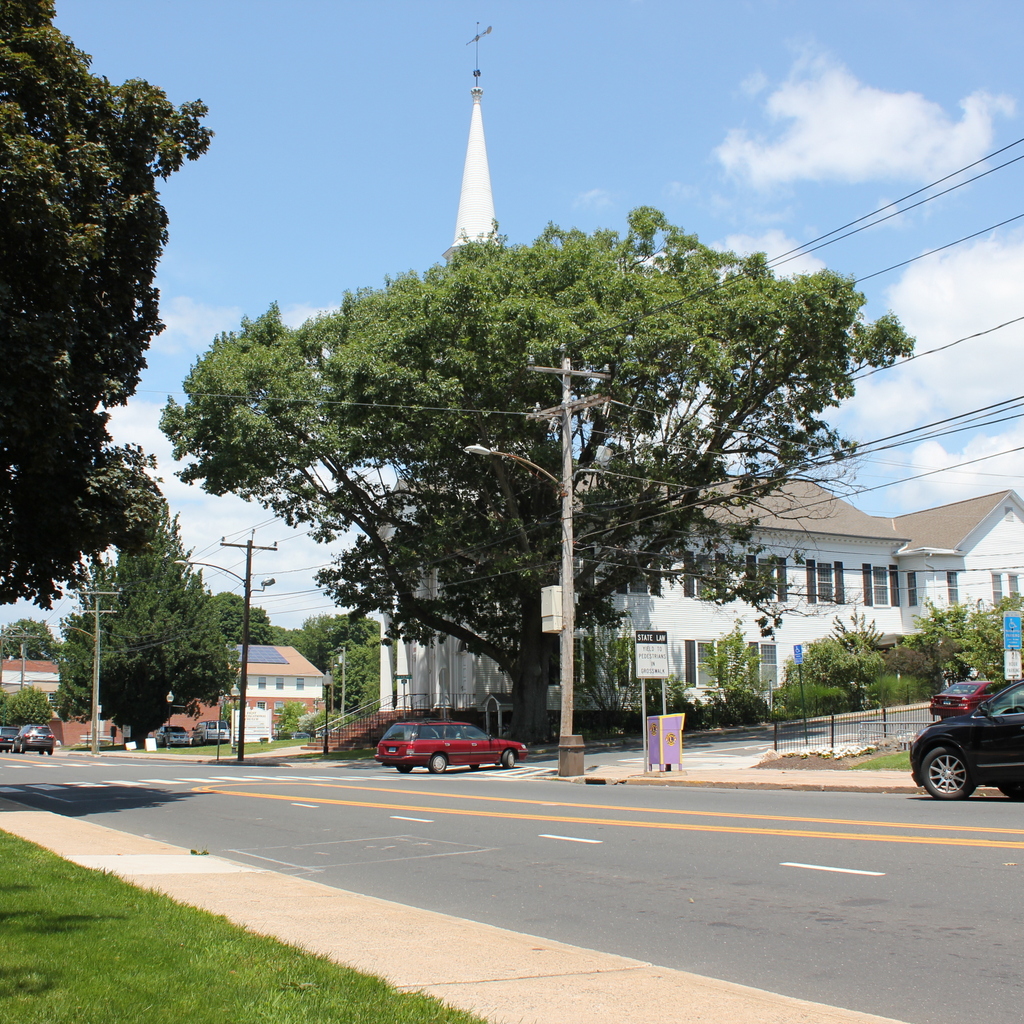 Very similar to the angle in this post, the 1942 photo here shows members of a fife and drum corps at the 1942 Memorial Day parade. They are probably in high school, and they may be some of the same people seen in this post.  Today, the church is still there, as is the Town Hall to the right, although it isn’t visible in the 2015 photo.  However, all of the buildings to the left of the church are gone and have been replaced by parking lots.  As mentioned in the previous post, the tree in front of the church was standing in 1942; it had been planted in 1935 and can barely be seen beyond the bicycle in the lower center of the first photo. 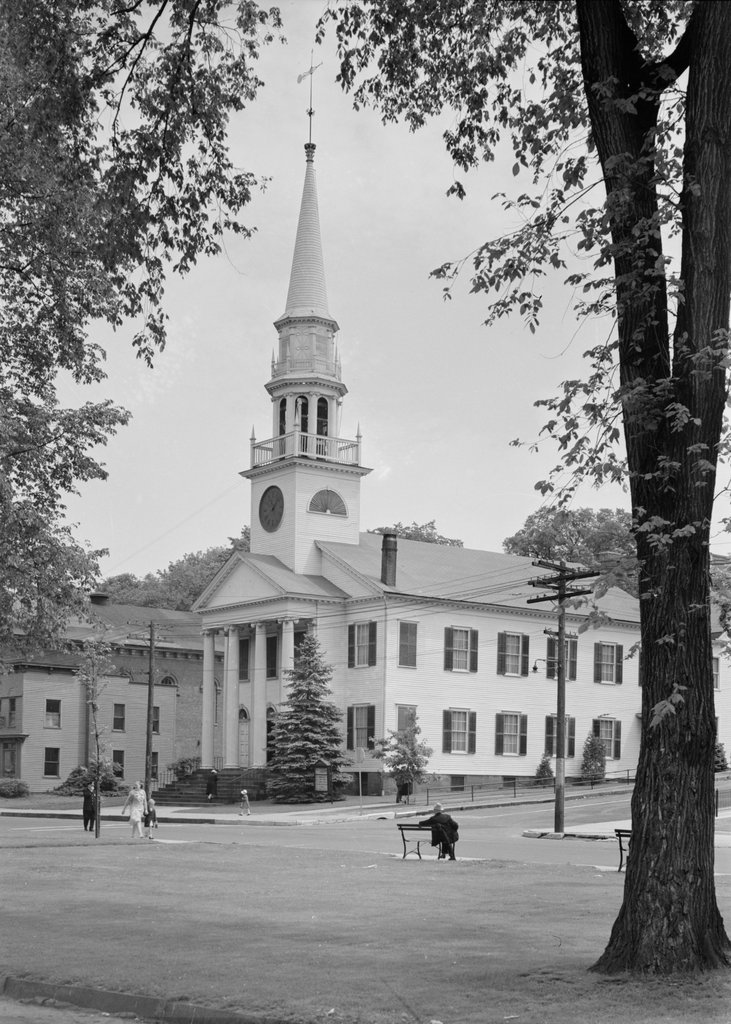 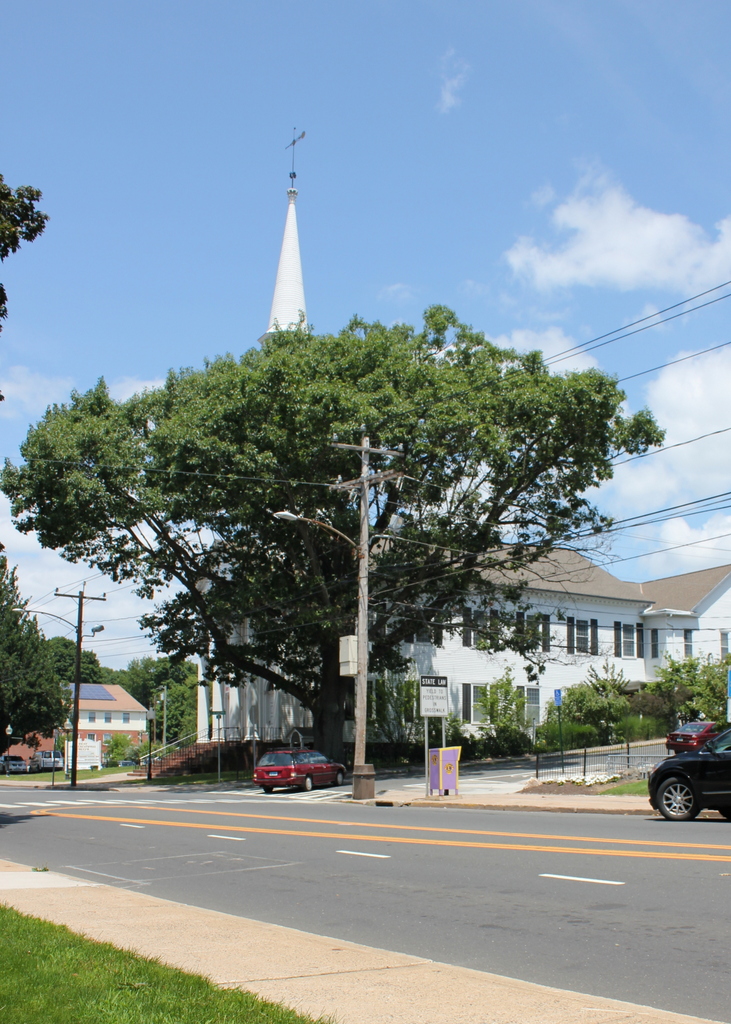 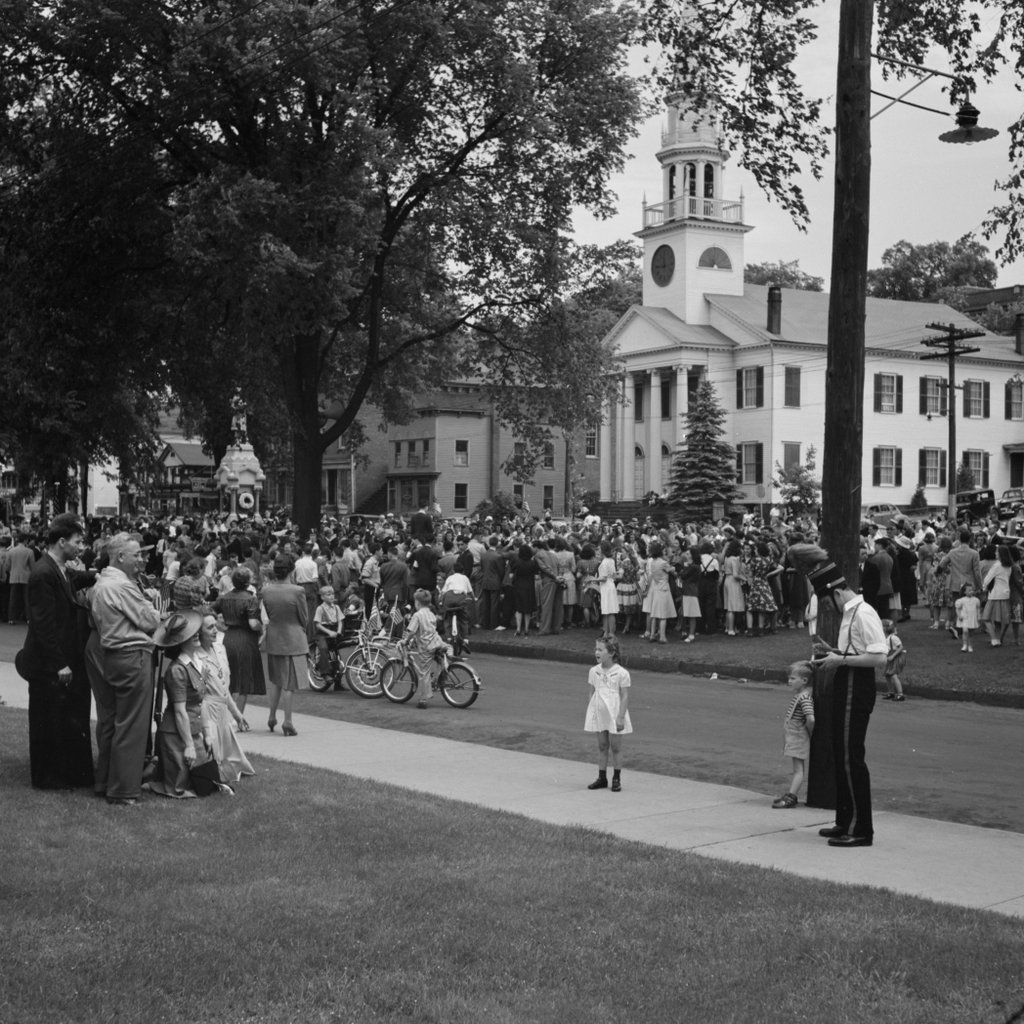 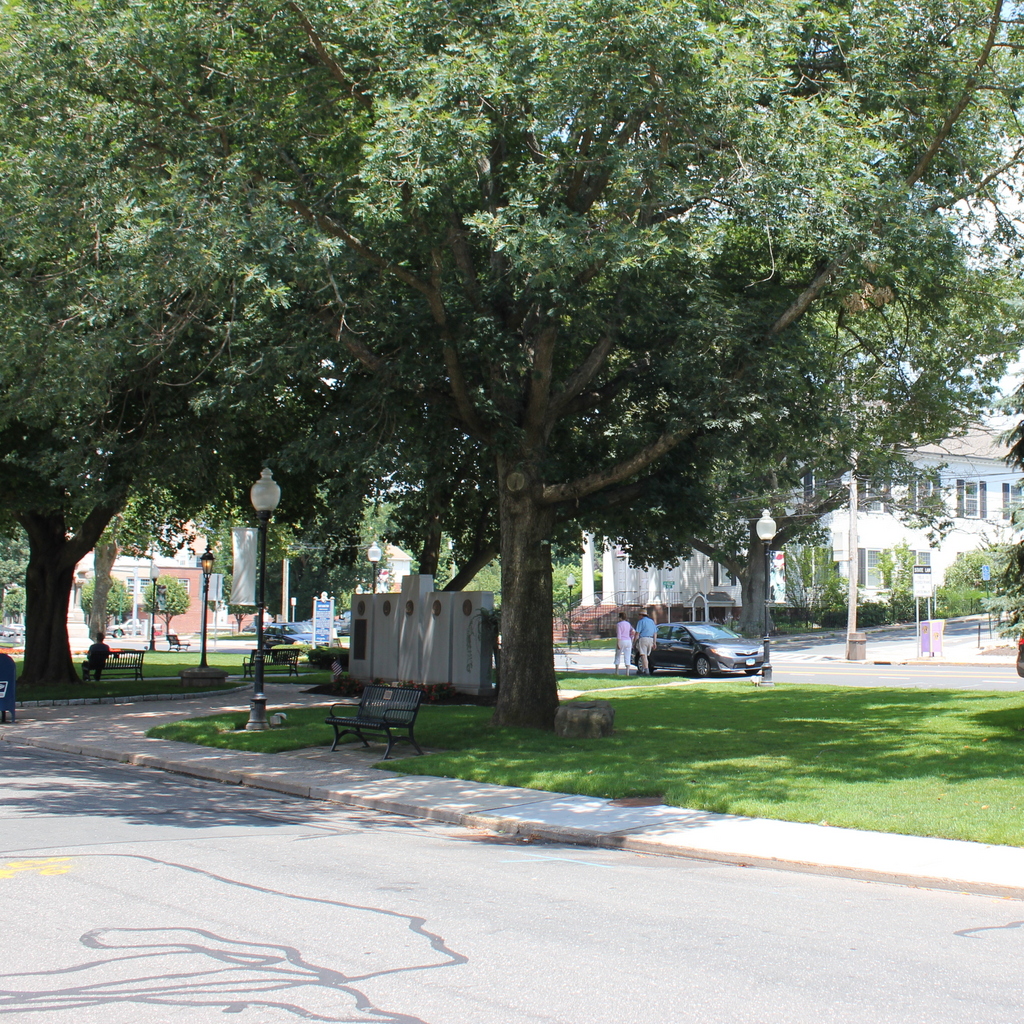