The Bellows Falls Stage House, at the northeast corner of Bridge Street and the Square in downtown Bellows Falls, around the 1840s or 1850s. Image courtesy of the Rockingham Free Public Library. 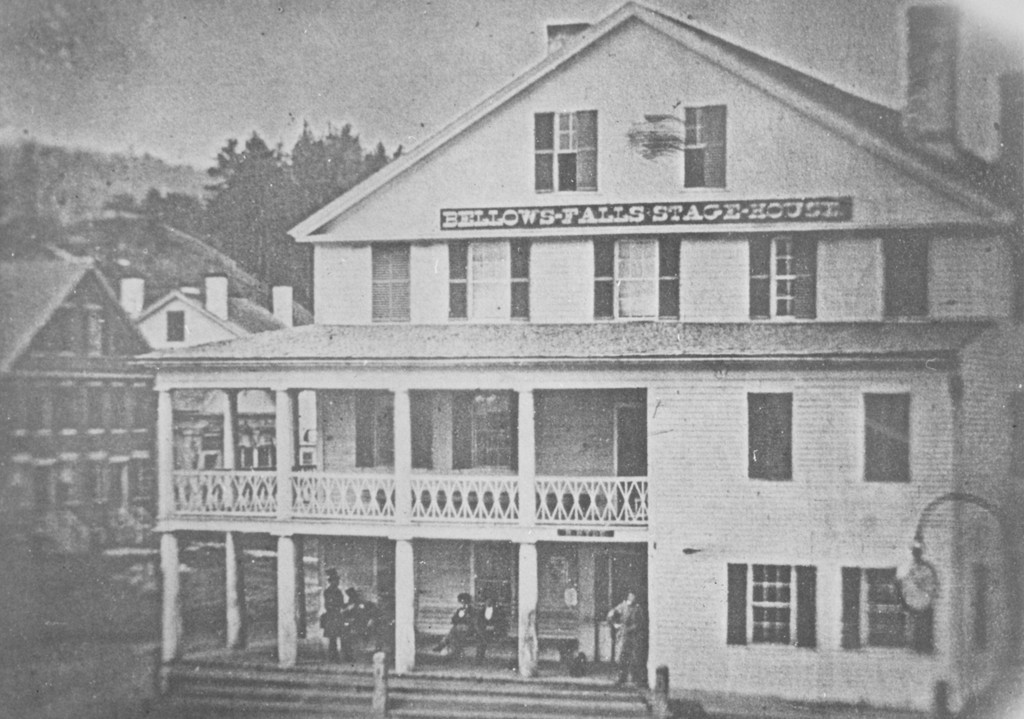 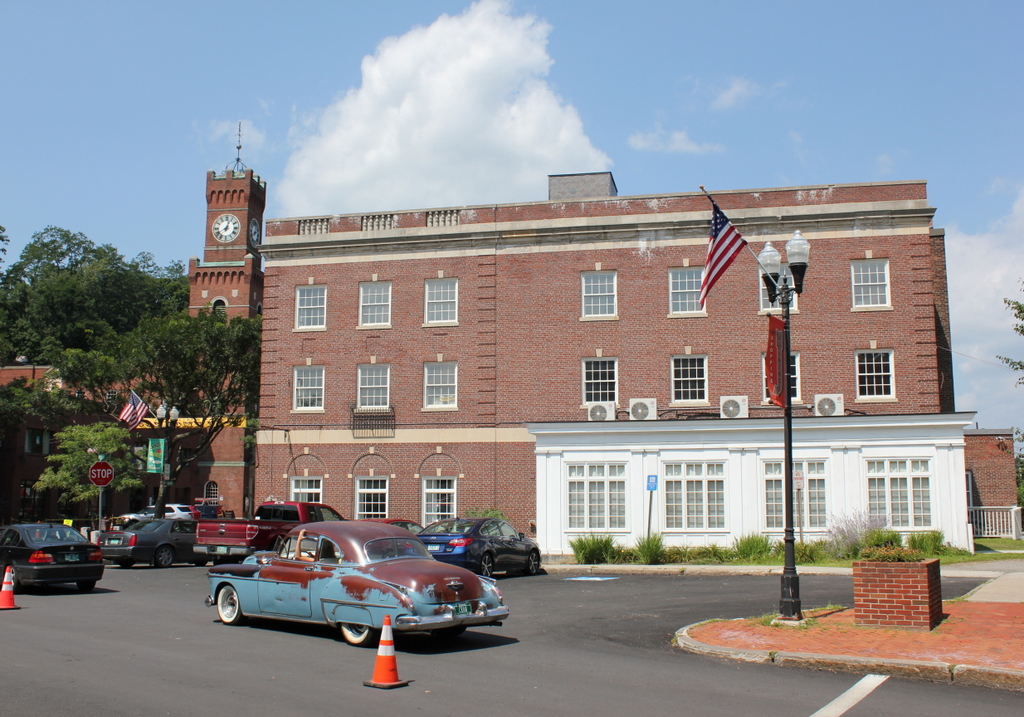 As discussed in a previous post, Bellows Falls was the site of the first bridge across the Connecticut River, at a spot just to the east of here, where the river passes through a narrow gorge. The bridge opened in 1785, and by the early 19th century the village occupied an important position along the major trade routes from Boston to Montreal and other points to the north. This led to several different hotels here in the center of the village, in order to serve the stagecoach traffic that passed through here.

Among these hotels was the Bellows Falls Stage House, shown here in the first photo at the corner of Bridge Street and the Square. It was constructed by Colonel Ethan B. Webb and Solomon Snow in 1816, and it was known as Webb’s Hotel. However, they sold it just four years later to John Robertson, and it became Robertson’s Hotel. It would see several more name and ownership changes in the first half of the 19th century, but it was most commonly known as the Stage House, because of its popularity as a stop on the stagecoach routes.

The hotel originally had two stories, but a third story was added in 1834 after Colonel Russell Hyde purchased the property. According to the 1907 book History of the Town of Rockingham, Vermont, the first photo was taken around this time, but this is highly improbably, since daguerreotypes were not even invented until 1839. In all likelihood, it was probably taken sometime around the late 1840s or early 1850s. The same book also names the people who are sitting on the front porch in the photo, as identified by Colonel Hyde’s daughter. These identifications probably came many years after the photo was taken, and may or may not be accurate, but according to the book they are, from left to right, “Hon. William Henry, Judge Horace Baxter, William ‘Fred’ Hall, Col. N. T. Sheafe and the boy ‘Jimmie’ Mead.

The last owner of the Stage House was Charles Towns, who purchased it in July 1859. He did not have it for very long, though, because it was destroyed in a fire on March 14, 1860. It began in a nearby drugstore, and it spread throughout much of the village center, burning a print shop, the post office, a lawyer’s office, and several stores, along with the hotel and its stables. It caused an estimated $40,000 in damage, about $1.1 million today, but there was evidently no loss of life in the fire.

Charles Towns later built a new, much larger hotel on this site. Originally known as the Towns Hotel, and later the Hotel Windham, it opened in 1873. However, it also suffered from a series of fires, burning in 1899, 1912, and 1932. After the last fire, the ruins were completely demolished. A new Hotel Windham was completed here in 1933, and it still stands here today. Although no longer in use as a hotel, it remains an important commercial block in the center of the village, and it is a contributing property in the Bellows Falls Downtown Historic District, which was added to the National Register of Historic Places in 1982. 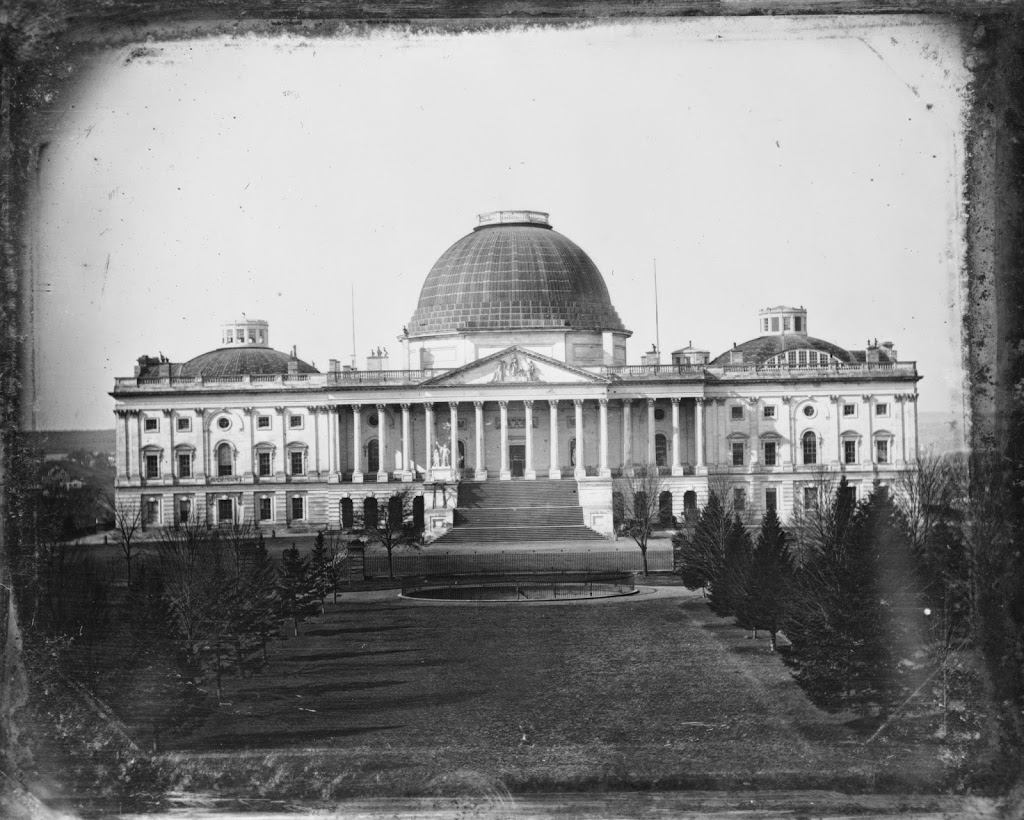 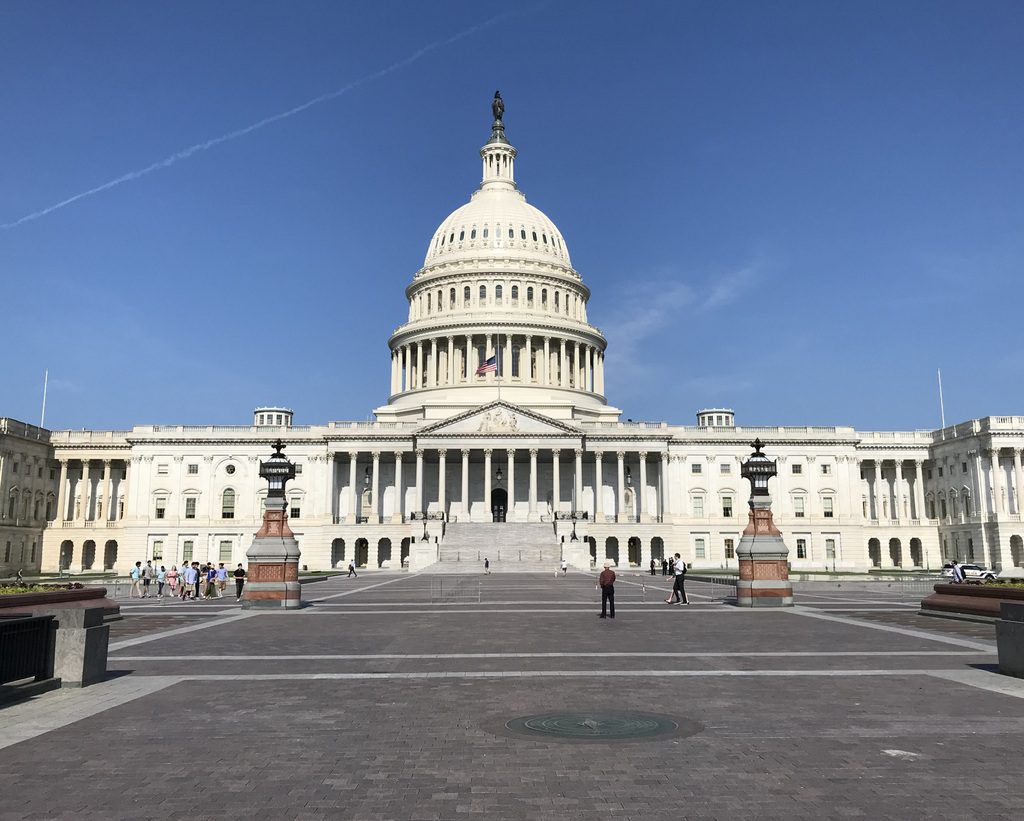