Half of a panoramic view of Huntington Avenue Grounds in Boston, in 1903. The other half can be found here. Image courtesy of the Library of Congress. 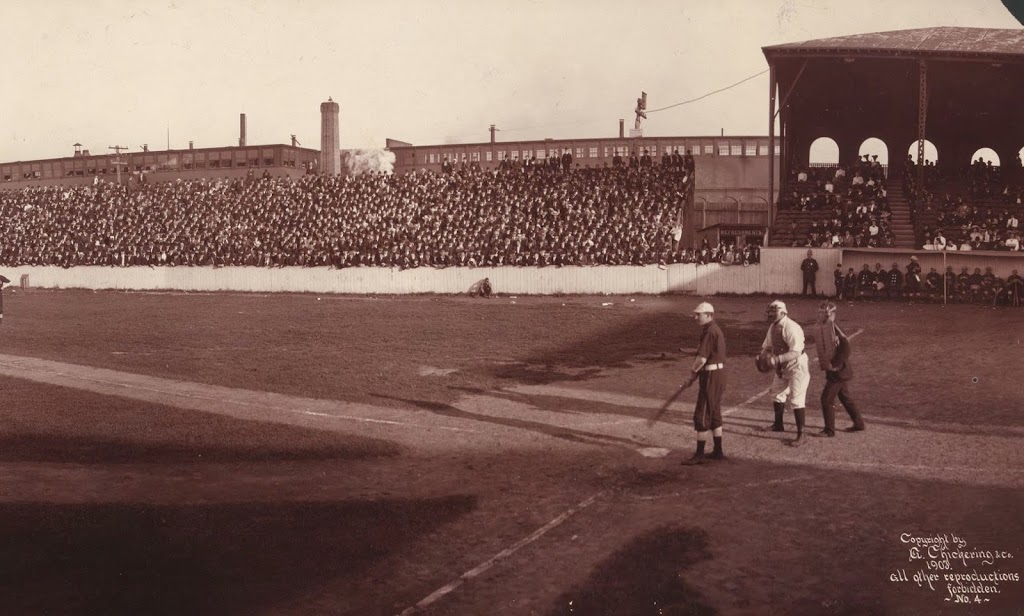 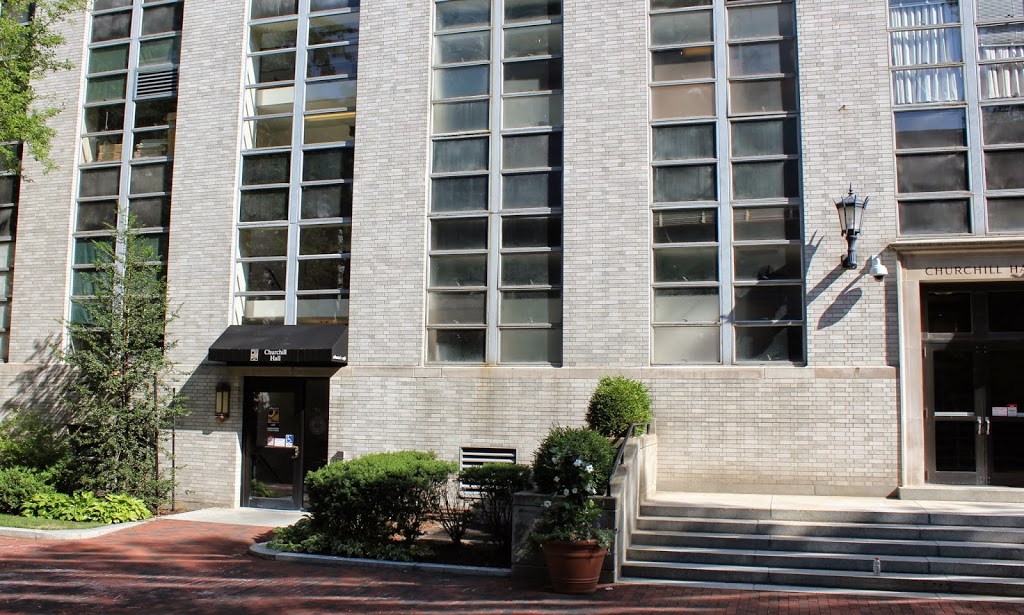 The photo at the top is the other half of the panorama from this post, and it shows the home plate area of Huntington Avenue Grounds, the original home field of the Boston Red Sox.  However, when the first photo was taken during a game against the Chicago White Sox on September 22, 1903, they weren’t the Red Sox; they were the Boston Americans, and in their third year of existence they had already clinched the pennant and were soon to face (and defeat) the Pittsburgh Pirates in the first World Series.

According to the research conducted by the writer of the Baseball Researcher blog, the batter in this scene is Nixey Callahan, Chicago’s manager and third baseman.  Behind him is Boston catcher Duke Farrell, a journeyman catcher who had been playing in the majors since 1888, and was now playing in his fourth major league.  He only played in 17 games in 1903, and was likely starting in order to allow the regular catcher, Lou Criger, to rest now that the pennant race was no longer in doubt.  Behind Farrell is the umpire, Frank O’Laughlin; he would go on to umpire in the American League until 1918, when he died from the Spanish Flu that spread across the world that fall.

Today, no distinguishing features from the 1903 photo remain today, and Northeastern University is now located on the site of the former field, where the team played until after the 1911 season.  The actual location of home plate is now located underneath Churchill Hall, the building seen in the 2014 photo. 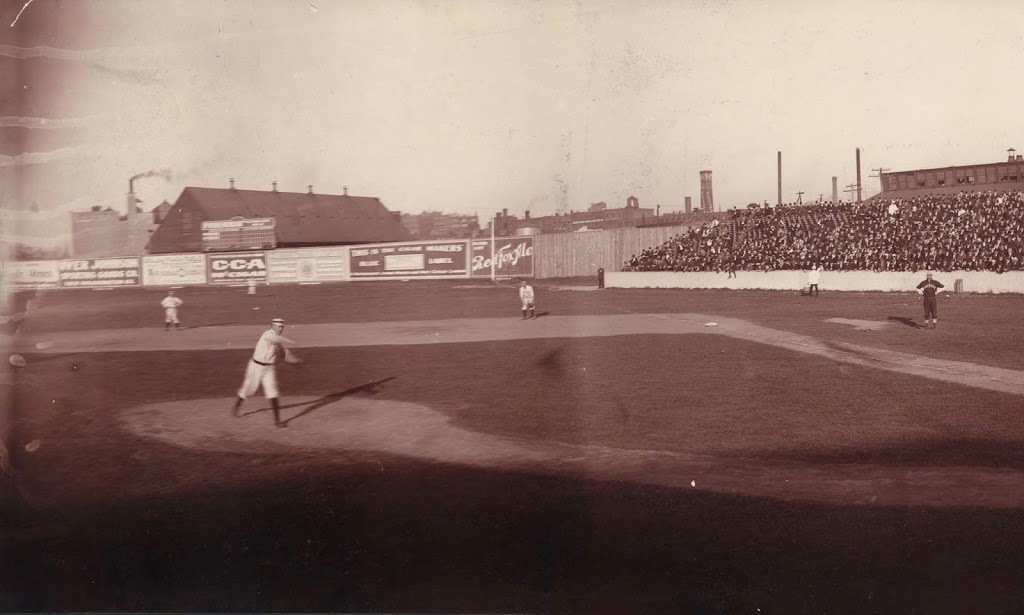 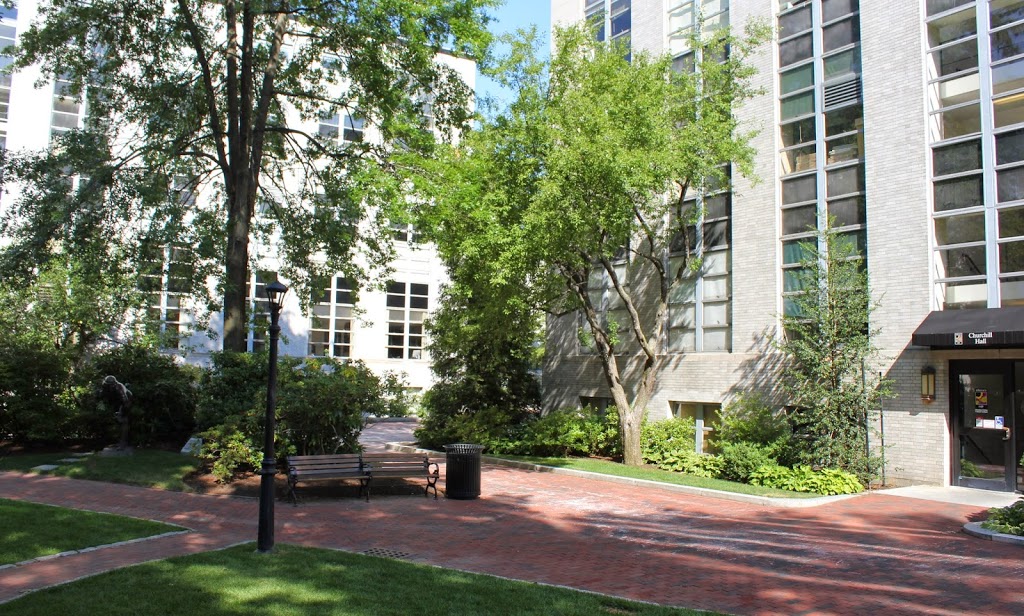 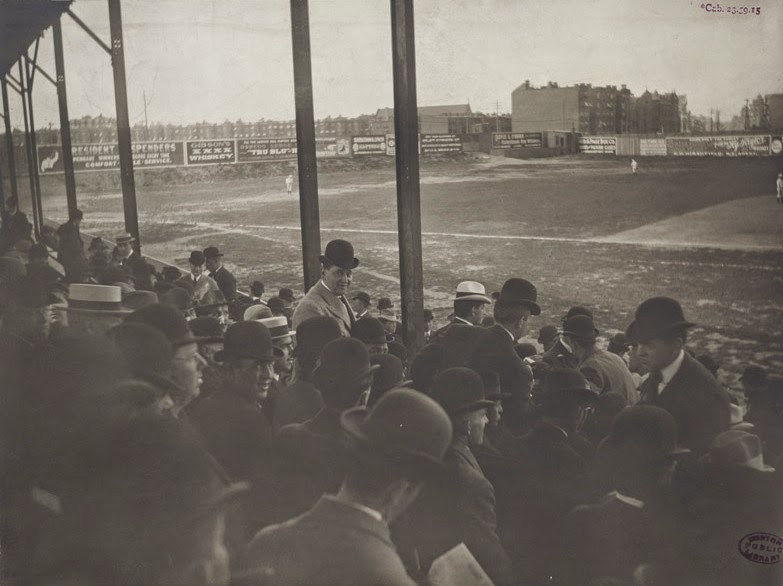 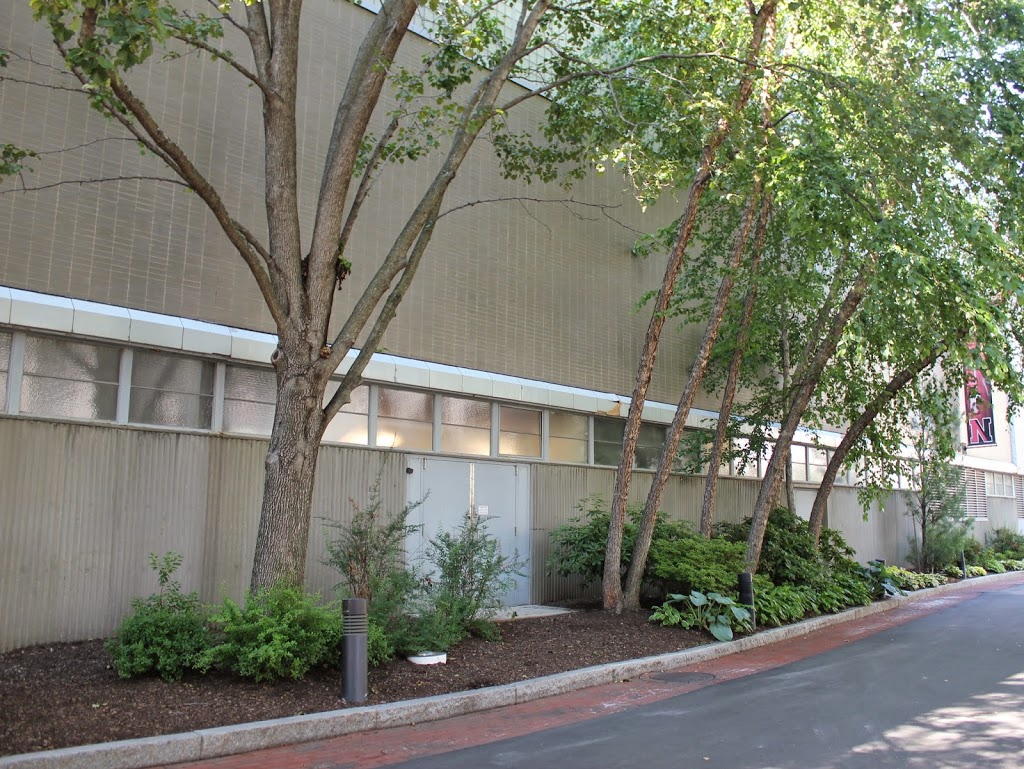 The first photo shows the stands along the third base line at Hunting Avenue Grounds and its expansive outfield. The field measured 350 feet down the left field line, and at the time of the 1903 photo center field measured an almost unheard-of 530 feet, which was later expanded to 635 feet in 1908. Beyond center field is the apartment block that is visible in the photos on this post, although none of the buildings are visible from this spot today, and there is no evidence here that a ballpark ever existed. The building that dominates the foreground here is the Cabot Center, an athletic facility on the campus of Northeastern University.

The groundbreaking ceremonies on March 12, 1901 for what would become the Huntington Avenue Grounds, the first home of the Boston Red Sox. Photo courtesy of Boston Public Library. 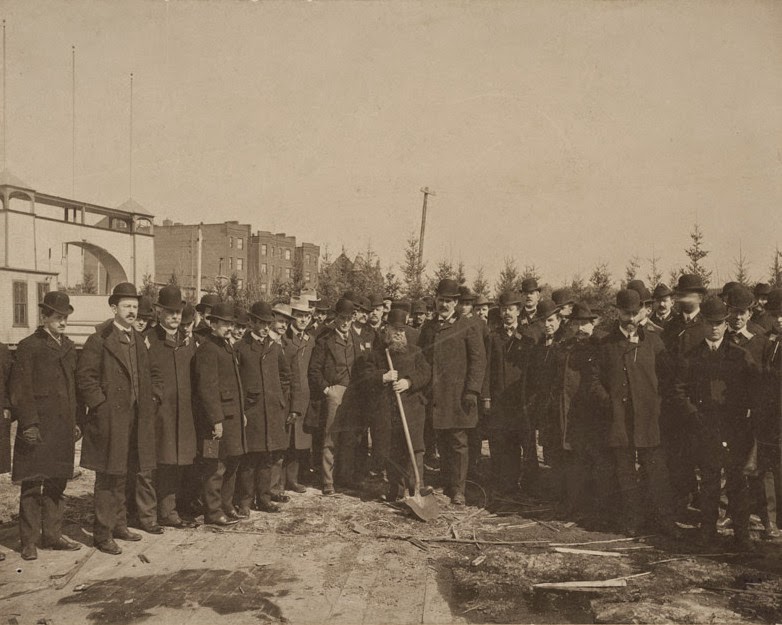 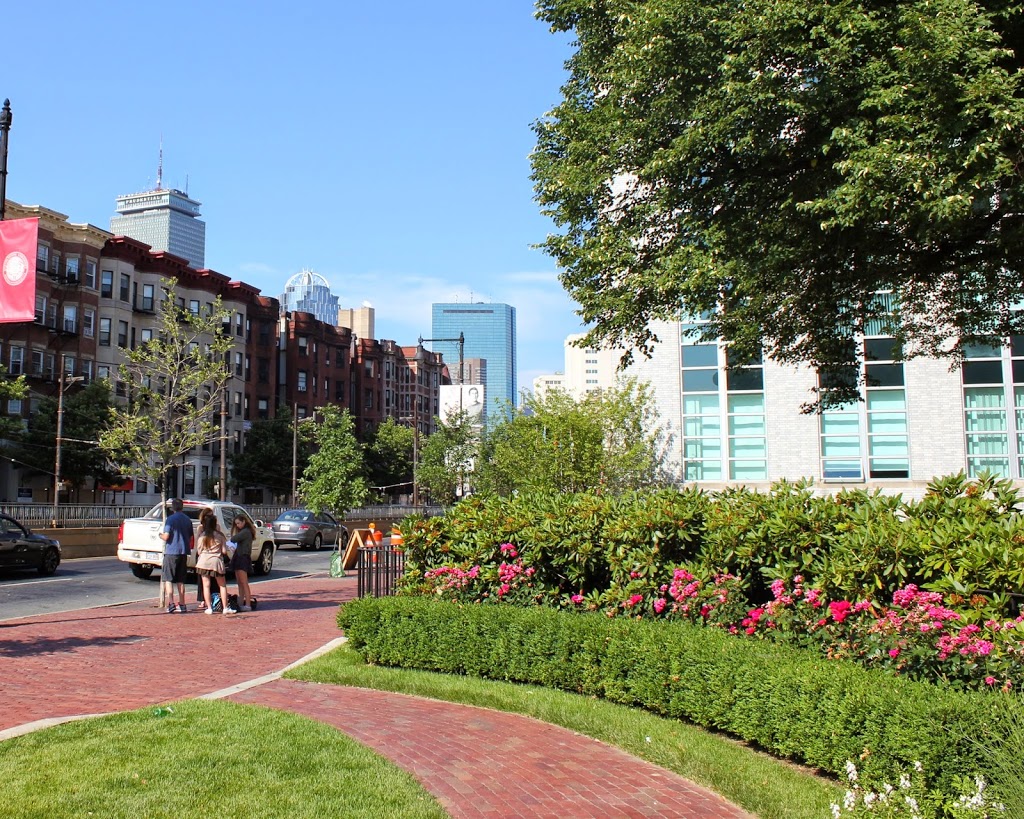 Today, the Boston Red Sox are without a doubt the most popular baseball team in New England, but in 1901 they were merely another upstart team attempting to challenge the well-established Boston Beaneaters. The American League itself wasn’t officially established until January, but after that things started to happen fast.  The team leased land along Huntington Avenue, right across the railroad tracks from the South End Grounds where the Beaneaters played.  Then, on March 12, presumably with the ground just beginning to thaw, the official groundbreaking ceremony occurred and construction began, less than two months before the May 8 home opener.

The field, which became known simply as the Huntington Avenue Grounds, was home to the Red Sox (a name they officially adopted in 1908 – before that they wore blue stockings) for 11 seasons, before the construction of Fenway Park not too far away.  Today, the site is part of the Northeastern University campus, but there is at least one structure visible in both photos – the brick apartment building in the background on the left-hand side of the 1901 photo is still there today, with newer buildings on either side of it. 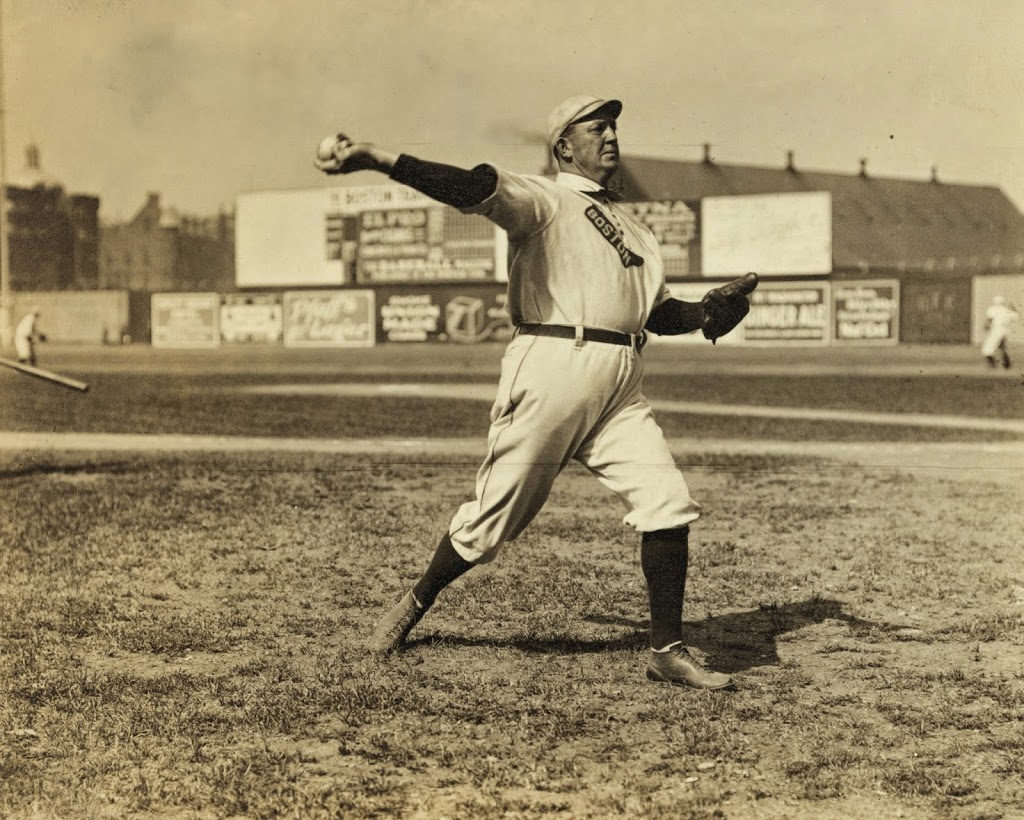 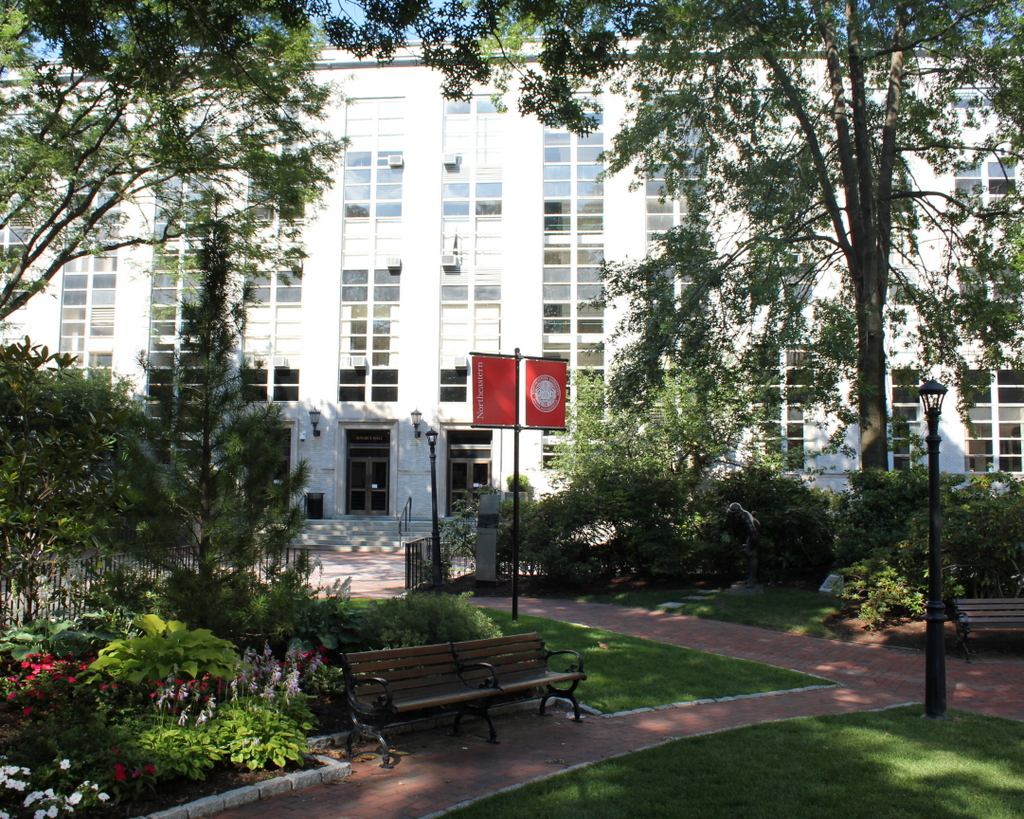