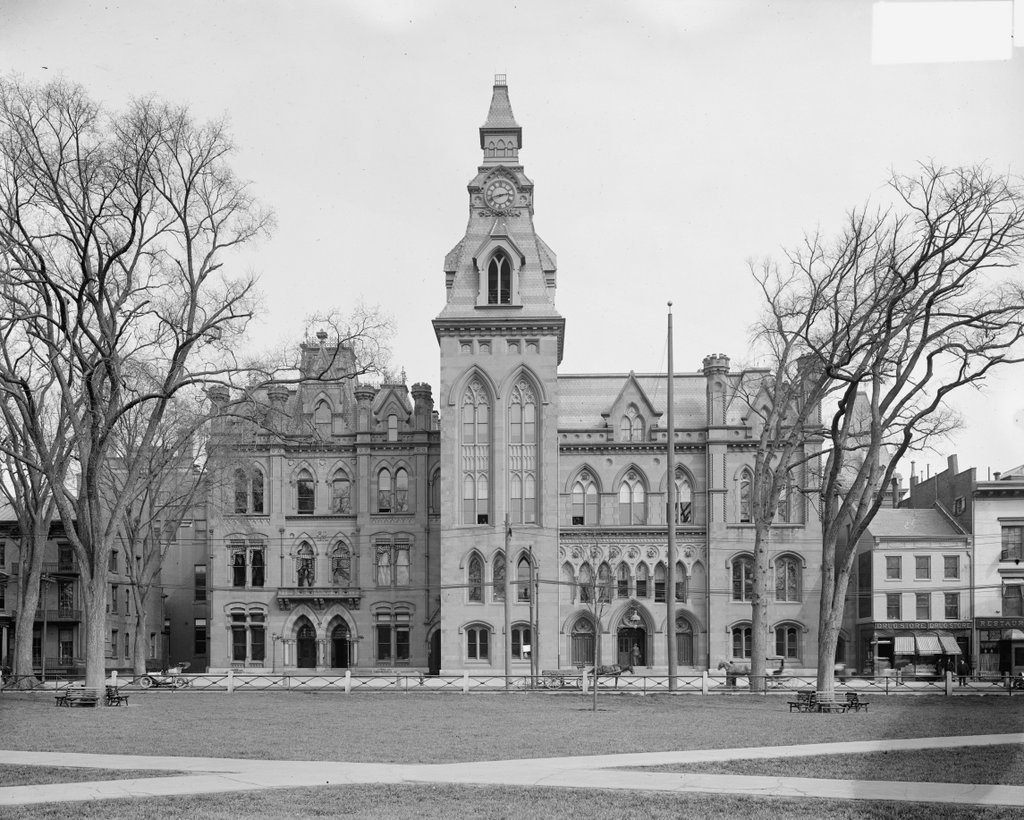 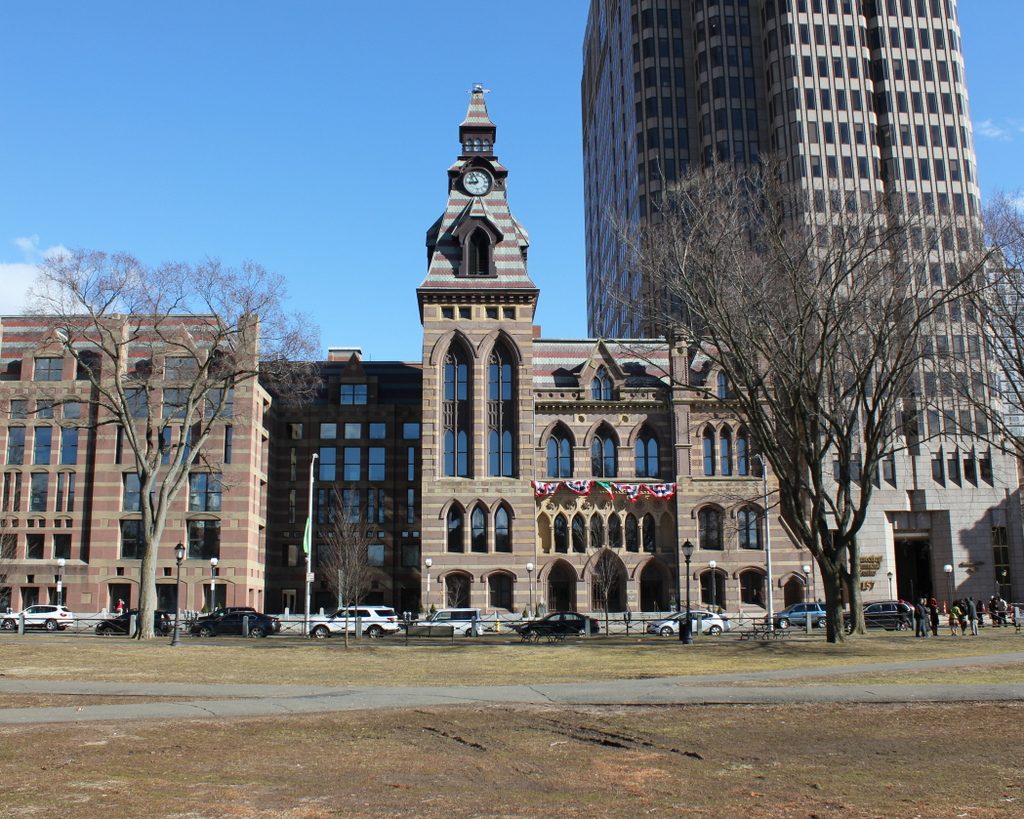 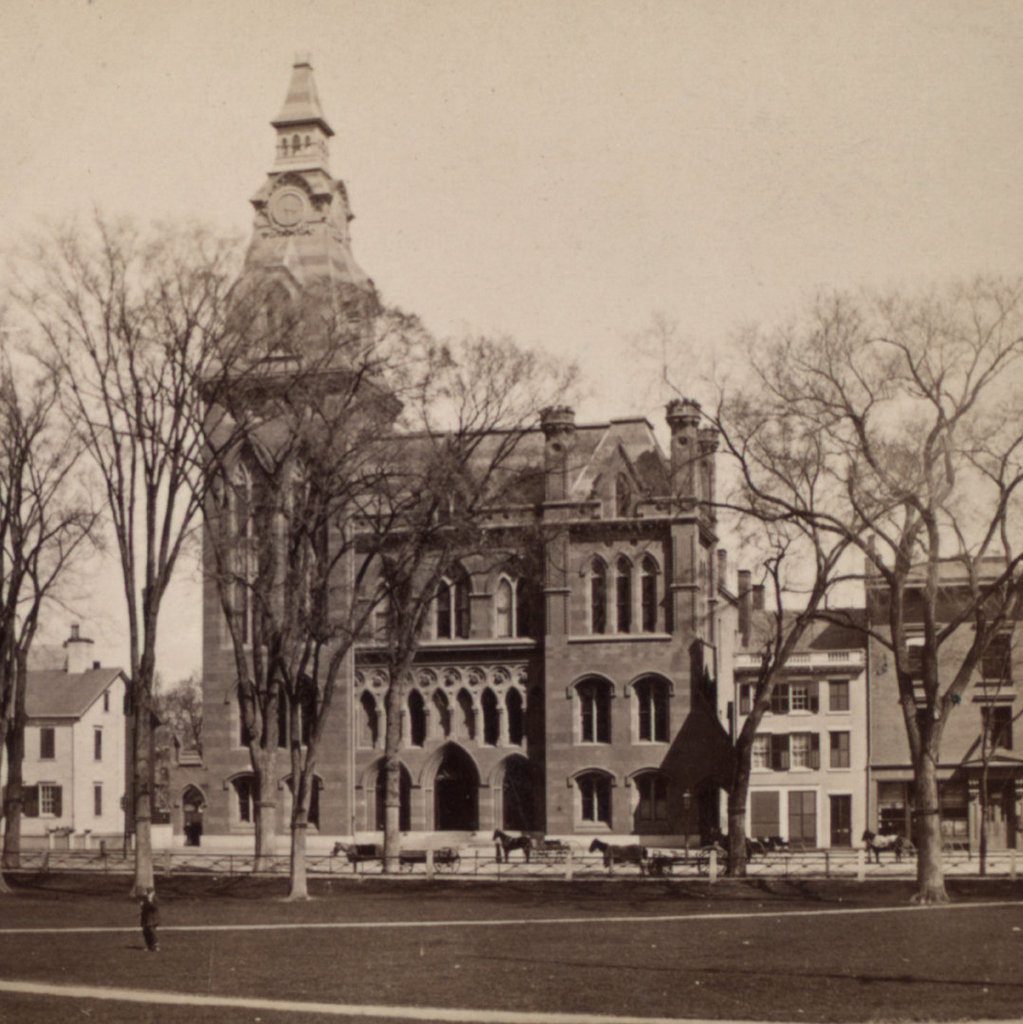 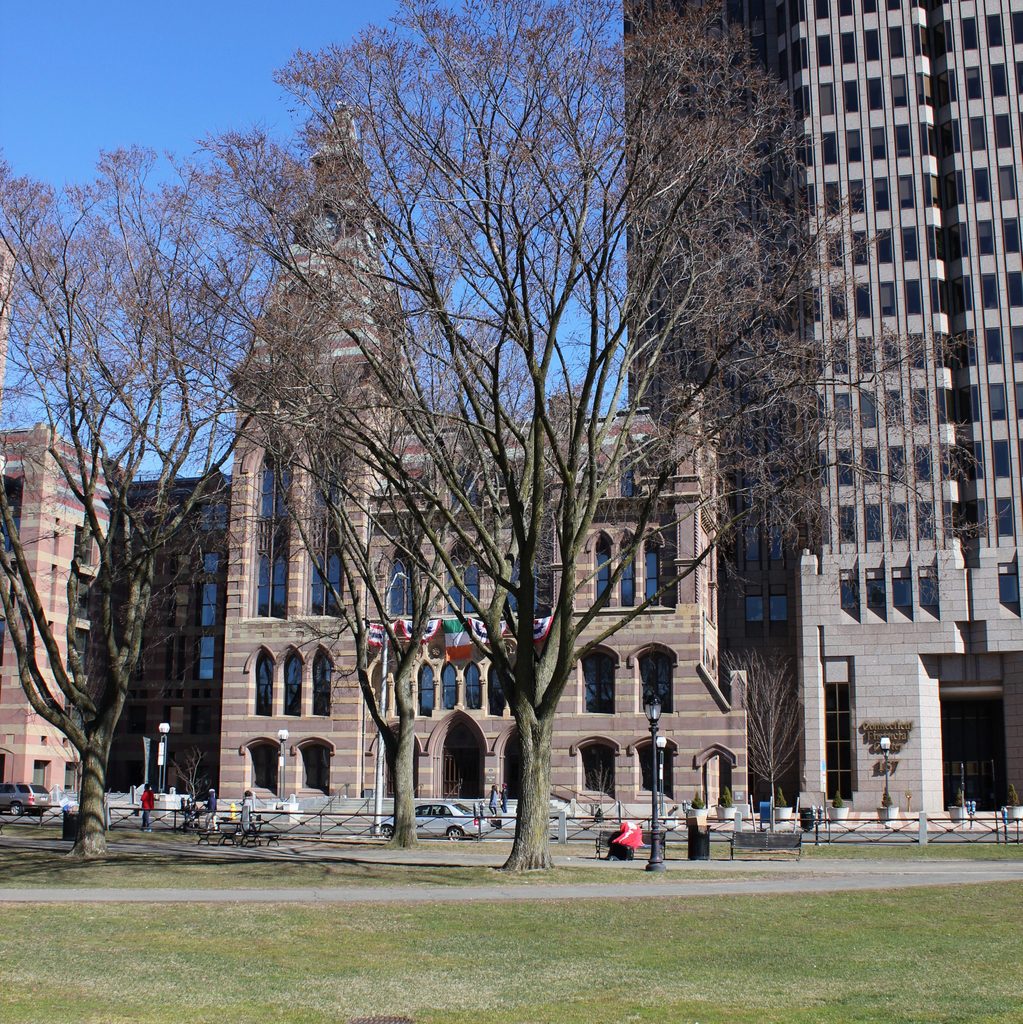 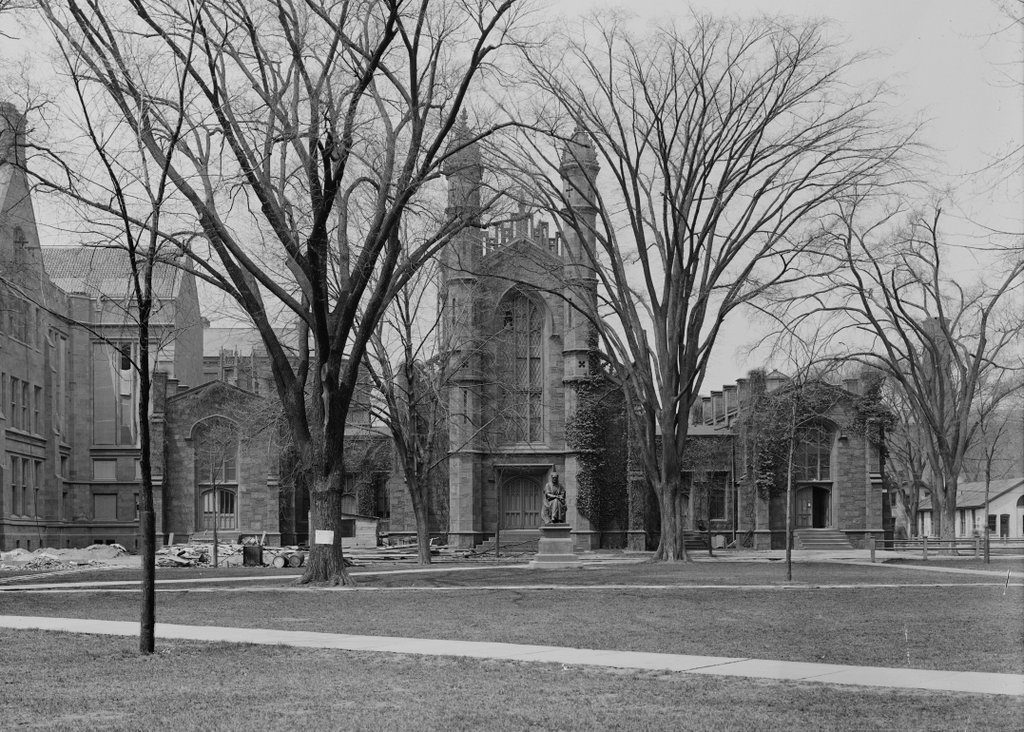 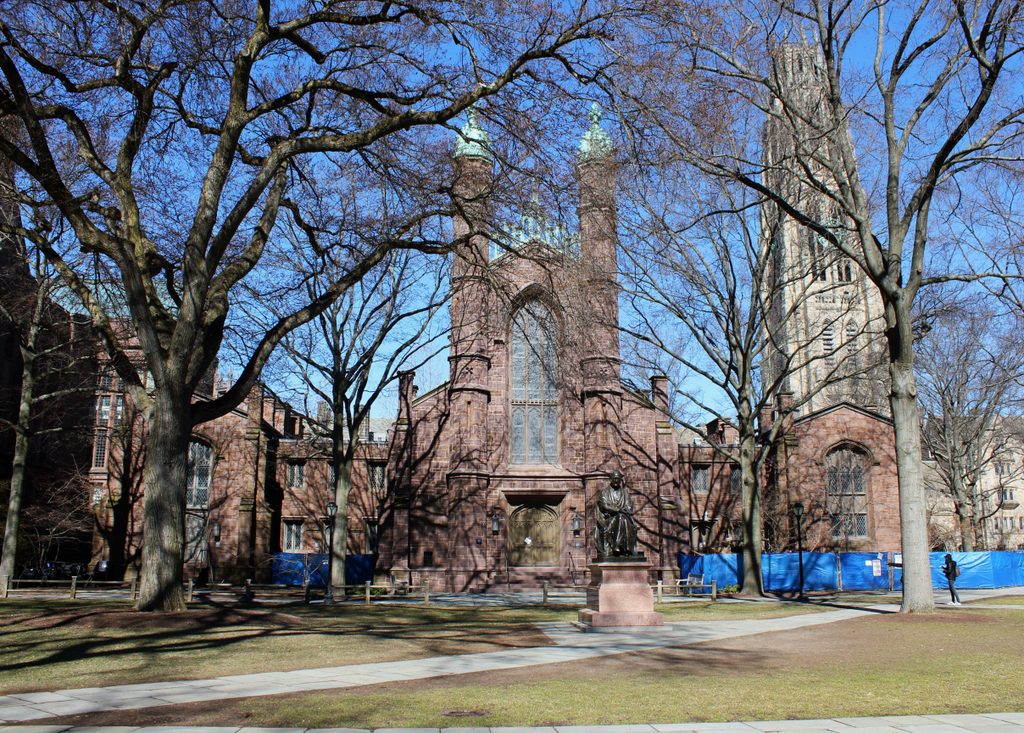 The library building, which was later named Dwight Hall after former presidents Timothy Dwight IV and Timothy Dwight V, was constructed between 1842 and 1846. It was the work of noted New Haven architect Henry Austin, and it was among the first major commissions of his career. Prior to its construction, the library had been located in several different Old Brick Row buildings, including the Atheneum from 1763 to 1804, the Lyceum from 1804 to 1824, and then in the Second Chapel starting in 1824. However, this building was the first building on campus to be built specifically as a library, and its design was intended, at least in part, to protect the school’s rare books and archival materials from fire. Its location, far from the Old Brick Row, would have kept it safe in the event of a fire in the older buildings, and the library itself was built to be as fireproof as possible, with features such as a brownstone exterior, tin roof, and internal firewalls. 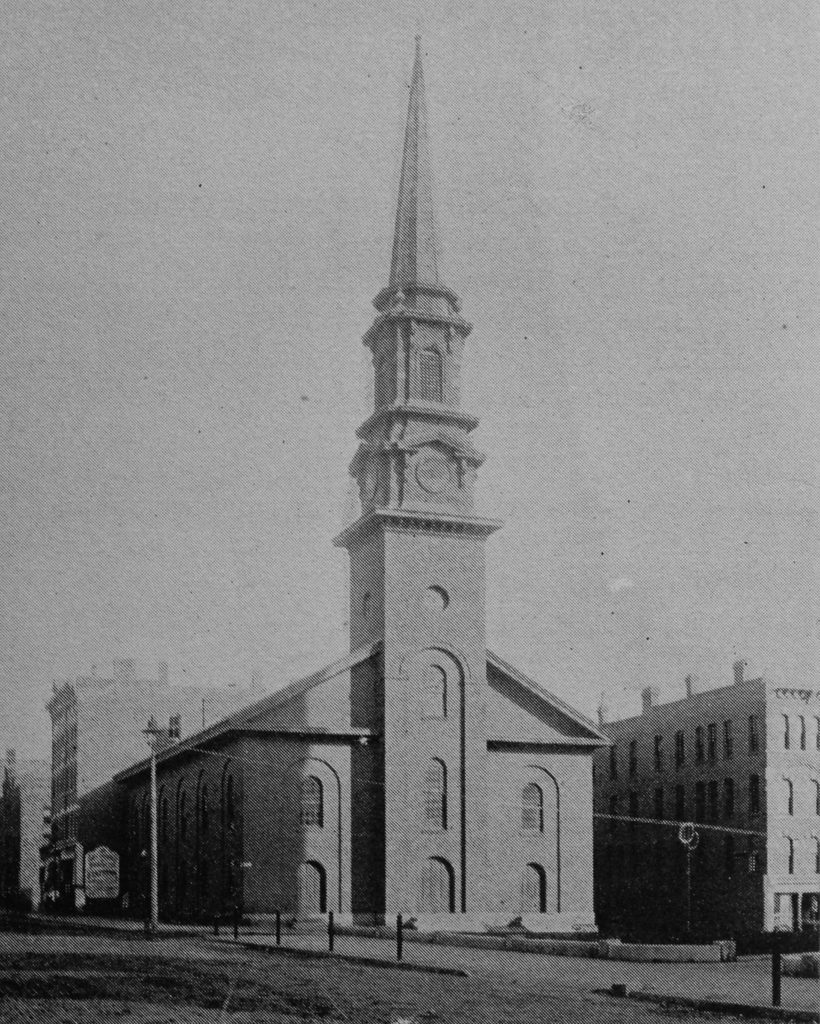 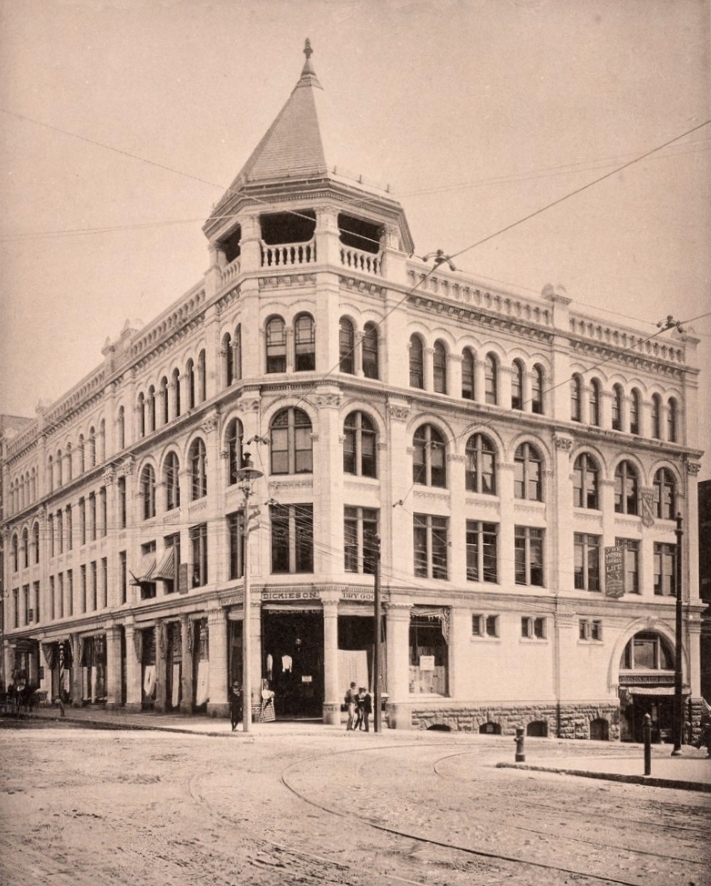 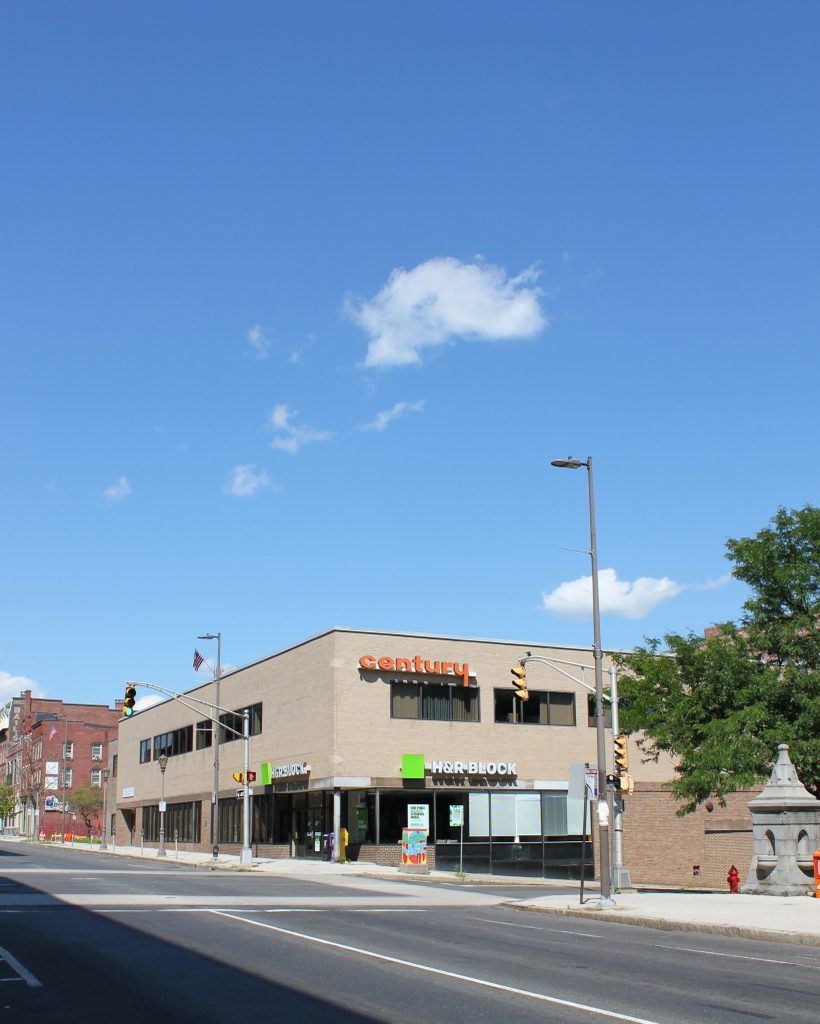 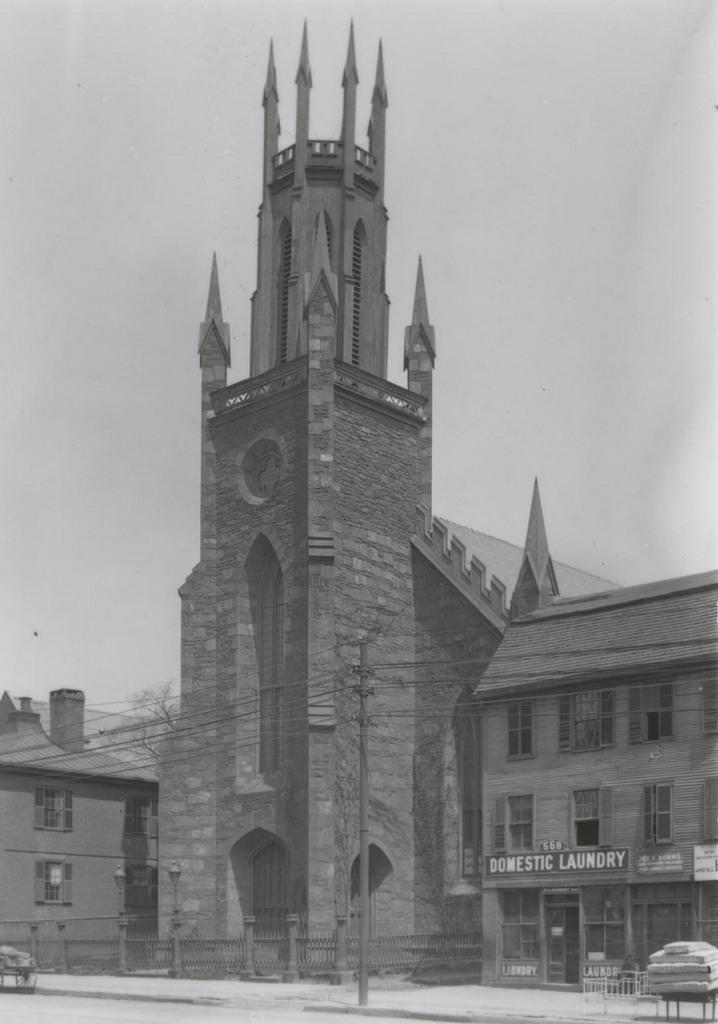 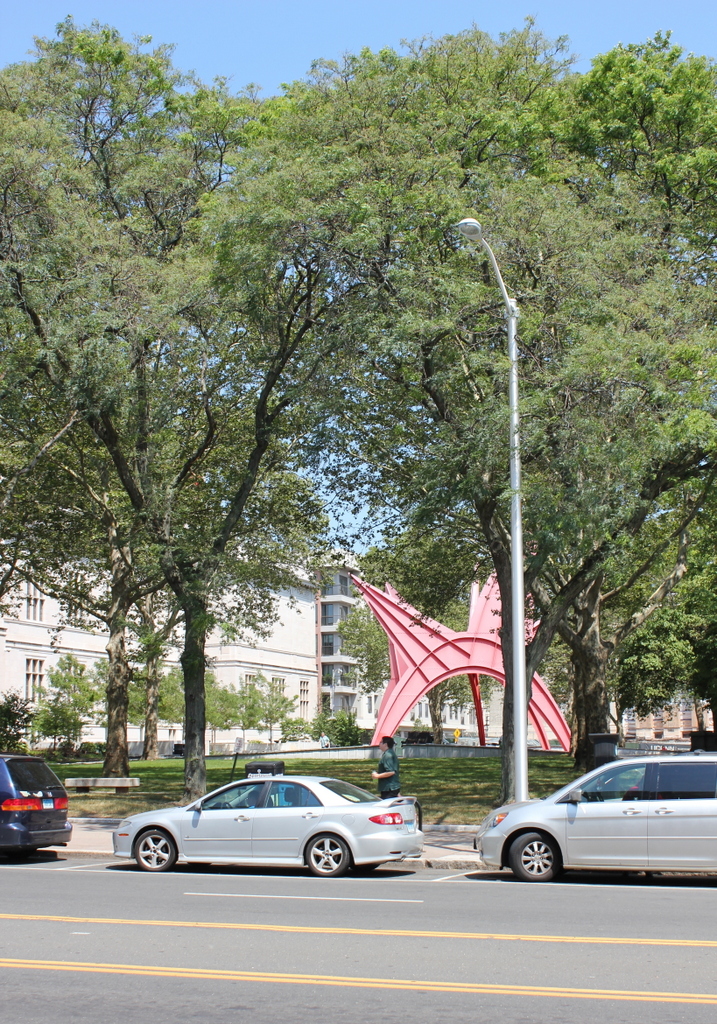